1776 people have viewed this lot

This lot is no longer available
Nicknamed in period ‘the Rolls Royce of scooters’ in the UK and even ‘the Cadillac of scooters’ in the USA, the Heinkel Tourist was produced in Germany by Heinkel Flugzeugwerke from 1953 to 1965. More expensive than a Vespa or a Lambretta, and generally heavier, more comfortable, and more stable, the Tourist was sold as an up-market scooter with features like a speedo, steering lock, clock, luggage carrier, and a spare wheel. It was built around a had a tubular steel frame to which pressed steel body panels were mounted. The frame-mounted four-stroke single-cylinder OHV engine (at a time when most scooters used two-stroke units) drove the rear wheel by a chain enclosed in the swingarm, enabling it to run in a sealed oil bath to both extend its life and prevent oil from contacting the rider. Heinkel's first prototype scooter was built in 1949, but production did not begin until 1953. There were five series: the 101 A0 (1953–1954), the 102 A1 (1954–1955), the 103 A0 (1955–1957), the 103 A1 (1957–1960), and the 103 A2 (1960–1965). Ours is a 103 A1, which boasted design refinements like a cast handlebar containing an instrument panel replacing the earlier tubular bars, while the engine got a two-bearing crankshaft and was now rubber-mounted to the frame to improve the ride. 50,050 Tourist 103 A1s were made before production ended in June 1960, while more than 100,000 of all models were manufactured in total. 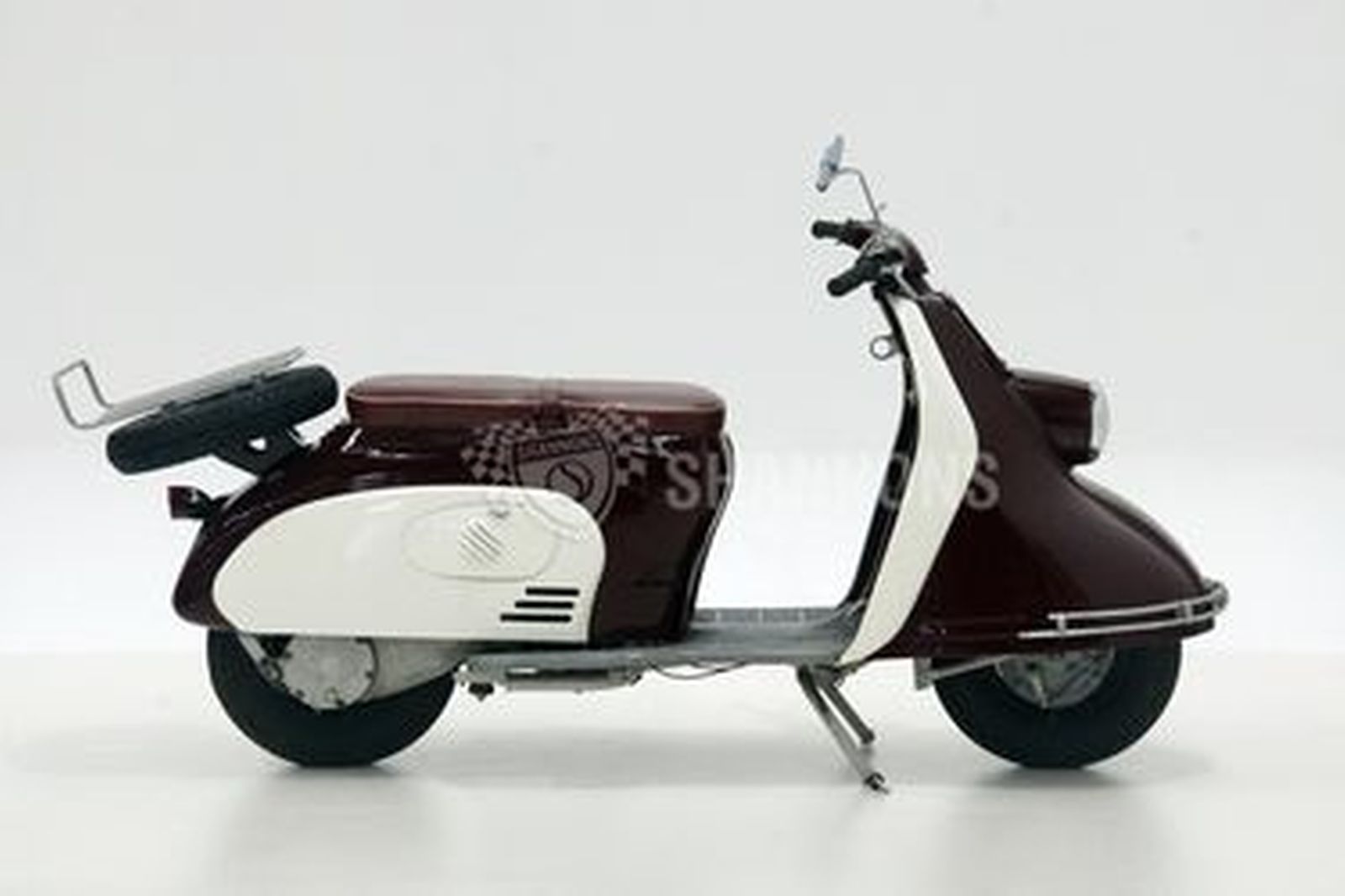