2141 people have viewed this lot

This lot is no longer available
Following on from the success of the Pantah-based 600 TT2 and 750 TT1 bikes of the early 1980s, Ducati released a road-going production version in 1985 badged the 750 F1.  Coinciding with the sale of Ducati to Cagiva, the F1 was a real road racer, boasting an alloy fuel tank, remote oil cooler, two-in-one exhaust system, floating discs and mono-shock suspension.  The air-cooled twin featured Ducati’s patented belt-driven desmodromic overhead camshafts and 9.3:1 compression for an initial power output of 62.5 hp at 7500rpm (improvements to the cylinder head, higher compression pistons and high-lift camshafts brought power up to 75hp at 9000rpm on 1986 models), while the compact TT2 frame was adapted for road use, wrapped in distinctive Italian tricolor fairing.  Ducati released three limited edition versions of the F1, the Montjuich, the Laguna Seca and the Santamonica, each commemorating a significant race victory.  All used 40mm Dell'Orto carburettors, hotter camshafts, a special Verlicchi exhaust, 4-piston Brembo calipers with fully floating discs front and rear, and an aluminium swingarm.  Although production of the 750 F1 officially ended in late 1986, the bike remained on sale in the United States until 1988.  These later versions adopted the Laguna Seca’s crankcase, gearbox, clutch and Kokusan ignition, along with updated bodywork including a dual seat.  According to Ian Falloon’s reference book “Standard Catalog of Ducati Motorcycles” just 1,801 750 F1s were produced in 1985-1986 (plus 700 of the limited edition versions), making this a very rare and collectible model in the history of Ducati motorcycles. 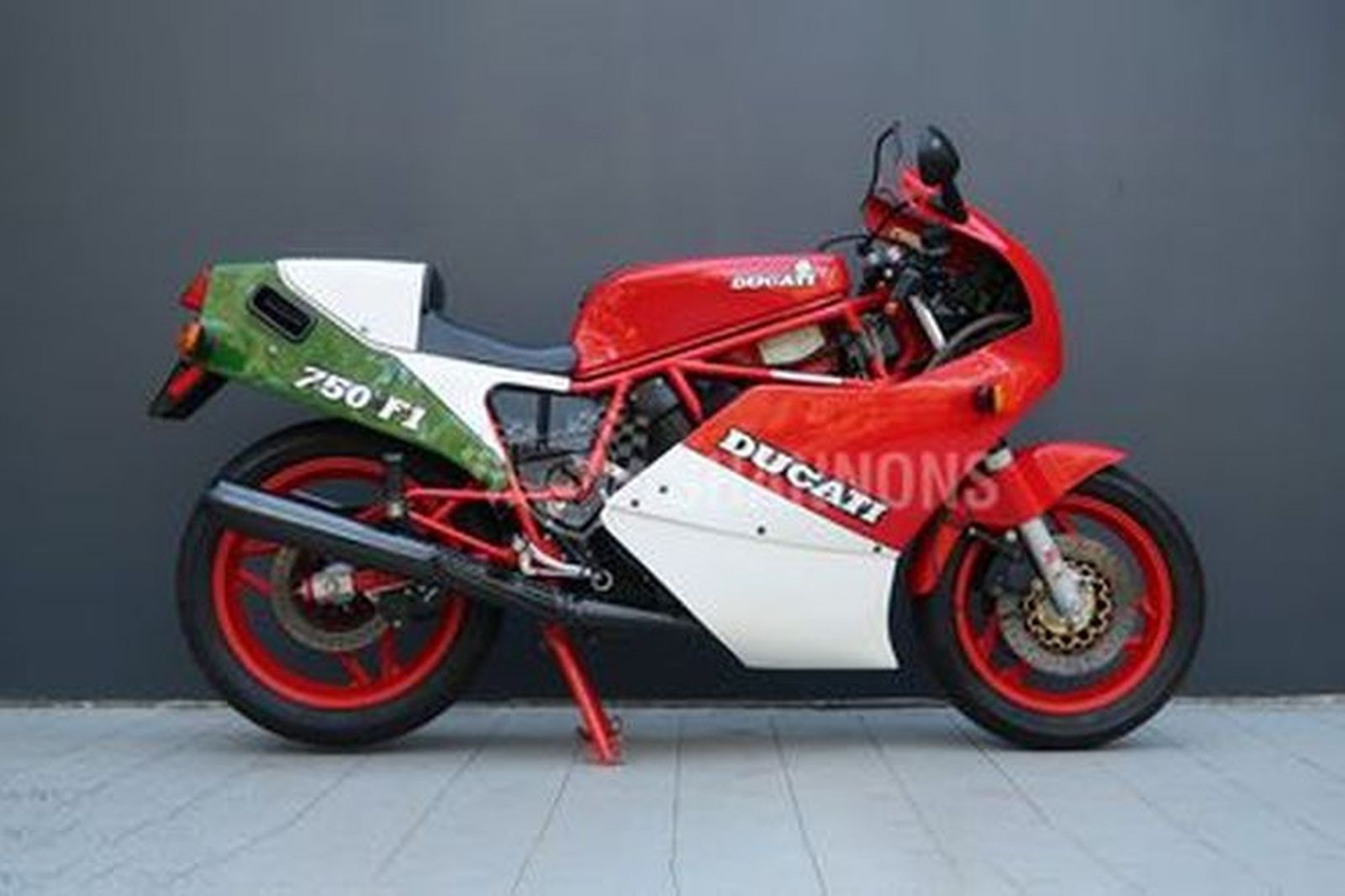 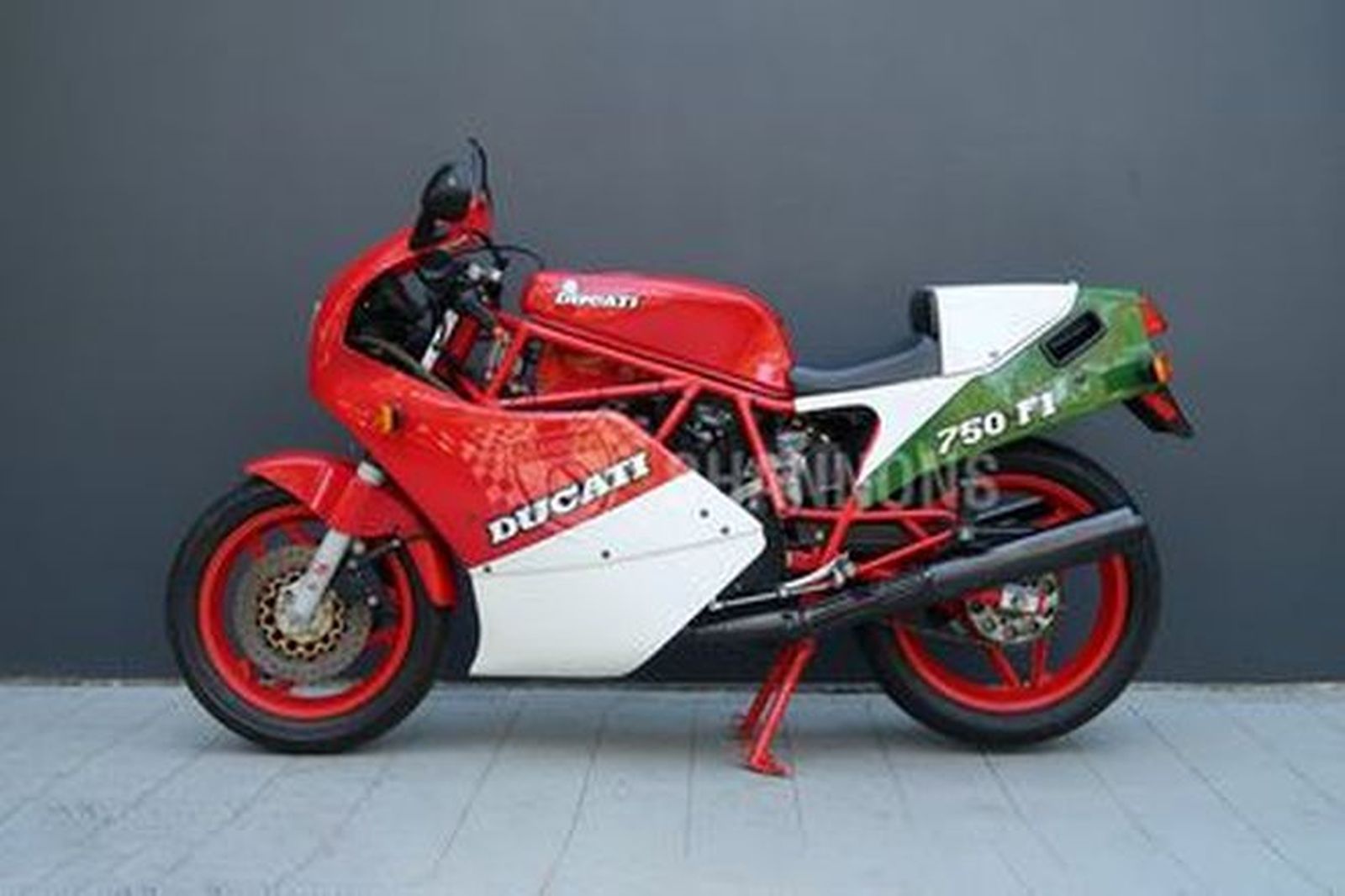