5360 people have viewed this lot

This lot is no longer available
The Galaxie was built in America by Ford from 1959 through to 1974. The name was used for the top models in Ford's range in an attempt to capture the excitement of the Space Race in period. Billed as “the newest since 1949”, Ford’s Galaxie underwent a major restyle for 1965, emerging with sharper, cleaner lines devoid of the excessive chrome ornamentation of earlier generations. The Galaxie’s new interior came with more luxury features and, for the first time, coil sprung rear suspension dramatically improved the ride. There were several trim levels available, including the intermediate 500 series (named after the 500-mile NASCAR events dominated by the big Fords), the sporting XL range or the luxury-oriented LTD. The 1965 models – with their signature stacked headlights – were the first Australian-assembled Galaxies, built at Ford’s Homebush factory in New South Wales. Designated the GE series and sourced from Canada in CKD form, local Galaxies were offered with a choice of Windsor 289ci or F E Big Block 390ci V8 engines, and used a right-hand drive woodgrain dashboard based on an earlier Lincoln Continental model. All Australian Galaxies were equipped with automatic transmission, power steering, power brakes and luxury features like washer/wipers and a three-speed heater/defroster unit. Proving popular with business leaders, politicians, and farmers, for whom a big, powerful American car carried a certain status, only the four-door sedan was offered to Australian buyers. With those attributes and being easy to work on, the Galaxie remains a popular classic Ford mode, with a loyal following and plenty of support from local clubs and specialists. 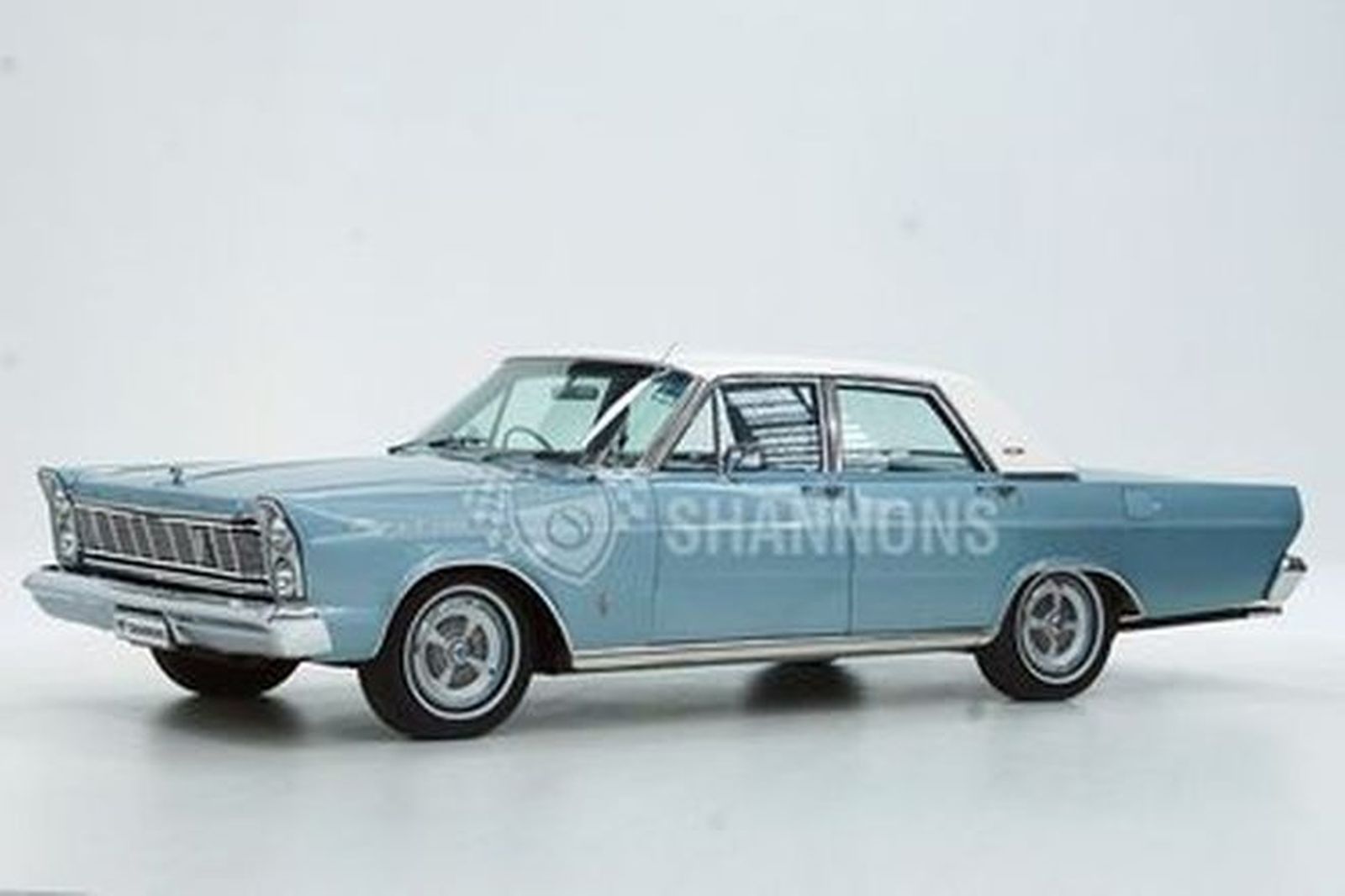