3842 people have viewed this lot

The Cadillac V-12 was manufactured from 1931 through to 1937 as its top-line model, surpassed only by the famous V-16 version. All were built in very small numbers. 1931’s Model 370A V-12 had a shorter wheelbase than the V-16, with a choice of 3556 mm or 3632 mm lengths, compared to the V-16's 3759 mm. Like the bigger-engined car, the Model 370A was offered the choice of Fisher or Fleetwood semi-custom bodies in five and seven-seater configurations. It was thus difficult to tell a Cadillac V-12 from a Cadillac V-16, unless you were close enough to read the "12" badge mounted on the headlight bar. Detail body differences were a shorter bonnet and smaller headlights and horns, while importantly the V-12 cost about $2,000 less for each body style, and so immediately outsold the V-16. The 1932 Series 370B V-12 model featured a radiator shell that flared at the top, more flowing fenders and curved running boards. Mechanical changes included a stiffer frame, a Cuno self-cleaning oil filter, and dual Detroit Lubricator carburettors in place of the Cadillac/Johnson units that had been standard equipment on Cadillacs for 20 years. Styling changes to the 1933 Series 370C (as here) included a V-shaped grill that blended into the painted radiator shell, a radiator cap hidden under the bonnet and skirts on the front and rear fenders for a more streamlined look. Fisher no-draft individually controlled front vent windows were a new standard feature. Just 953 cars were made in 1933, making a total of only 10,903 Cadillac V-12s over its seven-year model run. It was Cadillac's first, and to date, only standard production V-12 powered model.

Magnificent. That’s the word that springs to mind when you view this 1933 Cadillac V-12 limousine for the very first time. It has presence to burn, not to mention rarity on a global scale. Cadillacs of the era were seriously high-end motor cars and were equipped accordingly, inside and out. This particular example has been in Australia around 10 years and only used sparingly. It’s believed that prior to coming here it was in the one American family ownership from new. The Caddy retains its original left-hand drive and is finished in what’s thought to be its original jet-black paint, which is good for its age but tired, nonetheless. It’s crazed, chipped and marked from its many decades on the road and would certainly benefit from a repaint, or could be run as is as a ‘survivor’. Exterior features include dual horns, dual front fender mounted spares with hard covers, engraved exterior mirrors, dual fishtail exhaust pipes and a large luggage trunk on the rear-mounted rack. The black wire-spoked wheels are finished with wide whitewall tyres and centre hubcaps. Everything is there but age has caught up with it, with heavy patina evident on the curiously curved door handles and lighter patina on other details. Inside, this long-wheelbase limousine is luxuriously appointed with art-deco inspired furnishings which are said to be all-original. The rear compartment is huge and features two fold-down rear-facing ‘jump’ seats to give it a seven-seater capacity. There are even individual silk roller blinds complete with baubles and tassels like your Aunt’s, on each of the rear compartment windows! The entire cabin is finished in Fawn cloth with matching carpets and headlining, some of it showing wear and tear in places and needing a good clean in others. The radiator has been re-cored but there’s also other work to be done such as repairing the broken right rear side window glass, a badly torn roller blind, and some frayed cloth weather sealing around the driver’s door. Those are all things that should be easily rectified; however, the important thing is that the Caddy is complete and very original. Just 953 of these were built in 1933 so they are very, very rare, this may well be the only example in original condition anywhere. Quite probably the only one in Australia, it’s a magnificent machine that deserves some TLC from an enthusiastic new owner. This 1933 Cadillac V-12 limousine is being offered for sale here unregistered.
Note: Shannons advise that all potential buyers research all vehicles before purchase to authenticate originality. 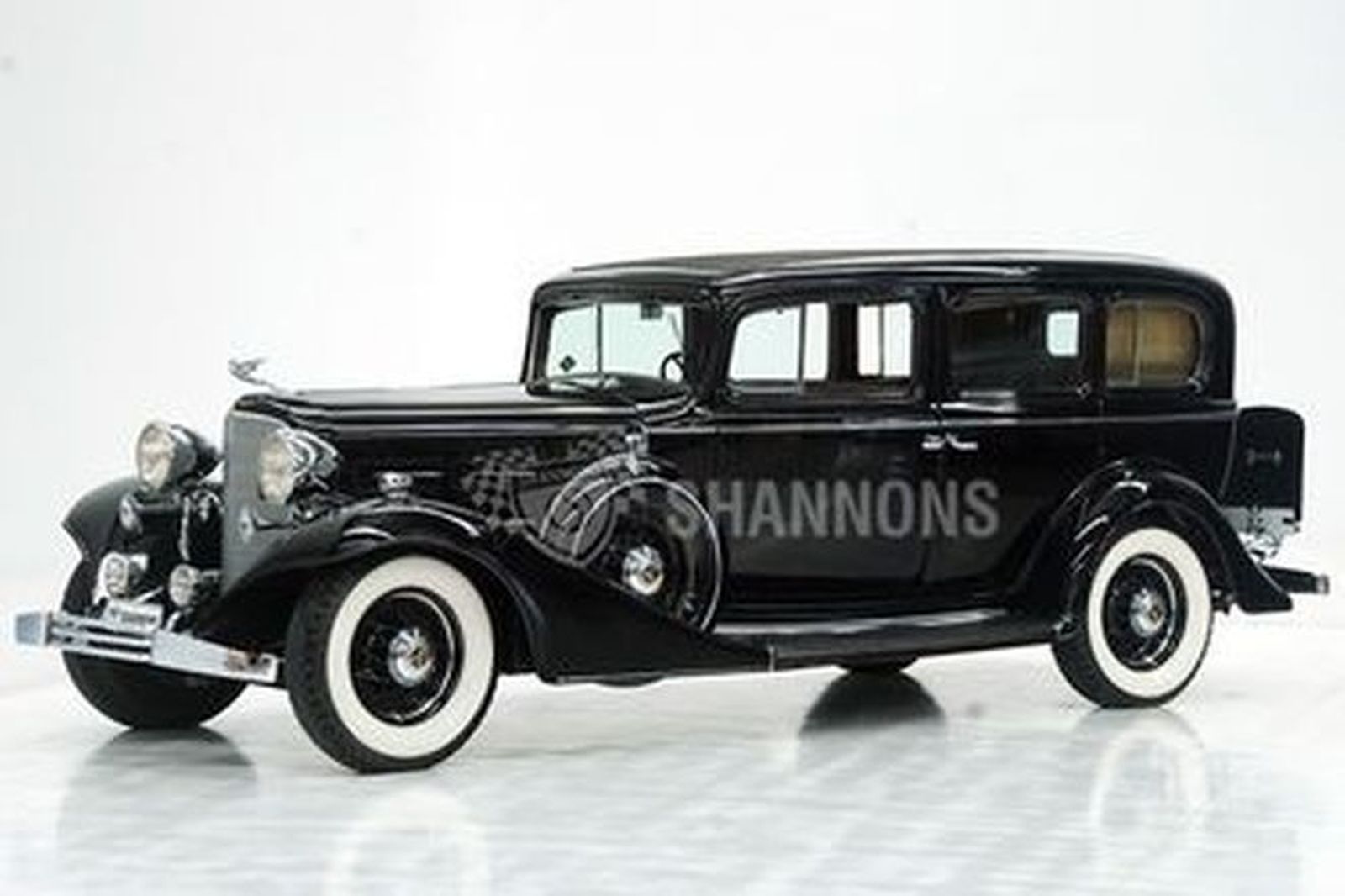