3882 people have viewed this lot

Harley-Davidson’s 1948 FL motorcycle introduced a number of changes over the preceding Knucklehead, updates that showed the company wasn't resting on its laurels.  Changes came thick and fast in the post war years; 1948 saw the opening of a huge new engine production facility in Wauwatosa, Wisconsin, a few miles west of the old Milwaukee factory.  But that year's biggest news came in the form of Harley's new FL model with its "Panhead" V-twin.  Replacing both the 61-cubic-inch overhead-valve Knucklehead and the 74-cubic-inch flathead V-twins, the overhead-valve Panhead was available in the same two displacements and incorporated several improvements.  Beneath the pan-shaped rocker covers (from which it got its nickname) lay aluminum heads that were lighter and provided better cooling than their cast-iron predecessors.  Hydraulic lifters reduced valve noise and eliminated most adjustments, while longer engine life was achieved with an improved oil circulation system.  A decade into Panhead’s lifespan, the Duo-Glide announced for the 1958 model year was a major innovation in the history of Harley-Davidson, introducing proper rear suspension in the form of a swingarm with coil-over shocks and replaced the Hydra-Glide as the big touring bike of choice.  Despite the lack of a rigid rear end, the sprung seat was retained and Harley continued to build two versions of the 74-cid Big Twin, either the low compression FL or the high compression FLH, the former gaining in reliability and ease of starting what it lost in outright performance.  Much of the aesthetic appeal of the Duo-Glide can be credited to the Panhead motor, the mainstay of early post-war Harley-Davidson production.  Termed "The Glide Ride" by Harley-Davidson, these chrome-laden bikes were the two-wheel equivalent of the Cadillac Eldorado and many fans regard this as the most beautiful bike ever made.

• Fabulous Harley-Davidson Duo Glide motorcycle
• Recently serviced
• Offered with No Reserve
Understood to have spent 37 years sitting in a shed in Queensland, this fabulous 1960 Harley-Davidson FL Duo-Glide was purchased by the current NSW owner from a Deceased Estate in November 2017. Evidently the subject of some mechanical and cosmetic refurbishment in the past, the vendor hasn’t ridden the Harley but a major service was carried out in preparation for sale by Macksville Motorcycles of Macksville, NSW.  Work included rebuilding the carburettor, overhauling the brakes with new shoes, servicing the forks, replacing the steering head bearings, attenting to some wiring issues and carrying out a full polish and detail, with invoices totalling almost $2,500 on file.  One of the best looking Harleys of all time, the highly collectible FL Duo Glide will be sold unregistered and with No Reserve.

AMENDMENT: The catalogue states the bike spent 37 years sitting in a shed in QLD – we are advised it spent this period of storage in the USA before being imported into Australia in 2017 and sold to the vendor.  A copy of the relevant Import Approval has been supplied by the vendor and will be included in the sale. 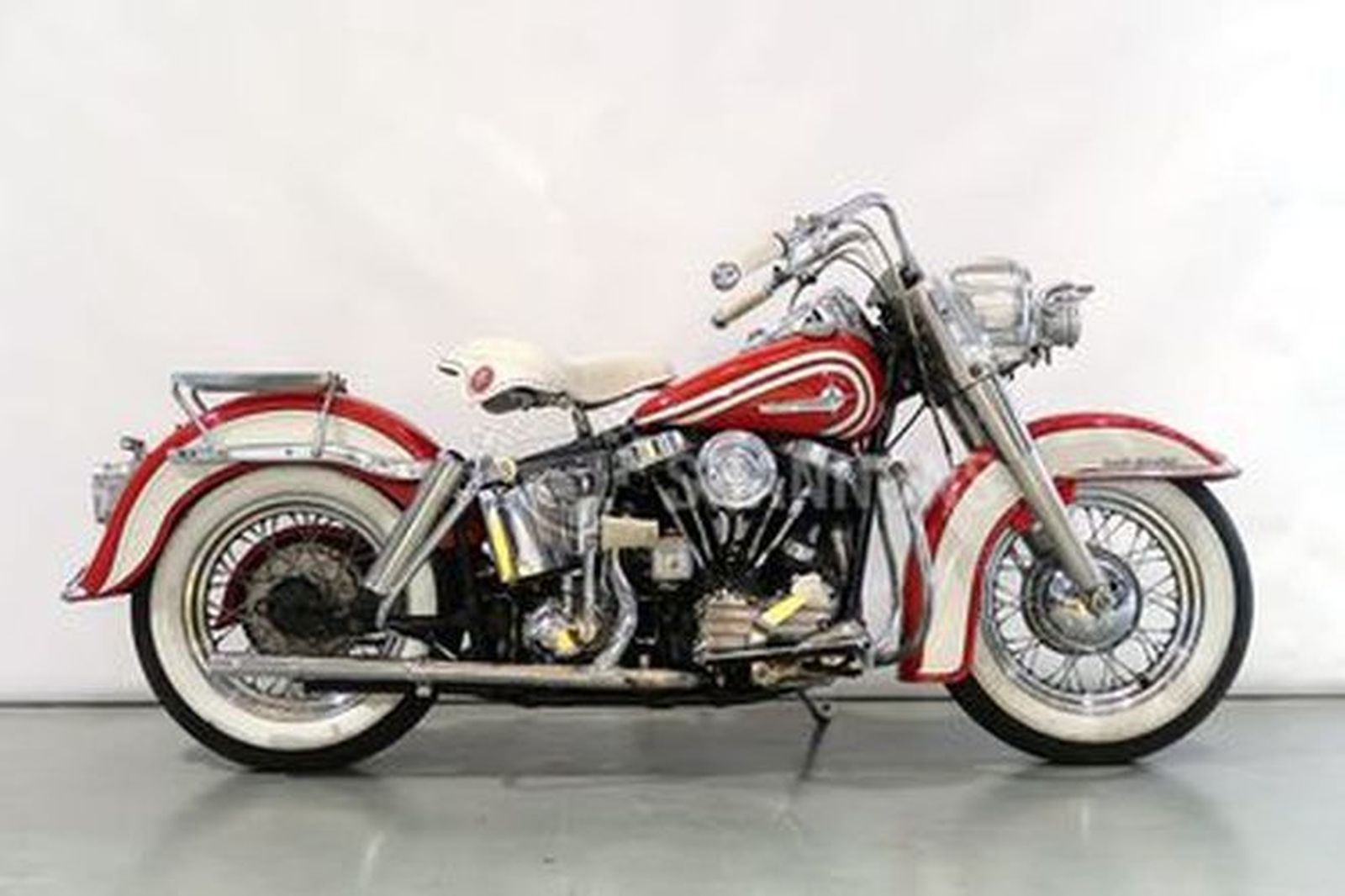 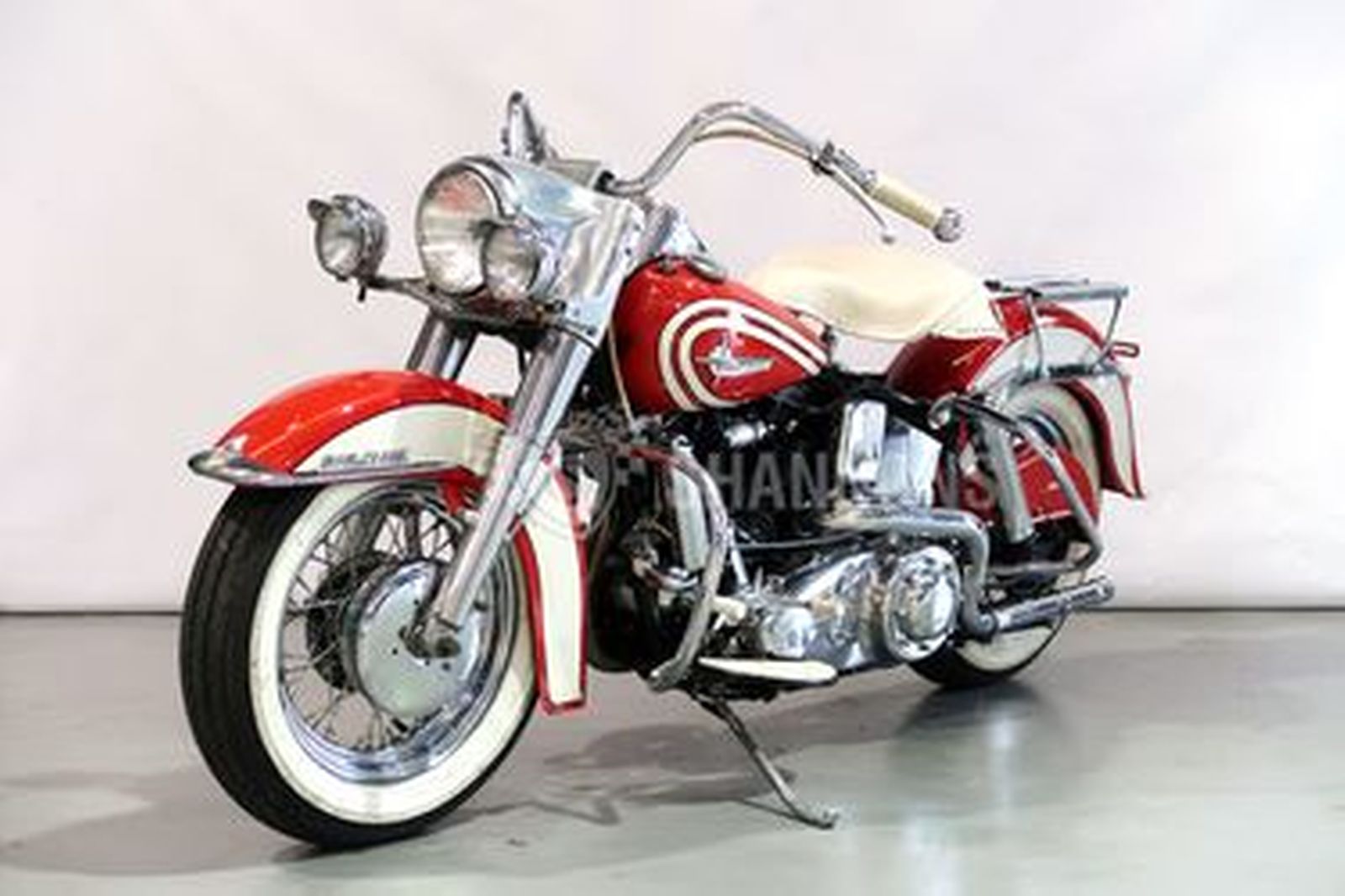