8638 people have viewed this lot

An Aussie muscle car icon, the Charger was launched in August 1971 as a fastback version of the VH Valiant to cries of “Hey Charger!” (a phrase coined by advertisements for the new model) and proved an instant sales success. Buyers couldn't get enough of the sporty newcomer and sales of the Charger soon accounted for roughly 50 percent of Valiant production. Not surprisingly, Chrysler wanted in on the success enjoyed by Ford and Holden on the racetrack and in the Charger, they had the perfect vehicle. One spin-off of that was the development of a homologation special and thus the Road/Track high performance pack was born. Setting the R/T apart visually were black stripes wrapping around the tail spoiler (with the optional of bonnet blackout and vertical stripes behind the front wheel arches) along with a range of bold colours with names like Vitamin C, Hot Mustard and Hemi Orange. The grille was blacked out and featured quartz-halogen driving lights, while styled steel wheels were also unique to the R/T, along with full instrumentation and a two-spoke aluminium steering wheel. The R/T was available with three engines; the 265ci six, the E37 Street Six Pack or the homologation special E38 Six Pack. Of the 17,918 VH Chargers built, only 1300 had the R/T pack, making this a very collectible Charger indeed.

Just as it did in period on the racetracks of Australia, the Valiant Charger’s appeal to enthusiasts has always stood in the shadows of its muscle car brethren like the Falcon GTHO, Monaro GTS 350 and Torana XU-1. Over more recent years that has changed, and the Charger has become increasingly sought after, especially the E38 and E49 racing models. Those models were based on the sportiest road-going Charger model, the R/T, of which this example is the third ever built! (Chassis 003) It’s also the first Hemi Orange car made, as chassis 001 and 002 were finished in Hot Mustard. In the hands of the current vendor since being sold by Shannons in 2006, this Chrysler coupe underwent a complete and comprehensive restoration to original specifications by its previous owner. Its only deviation from standard is its E37-spec triple webers (the original twin barrel manifold can be supplied), an original Borg Warner four-speed manual gearbox (replacing the standard three-speed) and a 3.23:1 back axle ratio. Having travelled less than 2000 miles over the past 14 years, this R/T is in great condition throughout. Its refreshed paint is still in excellent condition, with only some minor tarnishing to the chrome evident, while the polished factory alloys continue to present well. Inside it’s also in great condition for its age, with some patina to the plastic chrome, maybe some retrimming to the armrests, and the original radio still in place. It’s a great example that would please any Australian muscle car enthusiast. Previously on full Victorian registration, this significant Chrysler Valiant Charger R/T is being offered for sale here unregistered.
Note: Shannons advise that all potential buyers research all vehicles before purchase to authenticate originality. 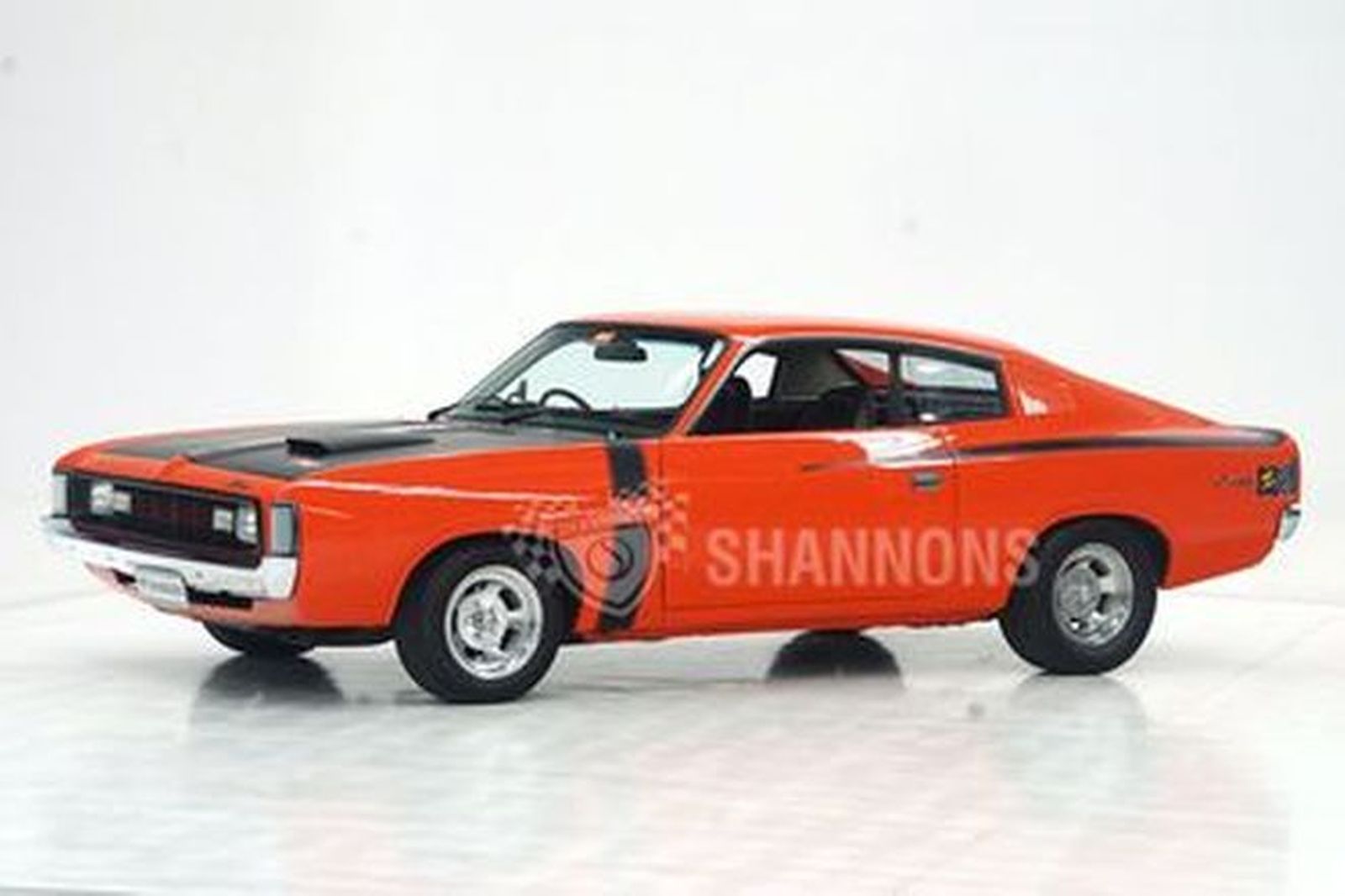