4935 people have viewed this lot

One of the most influential sports cars of the immediate post-war era, Jaguar’s XK120 stunned the world when it first appeared at the 1948 Earls Court Motor Show.  The combination of streamlined styling and a powerful overhead-camshaft six-cylinder engine put the XK120 in a league of its own, with a top speed of 120 mph in an era when most cars could barely top ‘the ton’.  In a Britain still struggling to recover from the dark days of the war, the XK120 captured the public’s imagination in a way few cars before or since have done and Jaguar successfully exploited this through a series of record breaking attempts and of course, on the track.  A strong showing in competition certainly did the XK120s reputation little harm – in its most highly developed form, as the XK120C (or C-Type as it is usually referred to), the model won the gruelling Le Mans 24-hour race on no less than two occasions while standard cars were successfully campaigned all over the world.  Powered by a brand new 3.4-litre twin-cam six-cylinder engine developing 160 horsepower, the XK120 was the fastest production car of the day.  Initially available as a roadster only, Jaguar added a stylish fixed-head coupe and more luxuriously equipped drophead coupe to the line-up.  With most earmarked for export, few XK120s were built in right-hand drive guise and of the 1,175 roadsters made for RHD markets, just 192 steel-bodied examples were delivered in Australia.  As values of the XK sports models have soared in recent years, XK120 roadsters have become increasingly sought after and finding an original, Australian delivered example is all too rare.  Had the car been produced in the limited numbers originally envisaged by Jaguar, values today would arguably be on a par with low volume exotics from Aston Martin, Ferrari or Maserati – cars in whose company the XK120 can stand tall.

Acquired by the current QLD owners at a Shannons auction in Melbourne back in 2010, this fabulous XK120 was previously restored in the UK and still presents in wonderful condition today.  Commissioned by a Melbourne-based enthusiast back in 1989, the concours quality restoration was carried out by Country Classic Cars Ltd of Southam, Warwickshire at great expense, incorporating a number of upgrades including a C-type cylinder head, special camshafts with 3/8” lift, a lightened flywheel and 2” SU carburettors.  The suspension was rebuilt with stiffer torsion bars and rear springs and a dual exhaust fitted.  Cosmetic improvements included Lucas fog lamps and 54-spoke chrome wire wheels with knock-on hub caps.  Finished in British Racing Green with contrasting tan leather upholstery, the car was duly registered in Victoria using the numbers on the reproduction ID plate mounted on the scuttle and enjoyed by the original customer for a decade before joining the current QLD owner’s small collection of British sports cars in 2010.  Used sparingly for local car club events, the XK120 was the owner’s personal favourite and it’s easy to understand why – the sensational looks are backed by a fabulous sound from the upgraded exhaust, the motor pulls cleanly and the car drives superbly.  In the process of cataloguing the car, Shannons staff uncovered the XK120’s true identity – a left-hand drive Special Equipment car with chassis number S674227 that, according to the Heritage Trust Certificate, left Brown’s Lane on August 26, 1953 bound for North American dealer Charles Hornburg.  Although partially erased on the chassis frame, the number can be corroborated against the original body number (F6335) tag still present on the scuttle.  Respected Jaguar XK historian and author John Elmgreen has inspected the car and his findings are available to prospective buyers.  Currently sold unregistered, the Jaguar comes with side curtains, hood and tonneau cover plus some tools and a copy of the XK120 workshop manual.
Note: Shannons advise that all potential buyers research all vehicles before purchase to authenticate originality.
*The Bid Extension rule applies to all lots 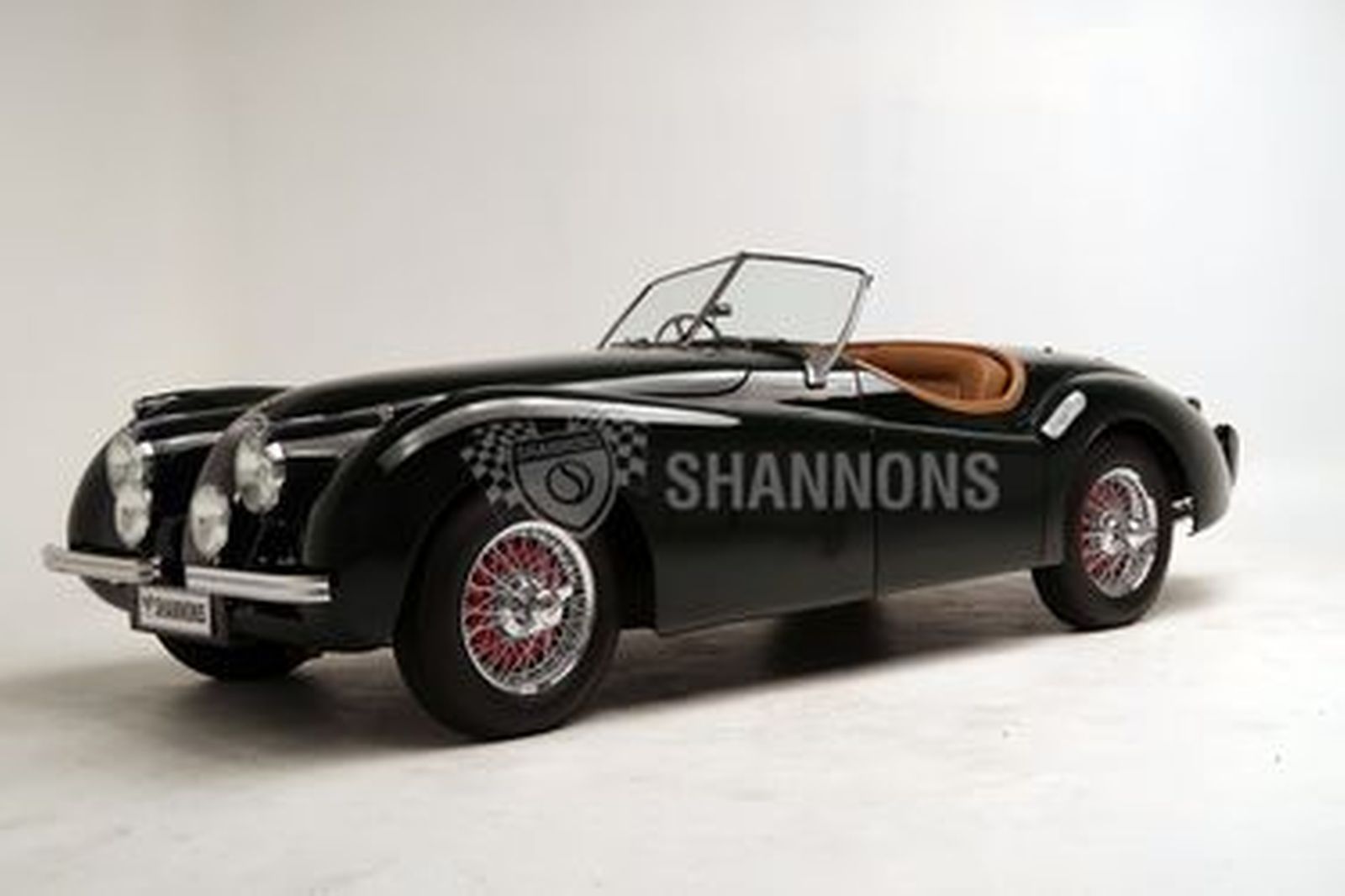