2225 people have viewed this lot

The Alvis Three Litre TC21 was produced by the British manufacturer between 1953 and 1955. Based on the earlier TA21, the TC21 was an updated version available only as a 4-door saloon (there was no drophead sedan version as there was with the TA21) and, in later TC 21/100 form, also as a 2-door drophead coupé. The bodies were made for Alvis by Mulliners (Birmingham). Standard features of note at the time included a sunshine roof, separately adjustable front seats, heater demister and Trico windscreen washers. Later TC21s also had chrome-plated window frames. The 2993 cc engine was upgraded to produce 100bhp by modifying the cylinder head and fitting twin SU carburettors. Suspension was the same as the TA 21, independent at the front using coil springs, with leaf springs at the rear. The 279 mm Lockheed drum brakes were also retained. Just 757 Alvis TC21s were produced over a two-year period during a very difficult time for the British Motor Industry, and though it remained in the catalogue, it was in practice replaced by the TC21/100 ‘Grey Lady’ in 1955.

This globally very rare 1953 Alvis TC21 saloon presents very well. Nicely finished in burgundy over silver outside, the paint is in good condition with just a touch of patina. Inside there’s charming brown leather and period wood trim, also nicely presented, a real touch of old-world motoring. To make this Alvis more useable in today’s modern traffic condition, there have been some practical improvements as well, such as a brake booster and seatbelts. Maintenance to the vehicle over recent years has included a new radiator core, new battery and tyres, and a complete brake service. This is a ready-to-go classic that has scope for further improvement if desired. Complete with an Instruction Manual and a library of relevant books, plus original tools, jack and spare wheel, this Alvis is ready to go for family club day cruising, and will be offered for sale unregistered.
Note: Shannons advise that all potential buyers research all vehicles before purchase to authenticate originality. 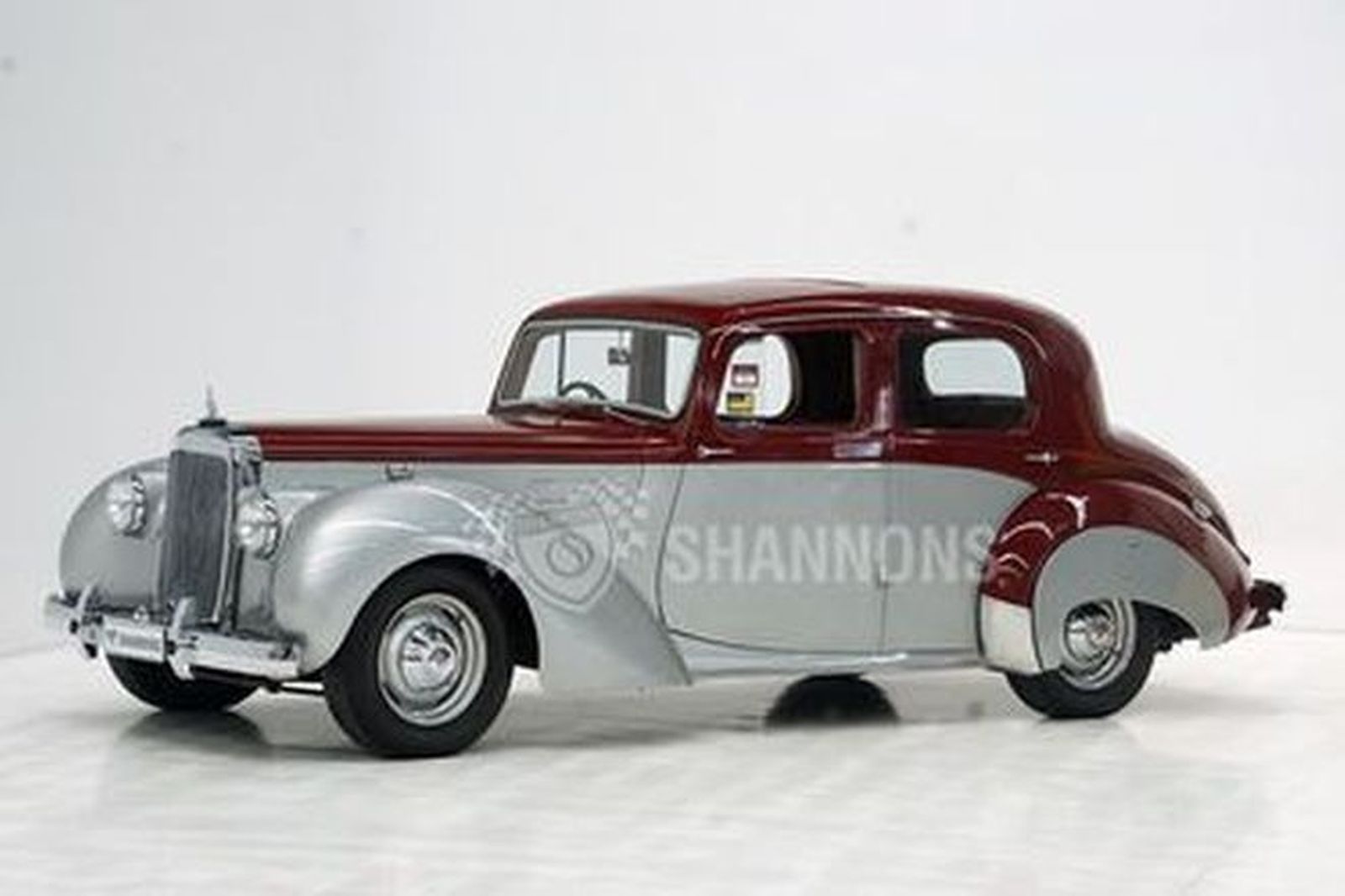