4804 people have viewed this lot

Unveiled on the Swallow Sidecar stand at the Motor Show in October 1935, the original 2 ½-litre saloon featured a revised version of the overhead-valve engine mated to an uprated Standard synchromesh gearbox.  Engineer William Heynes developed the new model shortly after joining SS Cars in April 1935, revamping the existing SS1 chassis frame with perimeter members boxed-in for additional rigidity, improved damping and the latest Girling hydraulic brakes provided excellent stopping power.  Badged as a Jaguar for the first time, the beautifully proportioned and extremely elegant coachwork wore huge Lucas P100 lamps and featured an integrated boot complete with a tray of tools, the start of a long-standing Jaguar tradition.  Riding on 18-inch Dunlop knock-off wire wheels, the SS Jaguar saloon was described by The Autocar as “a real masterpiece of aesthetic and practical proportioning”.  Sold alongside the 2 ½-litre was a smaller version developed as a replacement for the SS2, powered by the existing side-valve four-cylinder engine displacing 1608cc – in effect a scaled-down version of the larger saloon lacking none of the engineering features or equipment.  Rated at 52 bhp at 43000 rpm, the Standard motor had a 6:1 compression ratio and drove through a four-speed gearbox.  Catalogued from September 1935 until the heavily revised model appeared in March 1938, a total of 2,249 1 ½-litre saloons were completed - all in right-hand drive guise – along with a small number of dropheads from 1937 onwards.  When production resumed post-war, the cars were badged simply as Jaguars, all reference to SS understandably dropped and left-hand drive cars were made for export markets for the first time.  The 1 ½-litre SS offered an unrivalled combination of style, equipment levels and value for money, setting a standard for generations of future Jaguars.

The earliest 1 ½-litre saloon dispatched to Australia and the 95th example built, this significant SS Jaguar was ordered through Tozer, Kemsley & Millbourn in 1936 and dispatched on March 10 that year.  As documented in the book “The Foreunners of Jaguar in Australasia & South East Asia” published in 2004 by authors John Clucas and Terry McGrath, the car is almost certainly the example displayed on the Talbot & Standard Motors stand at the 1936 Melbourne Motor Show held at the Royal Exhibition Buildings, alongside the sister 2 ½-litre saloon 10467 - a car that coincidentally ended up in the same collection many years later.  Nothing is known about the original owner Mrs A Fullerton and the SS didn’t surface again until the mid-1960s, when it was sold by a dealer on Parramatta Road to someone who had the coachwork refurbished by Ron Ferguson’s Vintage & Veteran Restorations of Belrose (later Lidcombe).  Sadly the SS Jaguar deteriorated after being stored outside for a number of years and it wasn’t until 1996 that it came into the possession of the most recent late owner, an enthusiast in the Wollongong region who already owned the aforementioned 2 ½-litre Motor Show car.  The new custodian began the task of returning the car to its former glory and by 2002 the restoration was reportedly well on the way.  Emerging from years of storage following the owner’s passing, the SS Jaguar presents as an exciting restoration project today – the bodywork has clearly been refurbished but the interior still needs to be finished, with lots of timber and trim items not fitted.  The front seats are just the shells while rear seat is missing entirely, while the sunroof cover/mechanism also needs to be repaired and the tool tray is lacking all the tools.  Mechanically the car appears to be complete but hasn’t been started since arriving in the Shannons’ Sydney showroom.  A relatively simple and rewarding restoration project, the SS Jaguar would be a fabulous entry at Motorclassica, returning to the same venue it was displayed in 84 years ago.  Offered for sale on behalf of the long-term owner’s family and currently unregistered, the car will also be sold with No Reserve.
Note: Shannons advise that all potential buyers research all vehicles before purchase to authenticate originality. 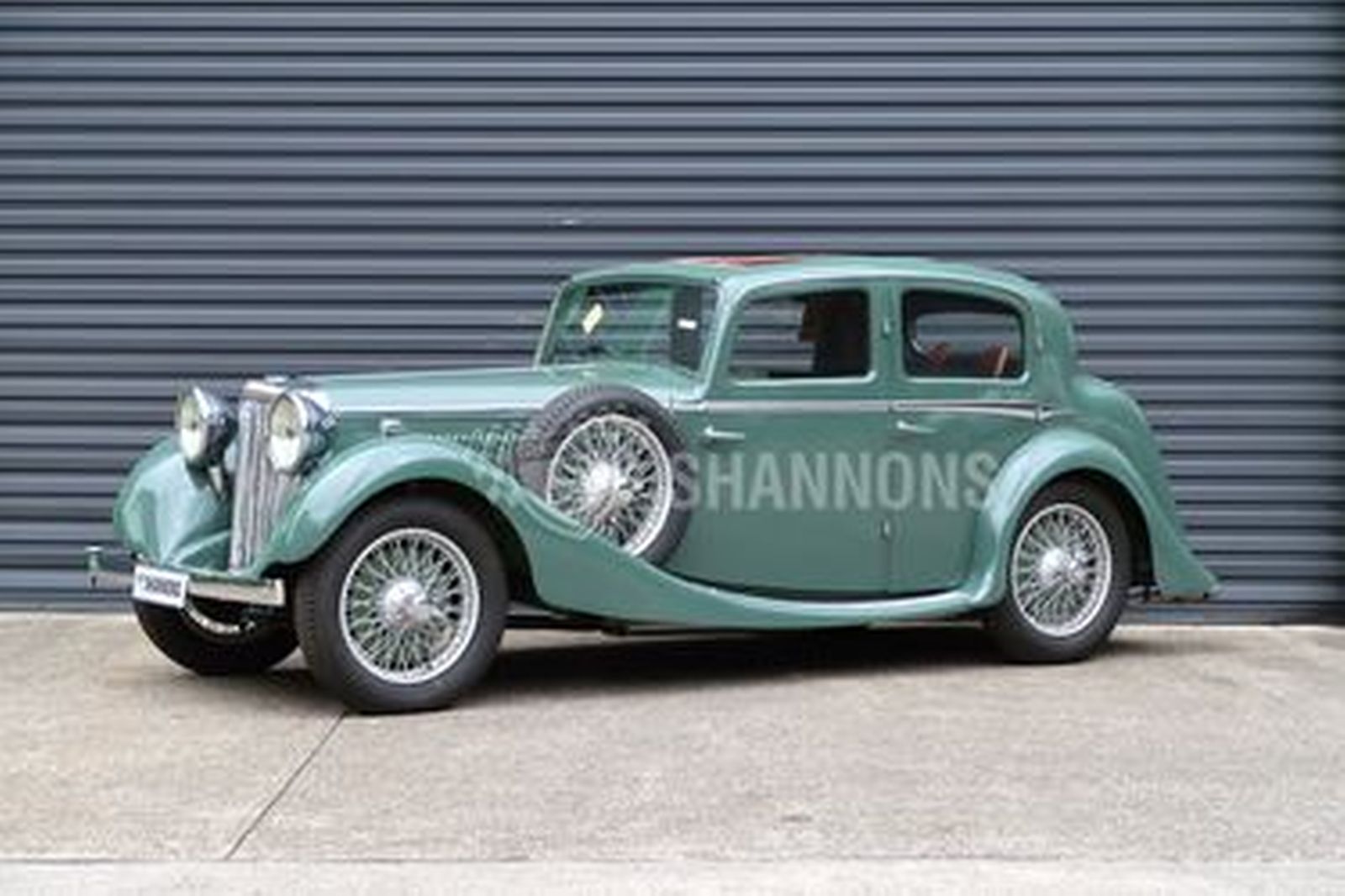