4485 people have viewed this lot

Launched alongside the XK120 at the 1948 London Motor Show, Jaguar's new large saloon, designated the Mark V, was a traditional design utilising the overhead-valve in-line six-cylinder inherited from the pre-war SS. The Mark V had a new box-section chassis design, with independent front suspension using a torsion bar and double wishbones. Another big advance was the adoption of Girling hydraulic brakes, and the car was sold in both 2.5-litre and 3.5-litre versions. The Mark V was marginally restyled from the previous model, with a more raked windscreen, thinner pillars and rear spats all contributing to the stylish lines and it was offered in both saloon and drophead form. There was still plenty of chrome, particularly around the grille and the leaping cat mascot was a popular option. The standard wheel was a 16-inch steel disc, but wires are often fitted to improve the appearance today. The Motor magazine recorded the stately time of 20.4 seconds for 0-60 mph and a top speed of 90.7 mph. A total of 7814 Mark V Saloons were built between 1948 and 1951 with the 3.5-litre engine and relatively few of these survive today. The Mark V Jaguars are ideal club cars, with plenty of room for friends and family, or the perfect classic wedding vehicle.

In some ways the best of both worlds, this ‘modified’ 1950 Jaguar Mk V has done service as a hire car for a number of years now. Owned for the past 20 years and part of a fleet of such vehicles, this Mk V was fitted with a rebuilt Holden Commodore 3.3 litre in-line six-cylinder engine and matching four speed manual transmission in 2013. Its accompanied by the appropriate Engineer’s Report and Vic Roads approval paperwork. To look at it though, you would never guess it is anything other than a standard 1950 Jaguar. It is finished in a very period two-tone Black over Ivory, this paintwork now a bit tired with a few blemishes here and there, and there’s also various degrees of pitting on the chrome body furniture. It sits on original-style steel wheels with hubcaps and wider 205/75R15 thin-white walled rubber, perhaps the only visual indicator that all is not quite standard with this British saloon. Inside, the cream leather trim has seen its share of Brides and remains in pretty good condition throughout, with just a few marks to the driver’s seat. The carpets and felt headlining are beige and in good nick, as is the extensive lustrous woodwork. And there is air conditioning fitted. A classic design with an imposing presence, it’s easy to understand why this model is such a popular choice as a ‘special occasion’ vehicle. At one stage on full Victorian registration, this modified Jaguar Mk V is being offered for sale here unregistered.
Note: Shannons advise that all potential buyers research all vehicles before purchase to authenticate originality. 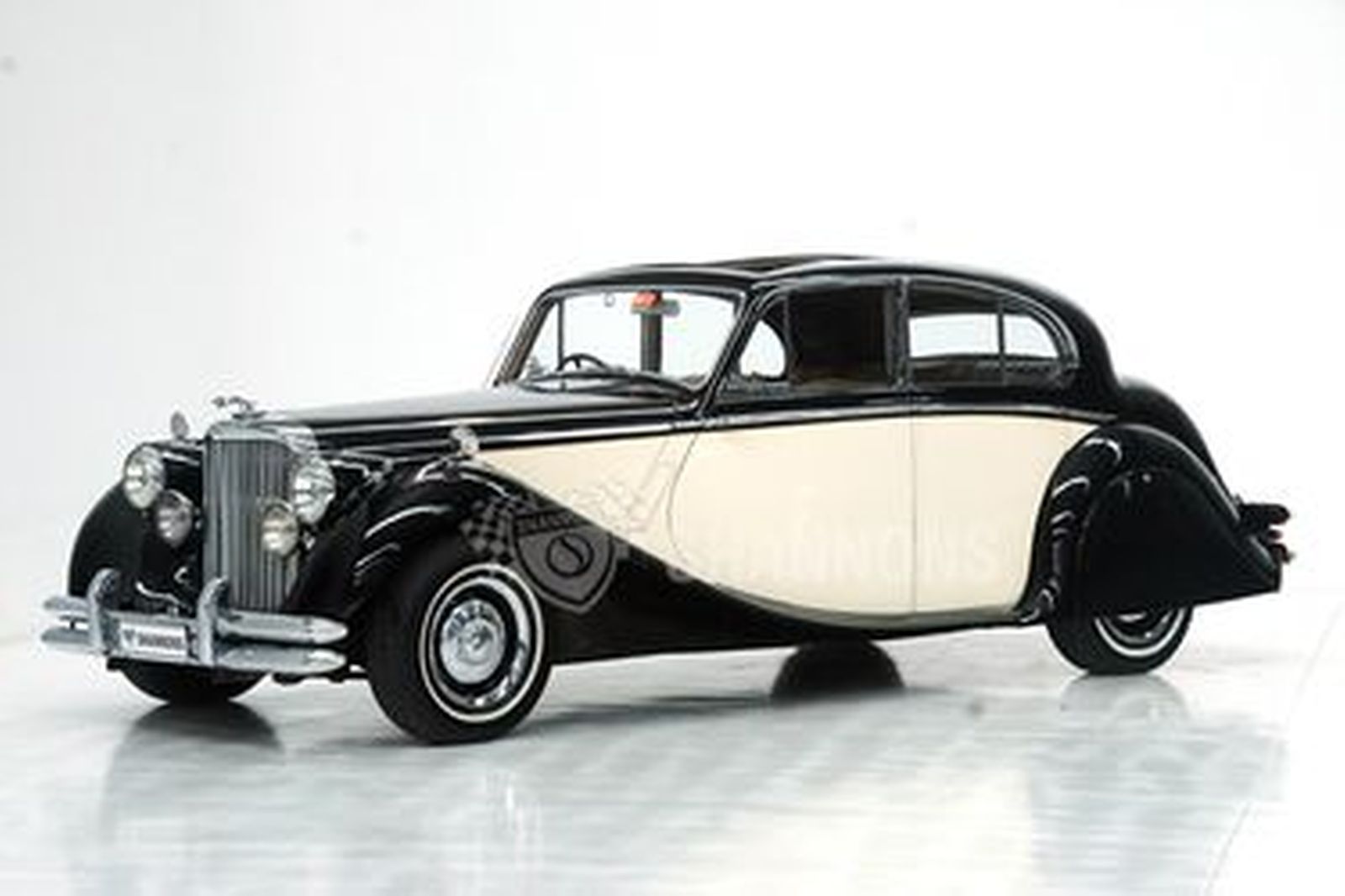