8769 people have viewed this lot

The last traditional air-cooled 911, codenamed the 993, was unveiled by Porsche at the 1993 Frankfurt International Motor Show, becoming the most radical update of the iconic model since its launch almost 30 years earlier.  The 993’s shape saw a cohesive and nicely resolved softening and updating of the 911’s lines, with new ellipsoidal headlamps mounted in flatter, wider front wings, new tail light treatment, while the ‘Whale Tail’ gave way to an electrically operated spoiler that integrated with the rear body when not in use.  Initially sold in coupe form only, the 993 range expanded to include both cabriolet and targa variants, the latter appearing in 1996 with a clever retractable glass roof design and unique 2-piece 17-inch Speedline wheels.  Under the skin, the latest 911 featured a completely reworked version of the venerable flat six, still displacing 3.6-litres but with a stiffer crankshaft, lighter connecting rods and pistons, bigger valves and rocker arms, eliminating vibration problems found in its predecessor, the 964.  A new six-speed manual transmission and Tiptronic four-speed auto, revised front and multi-link rear suspension, Bosch’s latest ABS and the option of an active brake differential (ABD) were other key new technologies employed.  The interior also came in for some revision, with new seats, door trims and switchgear.  Recognised as the last of the air-cooled 911s, just 4,619 993 Targas were built in a three-year production run from 1996-1998 and they are fast becoming a collector’s item.  The number of Targas delivered to Australia was particularly small - just 25 made it here in total, of which eight were sold in 1996 and locally-delivered cars rarely come up for sale. 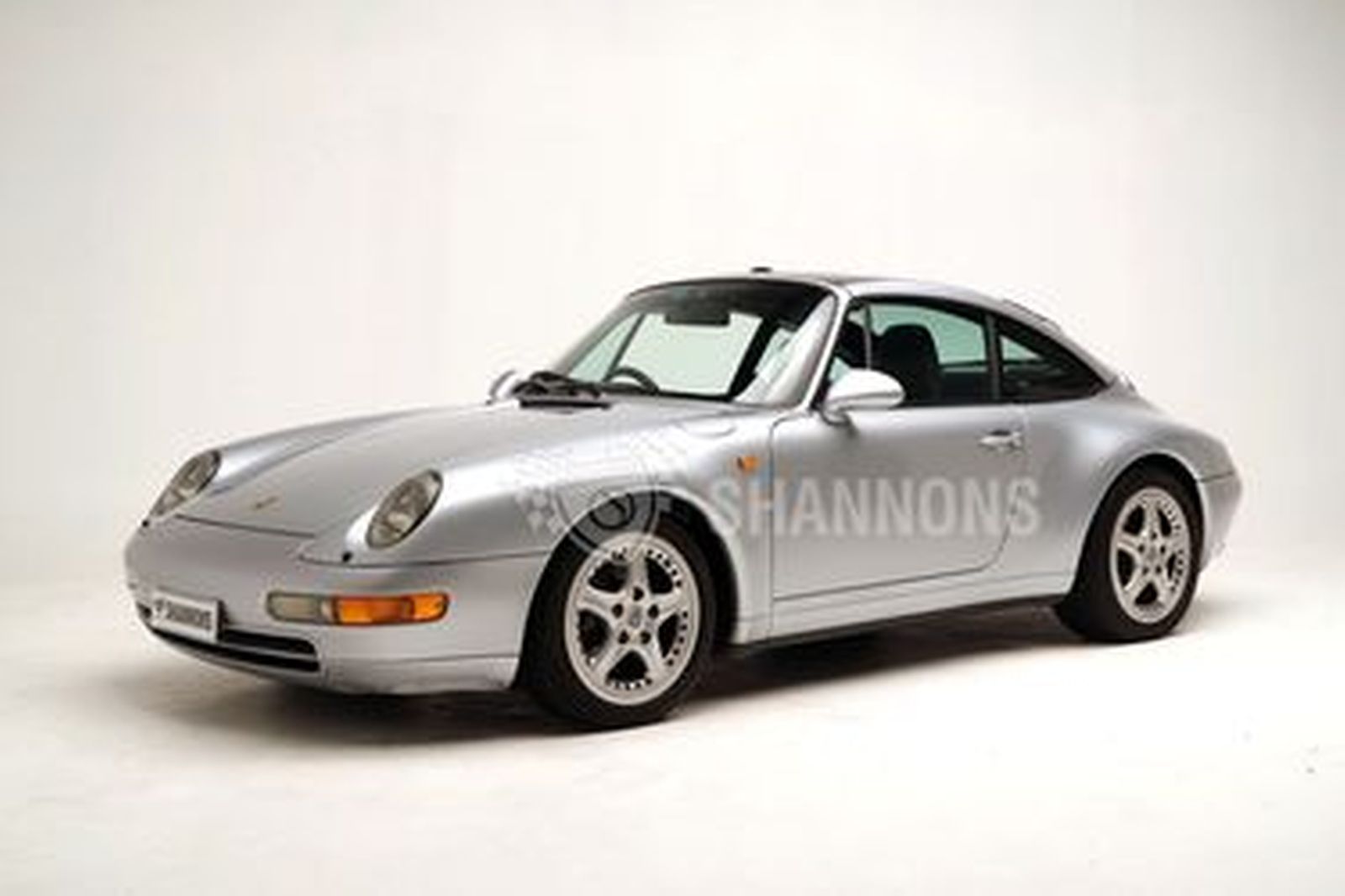