9377 people have viewed this lot

This lot is no longer available
The Fiat Dino came about thanks to a Formula 2 rule change in the mid-Sixties, with a minimum production of 500 units required by the new homologation rules.  Enzo Ferrari was keen to be represented in Formula 2 and had a suitable engine in the form of Vittorio Jano’s highly stressed V6 but lacked the capacity to build the required numbers.  Ferrari and Fiat boss Giovanni Agnelli arranged a tie-in for the giant Turin car maker to build two new high-performance models – one badged as a Fiat and the other mid-engined version badged simply as a Dino, employing the twin-overhead camshaft alloy V6 engine detuned by Aurelio Lampredi to make it more suitable for road use.  Notable as the first production engine to employ electronic ignition in the form of Magnetti Marelli’s Dinoplex system, the Fiat’s advanced specification also included ventilated disc brakes and Cromadora Elektron magnesium alloy wheels.  Fiat offered two quite distinct versions, a curvaceous Spyder styled by Pininfarina and an understated Coupe by Bertone, with production outsourced in both cases.  Debuting the Dino Spyder at the Turin show in 1966 followed by the Coupe at Geneva a year later, the combination of excellent performance from the sonorous V6 and sexy Italian styling proved irresistible.  Following Fiat’s decision to take a controlling interest in Ferrari, the Dino range underwent a major makeover to counter the criticisms levelled at the 2-litre model, particularly the live rear end.  In addition to adopting Ferrari’s new Tipo 135C 2.4-litre V6, featuring a cast iron block fed by triple twin-choke Weber 40 DCNF carburettors, the revised Dino range featured a ZF five-speed transmission, independent rear suspension, better brakes and a revised cooling system.  Although the wheelbase and overall lines remained unchanged, the 2.4 Spyder’s bodywork was longer by around 25mm and detail differences included revised bumpers, grille and badges.  The more powerful and torquier engine and excellent gearbox, combined with the new rear end and stronger brakes, made the 2.4 Dino a much better car on the road and was widely lauded by the contemporary motoring press.  The 2.4 Spyder is easily the rarest Dino variant, with only 424 examples built compared with 1,133 2-litre cars (both figures dwarfed by the 6,043 coupes made) and values are commensurately higher as a result.  Indeed, aside from the exotic 8V made in the 1950s, the 2.4 Dino Spyder is the most valuable production Fiat and it’s worth noting they were built in Ferrari’s factory in Maranello alongside the 246 Dino, with final trimming done by Pininfarina and Bertone for the Spyder and Coupe respectively. 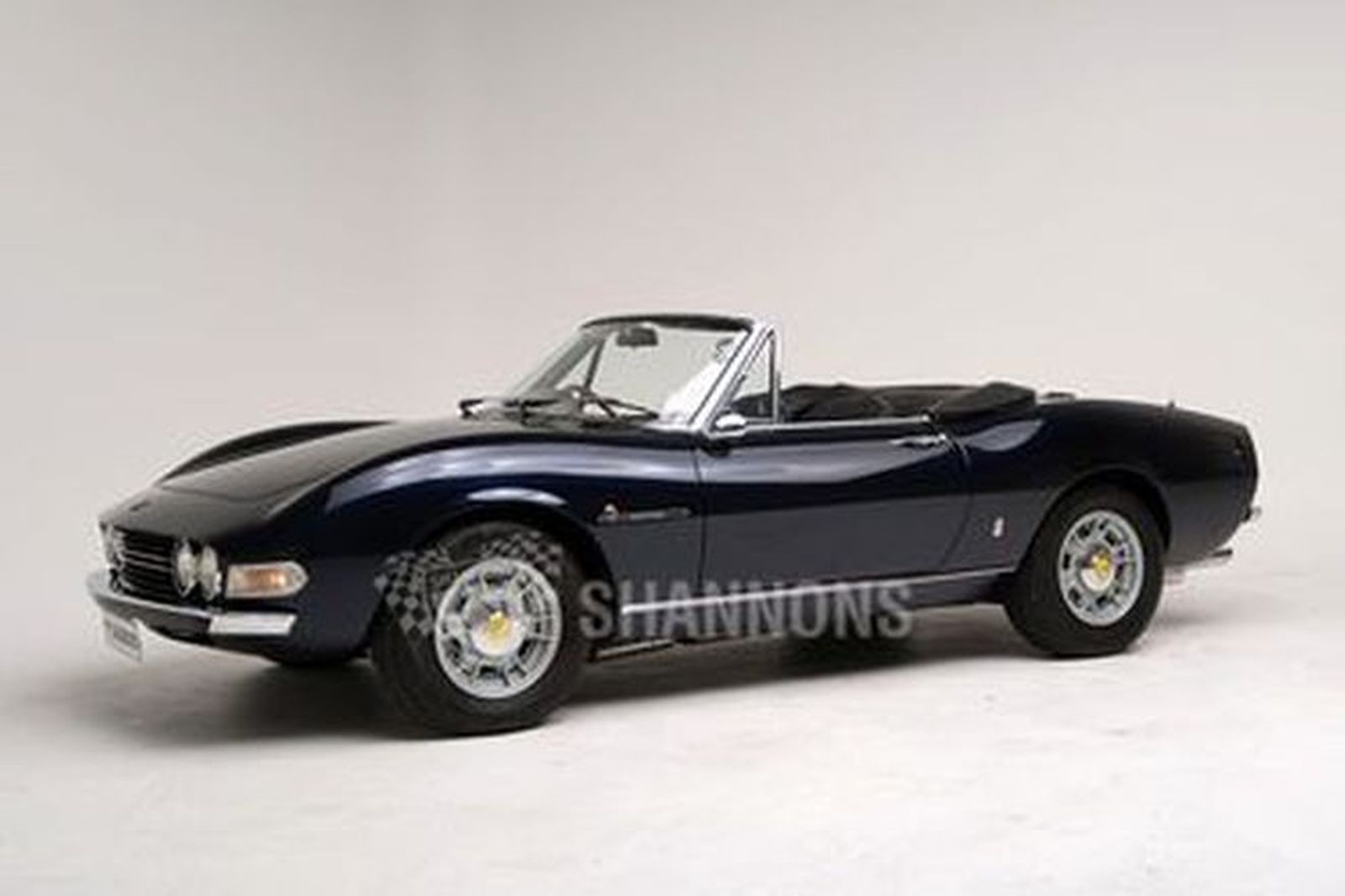