5577 people have viewed this lot

This lot is no longer available
Starting with the Cosmo of 1966, Mazda is the only major manufacturer to have persisted with Felix Wankel’s revolutionary rotary engine design and early models like the R100 and RX2/RX3 enjoy a cult following today.  It took until the launch of a proper sports car, the RX-7, in 1978 for the rotary to find a home more appropriate to its high-revving characteristics; the first generation model received rave reviews and proving a commercial success, with over half a million sold.  The second generation RX-7 of 1985-1991 took Mazda’s sports car further upmarket, competing with the likes of Porsche’s 944, aided by a lot more clever technology and the first appearance of a turbo variant.  When Mazda unveiled the third generation RX-7 in 1991, it was clear the model had come a long way from its humble roots, harnessing a complex sequential twin turbo system to overcome lag and deliver linear power all the way to the redline.  With perfect 50:50 weight distribution achieved by locating the engine well behind the front axle, the new FD RX-7 also looked the part, with bold new styling.  The third generation RX-7 was a bone fide supercar, combining sublime handling, excellent braking and strong acceleration.  Although the RX-7 enjoyed a long and successful motor sport career in Australia, issues with unreliability hindered earlier cars from fulfilling their potential, but the third generation RX-7 fared better, winning the James Hardie 12-Hour event at Bathurst on debut in 1992.  In order to homologate a revised model for the 1995 Easter Creek 12-Hour race, run as part of the Australian GT Production Car Series, Mazda Australia released the SP, with an intended run of 25 examples slated for production, although it would appear 29 were ultimately made in total at the Kingsgrove workshop, of which 26 were road cars and remaining three designated as race cars.  A different intercooler, modified exhaust and new ECU resulted in a substantial increase in power (up to 204 kW) and torque (357 Nm), while other changes included bigger brakes, special 17-inch alloy wheels, a larger 110-litre carbon fuel cell and 4.3:1 ratio rear diff.  A significant weight reduction was achieved by using a Recaro race seats, lightweight bonnet, carbon-fibre nose and front spoiler – in all there were some 120 modifications over the standard car, the apparance enhanced by the dramatic carbon rear wing.  The SP went on to beat the Porsches at Eastern Creek with Dick Johnson and John Bowe co-driving, backing up with a podium finish in the Targa Tasmania.  Compared with the standard RX-7’s list price of $89,505, the SP’s asking price was a hefty $101,610 and today each of the survivors is a highly desirable collector’s item. 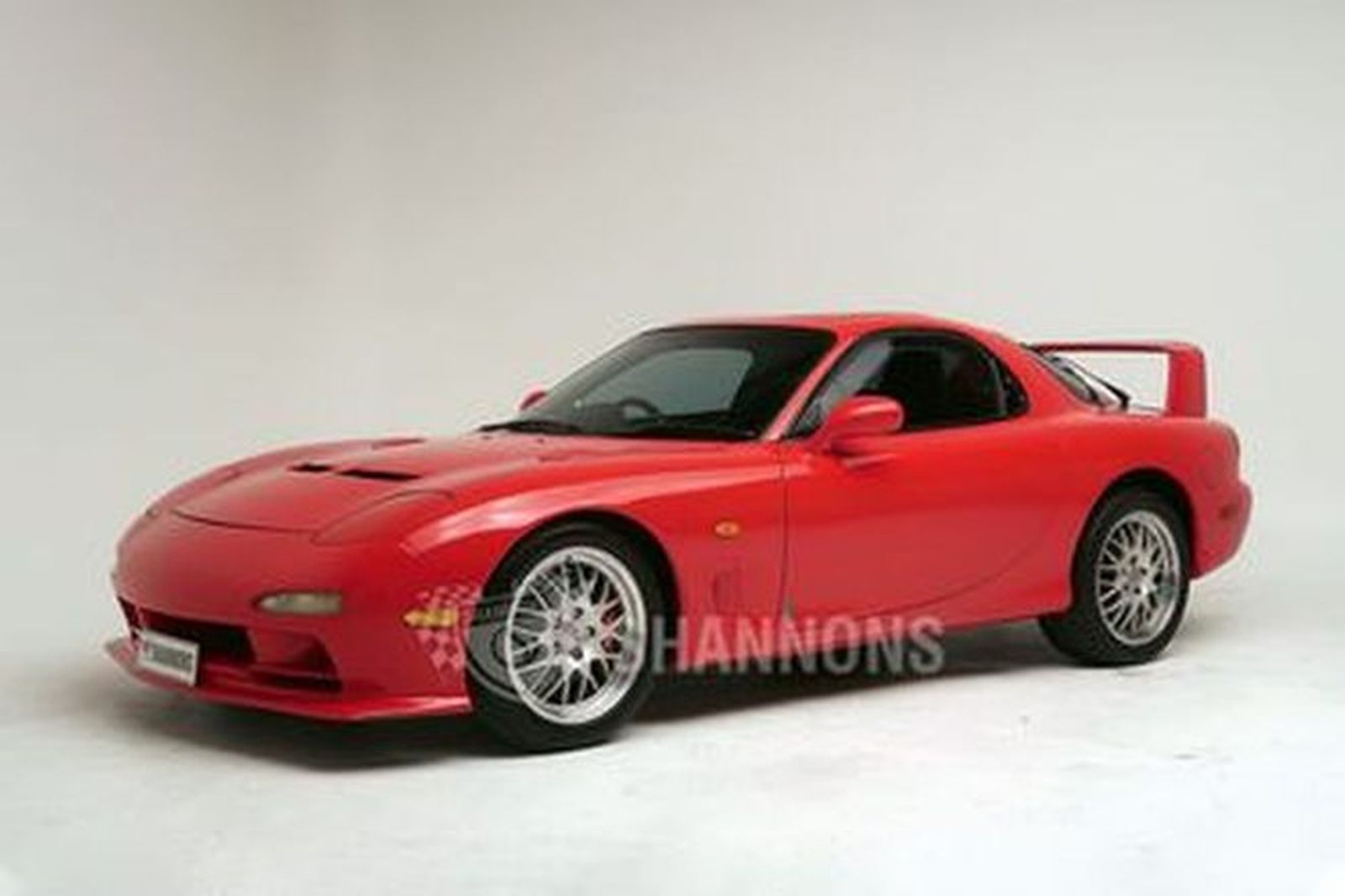 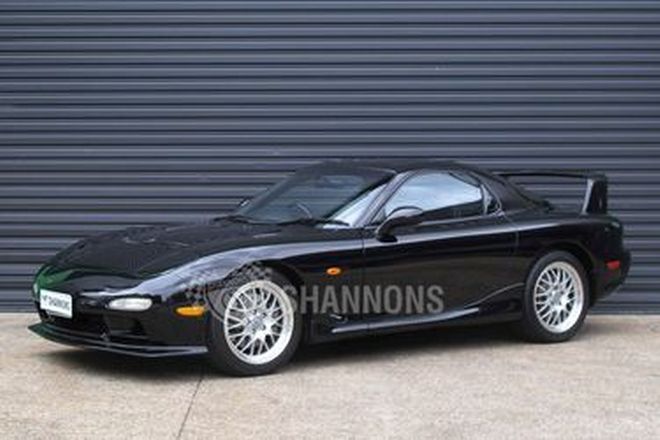 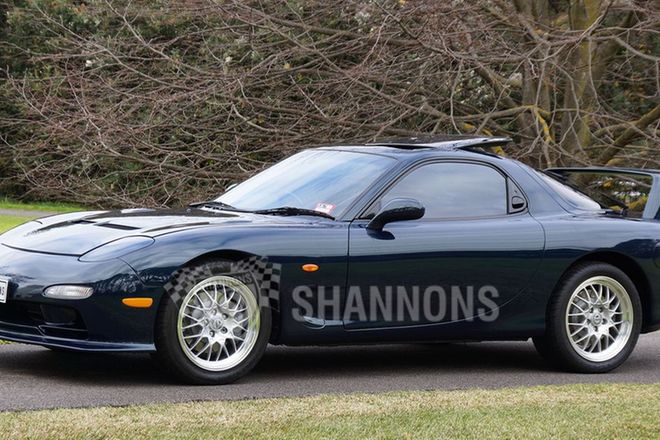