6246 people have viewed this lot

When it came time to replace the long running Bentley Mulsanne (and its many offshoots) an entirely new model was developed, one that was powered by a different engine to its otherwise closely related Rolls-Royce Silver Seraph sibling for the first time.  Named after the famous corner at Le Mans, the Arnage was unveiled at the legendary French circuit in the early part of 1998 and, intially at least, employed a twin-turbo version of BMW’s 4.4-litre V8 engine. Styled under the direction of Graham Hull, the new Bentley was the first car with the body built in-house, ending a 40-year association with Pressed Steel, the elegant styling harking back to the curves and harmonious shapes of the Fifties without being obviously retro.  The body was now 65% stiffer than its predecessor and finished to the usual impeccable standards, including the finest Connolly hide upholstery and every conceivable luxury appointment.  Given the more overtly sporting nature of the Bentley, a number of significant differences separated the Arnage from the softer Silver Seraph, including larger 17-inch diameter alloy wheels (behind which larger disc brakes were fitted), along with a more traditional dash and additional bolstering in the rear seats. Just months after the Arnage’s launch, Rolls-Royce Motor Cars Ltd was taken over by the Volkswagen group in June 1998 resulting in major shake-up of the various models.  Initial criticism that the turbocharged V8 lacked the outright torque of the previous Brooklands Turbo RT led to the reintroduction of the venerable 6.75-litre engine, with production of the turborcharged engine shifted to the Cosworth factory, while the rest of the car continued to be made at Crewe.  Badged the Red Label from 2000 onwards, the Arnage’s performance levels were restored thanks to the outstanding figures of 400 bhp and 835 Nm of torque, delivered via a GM 4L80-E four-speed automatic transmission.  Numerous changes were made to the Arnage’s specification at the time, including a new pop-up Alpine Sat-Nav system, parking assist and redesigned seats.  More importantly the bodyshell was strengthened, the front suspension made stiffer and larger brakes fitted along with a new design of alloy wheel.  With a top speed limited to 155 mph (250 km/h), the Arnage Red Label could reach 100 km/h in just 6.3 seconds.  In 2001, the year the car on offer was made, just 953 Arnage Red Labels were made of which 315 were configured for right-hand drive markets like Australia. 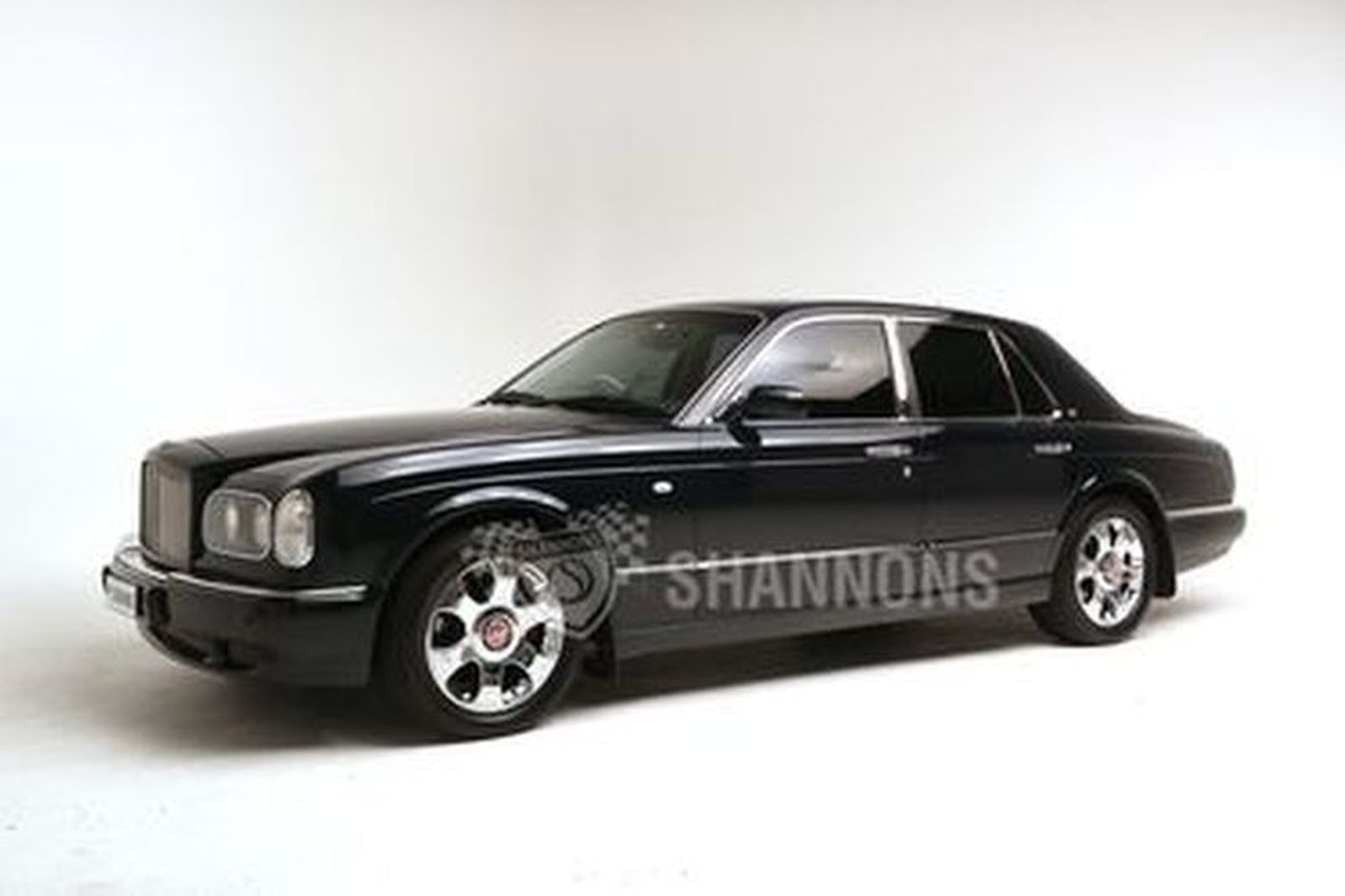 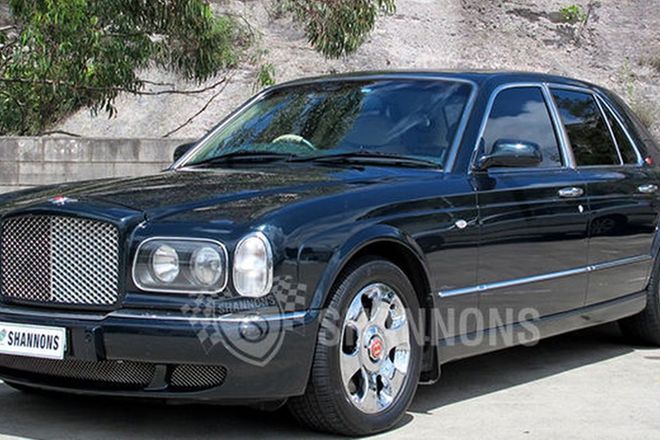