3434 people have viewed this lot

Founded in 1897 by Ransom Eli Olds in Lansing, Michigan, Oldsmobile was, until its demise in 2004, the oldest surviving auto manufacturer in America.  From the innovative ‘Curved Dash’ single-cylinder, arguably America’s first mass-produced car, to the mighty Limited, a colossal 707-cid luxury car, Oldsmobile was a brand synonymous with quality.  Becoming a part of the General Motors empire in 1908, Oldsmobile was positioned as the more affordable luxury marque alongside Cadillac and had a well deserved reputation for technical innovation.  Oldsmobile unveiled a new six-cylinder Model 30 in 1923 that became the mainstay of production for many years, resulting in sharply increased sales.  Powered by a robust 169-cid unit rated at 41 horsepower, the Model 30 underwent gradual improvements each year and by 1926 there were both Standard and Deluxe versions of most series available.  General Motors catalogued ten different body styles but in Australia the range was limited to just five, including a Tourer, Delux Tourer, Sports Roadster, Two-Door Coach and Four-Door Sedan.  Of these only the Tourers and Two-Door Sedans received Holden bodywork, the remainder imported fully assembled.  Options included front and rear bumpers, a heater, clock, spot light, wire-spoked wheels, a trunk platform and even a Road Commander aerlectric horn. 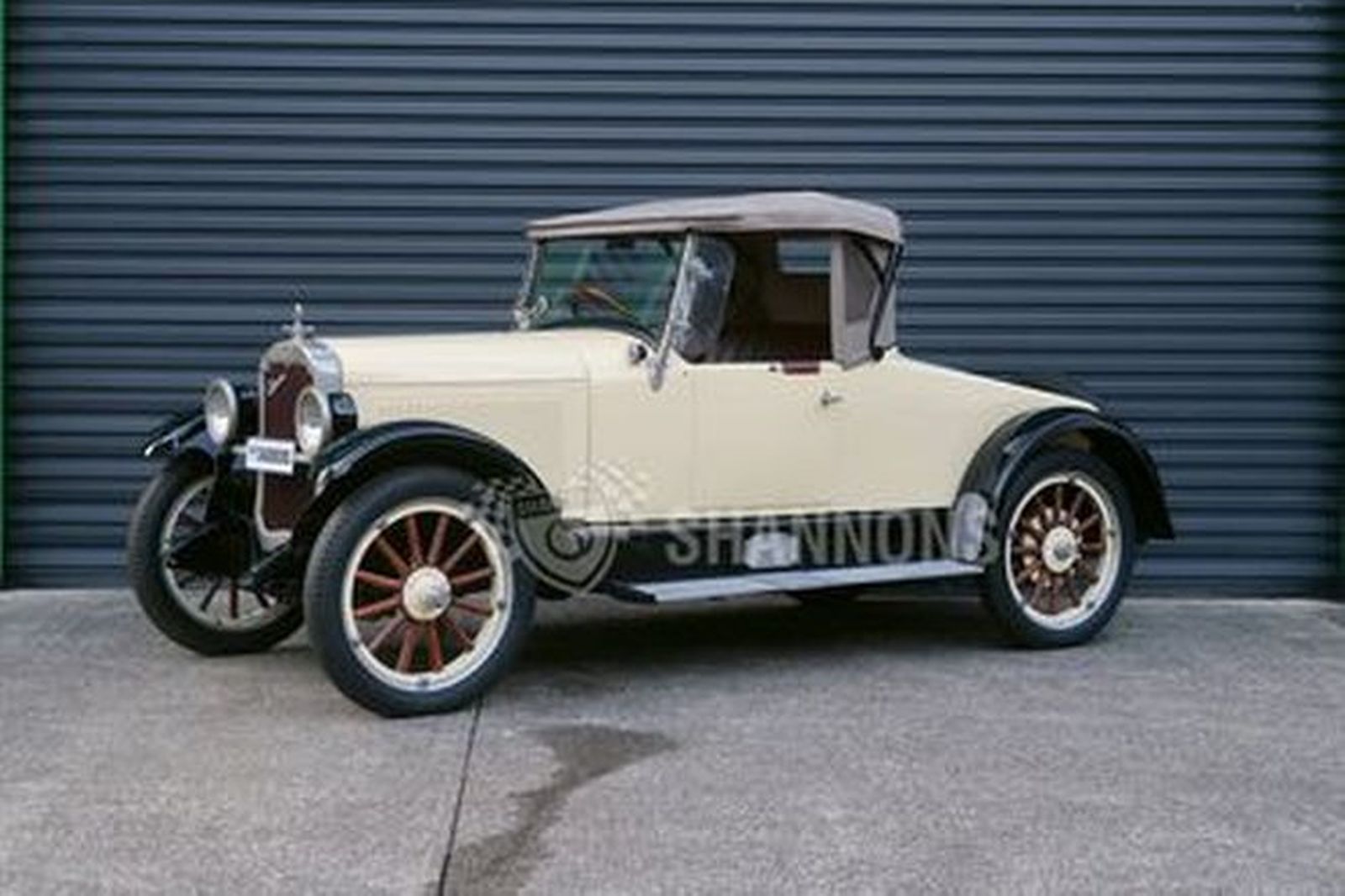