4907 people have viewed this lot

The Ducati 916 is a fully faired Italian sport bike made from 1994 to 1998. It features a 916 cc (56 cu in) fuel injected, 4-valve, liquid-cooled, 90° V-twin engine in a trellis frame with a single-sided swingarm and USD forks.  All modern Ducati engines are derivatives of the Pantah unit introduced in 1979, which used its camshafts to both open and close the engine's valves, eliminating the usual valve closing springs, a system called 'desmodromic'.  The 916's water-cooled engine was a revision of its predecessor, the 888, with larger displacement and a new engine management system.  The greater displacement was accomplished by increasing the crankshaft stroke from 64 mm to 66 mm while keeping the same 94 mm bore size as the 888, resulting in a capacity of 916 cc.  The 916 was a physically smaller motorcycle than the 888, with a chrome-moly trellis frame which was shared with the Ducati 748, and striking new aggressive bodywork.  In contrast to Japanese in-line four-cylinder competitors of the time, its V-twin engine produced less outright power but had a more even torque spread.  First presented at the Bologna (Italy) Motor Show in December 1994, the 916 Senna was a special limited edition to commemorate Formula 1 World Champion, Ayrton Senna, an avid Ducati enthusiast who endorsed its release shortly before his death in May 1994.  At the time, the project was facilitated by Claudio Castiglioni, Ducati's owner, who was a personal friend of Senna's. Ducati released three "Senna" editions in 1995, 1998 and 2001, and in every instance, net proceeds were donated to the Instituto Ayrton Senna charity. 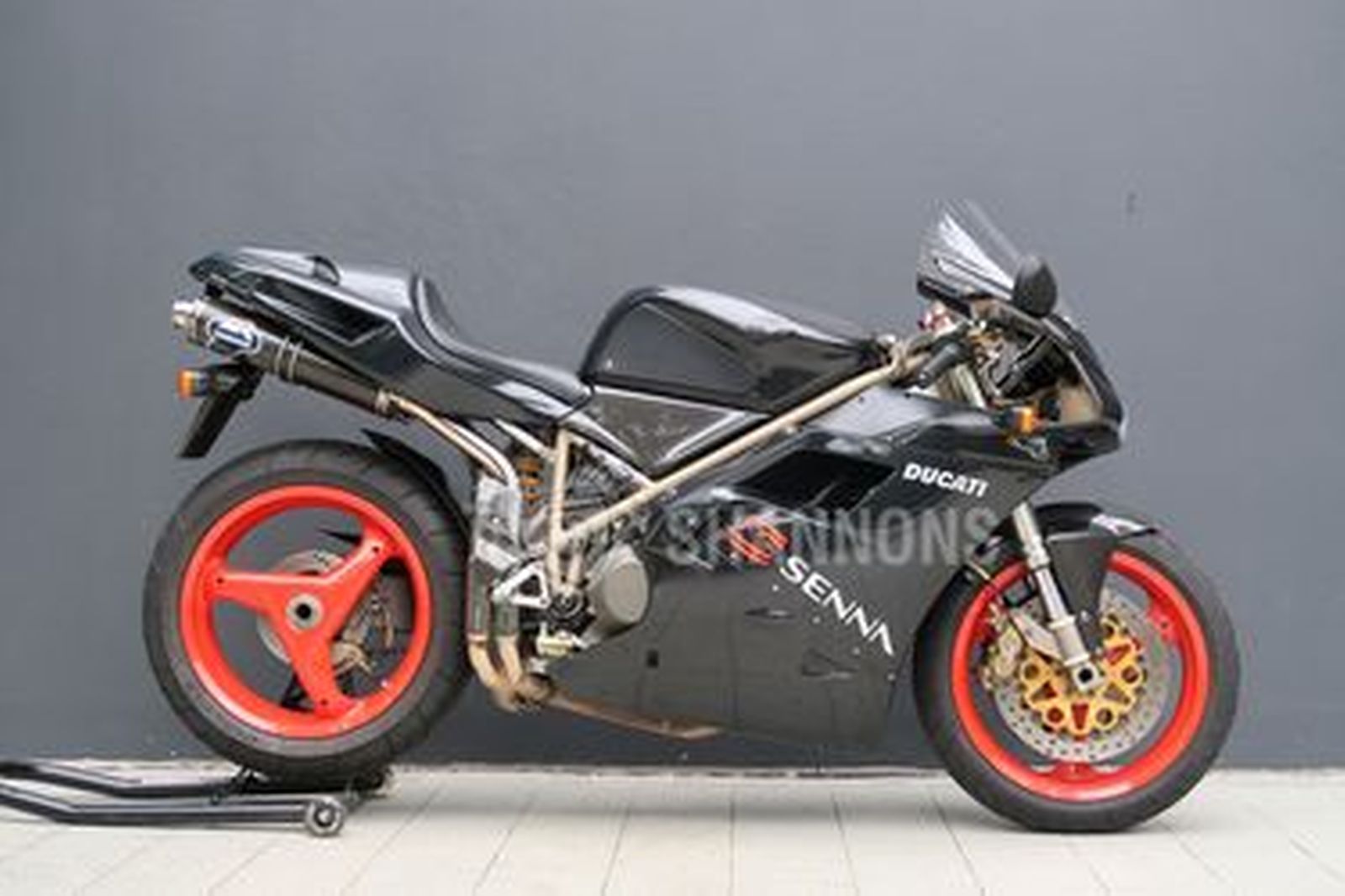 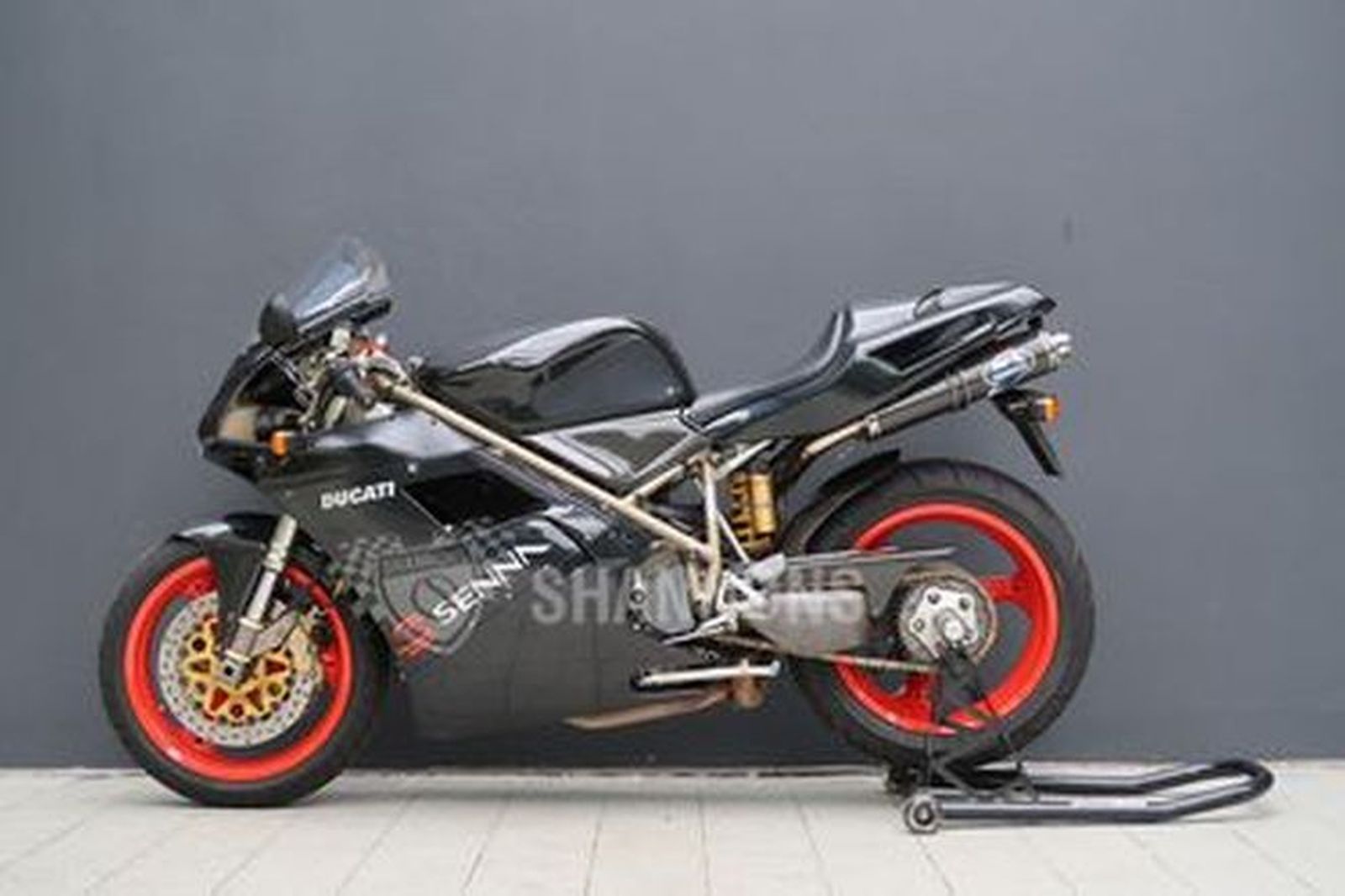