2493 people have viewed this lot

This lot is no longer available
The Impala badge dates back to 1958 when Chevrolet used the name to denote the hardtop coupe and convertible versions of the Bel Air series. The following year the Impala became a separate model line, representing the top-of-the-line full-size Chevrolets. By 1964 the Impala name was well-established, and an even more exclusive model appeared, called the Super Sport, available only in two-door body styles, either as a hardtop coupe or convertible. In addition to the all the niceties found in the regular Impala, the Super Sport gained leather-grained vinyl upholstery with unique door and quarter trim panels, individual front bucket seats with a centre console, machine-turned inserts on the dash panel either side of the steering wheel, additional lighting, exterior side moldings and badges, plus unique wheel covers - all for an additional outlay of $161. Although the Impala SS was technically available with a modest 235ci six-cylinder powerplant under the hood, most buyers chose a V8, ranging in displacement from 283ci, 327ci to big-block 409ci, with the latter turning the mild-mannered Impala into tyre-smoking dragstrip racer. Transmission options saw a reverse gear lock-out added to the four-speed manual shifter, along with better safety equipment including seatbelts issued as standard for the first time. Clearly GM and Chevrolet were delivering what customers wanted, with record sales totalling 2,300,000 cars, of which no less than 185,325 were Impala Super Sports. Today, the '63 Impalas are a rare sight on Australia roads and represent the beginnings of Detroit's muscle car era. 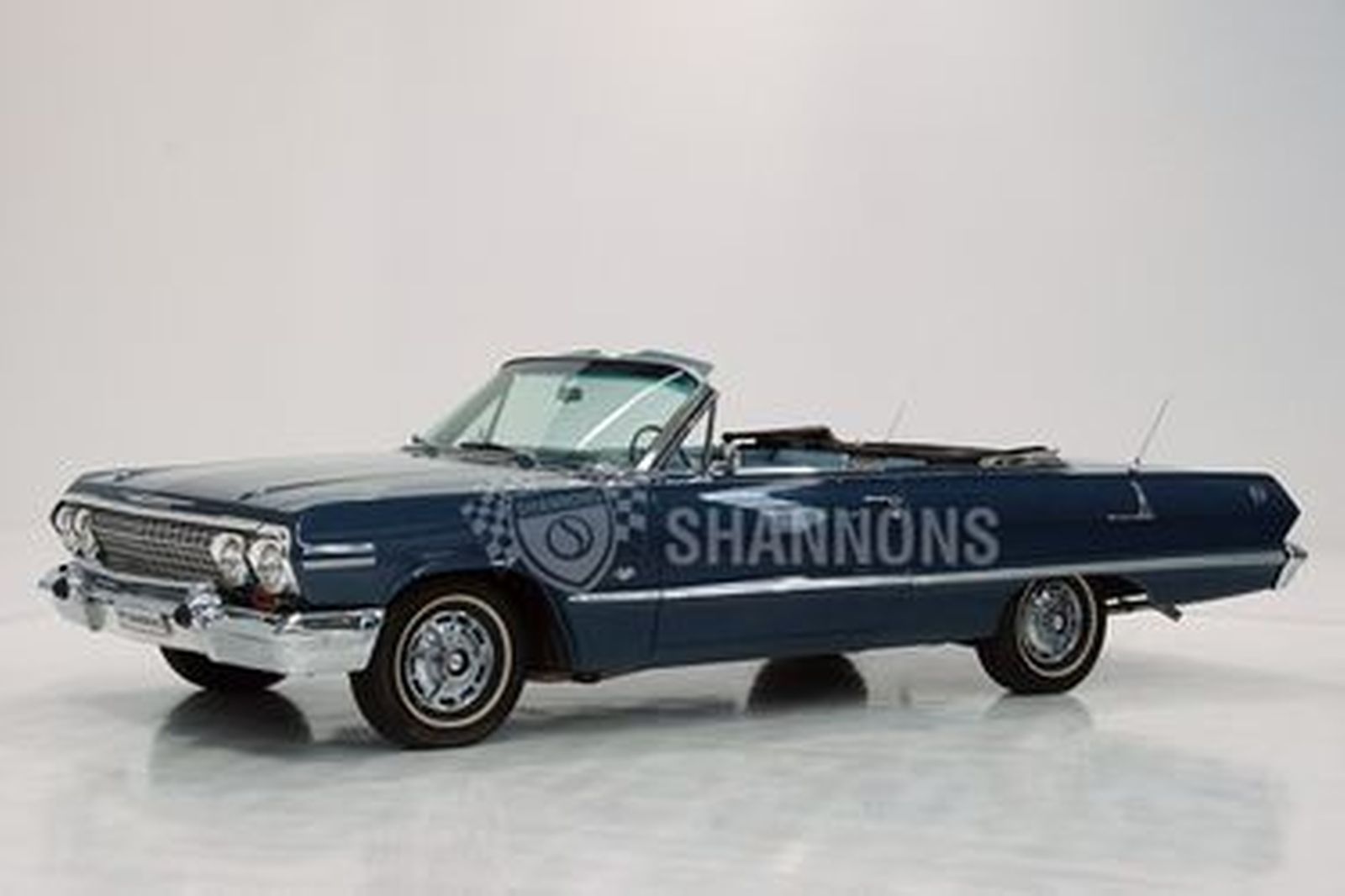