3254 people have viewed this lot

The Oldsmobile 98 (or “Ninety-Eight” depending on the year) was the brand’s full-size flagship model that was produced from 1940 until 1996. Since it was the top-line Oldsmobile, the series had the most technologically advanced features available, such as the Hydramatic automatic transmission, the Autronic Eye headlight dimming system and Twilight Sentinel (a feature that automatically turned the headlights on and off via a timer, as controlled by the driver), and the highest-grade interior and exterior trim. Oldsmobile’s 98 went through three generations up to 1954, at which point the fourth generation was introduced and ran until and including 1956. For 1954 all Oldsmobiles were redesigned across the board, with a three-body style 98-series at the top. Convertibles were dubbed Starfires, after the previous year's Starfire dream car. The 98 models were fitted with a slightly higher horsepower 324ci (5.3 litre) Rocket V8 engine, which was shared with the Super 88 series. For 1956 the Oldsmobile 98-series had an exclusive 126in (3200 mm) wheelbase, 4in (100 mm) longer than the 88. Standard equipment included armrests, bumper guards, fully-lined boot, rotary door latches, dual horns, cigarette lighter, turn signals, rubber floor mats, aluminium door sill plates, sun visors, front and rear carpeting, foam rubber seat cushions, courtesy lights, front guard medallions, boot lid "Ninety-Eight " script, back-up light moldings, electric clock, Jetaway Hydramatic Drive, padded dash, power steering, windscreen washer system, Deluxe steering wheel and the parking brake was now a foot pedal. Upholstery choices were pattern cloth and leather in a variety of colours and combinations. So, while the 98 at the top of the Oldsmobile model line up throughout its lifespan, in 1956 the hero of the range was very definitely the 98 Starfire Convertible, as here. 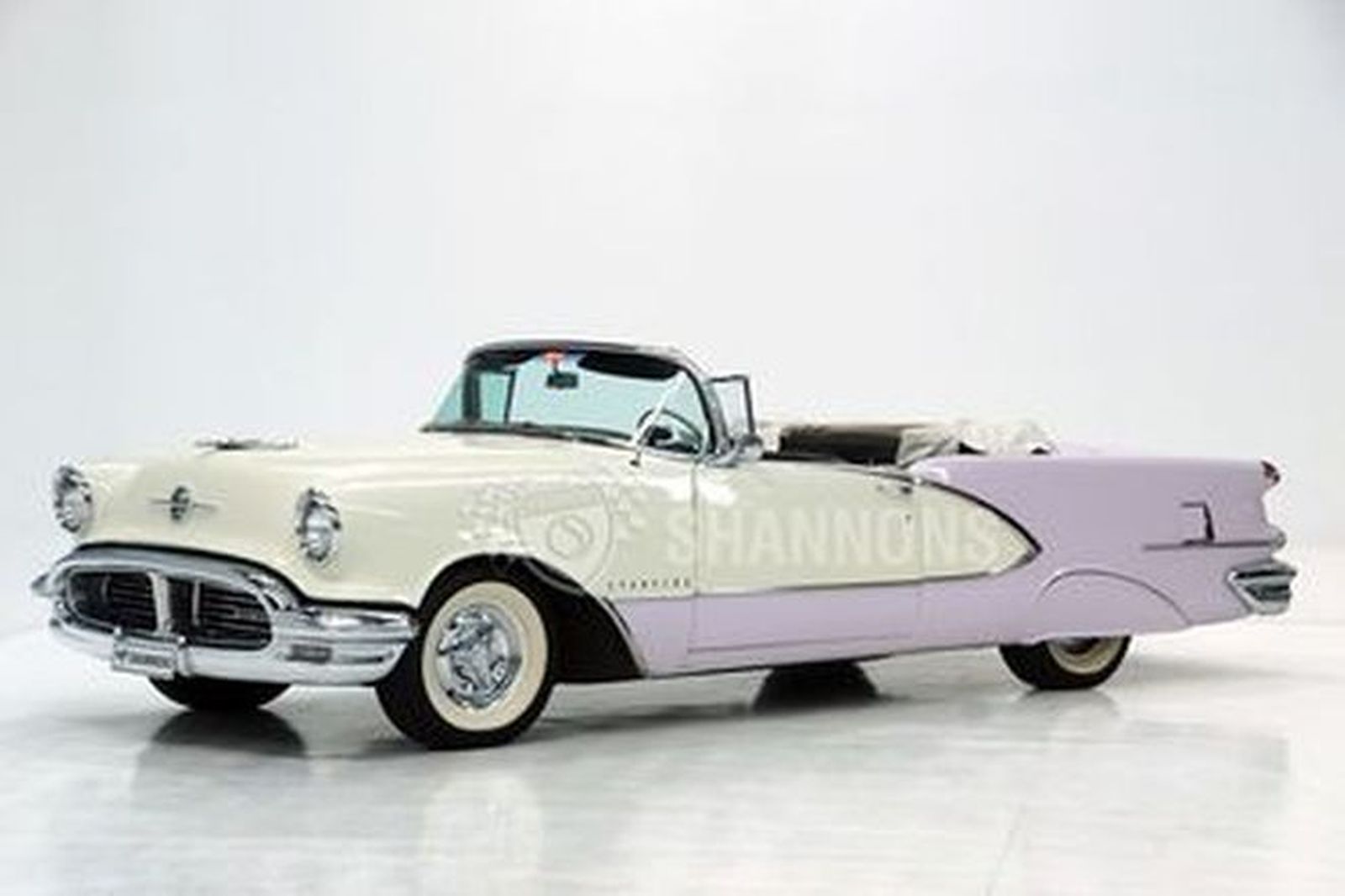