3447 people have viewed this lot

Founded when John North Willys, then a car dealer based in Elmira, New York, purchased the struggling Overland automobile company in 1907, the Willys-Overland concern began selling cars the following year and enjoyed almost instant success, rising to become the second most popular automotive manufacturer in the world, beaten only by Ford's Model T. The ‘20s proved a tumultuous period for Willys-Overland, the decade ending with John North Willys handing over the reins of his company to former Vice President Linwood A Miller and moving on to become America's ambassador to Poland. In 1932 Willys decided to clear the boards and produce two new models – the 4-cylinder Willys 77 and the 6-cylinder Willys 99 – but since the firm was once again on the verge of bankruptcy, only the 77 went into production. In 1937 Willys redesigned the 4-cylinder model so that it gained a semi-streamlined body with a slanted windshield, headlamps embedded into the front guards and a one-piece, rounded bonnet transversely hinged at the rear. For 1939 the Model 39 featured Lockheed hydraulic brakes, a two-inch increase in wheelbase to 102 inches and an improved 134ci four-cylinder engine with power increased from 48 to 61hp. A number of these 39s were imported into Australia in CKD (Complete Knock Down) form and bodied locally, including the example offered here, by Holden in Woodville, South Australia with final assembly taking place at Willys-Overland's Victorian facility. Local content also included the tyres, batteries, springs, shock absorbers, cowls bonnets, bumpers and other equipment. 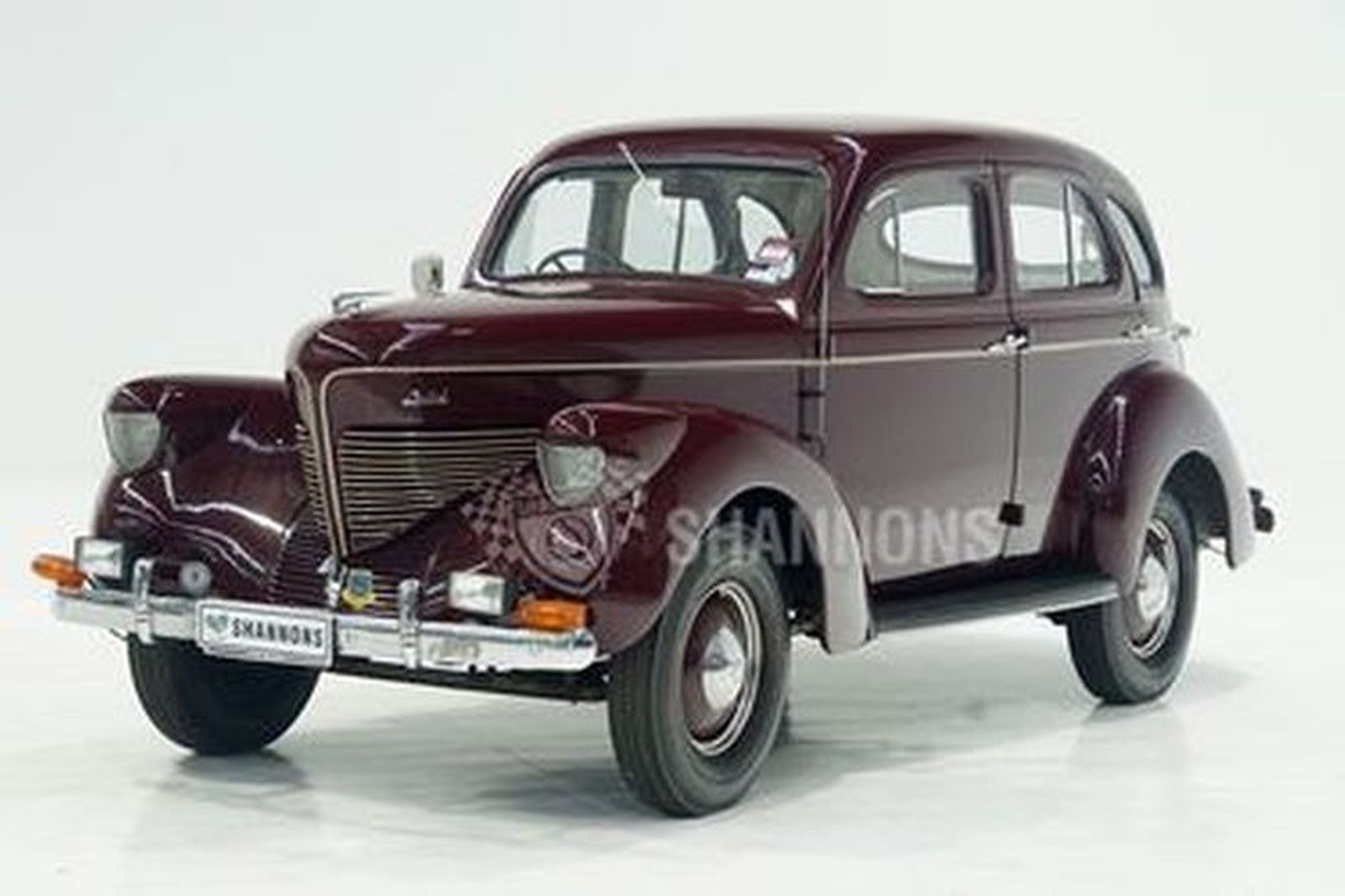