3219 people have viewed this lot

The Esprit was Colin Chapman’s first serious attempt at building a supercar capable of taking on the likes of Porsche and Ferrari.  Unveiled as a concept car at the Turin Motor Show in 1972 with radical wedge-shaped styling by the talented Italian designer Giorgetto Giugiaro, it would be another four years before the first customers took delivery due to an extended period of development.  The Esprit received a considerable publicity boost thank to the 1977 James Bond film “The Spy Who Loved Me”, with Roger Moore famously taking to the sea in one.  Although it looked every inch the futuristic Italian-styled supercar, both inside and out, the Esprit remained true to Lotus’ philosophy of building lightweight car with small-capacity engines and handling inspired by the racetrack.  The Esprit underwent a major redesign in 1987, this time with English designer Peter Stevens, who also penned the McLaren F1, responsible for the styling. Codenamed X180, the lines were successfully updated with a softening of the sharp edges, allowing for more interior space, while a lift-out roof panel (in either body colour Nomex or tinted glass) was a neat addition, along with new multi-spoke alloy wheels.  The instrument panel was also redesigned and the ventilation system vastly improved.  Another facelift, courtesy of designer Julian Thomson, followed in 1993, incorporating new bumpers, side skirts and rear wing, plus a new five-spoke wheel design.  Developed in just 27 months, the long-awaited Esprit V8 finally appeared at the 1996 Geneva Motor Show, offering supercar level performance thanks to the 32-valve all-alloy engine.  Displacing 3506cc and fitted with twin Garrett T25 water-cooled turbochargers, the V8 delivered 349bhp, enabling the Esprit V8 to sprint from 0-60mph in just 4.5 seconds and a top speed of 175mph.  With a list price just shy of $200,000 back in 1997, the Esprit V8 was priced to compete with the likes of the Porsche 911 and Ferrari F355 and very few were made – total production was just 1,231 cars (plus another 204 V8 GTs and 54 S350s).  Both normally-aspirated and turbocharged variants of the latest generation Esprit remained in production until February 2004, bringing to a close one of the most memorable chapter’s in Lotus history. 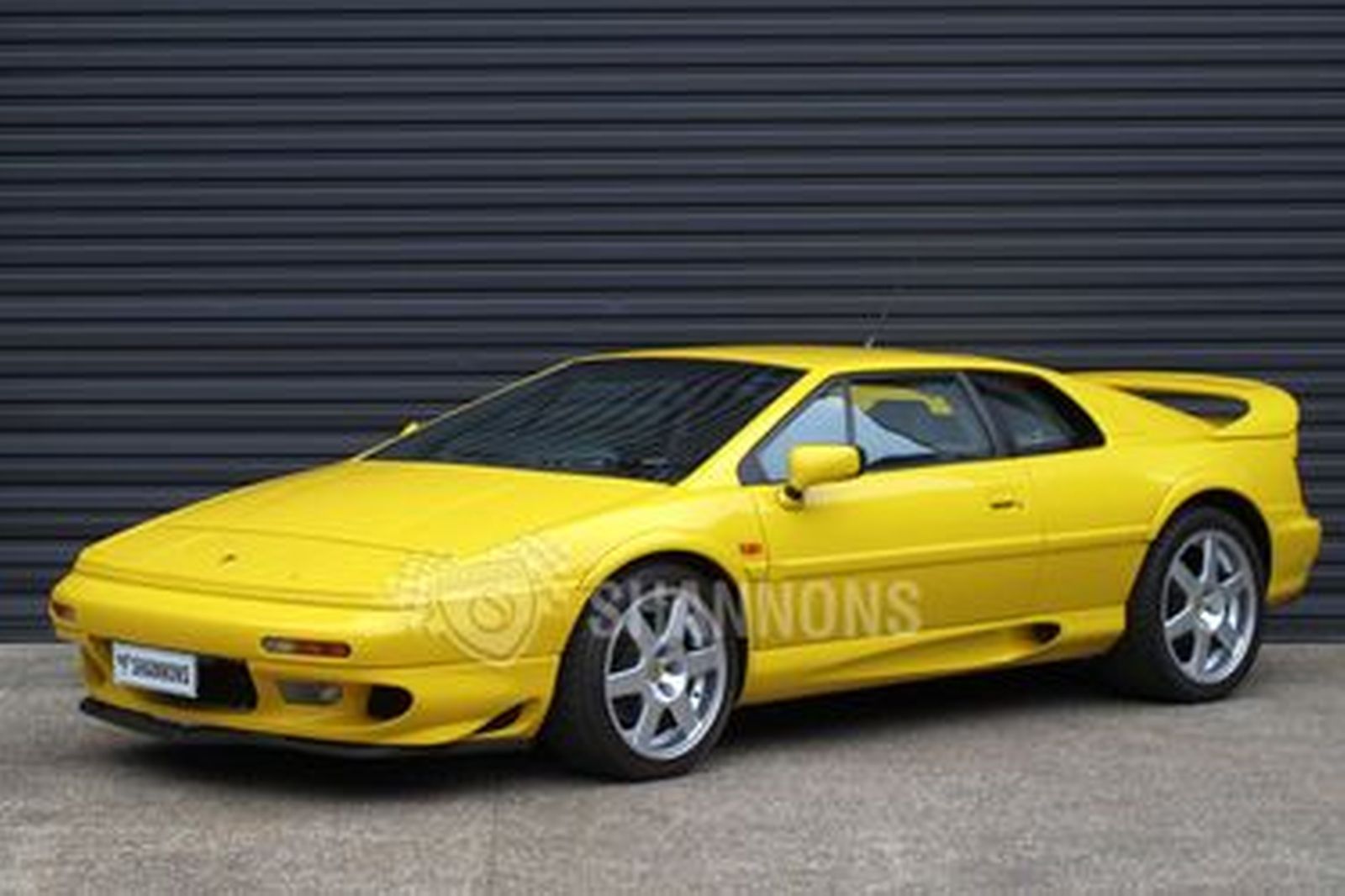