Released in 2000, BMW’s third generation M3 was the last of the series powered by the classic in-line naturally aspirated six, the 3.2-litre unit offering the highest specific output of any naturally-aspirated car on the market at that time.  With individual throttle-bodies, VANOS variable valve-timing, forged steel conrods and crankshaft plus graphite-coated cast aluminium pistons, the S54 motor gave almost instant response and revved all the way to the 8200rpm cut-out, developing a peak 252kW at 7900rpm.  Power was delivered to the rear wheels through a Getrag six-speed manual gearbox or BMW’s SMG sequential six-speed transmission with launch control.  The M3 was a fabulous blend of practicality and performance, adding wider wheel arches, intakes, chunkier bumpers and a discreet rear spoiler to add a street fighter stance to the elegant E46 coupe.  Under the skin, the BMW retained the basic suspension layout common to all E46 models, namely MacPherson struts up front and a multi-link rear set-up but wider track, forged alloy front lower control arms, stiffer anti roll-bars and coil springs and gas-filled shock absorbers were just some of the changes setting the M-cars apart.  Special wheels, bigger brakes and a bespoke interior further enhanced the M3’s appeal, while bi-xenon headlamps, a 6.5 inch sat nav screen, front strut brace and LED taillights were just some of the updates made over the E46 M3’s six-year lifespan.  Reviving the legendary CSL moniker, BMW launched the ultimate E46 M3 in 2003 and it lived up to the Leicht part of the name by shedding 110kgs over the standard model thanks to extensive use of carbon fibre on the roof, front air dam and splitter, along with a composite boot lid and floor and plastic rear bulkhead.  Under the bonnet the CSL benefited from a carbon cold air intake and hotter cams, lifting power by 13kw (for a total output of 265kW at 7900rpm), along with quicker steering, stiffer suspension and stronger brakes, plus M Track stability control.  Unique lightweight 19-inch wheels were shod with optional Michelin Pilot Sport Cup tyres, helping the M3 CSL outpace Porsche’s GT3 RS around Eastern Creek.  The interior saw an Alcantara steering wheel, lightweight Alcantara-shod front seats, plus carbon door panels and centre console, while the stereo and air conditioning were both no-cost options.  Of the 1,383 CSLs made just 27 made their way to Australia, commanding a $68,000 premium over the regular M3’s asking price of $142,000 and values have begun rising fast in recent years, reflecting the E46 CSL’s place amongst BMW’s all time greats. 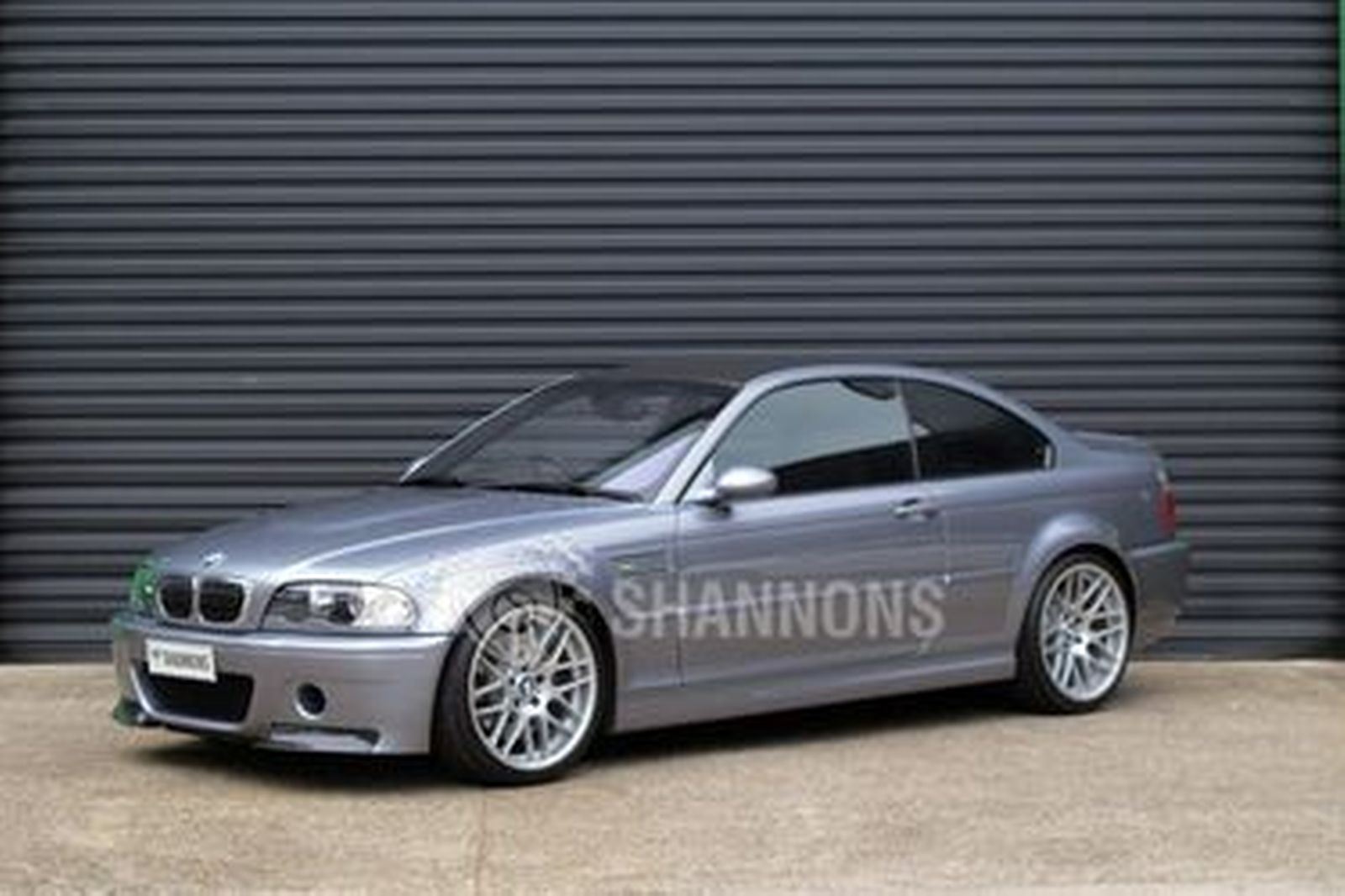