9346 people have viewed this lot

“It makes you enjoy motoring all over again” was the quote from Peter Brock in Holden’s advertising for the new Monaro GTS and the hottest model in the HQ range certainly looked capable of doing just that, with its rally-style blacked out bonnet, boot lid and grille, triple vents and unique wheel trims.  Based on the all-new HQ series introduced in July 1971, the latest Monaro was offered in both two and four-door guises for the first time, the latter arriving in March 1973 following the positive reaction to Holden’s limited edition SS sedan.  The HQ was a vastly improved car, employing monocoque construction for a stiffer shell, four-wheel coil suspension, better brakes and modern exterior styling.  The Monaro range was expanded to include three trim levels, the base model joined by the more luxury oriented LS (essentially a two-door Premier) and the sporty GTS packages.  Boasting sports steel wheels, a well-equipped premium interior and revised exterior styling, the GTS had the 253-cid V8 as standard, with the home-grown 308-cid (with 240 horsepower on tap) or Chevrolet 350-cid V8s optional.  The HQ was the final Monaro offered with the option of the Chevrolet-sourced 350-cid V8, churning out a thumping 275bhp and 360lb/ft of torque, with a choice of M41 Turbo Hydra-Matic 400 auto transmission or the much less commonly specified heavy-duty fully-synchro four-speed manual.  Boasting steel sports wheels, well equipped premium interior and revised exterior styling, the Monaro GTS package was available at the hefty price of $4,635 when a base Kingswood was nearly $2,000 cheaper. Underneath, the HQ’s suspension was beefed up with heavy duty shock absorbers, up-rated springs and stiffer stabiliser bars, while power assisted ventilated disc brakes up front, quicker steering ratio and a limited-slip diff at the rear transformed the Holden into a real driver’s car. Inside the GTS’s cabin, there were bucket seats (with houndstooth check seat trim an option) and a gunmetal-finish dash with full instrumentation, including a tacho. Production figures for the Monaro are a little uncertain but it would appear no more than 800 HQ Monaro GTS sedans were made with the 350-cid V8, of which an estimated 200 came with the Muncie four-speed 'box (from the total HQ Monaro GTS production of 13,000), with survivors few and far between and it has long been recognised as one of the most collectible Holdens ever produced. 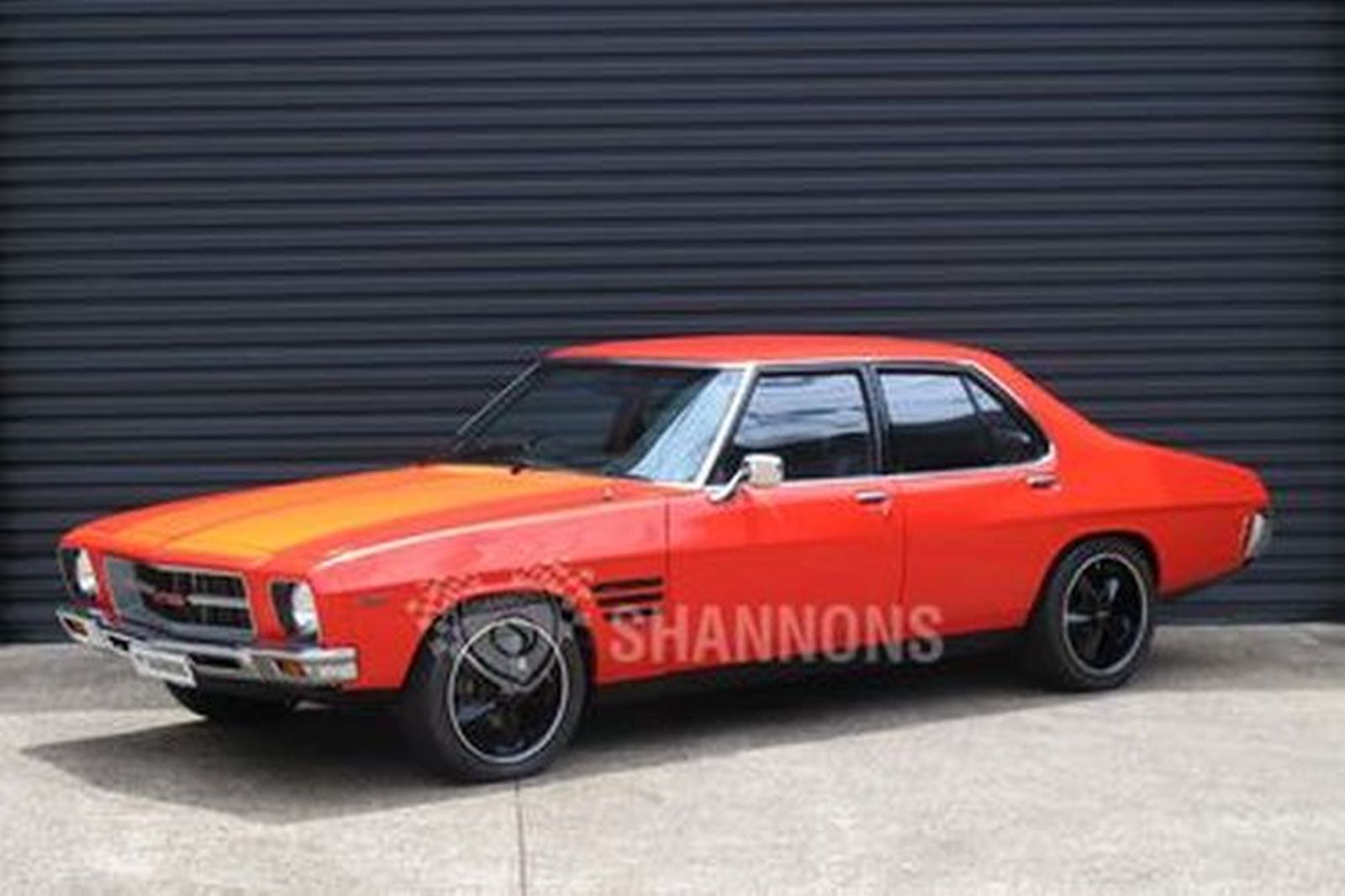