5612 people have viewed this lot

Building on experience gained in the tough arena of international rallying, Toyota unveiled a mid-engined two-seater concept car called the SV-3 at the 1983 Tokyo Motor Show and just twelve months later the MR2 (Mid-engined Roadster 2-Seater) became a production reality.  Small, light and perfectly balanced thanks to the mid-ship engine placement, the MR2 evoked the spirit of earlier Italian sports cars like the Fiat X1/9.  Weighing just 950 kgs and powered by a transerve-mounted high-tech 1.6-litre four-cylinder featuring twin overhead camshafts, four valves per cylinder, DENSO electronic port fuel injection and trick variable intake geometry, the motor developed 120 horsepower, driving the rear wheels through a five-speed manual transmission (although a four-speed auto was optional in some markets).  Australian buyers had to wait until 1987 to get their hands on Toyota’s fabulous new model and, priced at $34,000, it faced no real competition, with other mid-engined exotica costing significantly more.  The first generation MR2 received rave reviews around the world, winning Wheels magazine’s favourite sports car award in 1988 and strong sales ensured the car had a loyal following around the globe.  Toyota’s second generation MR2, codenamed W20, appeared in 1989 and was quickly dubbed the “Baby Ferrari” thanks to the sleek new bodywork, proving an altogether more refined machine than its predecessor.  Sold in both coupe or t-bar targa configurations, the new MR2 was powered by a new 2-litre engine (available with a turbo in some markets but not sold in Australia) and had excellent handling thanks to sophisticated MacPherson strut front and rear suspension, sharp steering and perfectly balanced weight distribution.  The 2-litre engine developed 117 kW at 6600 rpm with 190 Nm of torque at 4800 rpm, giving the second generation MR2 plenty of punch while big disc brakes on all four wheels did a superb job of pulling the car up.  The MR2 was also loaded with plenty of standard equipment, including alloy wheels, a rear spoiler, fog lamps, power windows and central locking while the more upmarket GT model boasted leather trim and power steering.  Toyota kept the MR2 badge alive throughout the 2000s with the third generation W30 model, a Porsche Boxster-inspired roadster that returned to the original W10’s philosophy of light weight and simplicity. 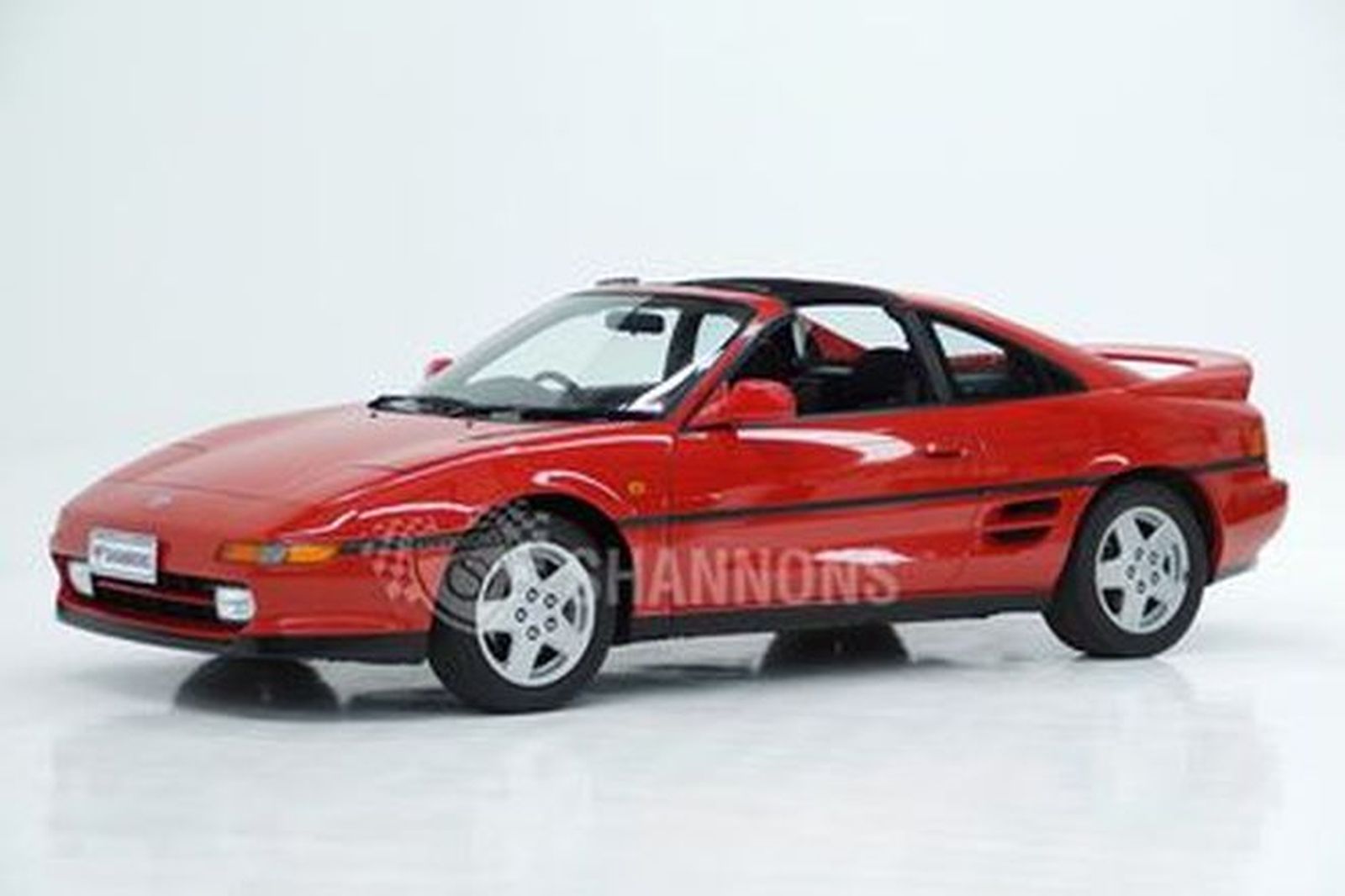