5833 people have viewed this lot

Debuting at the Paris Salon in 1956, Renault’s Dauphine proved a huge success for the French giant, selling strongly around the globe and - thanks to a slick advertising campaign - the Dauphine was, for a time, the second most popular imported car sold in the United States behind the Volkswagen Beetle.  Doubtless inspired by its German rivals’ take on an affordable but stylish sports car, Renault used the Dauphine’s platform as the basis for a direct competitor for the Karmann Ghia.  Christened the Dauphine GT, the chic newcomer was styled by Italian designer Frua and unveiled at the 1958 Geneva Salon, with actual production handled by Swiss coachbuilder Ghia-Aigle.  By the time production commenced in May 1959, Renault had rebadged the model using the Floride name and it was available in three different versions: a cabriolet, a coupe and a convertible (which had both soft and hardtops).  Under the shapely body, the Floride shared the Dauphine’s running gear, including the rear-mounted four-cylinder engine (with power boosted from 27 to 45 horsepower) and drive was taken to the rear wheels via a three-speed manual transmission (four speeds or even a push-button automatic were optional) and the Renault could reach a top speed of 70 mph.  The Floride’s suspension set-up was via conventional wishbone and coil spring set-up at the front while the rear was suspended via a swing axle, with telescopic dampers all round.  In 1962 a revised model appeared, with a larger 956cc engine, standardised four-speed transmission and disc brakes all round.  The hardtop was rebadged the Caravelle, while the Floride continued as the ‘S’, in convertible guise only and the body lost the distinctive side vents, replaced by grilles on the engine lid to cool the relocated radiator.  This interim model lasted for one year only, when a new 1108cc engine was added, along with an all-synchromesh gearbox and the Floride badge was dropped altogether, with both open and closed cars now using the Caravelle name.  Although survivors are few and far between, the Renault Floride owner is well catered for in Australia, with a strong club scene and numerous All French Car Days around the country. 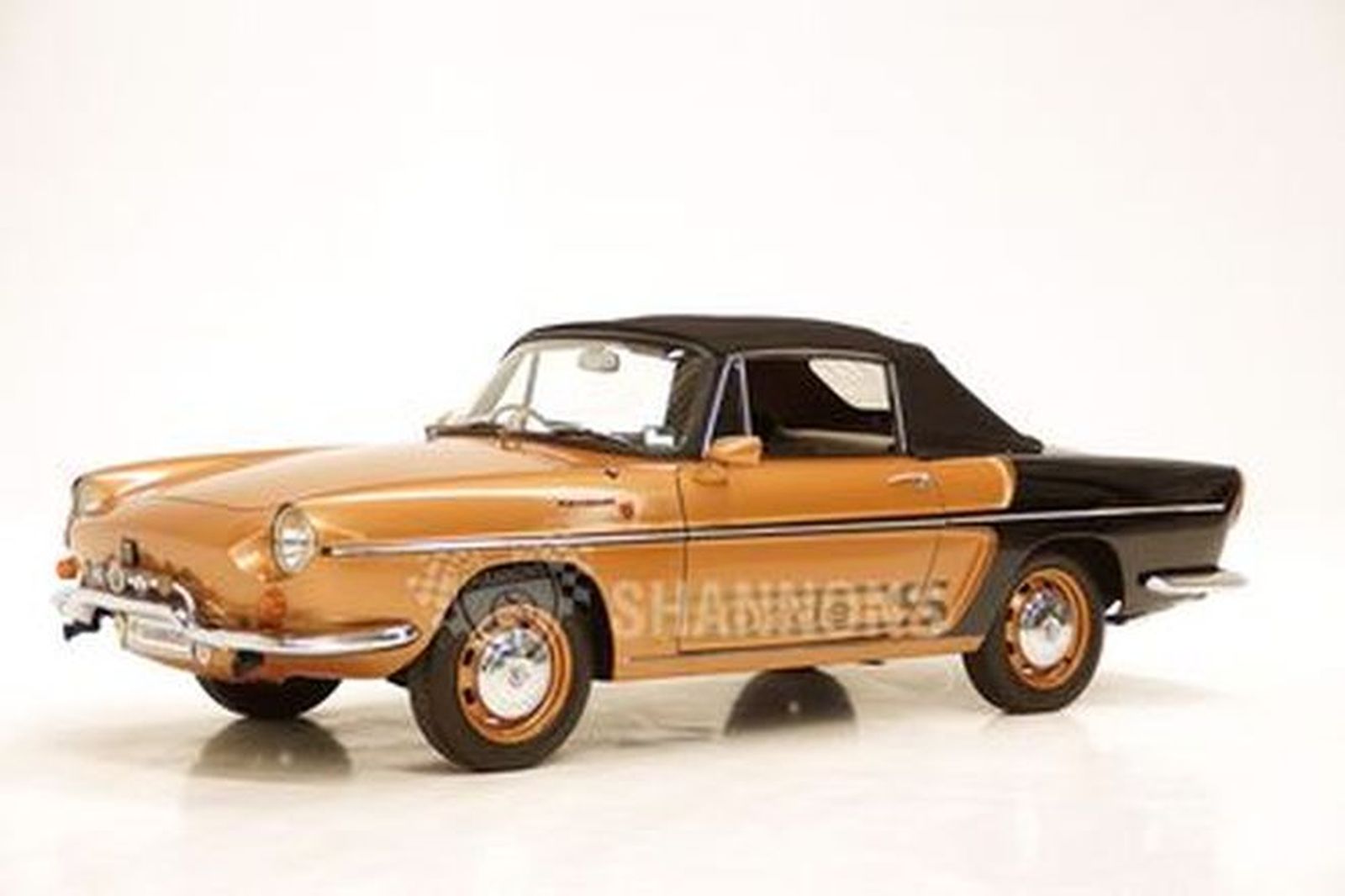