5250 people have viewed this lot

One of Japan’s all-time greats, Nissan's legendary R32 Skyline GT-R was a technological Tour de Force conceived with one goal in mind - to dominate Group A racing.  Unveiled in 1989, Nissan's engineers came up with the most sophisticated car to come out of Japan yet, combining all-wheel drive and the Super HICAS all-wheel steering system with a sublime DOHC 2.6-litre in-line six.  Conservatively rated at 276 bhp in road-going form (the real output was nearer 300 bhp), the R32's high-tech RB26DETT engine was capable of achieving more like 500 bhp in full race specification, thanks four valves per cylinder and twin turbos.  Nissan's homologation special was clothed in typically understated bodywork that belied its performance potential; indeed, an R32 GT-R unofficially held the lap record at the legendary Nürburgring Nordschleife circuit in Germany.  Of course, the R32's track record here in Australia is well known - thanks to its dominance on local circuits in the early 1990s, the Skyline earned the nickname 'Godzilla'. Despite attempts by officialdom to add weight penalties, drivers Mark Skaife and Jim Richards were able to virtually win at will.  The partisan crowds at Bathurst may not have appreciated the Nissan's dominance at the time, but the R32 certainly earned the respect of the Australian motoring public.  A limited run of just 100 road cars were sold by Nissan in Australia, priced at almost $110,000 apiece.  Available in just three colours (red, black and silver), the Aussie GT-Rs differed from their Japanese counterparts in several details, including the badges, outer tail lamp lenses, Maxima stereo unit and Bosch roof-mounted aerial. The GT-R badge continued to be worn by succeeding generations of Nissan's ultimate supercars but for many enthusiasts, particularly those of the Playstation generation, the original R32 holds a special place and the Australian-delivered cars have taken on legendary status amongst collectors and enthusiasts around the country. 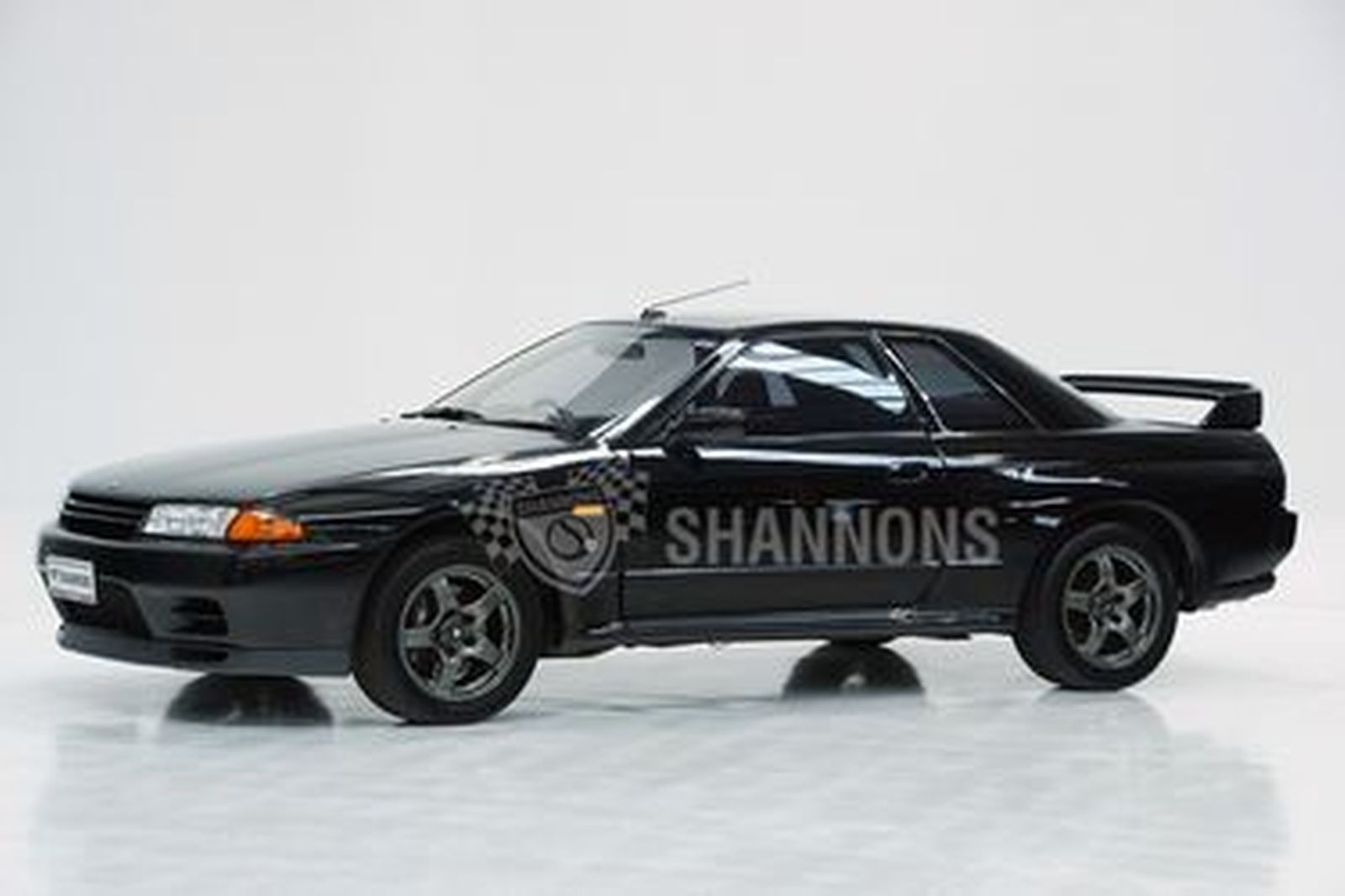