2939 people have viewed this lot

The Mercury Monterey was introduced in 1952 as a full range model, including sedan, wagon, coupe and convertible. It was designed initially as a high-end model, however during its life until 1974 it also served as a mid-range and even entry-level car. What was consistent was that it was a ‘full size’ model throughout its production run, and in fact the Monterey was the only Mercury model to be in continuous manufacture throughout the ‘60s. Built initially to combat the big coupes introduced by General Motors a year earlier, the original Monterey was packed with standard features including leather faced seats, simulated leather headliner, wool carpets, chrome-plated interior garnish mouldings, two-toned dashboard, special black steering wheel, fender skirts, dual outside rear-view mirrors, full wheelcovers & gold winged hood ornament. Special colours were offered; however, few were sold. The Monterey evolved through several iterations and by 1965 the sixth-generation the model was available as a four-door sedan and four-door hardtop, and a two-door coupe and two-door convertible as here. Redesigned for 1965 with a new torque-box frame and a more slab-sided look, the Monterey was available with 390ci V8, 410ci V8, 427ci V8 and 428ci V8, three and four speed manuals and two three-speed automatic transmissions. There was only one more generation of Monterey from 1969, after which the model was discontinued. 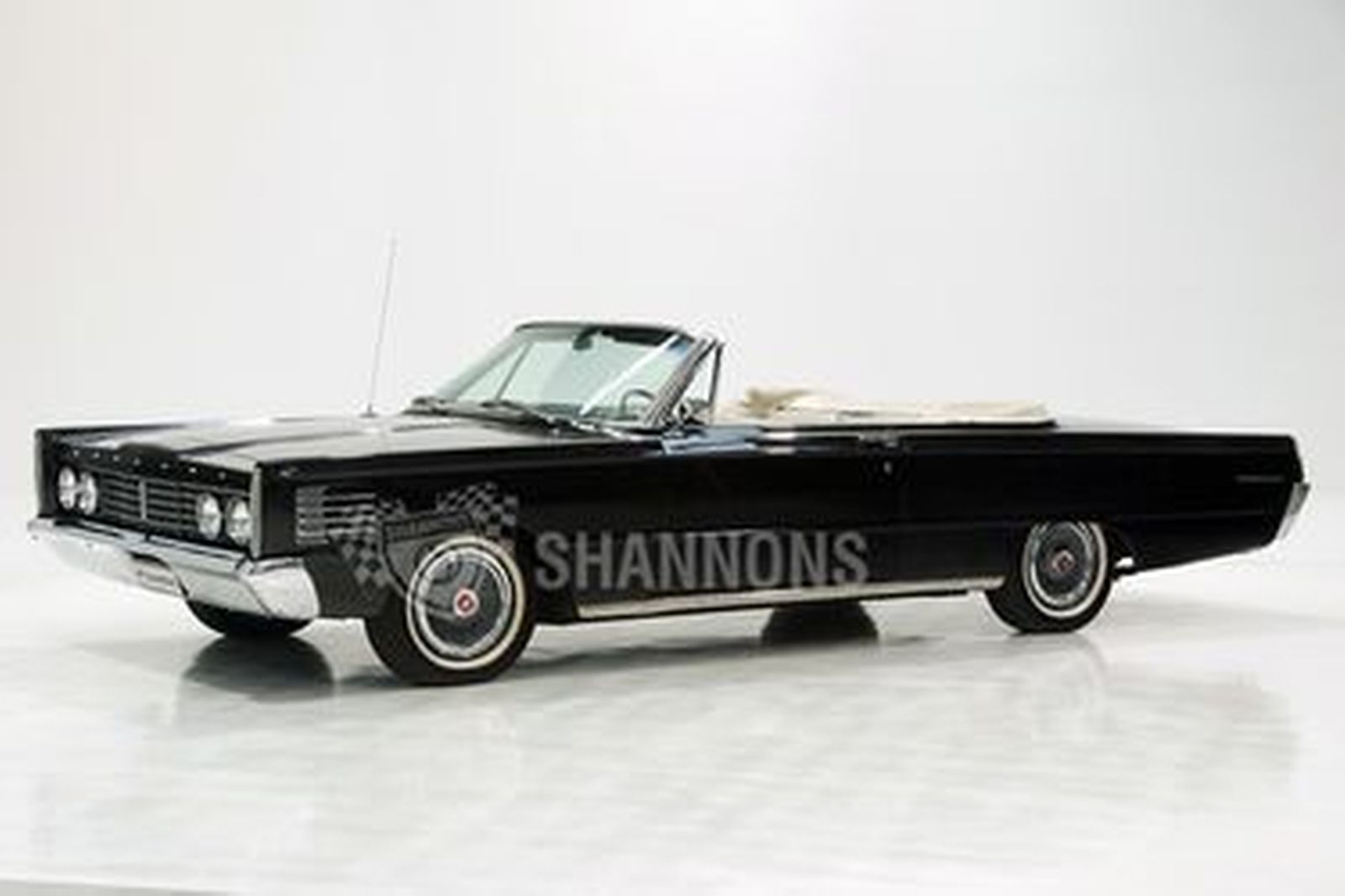