2557 people have viewed this lot

In the history of the automobile, models come and go with monotonous regularity but occasionally, a name catches the attention of the public and enthusiast alike. The Thunderbird is one such car, beloved by generations of car enthusiasts and a huge success right from day one. Although built in response to Chevrolet’s new Corvette, Ford’s designers conceived the new Thunderbird as a personal luxury car rather than an outright sports car, creating a whole new market segment in the process. Unveiled to the public at the 1954 Detroit Auto Show, the original Thunderbird was only available as a two-seat convertible, with unique styling cues such as the ‘porthole’ circular windows in the hardtop roof. With each succeeding generation and in keeping with contemporary trends, the Thunderbird grew in both stature and equipment, the original model replaced by the much larger ‘Square Birds’ of 1958-1960, followed by the sleek ‘Bullet Birds’ of 1961-1963. Ford totally redesigned the Thunderbird for 1961, releasing a fresh restyled car that was longer, lower, wider and much better looking. As Ford’s most expensive model, the Thunderbird sold in limited numbers and was offered in both convertible and coupe guises. All Thunderbirds were built in Wixom, Michigan with Ford’s powerful 390ci V8 engine and smooth Cruise-O-Matic transmission the standard drivetrain - a small number came with the M-series tri-power engine but most buyers were satisfied with the regular four-barrel set-up. The list of standard equipment was extensive, including power steering and power brakes, plus an even longer selection of optional extras. The chassis was developed for a smoother ride and improved handling, while the interior had a curved dashboard that echoed the exterior styling. Ford added two new models to its flagship line-up for 1962, the Landau (featuring a vinyl hardtop) and Sports Roadster, adding a distinctive horizontal feature line the following season. Ford built just over 63,000 Thunderbirds in 1963 (just 14,139 of these were Landaus) and the ‘Bullet Birds’ have become popular cruise cars, enjoying a strong following both here and in the USA. 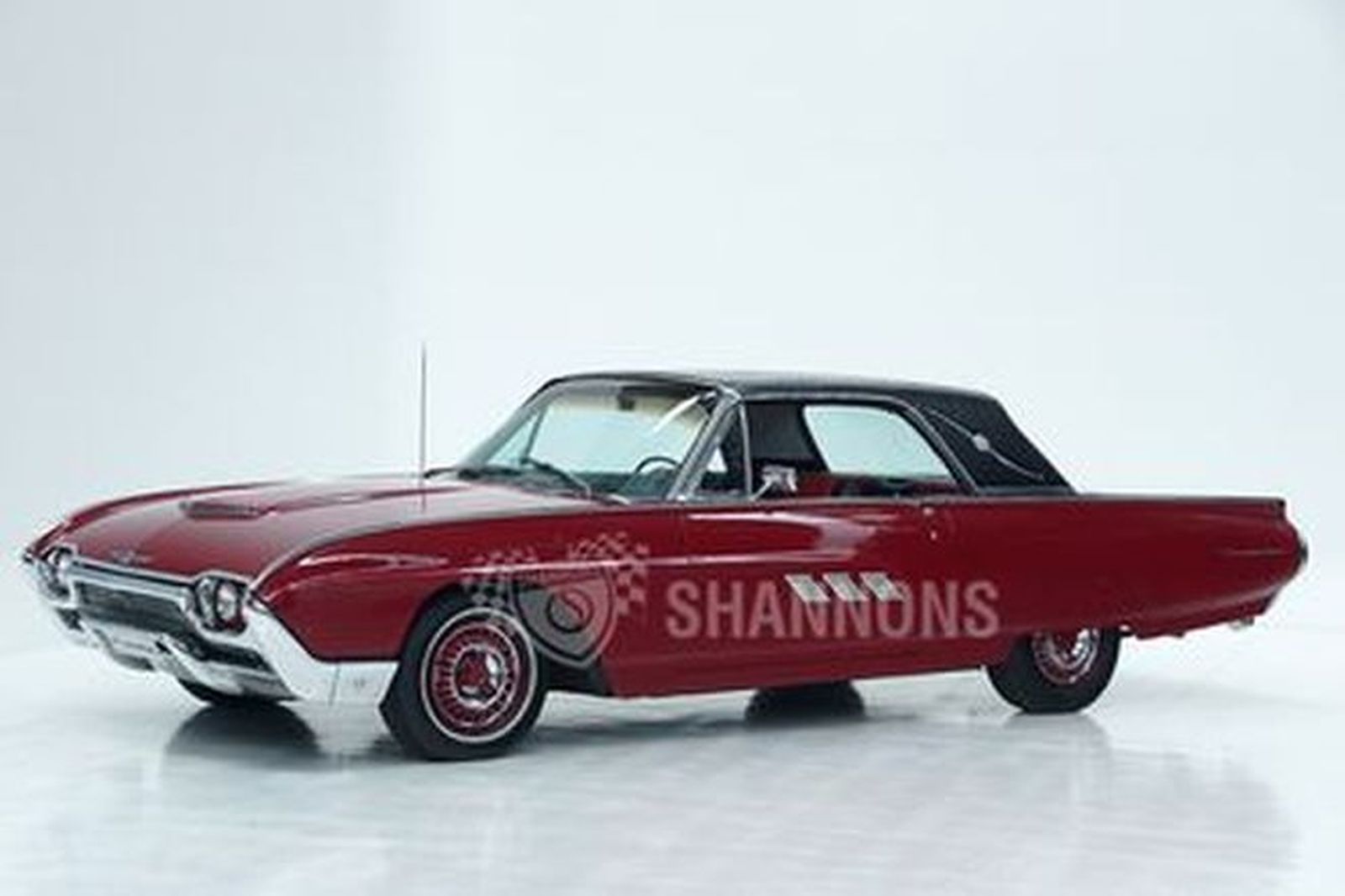 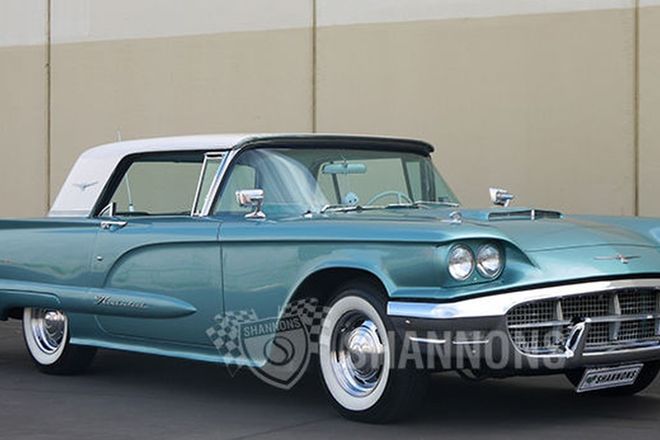 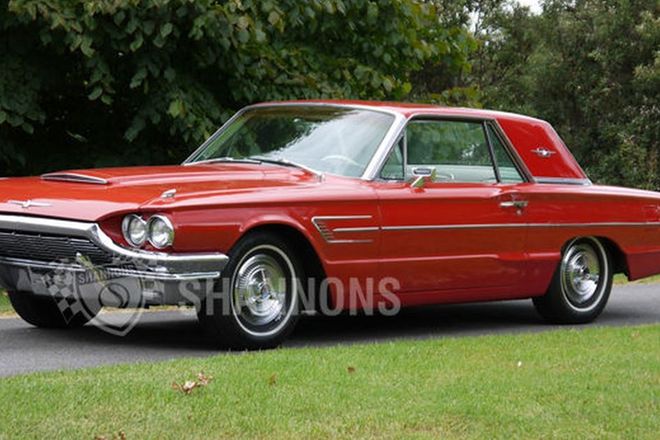 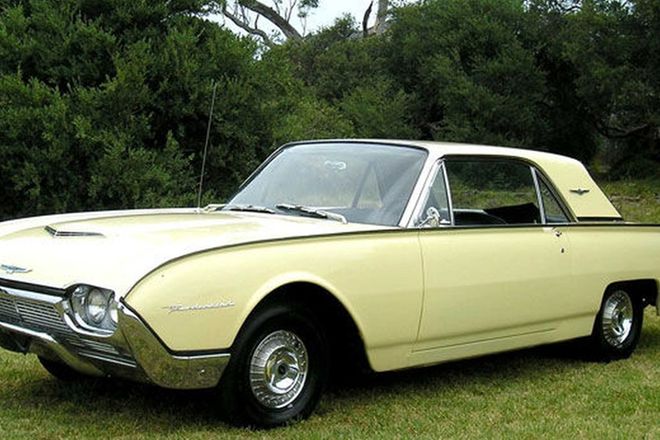 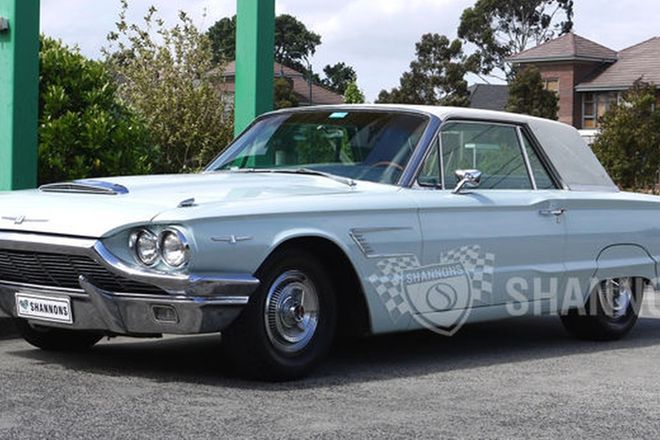