Ford launched an all-new Falcon model in March 1979 and the XD/XE/XF range proved hugely successfully throughout the 1980s, ultimately eclipsing Holden's Commodore as Australia's most popular family car. Mechanically simple, the new Falcon was slightly smaller than the outgoing XC model while the running gear was carried over with few changes. The XD was sold in both sedan and station wagon versions, plus the usual commercials, while the model line-up consisted of the base Falcon GL, mid-range Fairmont and upmarket Fairmont Ghia, later joined by the stretched luxury Fairlane and LTD models. In July 1980 Ford introduced a new alloy cylinder head across all six-cylinder models, improving both power and fuel economy, along with electronic ignition and revised cooling. In an effort to inject a little sparkle into the range, Ford also announced a high-performance model dubbed the ESP (which stood for European Sports Pack), to evoke the spirit of the earlier GTs. Offering a unique colour palette, colour-coded grille, fog lamps, front spoiler and 15-inch alloy rims shod with low profile tyres, the list of features was more than just skin deep. Bilstein gas shock absorbers, heavy-duty anti-roll bars and stiffer springs improved the Falcon's handling and the ESP came with four-wheel disc brakes, a limited-slip diff and quick ratio steering as standard. Under the bonnet, the ESP was equipped with Ford's 4.1-litre six and a four-speed manual gearbox as standard, although the 5.8-litre V8 remained optional. Interior changes included Scheel front seats with cloth trim and full instrumentation. The ESP Falcon may not have been the raw road burner GT fans were looking for, but was an altogether more sophisticated package, one that could easily deal with daily conditions as well as more spirited driving. When Ford unveiled its revised XE Falcon range in March 1982 the ESP continued but was now based on the more upmarket Fairmont Ghia, which meant more standard equipment, while the appearance was improved with new pattern cross-spoked 15-inch Gold alloys and more integrated body enhancements complemented initially by two-tone paintwork and later in single tone paints. The XE ESP was available in 4.1, 4.9 or 5.8-litre versions, although the locally-made V8 was doomed to a short life, the final V8-powered Falcon emerging from the Broadmeadows plant in November 1982. With its new Watts link rear suspension set-up, the XE Falcon was a much nicer car to drive and compared favourably with the best European saloons of the day in contemporary road tests. 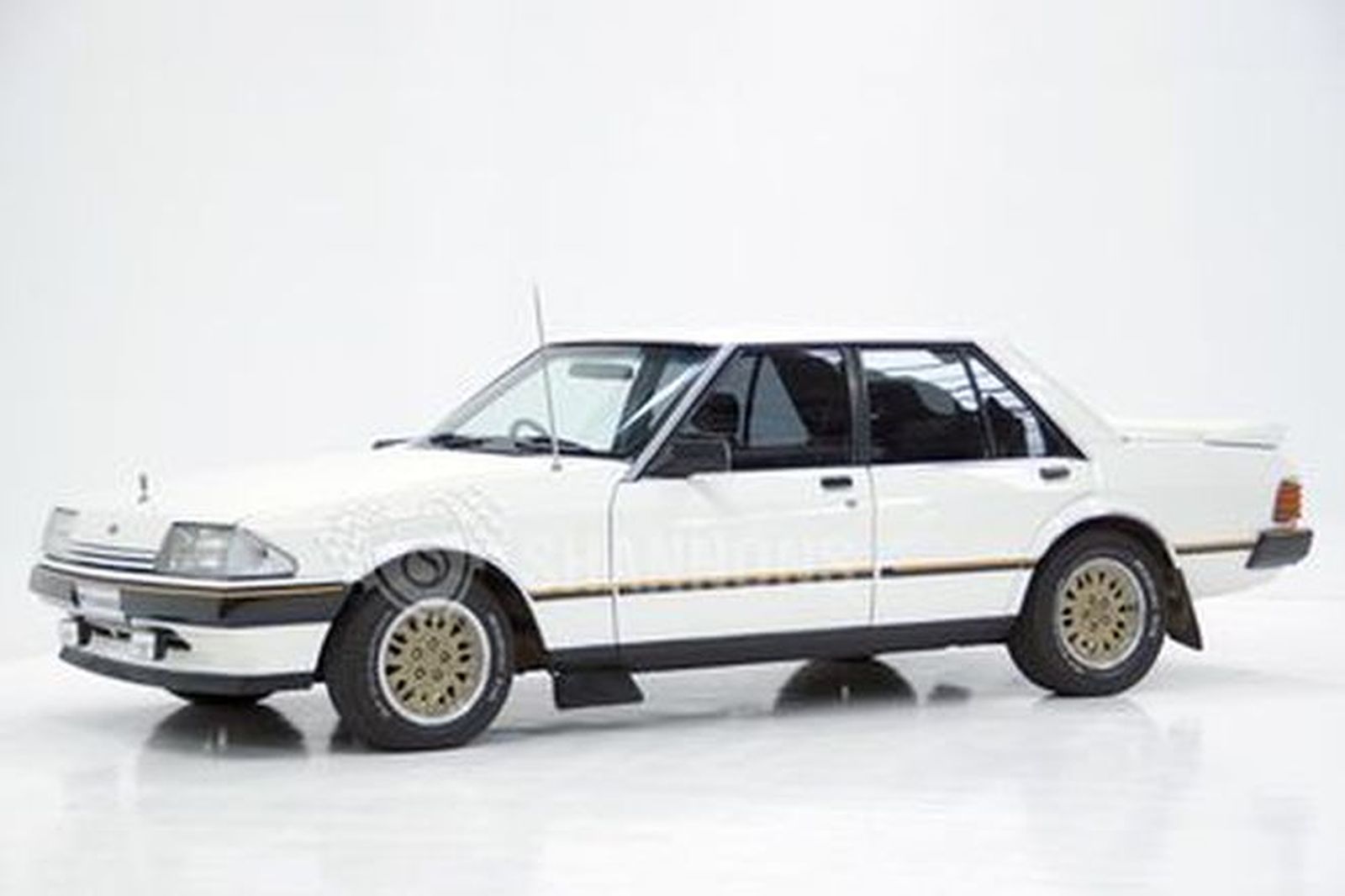