This lot is no longer available
The Plymouth Superbird was a highly modified, short-lived version of the Plymouth Road Runner model with its well-known cartoon graphics. It was the factory's follow up NASCAR stock car racing design, for the 1970 season, to the Dodge Charger Daytona of 1969, and incorporated many engineering changes and modifications (both minor and major) garnered from the Daytona's season in competition.
Famously featuring a protruding, aerodynamic nosecone, a high-mounted rear wing and, unique to the Superbird, a horn which mimicked the Road Runner cartoon character.
The Plymouth Superbird's smoothed-out body and nosecone were further refined from that of the Daytona, and the street version's retractable headlights added nineteen inches to the Road Runner's original length. The rear wing was mounted on tall vertical struts that put it into less disturbed air thus increasing the efficiency of the downforce that it generated at the rear of the car.
NASCAR's homologation requirement demanded that vehicles to be raced must be available to the general public and sold through dealerships in specific minimum numbers.
For 1970, NASCAR raised the production requirement from 500 examples to one for every two manufacturer's dealers in the United States; in the case of Plymouth, that meant having to build 1,920 Superbirds. So 1970 was the model’s only production year.
Superbirds had three engine options: the 426 Hemi V8 engine producing 425 bhp (317 kW), the 440 Super Commando Six Barrel with three two-barrel carburettors producing 390 bhp (290 kW) and the 375 bhp (280 kW) 440 Super Commando with a single 4-barrel carburettor. 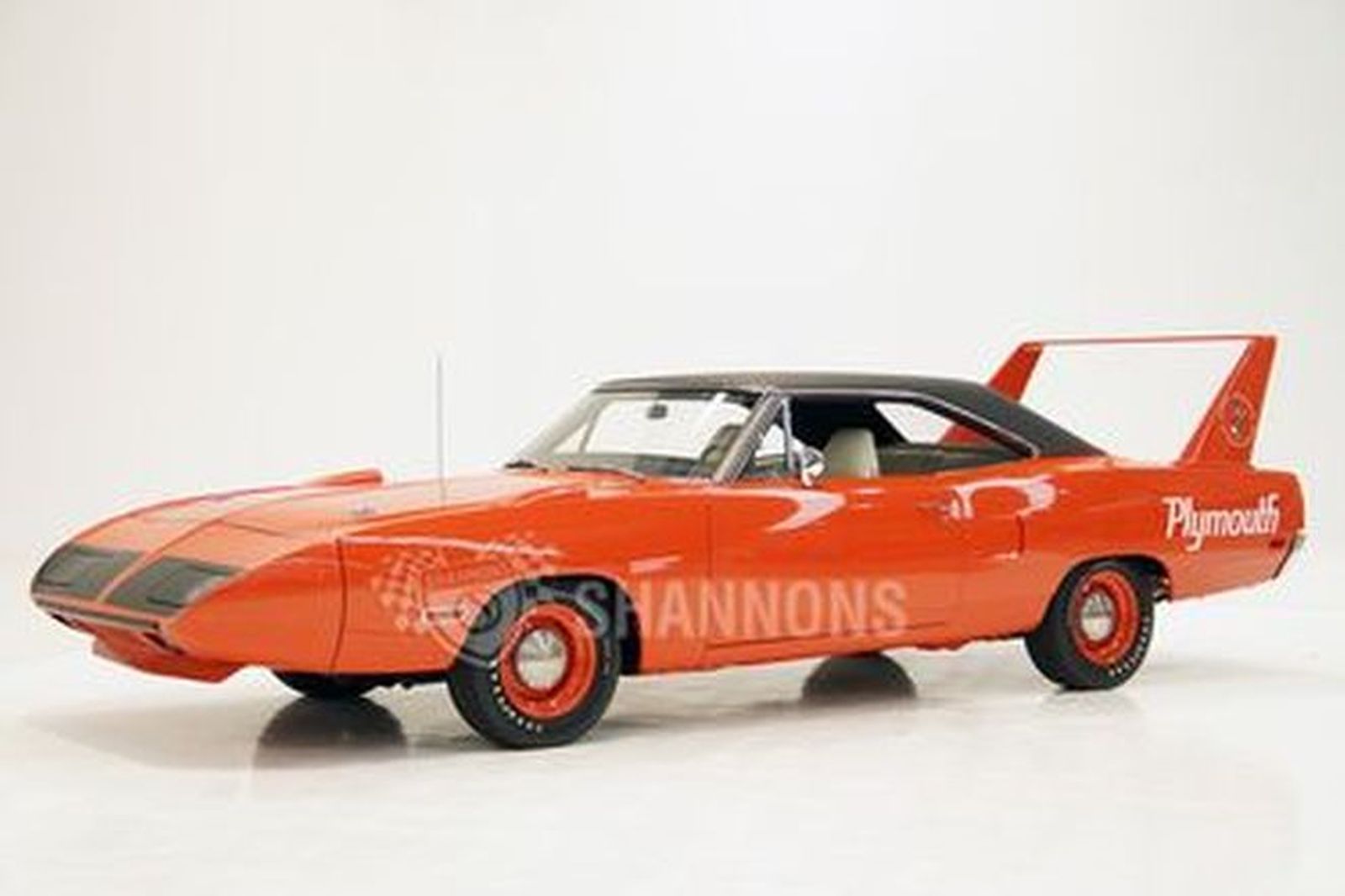