2367 people have viewed this lot

Velocette motorcycles were made by Veloce Ltd, in Hall Green, Birmingham, England. Velocette was a small, family-owned firm, selling almost as many hand-built motorcycles during its lifetime, as the mass-produced machines of the giant BSA and Norton concerns. Renowned for the quality of its products, the company was "always in the picture" in international motorcycle racing, from the mid-1920s through the 1950s, culminating in two World Championship titles (1949–1950 350 cc) and its legendary and still-unbeaten (for single-cylinder, 500 cc machines) 24 hours at over 100 mph (161 km/h) record. Veloce, while small, was a great technical innovator and many of its patented designs are commonplace on motorcycles today, including the positive-stop foot shift and swinging arm rear suspension with hydraulic dampers. In 1960, Velocette introduced the Viceroy, a very unusual 250 cc opposed twin two-stroke scooter. Unique to the Viceroy was the front-mounted twin-cylinder engine, and the fuel tank mounted under the front legshield. The engine itself was extremely compact, and connected to the rear-mounted clutch and transmission by a drive shaft from the engine-mounted flywheel. With electric start, 12-volt electrics, a very low centre of gravity, power over 11 kW and a comfortable cruising speed of 105 km/h, performance, handling and features of the Viceroy were first class. Unfortunately, the scooter came as market forces and rider preferences were changing, and the Viceroy was not a sales success. The late 1960s were the last years of production for Velocette motorcycles, production for the Velocette Viper and Vogue ending in 1968, "Special", Scrambler and Endurance in 1969, and MSS Venom and Velocette Thruxton in 1970. Veloce Ltd. closed in February 1971. 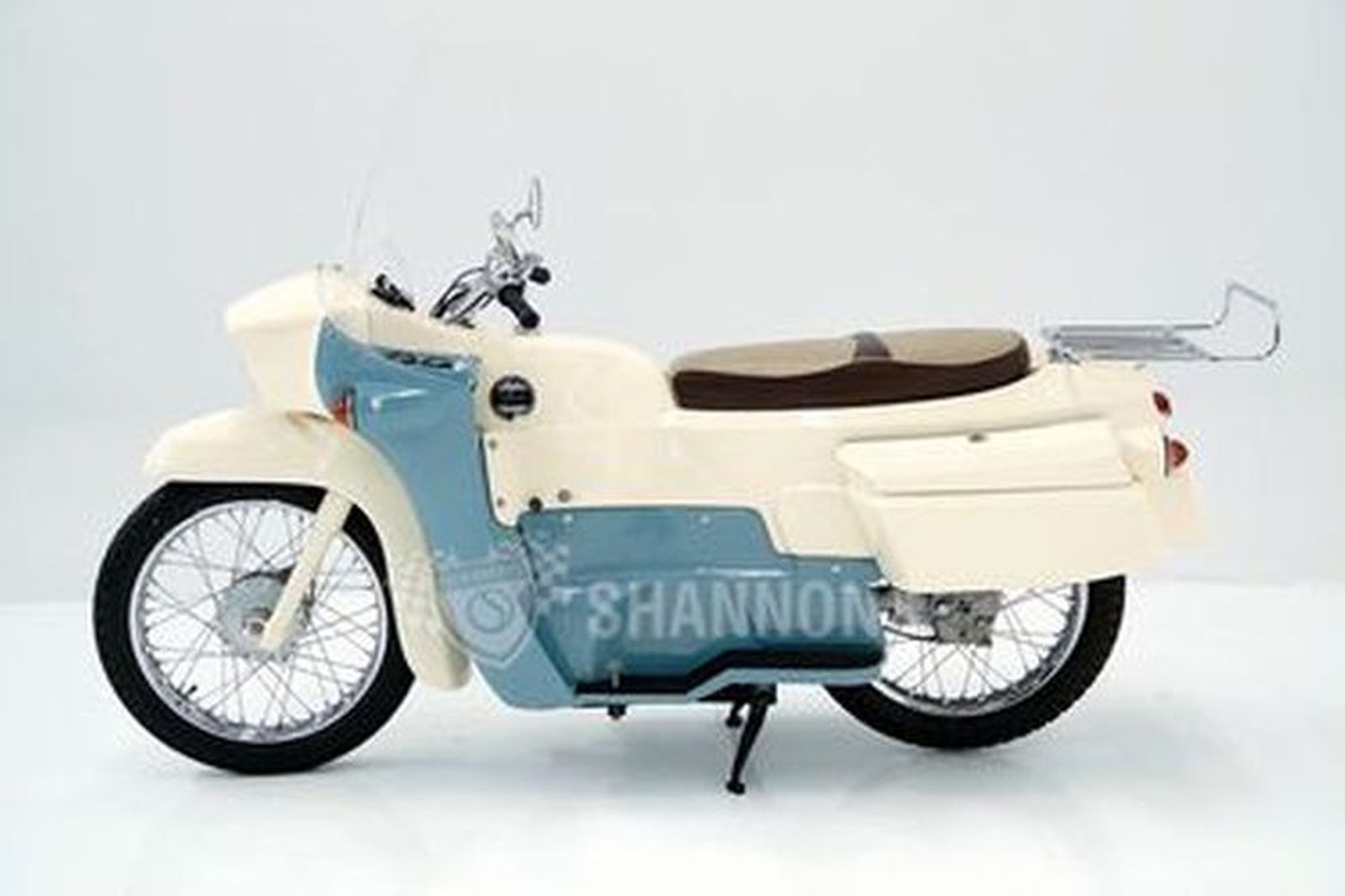