3461 people have viewed this lot

the past century and their products have always reflected the mood of the nation – witness, for example, the rise of the fins and other styling excesses in the booming 1950s and the more sober, restrained elegance of the early 1960s as the Cold War era began in earnest.  Cadillac’s first Eldorado was a 1952 Dream Car, entering production as a limited edition model the following year.  The Eldorado became Cadillac’s range-topping convertible before being joined by the Seville hardtop coupe derivative, with the open version thereafter badged the Biarritz.  Succeeding generations saw the Eldorado grow in size and stature until the arrival of the radical sixth generation in 1967, becoming Cadillac’s first personal luxury car to feature front-wheel drive, with the driveline borrowed from the innovative Oldsmobile Toronado. As a unique model line in the 1970s, the Eldorado enjoyed excellent sales despite the Oil Crisis, but Cadillac finally bowed to public pressure in 1979 with the eighth generation, a smaller, more fuel efficient design sharing the same platform with the Toronado and Buick’s Riviera.  Retaining the front-drive layout, Cadillac’s engineers added fully independent rear suspension, electronic level control and a choice of either 350-cid or 368-cid V8s (the latter using DEFI engine management and, from 1981, variable displacement technology), plus a diesel option.  The Eldorado’s distinctive appearance was accentuated by the long hood/short rear deck styling, frameless doors and vinyl roof panel, while the interior was the usual mix of luxury features included a redesigned instrument panel in burr walnut, with an electronic digital display optional from 1981.  Cadillac made a host of improvements to the Eldorado in the early 1980s, adding a 4.1-litre V6 sourced from Buick in 1981 before Cadillac’s own alloy block HT4100 V8 became the Eldorado’s standard powertrain the following year, featuring digital fuel injection.  The 1984 Eldorado was something of a milestone in Cadillac’s history, with the return of a convertible for the first time since 1976.  Developed by the ASC Corporation in Lansing, Michigan the power hood had a glass rear window and the side windows automatically raised or lowered with the roof.  Extensively braced and reinforced, the Eldorado’s body was surprisingly free of scuttle shake and came in a choice of three colours, Cotillion White, Hatteras Blue and Autumn Maple Firemist.  Priced at a hefty $31,286, the Eldorado Biarritz Convertible was Cadillac’s most expensive regular production model for 1984 and, with only 3,300 made, also the rarest unless one counts the limited production Fleetwood limousine. 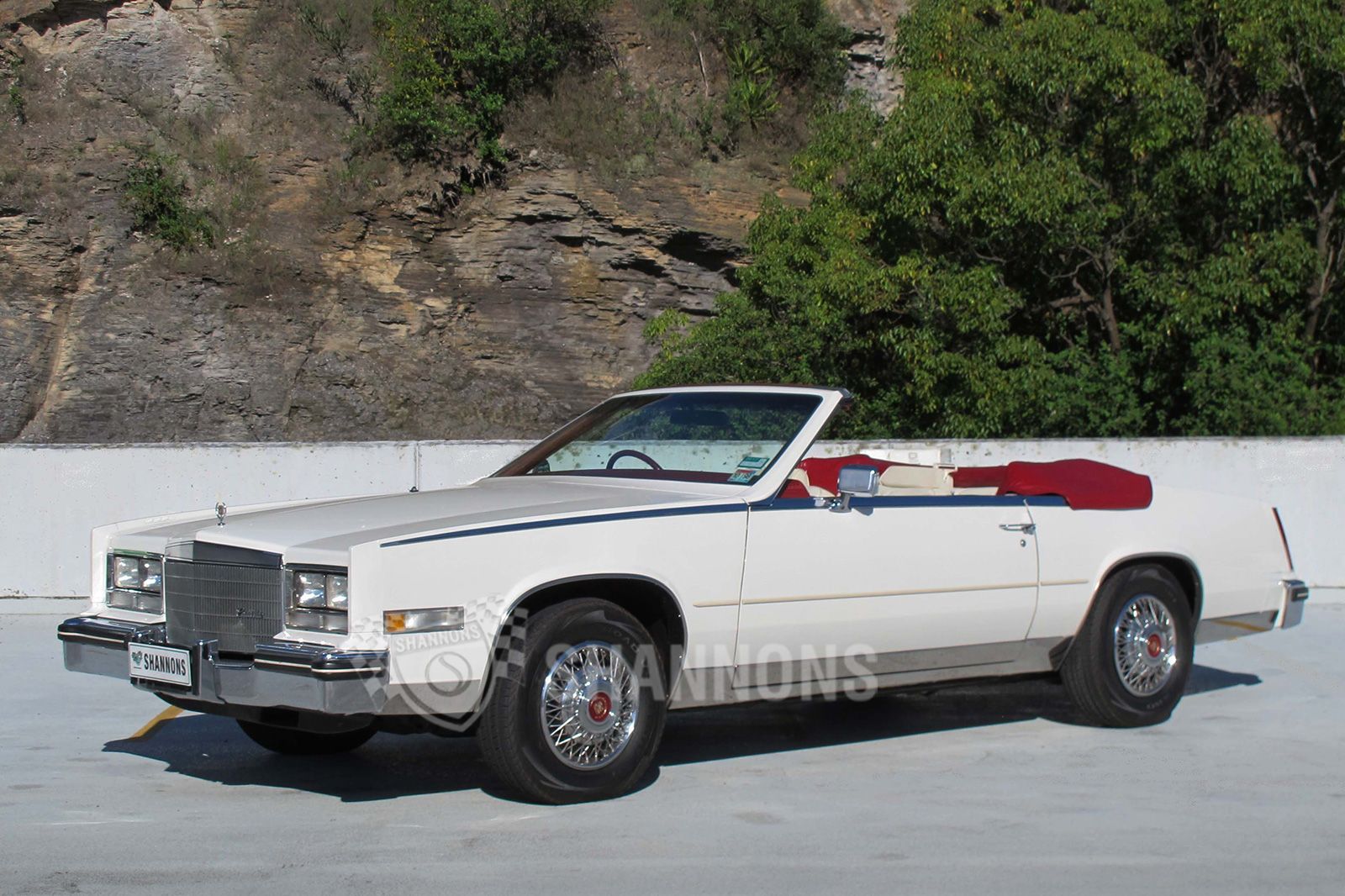 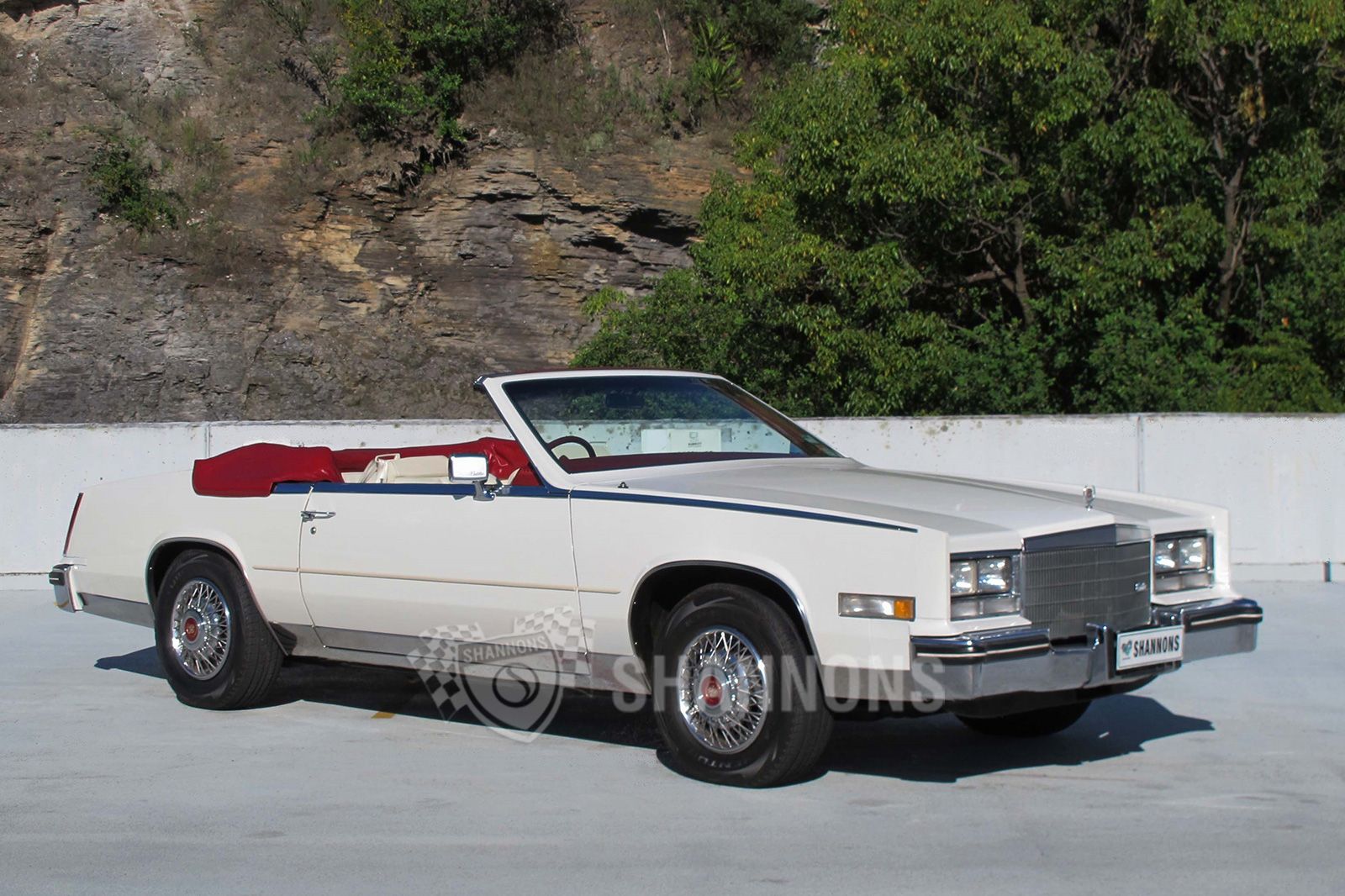 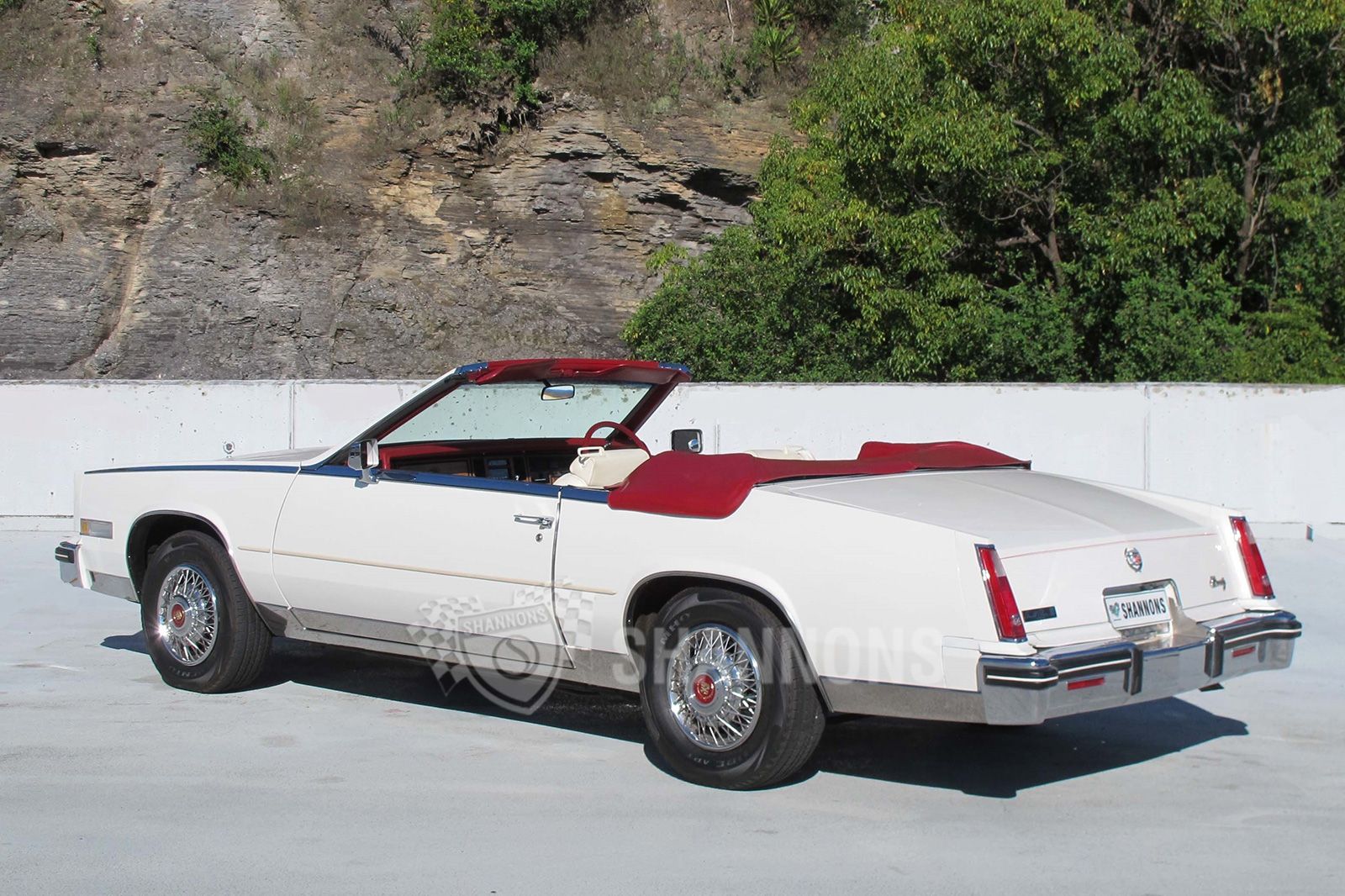 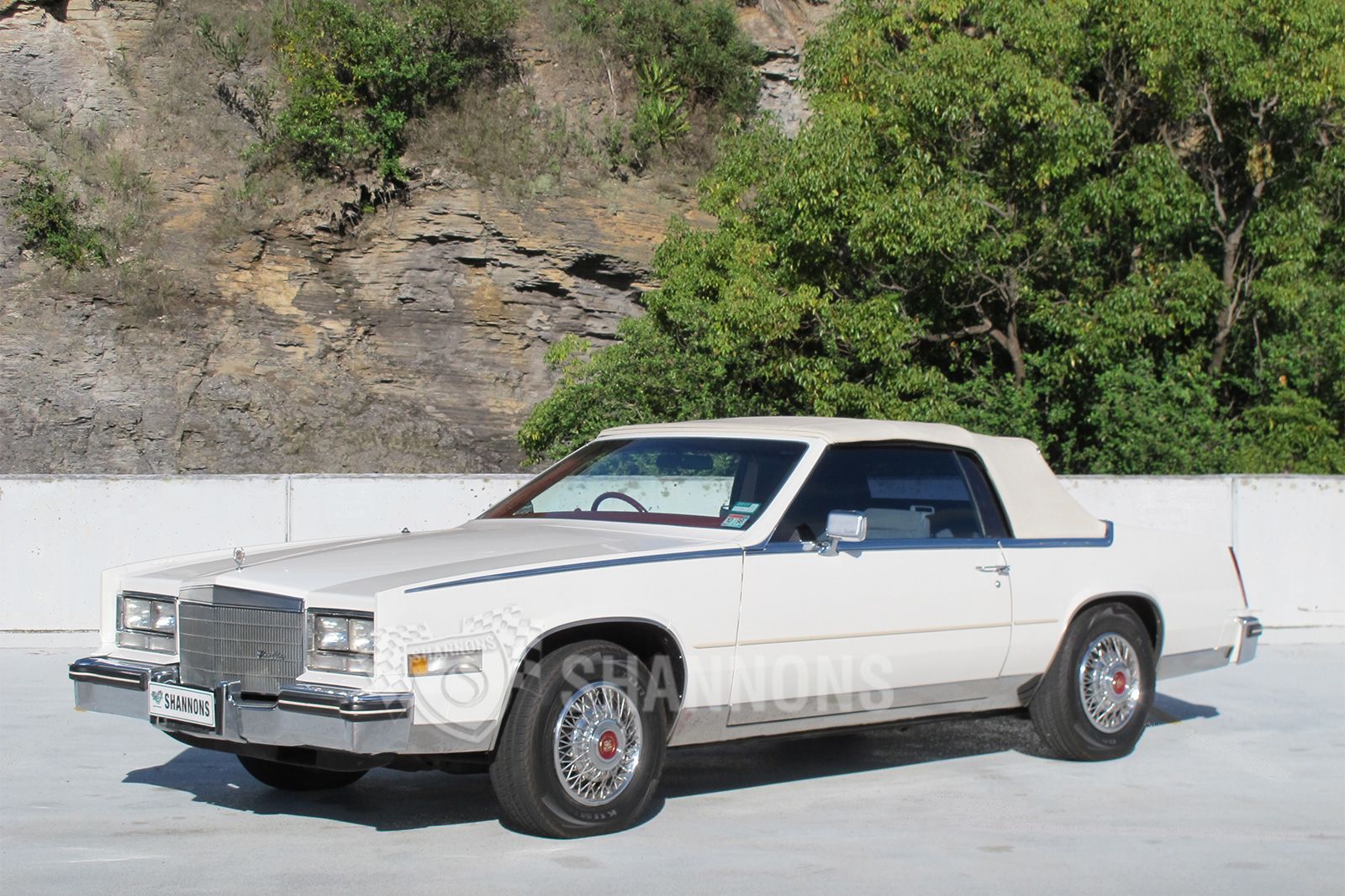 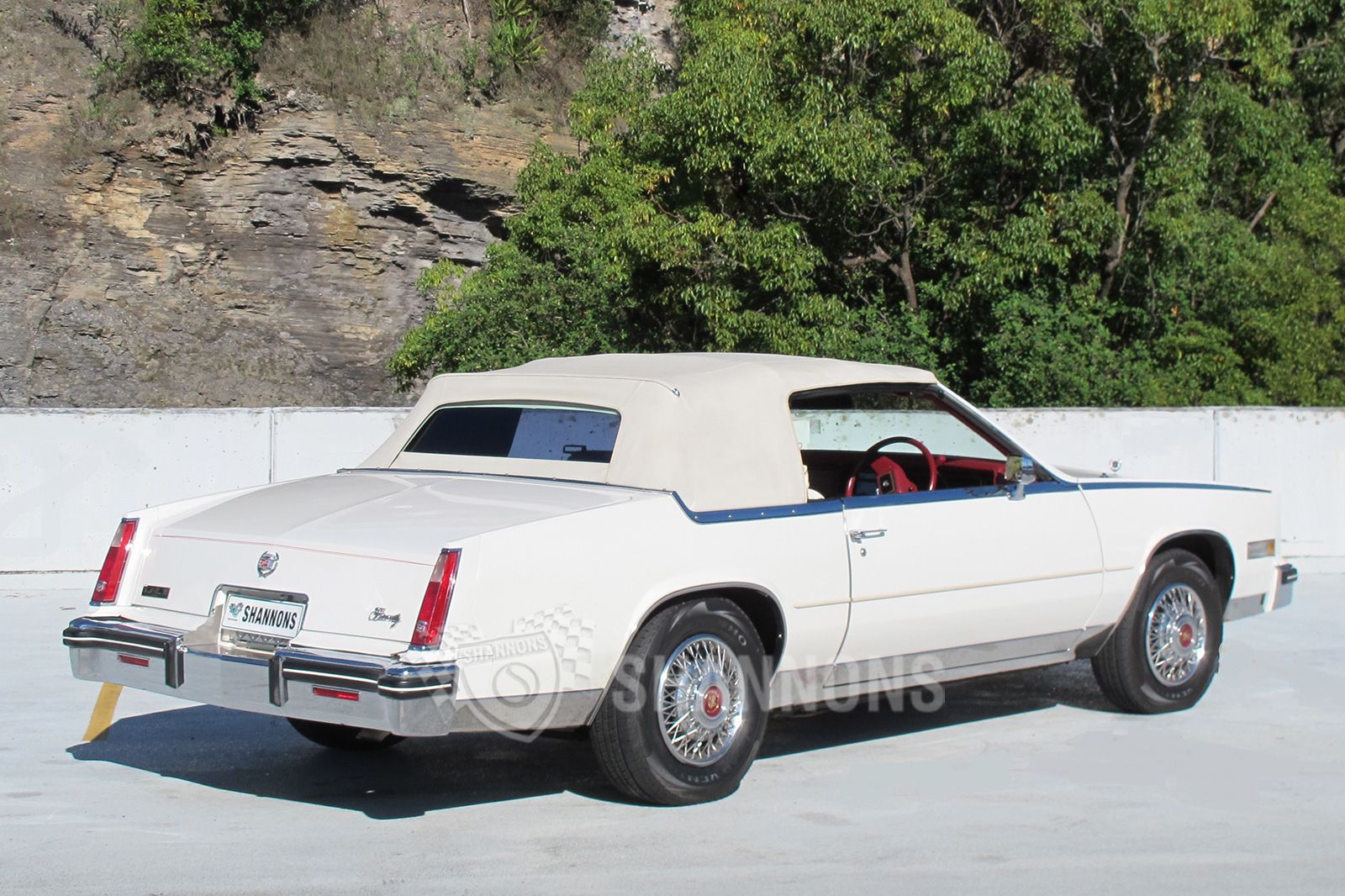 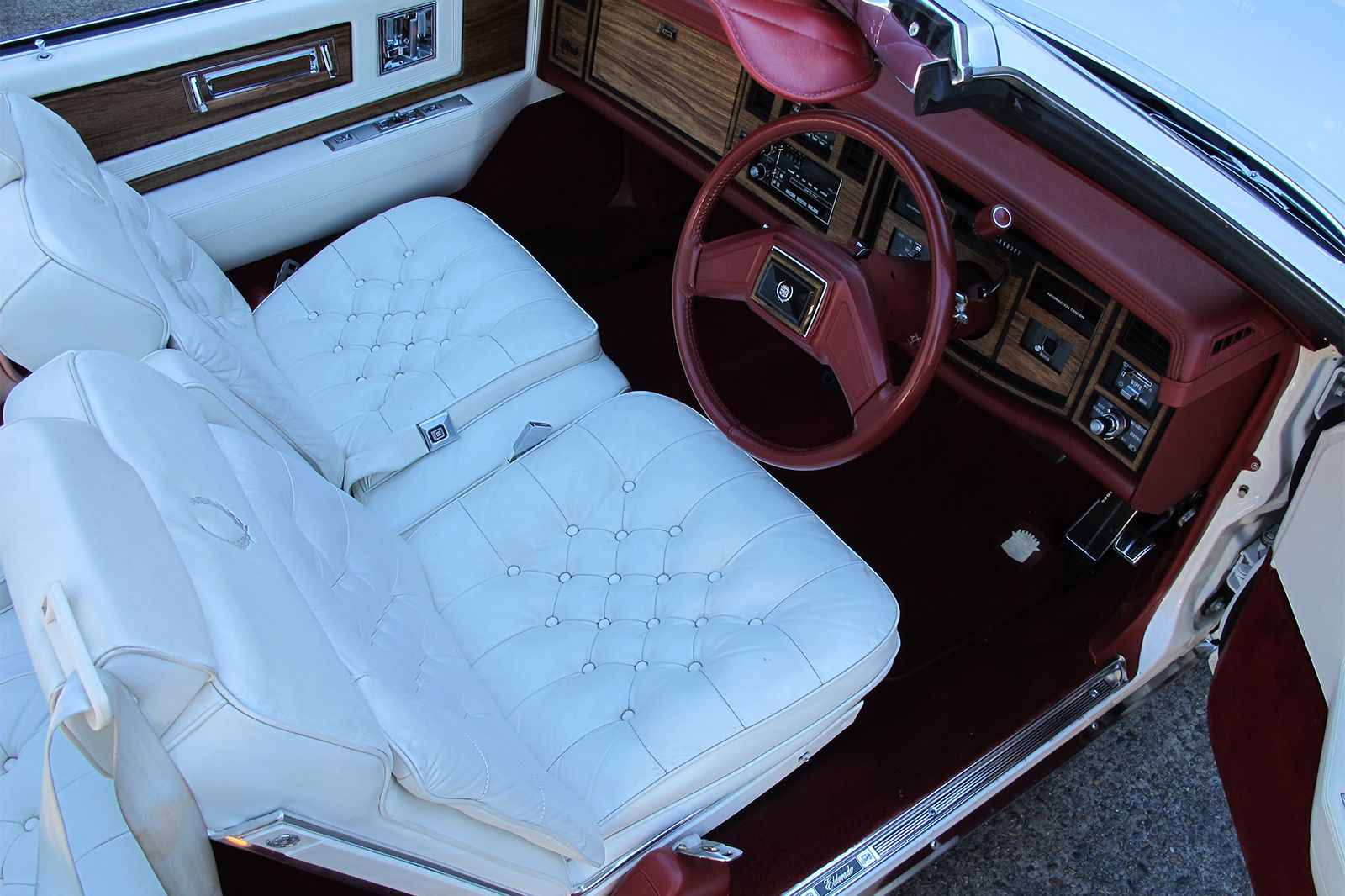 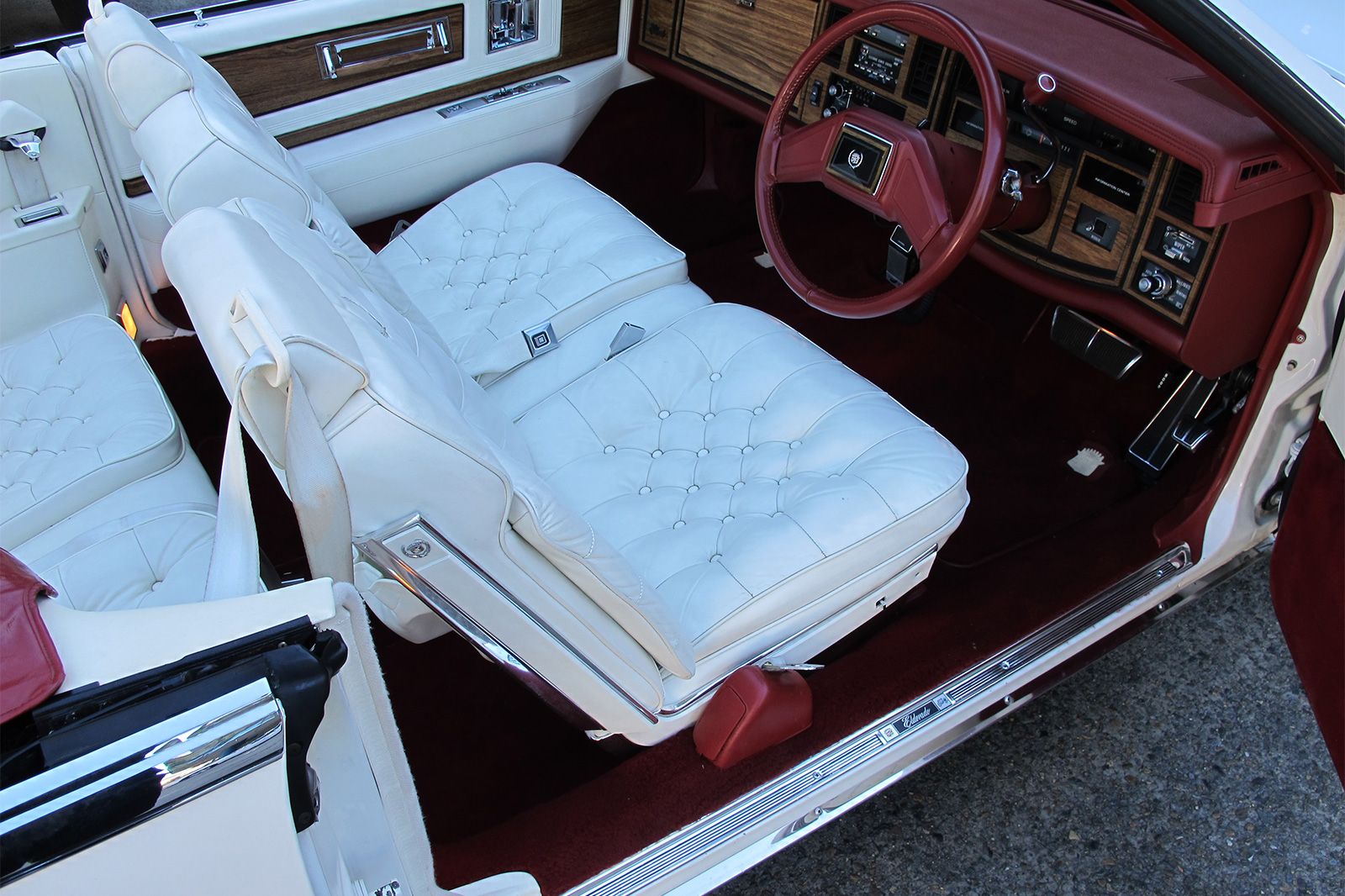 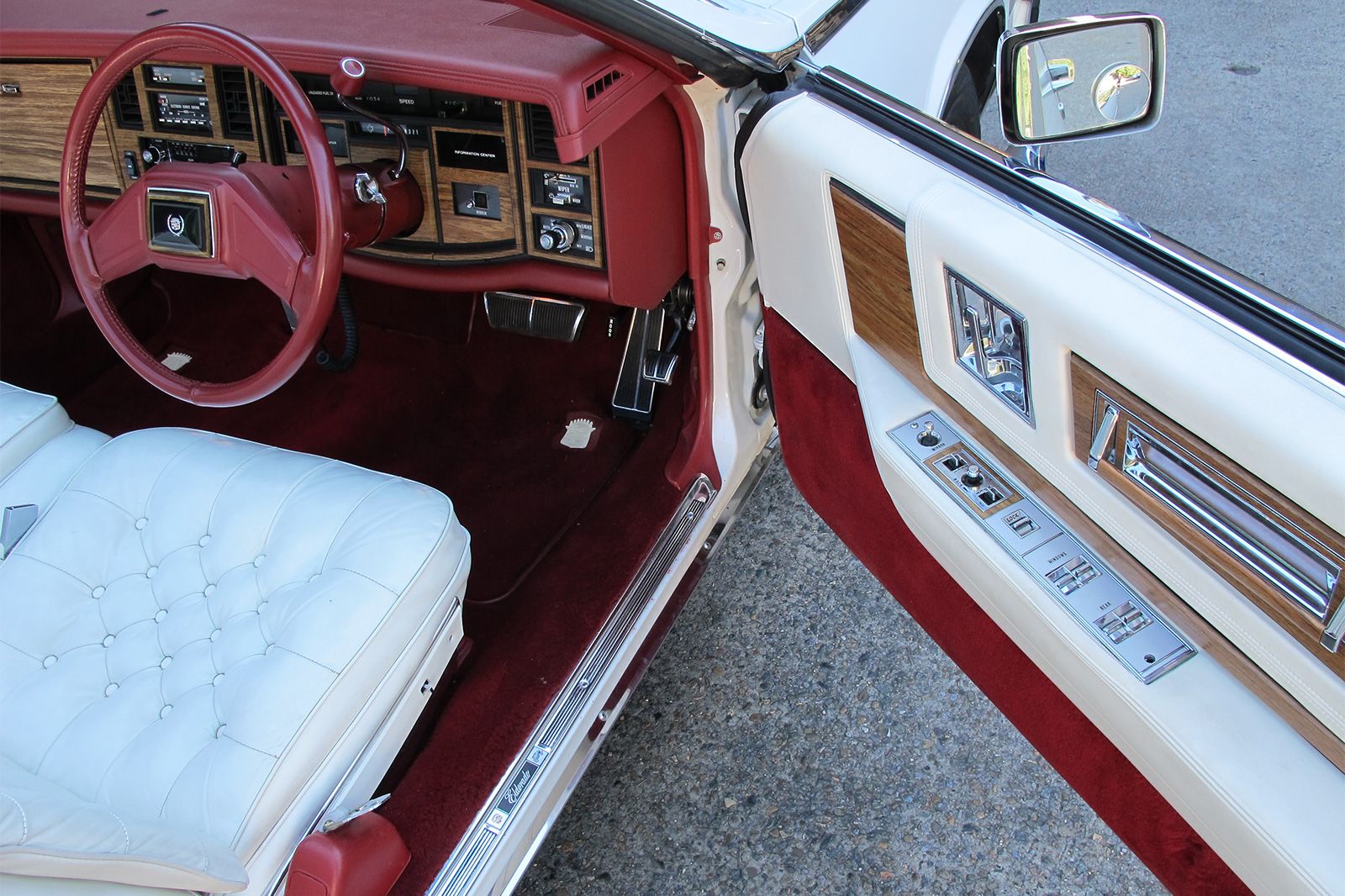 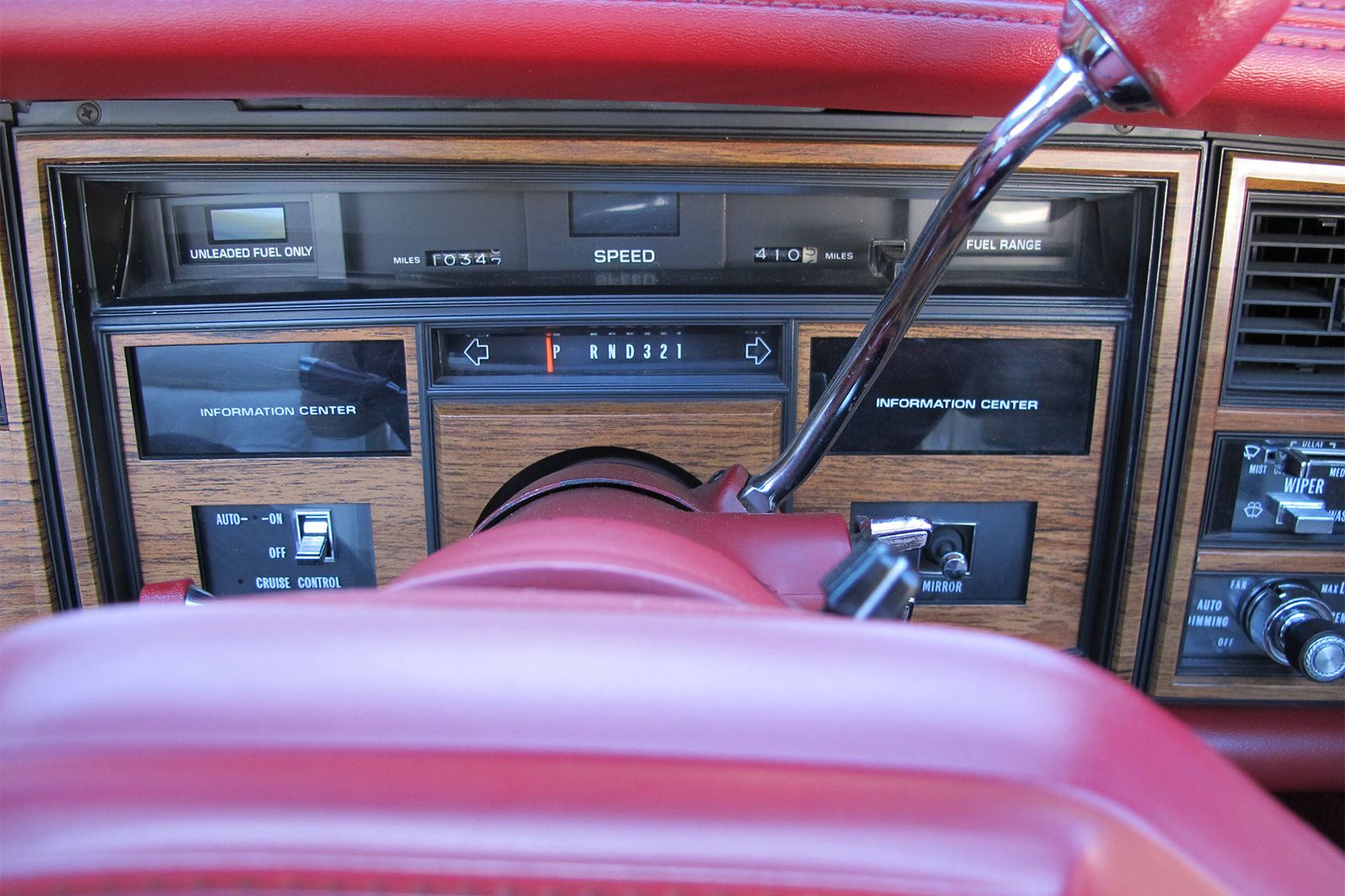 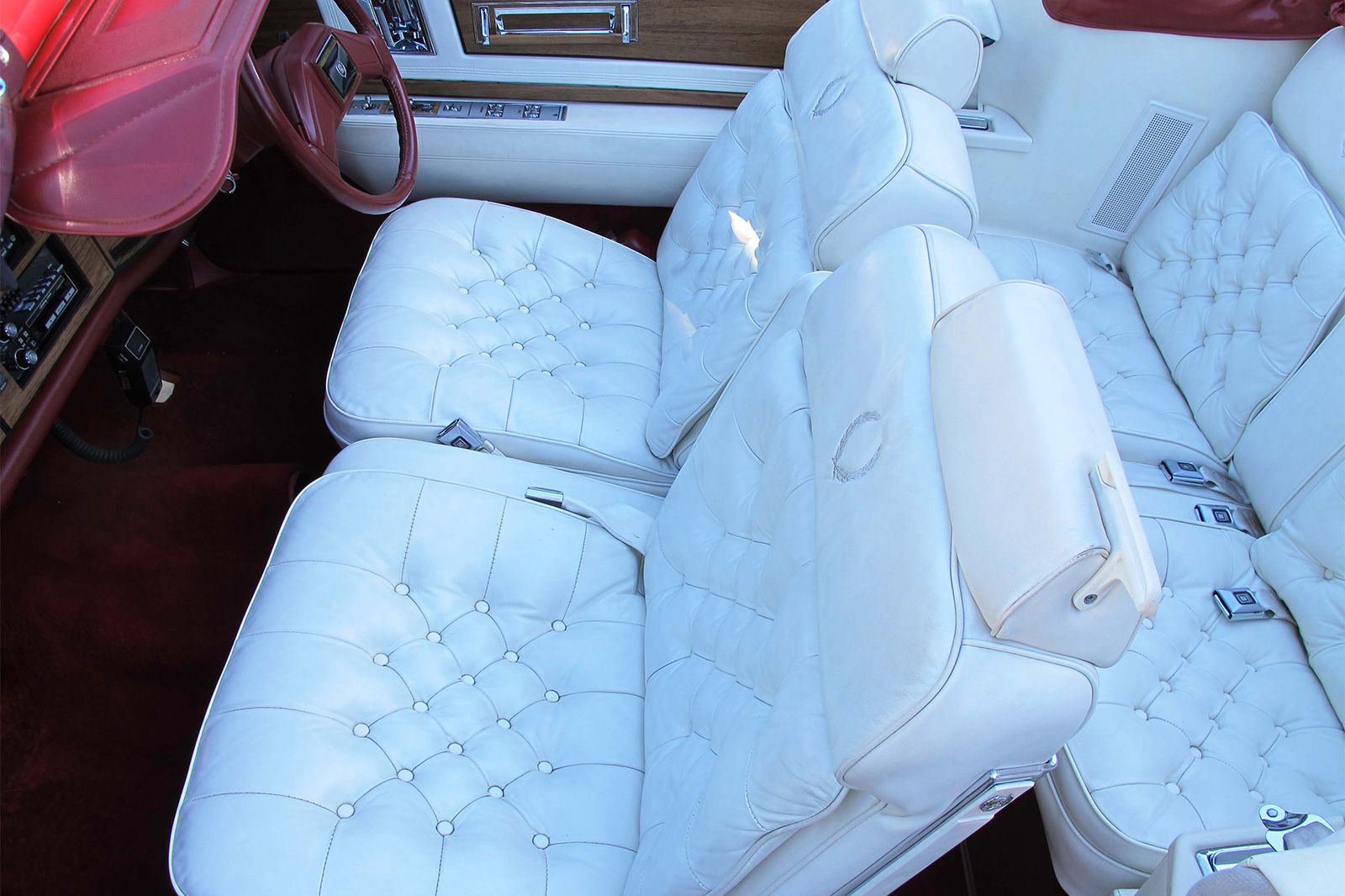 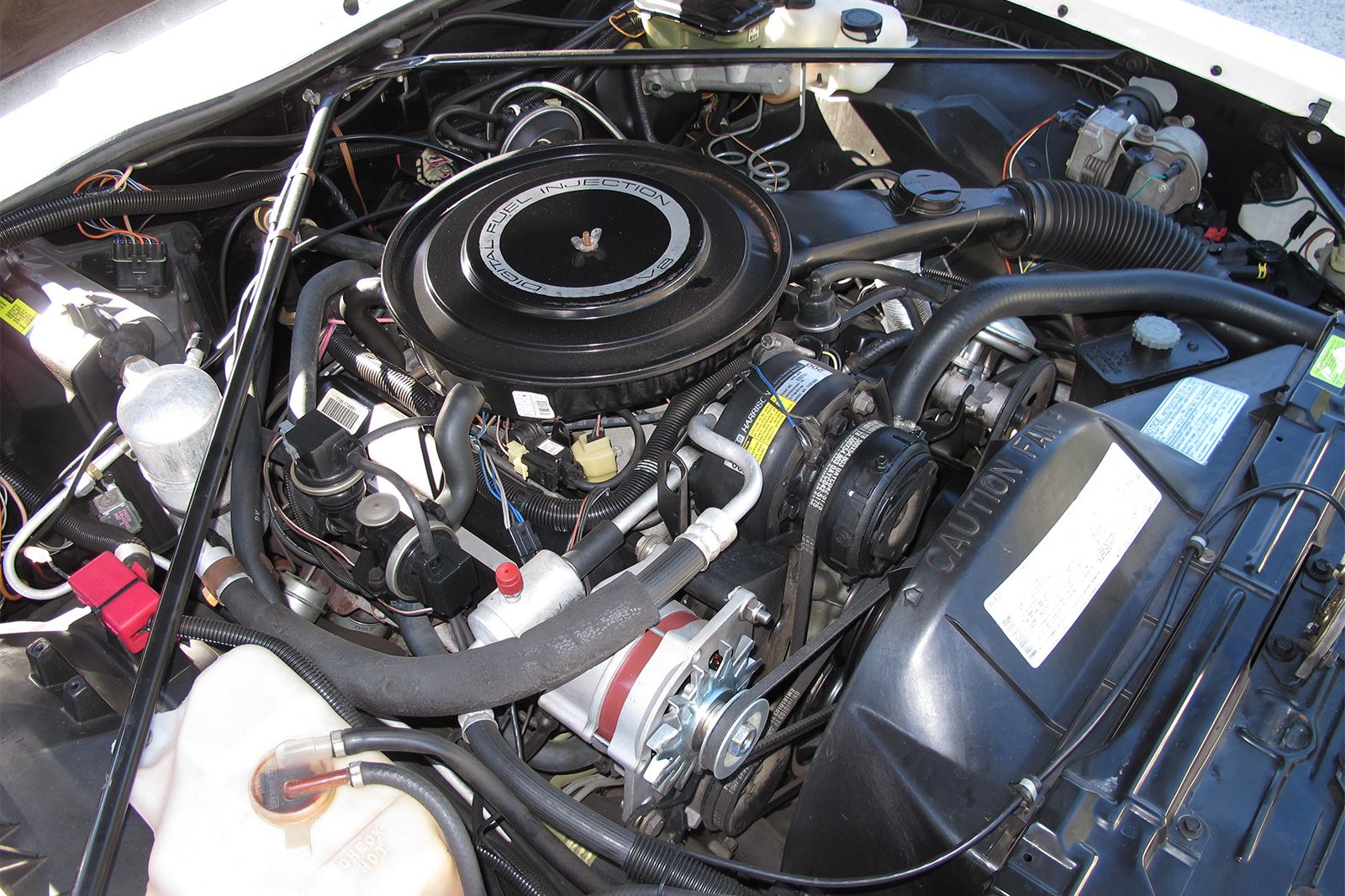 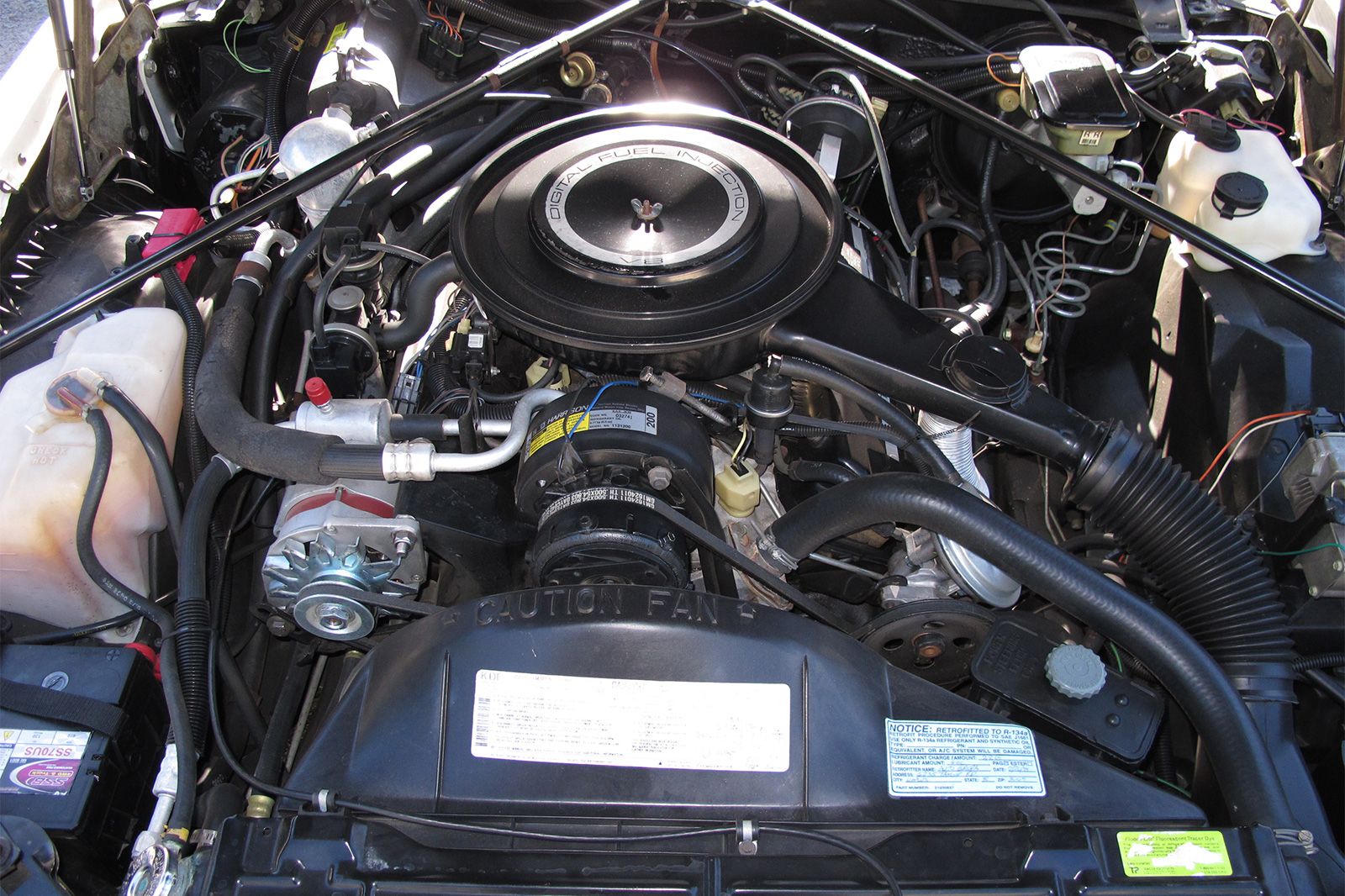 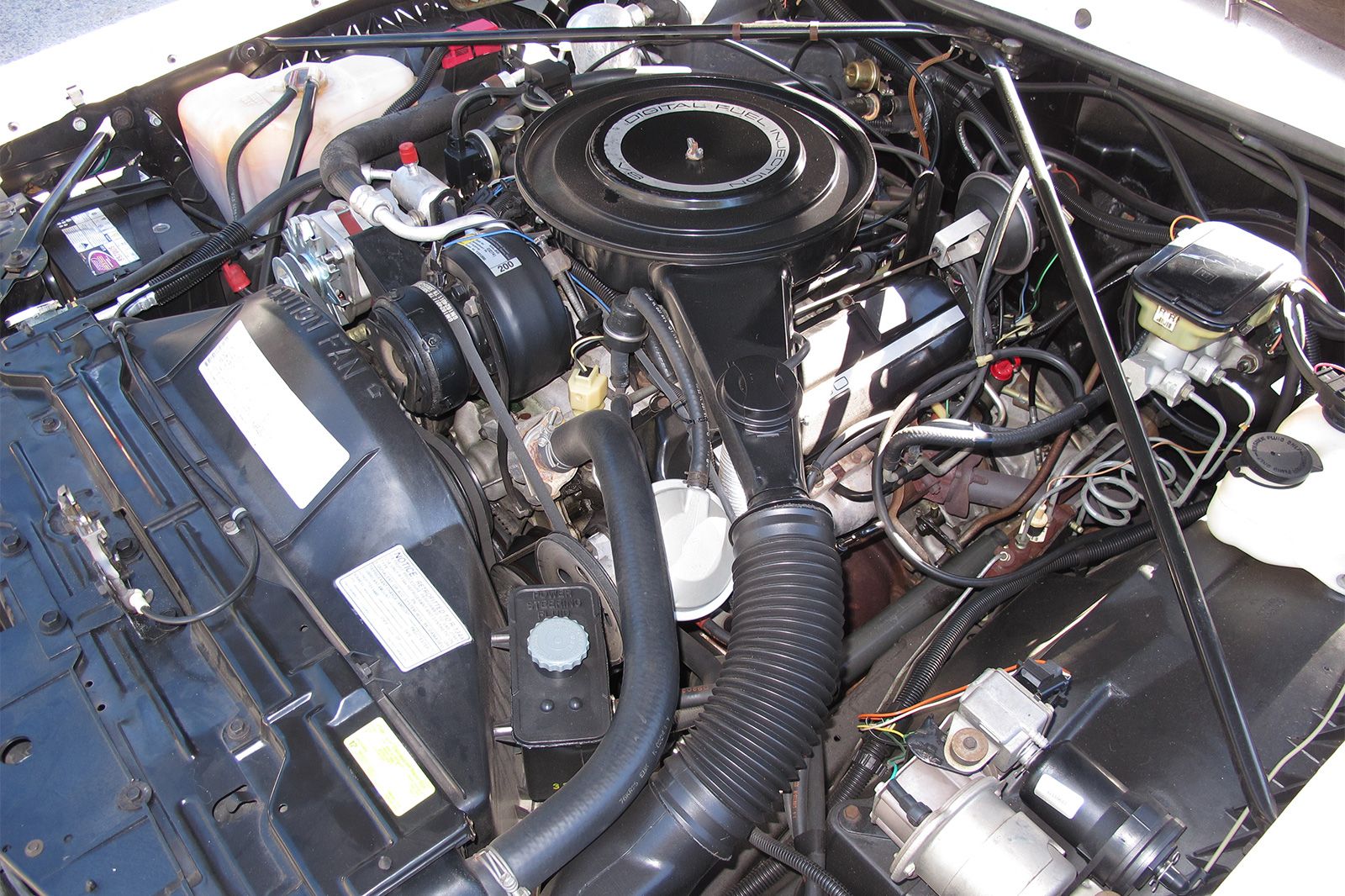 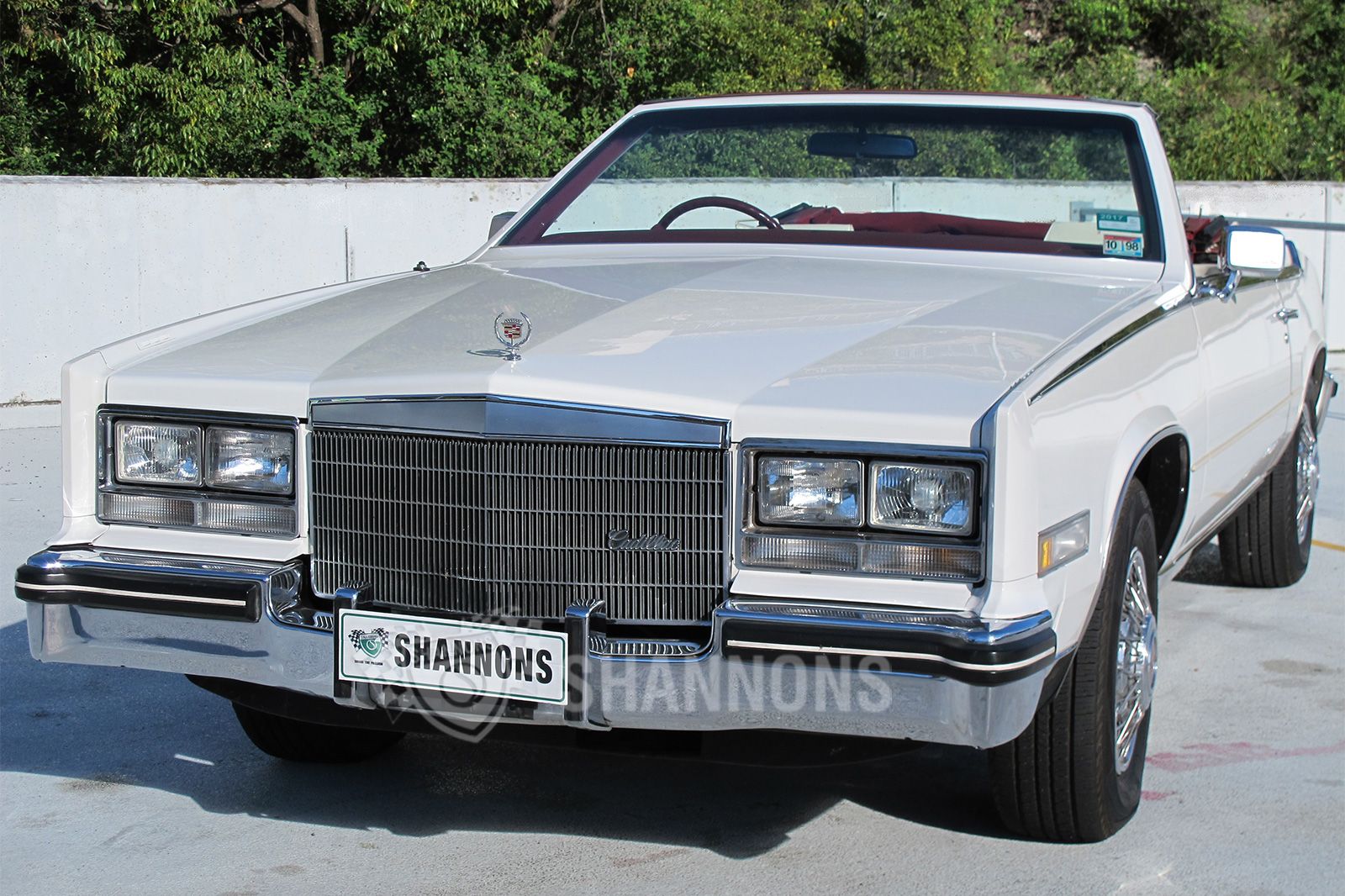 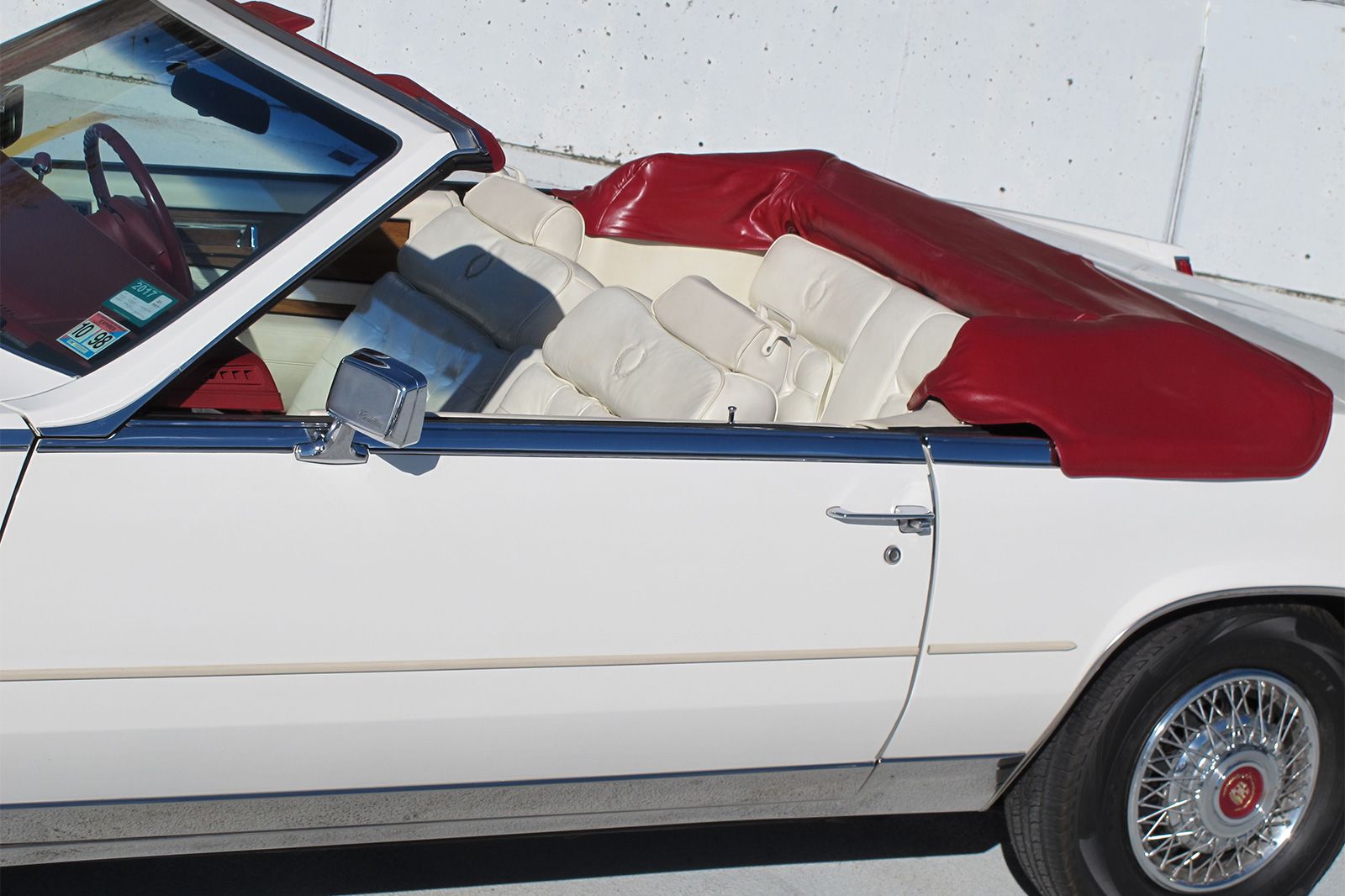 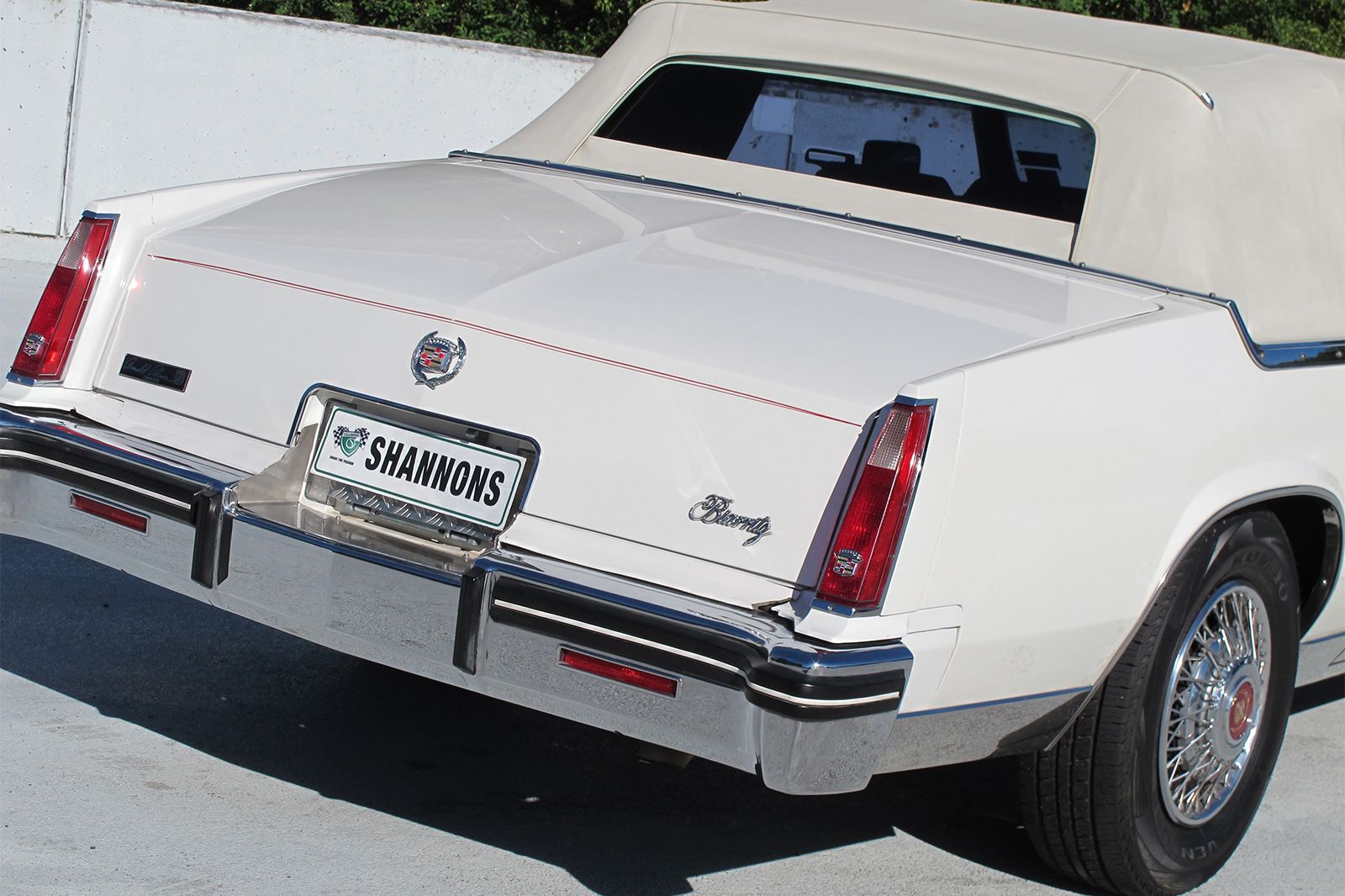 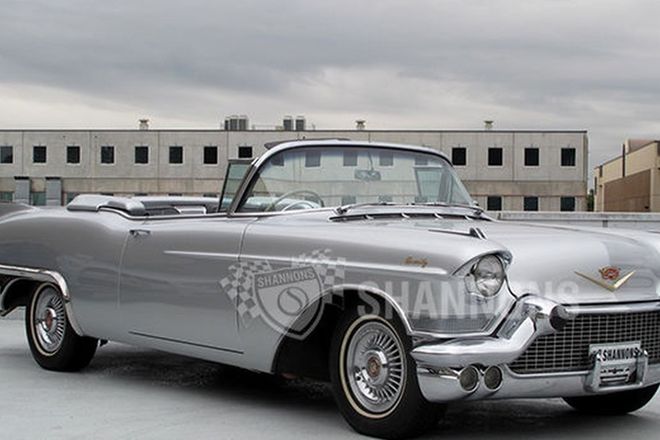 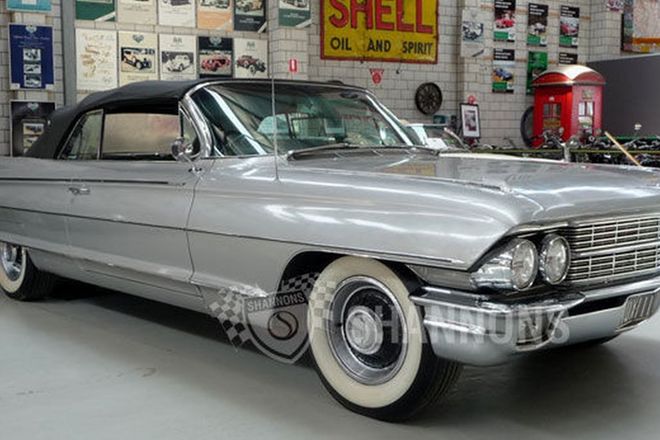