Developed in response to the runaway success of Ford’s Mustang, Chevrolet’s Camaro was initially conceived by GM’s design team as a four-passenger Corvette and debuted in the 1967 model year.  Chevrolet's entry into the burgeoning pony car market proved a more than a worthy competitor, rapidly capturing a sizeable portion of the youth market.  There was no question the Camaro looked fantastic, with clean styling under the direction of Bill Mitchell and the curvaceous ‘coke-bottle’ lines foreshadowed the Stingray of 1968, as did the instrument panel.  Chevrolet took a great looking car and made it even better for 1969, with new sheetmetal below the beltline giving the Camaro a more muscular stance, along with a wider grille opening, new horizontal tail lights and revised bumpers.  Chevrolet offered two hero models with the new Camaro, the Super Sport and homologation special Z28, the latter enabling Chevrolet to compete in the Trans-Am series created specifically for pony cars.  In fact, the Z28 option was initially given very little publicity by GM, with no brochures or advertising, being aimed instead at the hard-core racer for whom substance meant a whole lot more than style.  The Z28’s heart was a unique small block V8 designed for maximum output, with four bolt mains, a forged steel crank, new pistons, solid-lifter camshaft and 11.0:1 compression ratio.  Conservatively rated at 290 horsepower at a comparatively high 5800 rpm, cold air induction was needed to keep the motor cool and this resulted in a unique cowl plenum induction system and tubular headers.  A four-speed manual and power disc brakes were standard (four wheel discs were a new $500 option) and Chevrolet recommended its Positraction back axle.  More than anything, the Z28 was meant to handle, helped by heavy-duty springs, revised dampers, bigger front stabilizer bars and a rear axle radius rod to combat axle tramp.  Quick ratio steering, improved brakes and wide 15 by 6 inch rally wheels shod with redline tyres rounded out the list of changes.  Helped by the 1969 Camaro’s Hollywood looks, production rose sharply and no less than 20,302 buyers ticked the RPO Z28 box that year.  The Z28 earned its reputation on the track, winning two Championships in its first three years of competition thanks in no small part to Roger Penske’s preparation and Mark Donohue’s driving skills, while surviving road cars are now sought after collectors items. 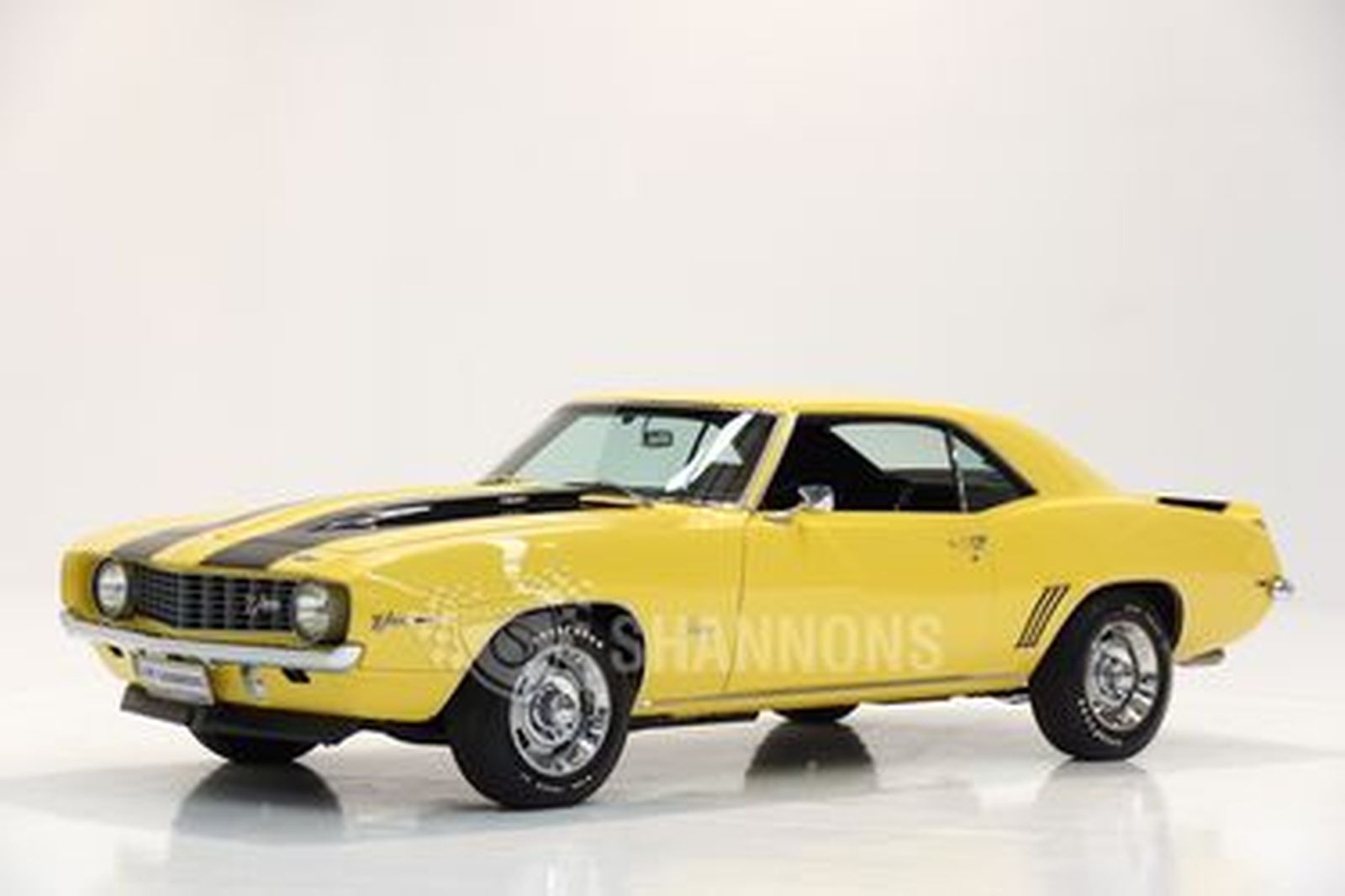