3334 people have viewed this lot

Conceived by Herbert Austin as cheap transportation for the masses in the early 1920s, the Baby Austin was an extraordinarily successful design, remaining in production for 17 years between 1922 and 1939.  The Seven, so named for its RAC rating, proved popular both in the home market and abroad, with many built under licence, including BMW’s first car, the Dixi.  The earliest Sevens were equipped with robust little side-valve engines of 650cc, each with a cast iron block and cylinder head, an alloy crankcase and three-speed gearbox that was integral with the engine.  The diminutive chassis had a wheelbase of just 1905mm and early cars lacked shock absorbers, employing a beam-type front axle and cantilevered quarter-elliptic springs at the rear, while the braking system was on all four wheels.  From March 1923 onwards the bore was increased slightly to raise capacity to 750cc, boosting the Seven’s power output to 10.5 horsepower.  Further technical developments during the Baby Austin’s production life included the switch to a four-speed gearbox in 1932 (with synchromesh added to third and fourth gears the following year and on second in 1934).  The Seven was sold with an often bewildering array of factory bodywork in Britain over the years, including many variations on the basic two-seater sports, open tourer and saloon themes, along with numerous commercials and competition specials.  Indeed, the Austin enjoyed a successful racing career that stretched from the banking of Brooklands in the 1920s right up to the present day, with Seven-based specials giving many drivers their first taste of vintage racing.  Outside coachbuilders bodied numerous Austin Sevens, including William Lyons’ Swallow Coachbuilding, who offered both a compact saloon, a coupe and an open sports model.  The latter debuted at the 1928 Earls Court Motor Show, albeit on show in the carpark as Swallow were so strapped for cash they couldn’t afford a stand, fortunately catching the eye of famous London dealer Jack Barclay, who placed an order that allowed Lyons to commence production.  Initially built at the works at Blackpool, production moved to Coventry in 1929 and over 3,500 Swallows were ultimately made, a fraction of the almost 300,000 Baby Austins made in total. 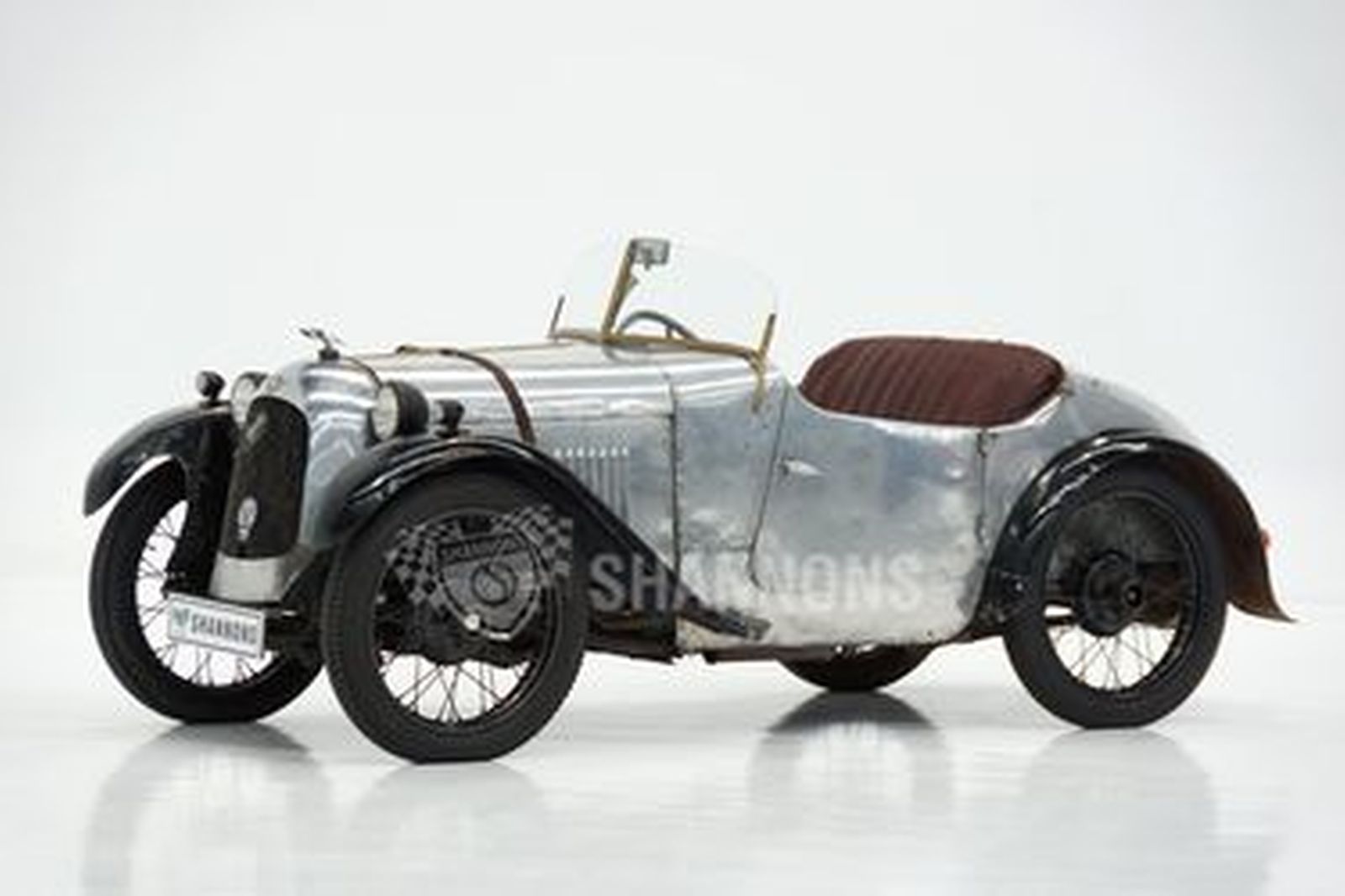