3913 people have viewed this lot

This lot is no longer available
Following the success of Jaguar’s XK120 at Le Mans in 1950, William Lyons gave the go ahead to develop a racing version of the model, former aircraft engineer Malcolm Sayer designing the aerodynamic body to fit the multi-tubular spaceframe chassis.  Fashioned from lightweight aluminium, the C-type’s body was a simple, attractive shape that was clearly a Jaguar and under the skin the model differed from the production XK120 in many key areas, including rack and pinion steering, new Lockheed self-adjusting hydraulic brakes, modified independent front suspension and a Salisbury rear axle.  The familiar 3.4-litre XK engine was essentially a production unit, uprated with 2-inch sand-cast SU carburettors (works lightweights used Weber 40DCO3 carbs), mated to a standard four-speed ‘Moss’ box, albeit with the gear lever repositioned further forward.  Jaguar’s C-type proved spectacularly successful in competition, winning on debut at Le Mans in 1951 thanks to Peter Walker and Peter Whitehead.  Experimenting with Dunlop’s radical new disc brakes in 1952, Jaguar’s Competitions Department failed to repeat its success at Le Mans that year but went on to score a memorable victory in 1953, Tony Rolt and Duncan Hamilton co-driving to win at an average speed of 105.8 miles per hour over the 24 hour period, C-types also taking second, fourth and ninth places.  Jaguar ultimately manufactured 53 C-types, many of them campaigned by privateers around the world, including Australia where the likes of Frank Gardner and Frank Matich tasted success in XKC037, the same car Ian Cummins would ultimately acquire and painstakingly restore in the 1970s.  Amongst the most iconic and valuable of all ‘50s sports-racers, original C-types now sell in the millions with the inevitable result that many people have turned to building replicas over the years. 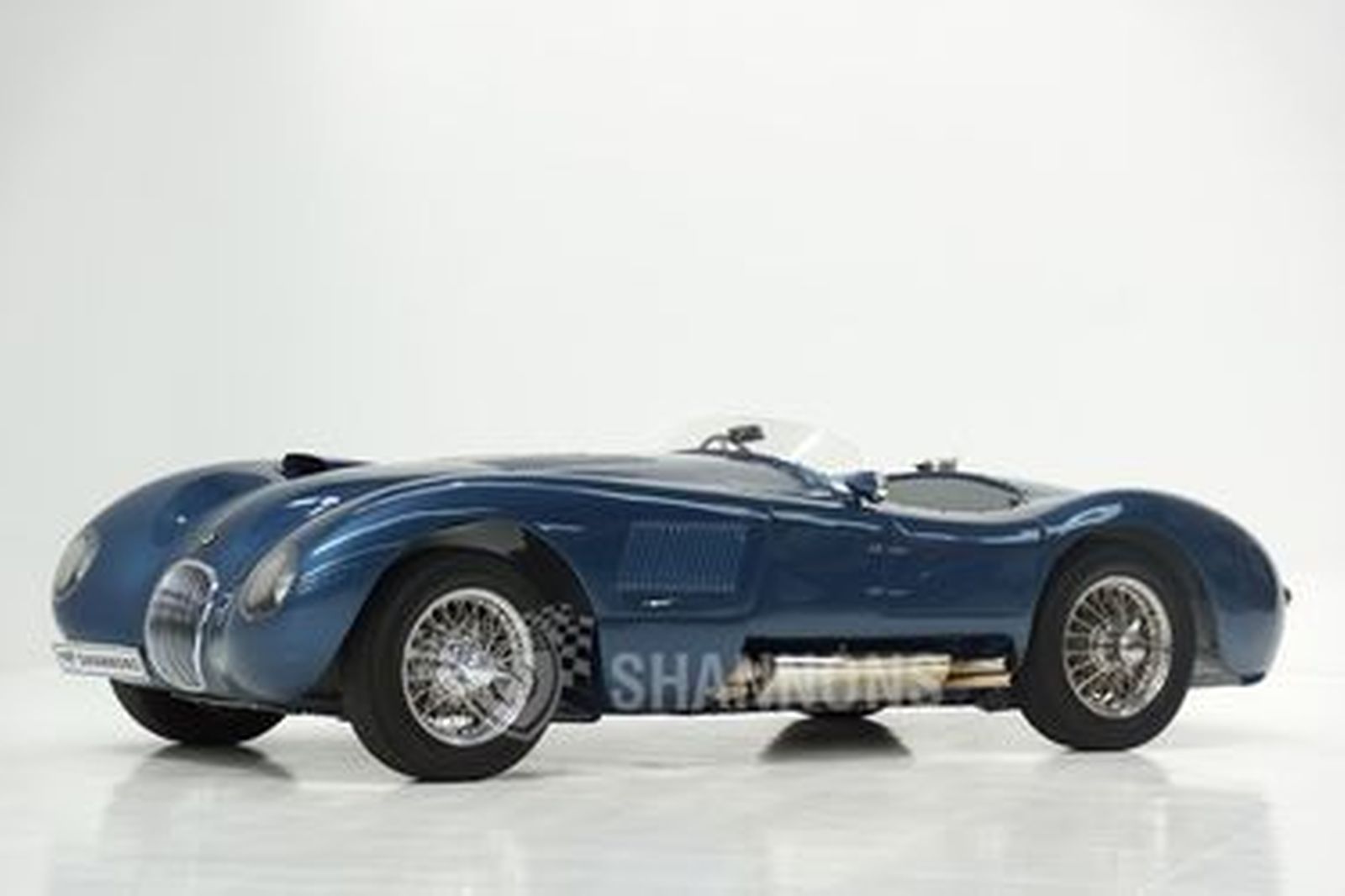