7058 people have viewed this lot

One of the greatest competition cars of all time, Jaguar’s D-type achieved remarkable success on the track, recording no less than three wins at the famed 24-Hours of Le Mans.  The D-type was a masterpiece in every sense and few would argue it was the greatest Jaguar of all, combining ground-breaking engineering, fabulous streamlined styling and a track record that made the Coventry company the envy of the world.  Little wonder D-types change hands for millions of dollars today, with survivors housed some of the finest car collections on the planet and seen at only the most select concours events or exercised at the prestigious historic events like Goodwood.  Under the direction of F R W ‘Lofty’ England and Bill Heynes, the D-type was designed around a new monocoque centre-section, combining the very best aircraft engineering with slippery styling by Malcolm Sayer that became the archetypal 1950s sports-racing car – every small boy of the day knew could instantly identify the Jaguar.   The D-type’s engine may have been production-based, but the XK unit – particularly in its most highly developed 3.8-litre form, was more than capable of mixing it with the more exotic V12s and V8s of the contemporary Ferraris and Maseratis.  Pioneering work from Dunlop, including disc brakes, tyres, along with Lucas fuel injection saw Jaguar gain an advantage in other ways and the smooth shape of the D-type was perfectly suited to the long straights of Le Mans, where the model dominated for three years running.  Driven by some of the most fabled drivers of the era, including the legendary Stirling Moss, Mike Hawthorn and even a young Jim Clark, the D-types recorded win after win and continued racing until the end of the 1950s, both at home and abroad, enjoying particular success in America.  A number of D-types also found their way to the Antipodes, with the likes of Bib Stillwell, Frank Matich, Bill Pitt and ‘Gelignite’ Jack Murray all tasting success. 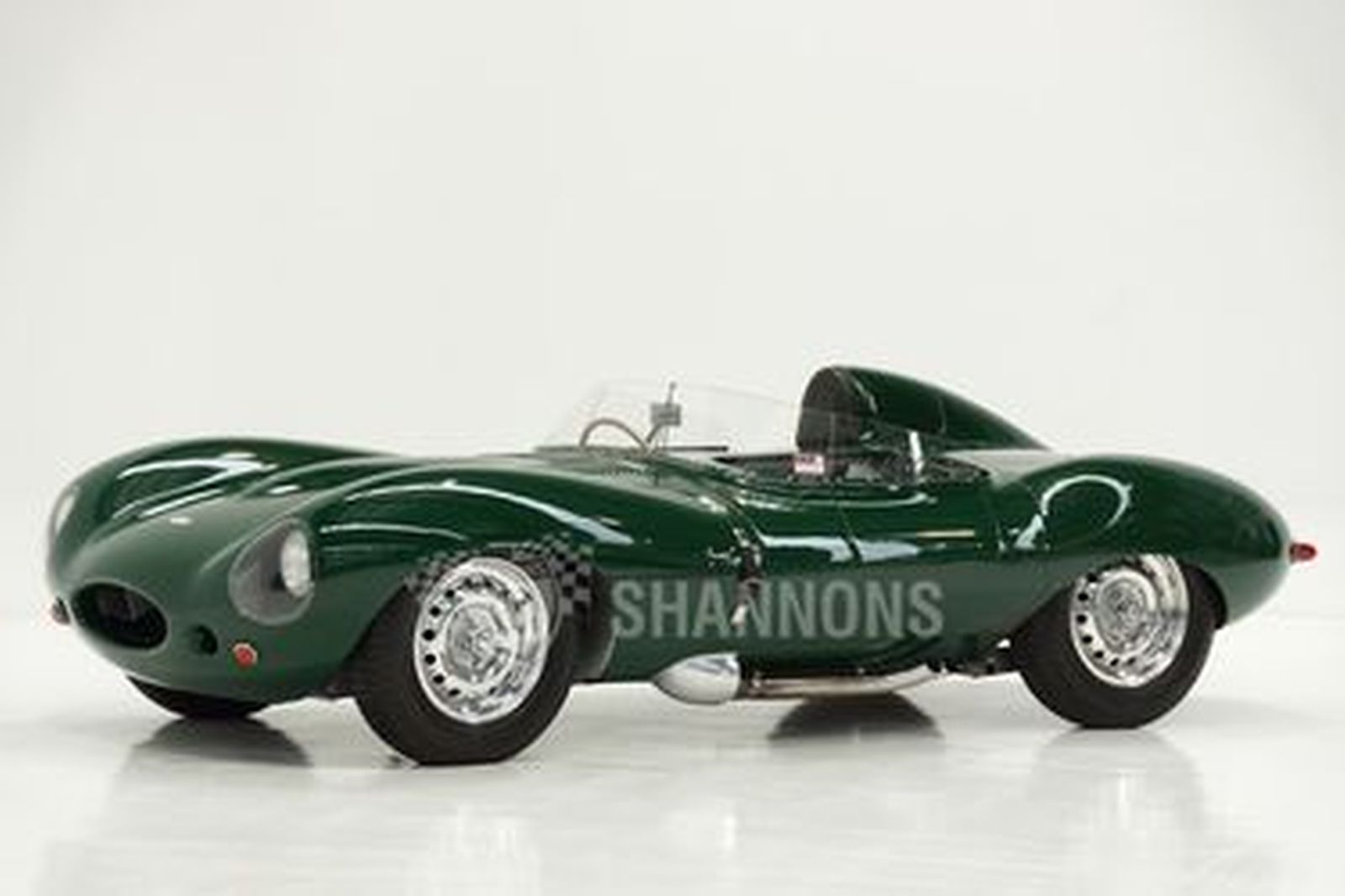