7823 people have viewed this lot

Mercedes-Benz set out to build the best luxury car in the world and – for the duration of the 1980s – the W126 C-Class succeeded admirably in achieving this goal.  The W126 model employed a new range of light alloy V8 engines and a more aerodynamic shape (with a class leading 0.36cd) over the previous S-Class, significantly improving fuel consumption.  A number of innovative safety systems, including ABS and SRS airbags, were seen on a production car for the first time.  A coupe version of the W126 was envisaged right from the outset and the elegant SEC featured distinctive pillarless styling with more sharply raked front and rear windscreens, unique front-end styling and a shorter wheelbase. Initially available in two versions, the 380SEC and 500SEC, each powered by a single-overhead cam V8 engine with Bosch electronic fuel injection and four-speed automatic transmission, the big Benz coupe enjoyed effortless performance.  At the 1985 Frankfurt Motor Show three new models were unveiled, the 420SEC, 500SEC and a new flagship badged the 560SEC, along with further mechanical improvements including dual-range (Sport and Economy) automatic transmission, revised 15-inch alloy wheels and upgraded brakes.  The lower body sills were redesigned, giving the SEC a cleaner look, while the 560 model benefited from 215/65 tyres, ABS, speed-sensitive suspension and various interior upgrades.  The 560’s M117 V8 engine was rated at 300 bhp, with 325 lb/ft of torque on tap, resulting in a top speed of 150mph with acceleration to match.  With an on road price approaching $200,000 back in 1986 (over twice the median house price in Melbourne or Sydney), the 560SEC was eye-wateringly expensive when new and as a consequence relatively few were delivered to wealthy Australian owners. 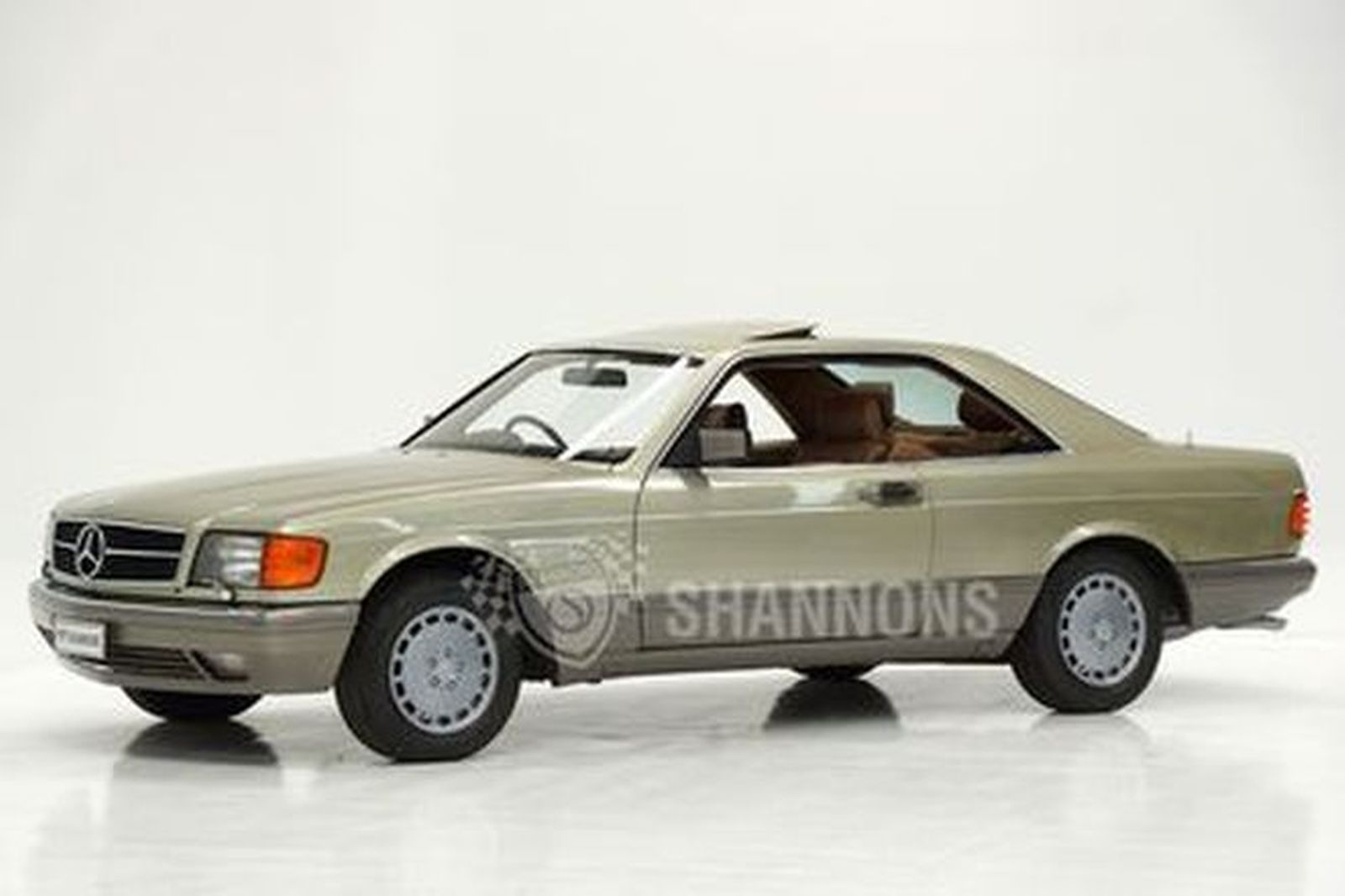