Alongside the usual Clubsport and GTS models based on the VS Commodore, HSV offered a strictly limited production, street-legal racer dubbed the GTS-R, featuring a wild body kit inspired by the HRT race cars of the day.  The work of TWR designer Ian Callum, the GTS-R was hard to miss, making extensive use of carbon fibre for the first time combined with XU 3 Yellah paintwork and a high rear wing giving a radical appearance unlike anything else on the road.  Launched in March 1996, the GTS-R was priced at $75,000 and just 85 examples of this bespoke Aussie muscle car were ever made, including nine for Kiwi customers.  Mechanically the car ran HSV’s 215kW V8 and a Borg-Warner T56 six-speed transmission, with blueprinting a $10,500 option, where owners were supplied with dyno sheets.  A Hydratrak speed-sensitive limited-slip diff, ventilated rotors, ABS and unique 17-inch triple-spoke alloys shod with Bridgestone Expedia 235/45 rubber were all standard (five-spoke alloys were optional), while the dual oval exhaust was uniquely finished in black chrome.  The HSV’s interior – also designed by Ian Callum - continued the yellow theme, with specially woven cloth trim and stitched highlights on the steering wheel, centre console and gear knob.  Equipment levels were generous, with air conditioning, power windows, cruise control and a driver’s airbag all standard.  Tested by Wheels magazine in November 1995, the GTS-R did the 0-100 km/h dash in just 6.6 seconds, turning the quarter mile in 14.8 seconds.  Buyers were flown to HSV’s headquarters in Melbourne and treated as VIP guests, given a tour of the factory and HRT’s race shop plus an apparel gift package. 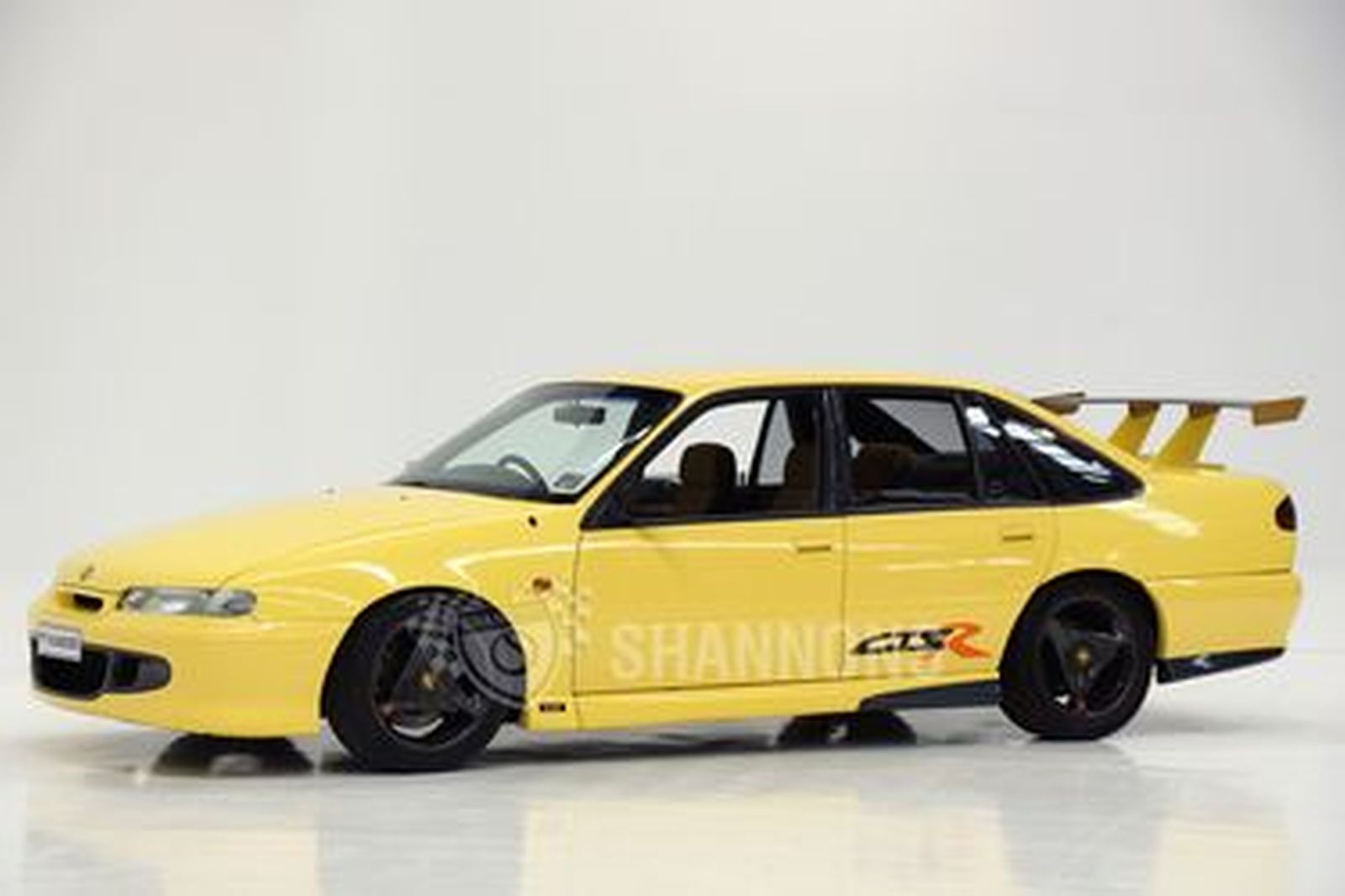