3511 people have viewed this lot

Routinely rated as one of the greatest sports cars of all time, Porsche’s 911 has been the benchmark for more than five decades and interest in early examples has never been stronger. Although the current 991 series is a far cry from that first 911 (or 901 as it was originally designated until Peugeot objected) of 1964, the basic elements – flat-six ‘boxer’ motor mounted behind the rear wheels, sharp steering and excellent handling in a relatively practical (and utterly reliable) package – have never changed. Constant development kept the 911 ahead of its rivals and by the early 1980s, when the example offered here was built, the air-cooled flat six had grown from the original 2-litres capacity to 3-litres, the wheelbase increased for better weight distribution and handling and Bosch fuel injection made the engine both more reliable and tractable. All 911s built between 1978 and 1983 were badged as SCs (with S standing for Super and C for Carrera), featuring a Thyssenn zinc-coated galvanised bodyshell, updated bodywork with colour-coded headlamp bezels and anodized black door handles and window frames and a host of mechanical improvements. In 1983 Porsche finally unveiled an open-topped version of the 911, known as the Cabriolet, the first fully open sports car to emerge from Stuttgart since the days of the 356. The Cabrio’s floorpan was properly reinforced chassis to ensure the bodyshell remained rigid, while the hood itself was a manual design that cleverly incorporated various steel sheets for additional strength and safety. This was also the final year of the 911 SC model, with previous upgrades including the five-speed Type 915 gearbox, improved brakes and more power from the venerable flat six, thanks to the raised compression ratio of 9.8:1 along with revised Bosch K-Jetronic fuel injection settings. The interior came in for some improvements as well, with electric windows and air conditioning now standard equipment. The 911SC remains the best value 911 of all, offering classic 911 style with bags of performance, robust mechanicals and outstanding build quality  - to quote a recent report in the magazine Octane, “Find a good one and you will have a dream sports car, not an extravagant nightmare. Buy one before everybody else wakes up”. 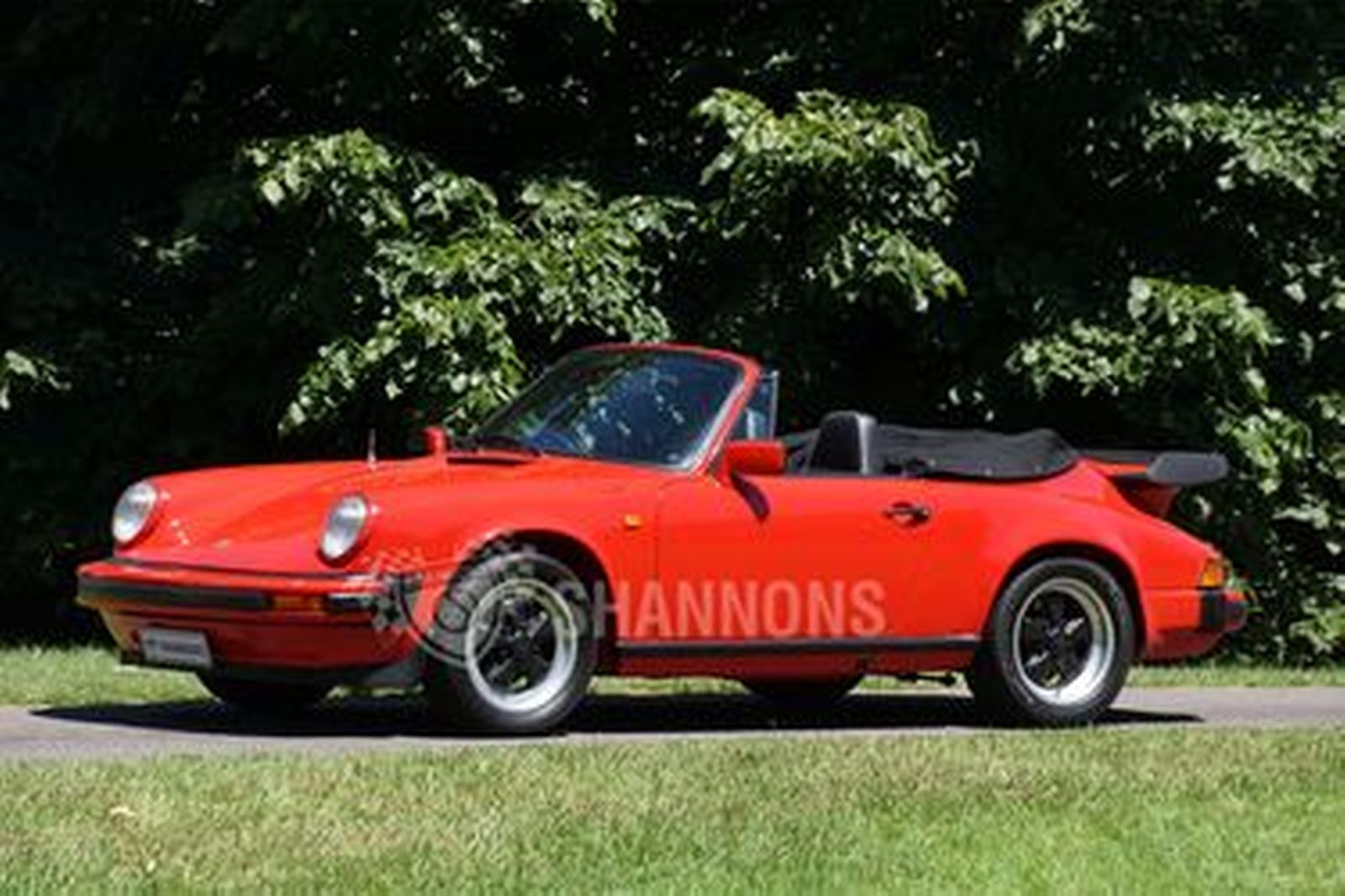