With imports from Japan threatening sales, it was no surprise when BMW unveiled an all-new range of motorcycles late in 1969. Part of BMW’s classic family of air-cooled boxer twins, the new 500, 600 and 750 models featured a new frame design that was a radical departure from the previous series and the /5 line was also the first BMW motorcycle to be manufactured at the new Berlin-Spandau factory. The boxer motor was redesigned around a one-piece forged crankshaft, with a duplex chain-driven camshaft mounted underneath. All three models shared the same basic engine architecture, with only the bore size varying, and the new frame was a two-piece design and considerably lighter than its predecessors, delivering comfortable handling to go with the excellent performance and the R75/5 was well received by the press and public alike. In 1973 the /5 line was replaced by the new /6 model range designed by Hans Muth, the flagship model being the R90S – a sports bike featuring unique two-tone paintwork, a stylish fairing and excellent performance. Based on the outgoing R75/5’s unit, the pushrod OHV flat twin engine had the bore enlarged to 90mm to increase capacity to 898cc and 9.5:1 compression ratio, while a five-speed gearbox was also a new feature. With 67 horsepower available, the shaft-drive R90S enjoyed excellent performance, with a top speed of 200 km/h. Early models were finished in black and silver with gold decals (later replaced with hand-painted pinstripes), although Daytona Orange with red stripes became an optional. The R90S was built in three distinct series, with the first 6,058 completed between September 1973 and August 1974, followed by 6,413 made from June 1974 until September 1975 (with a stronger crankshaft and drilled brake discs) and a final batch of 4,984 between August 1975 and June 1976. Today, the R90S is a highly collectible motorcycle, beautifully made and replete with lovely details like the enamel tank badges, chrome and other fittings that would soon be lost as plastic – and cost cutting – took hold. 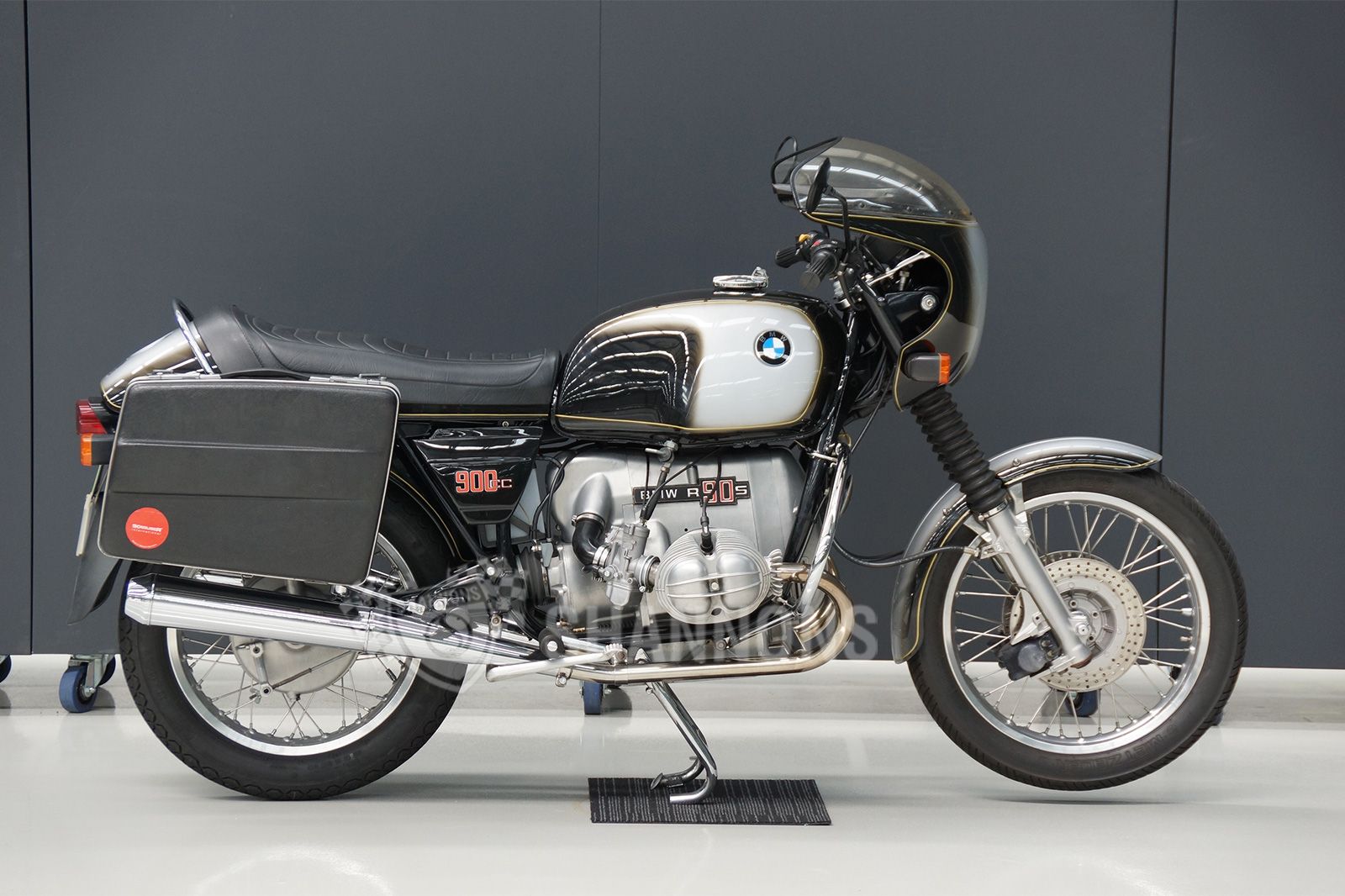 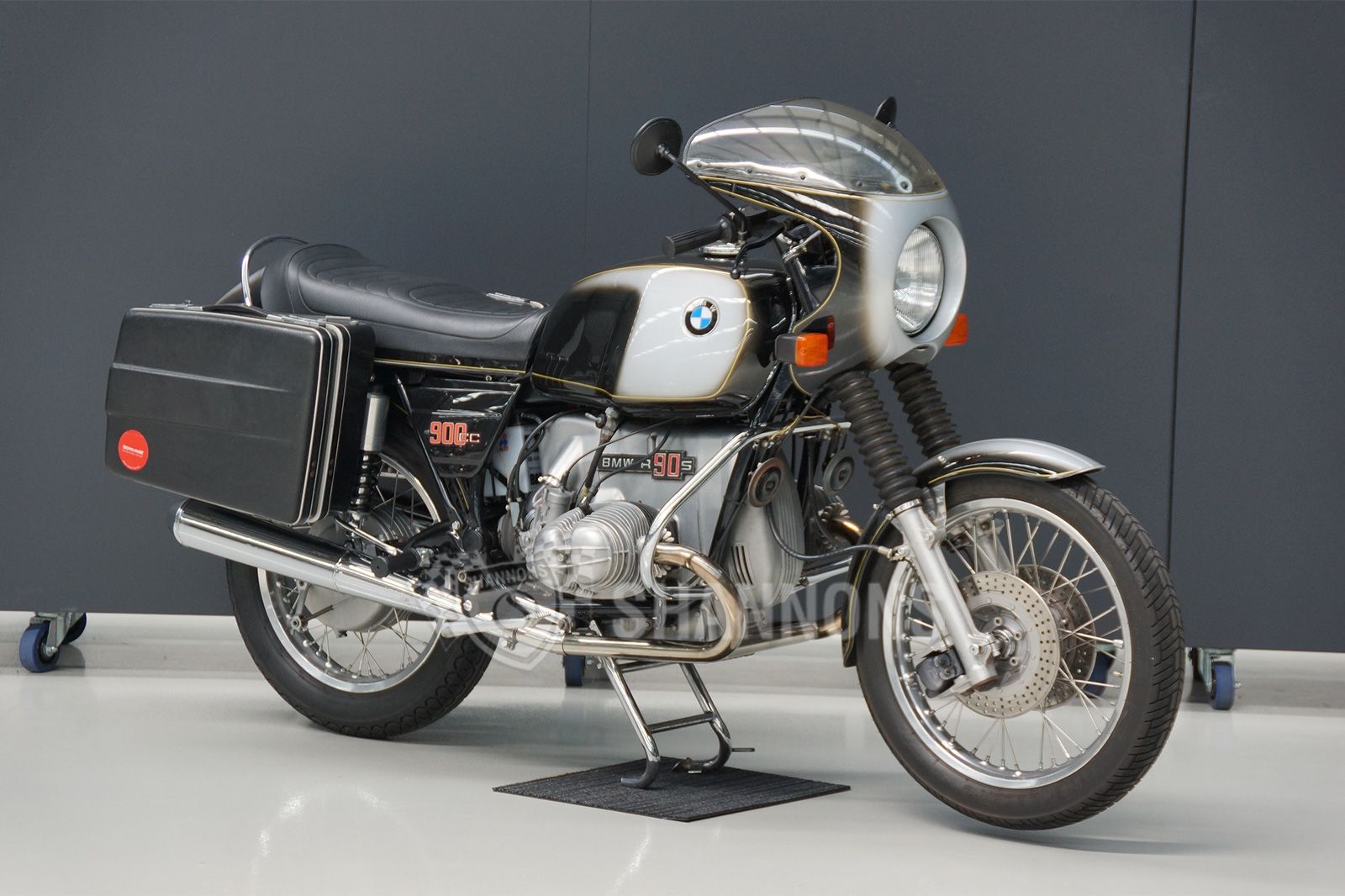 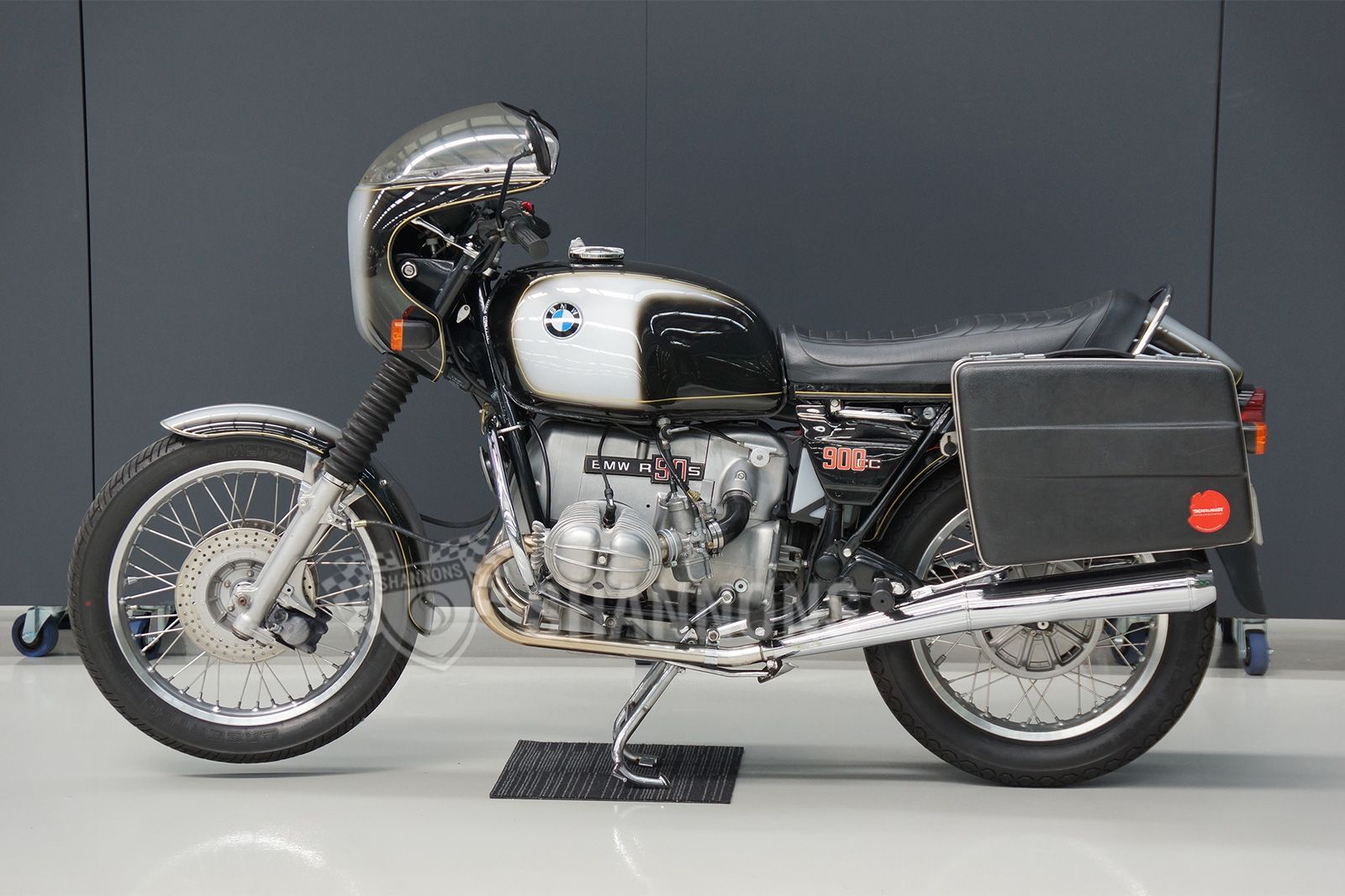 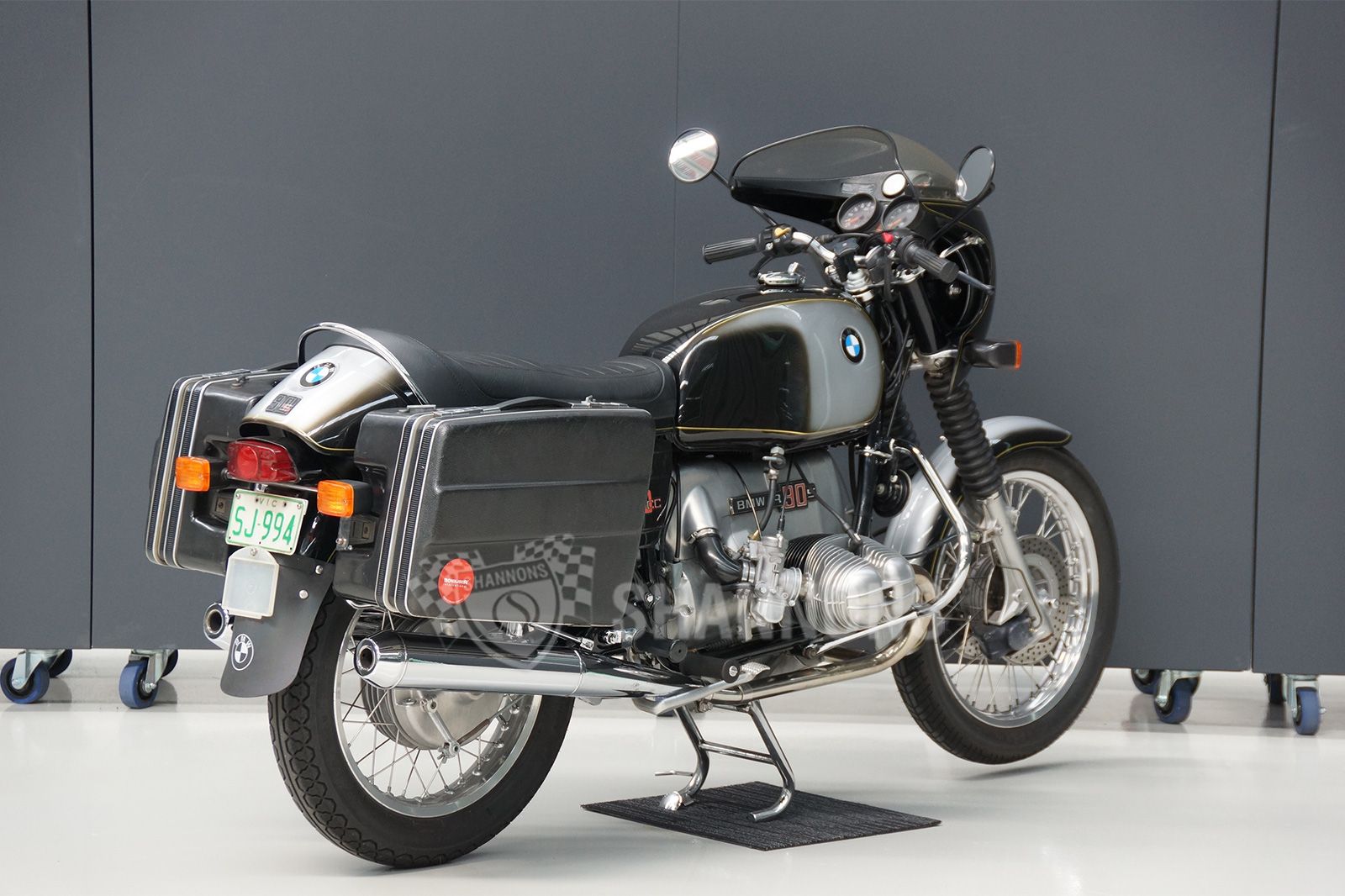 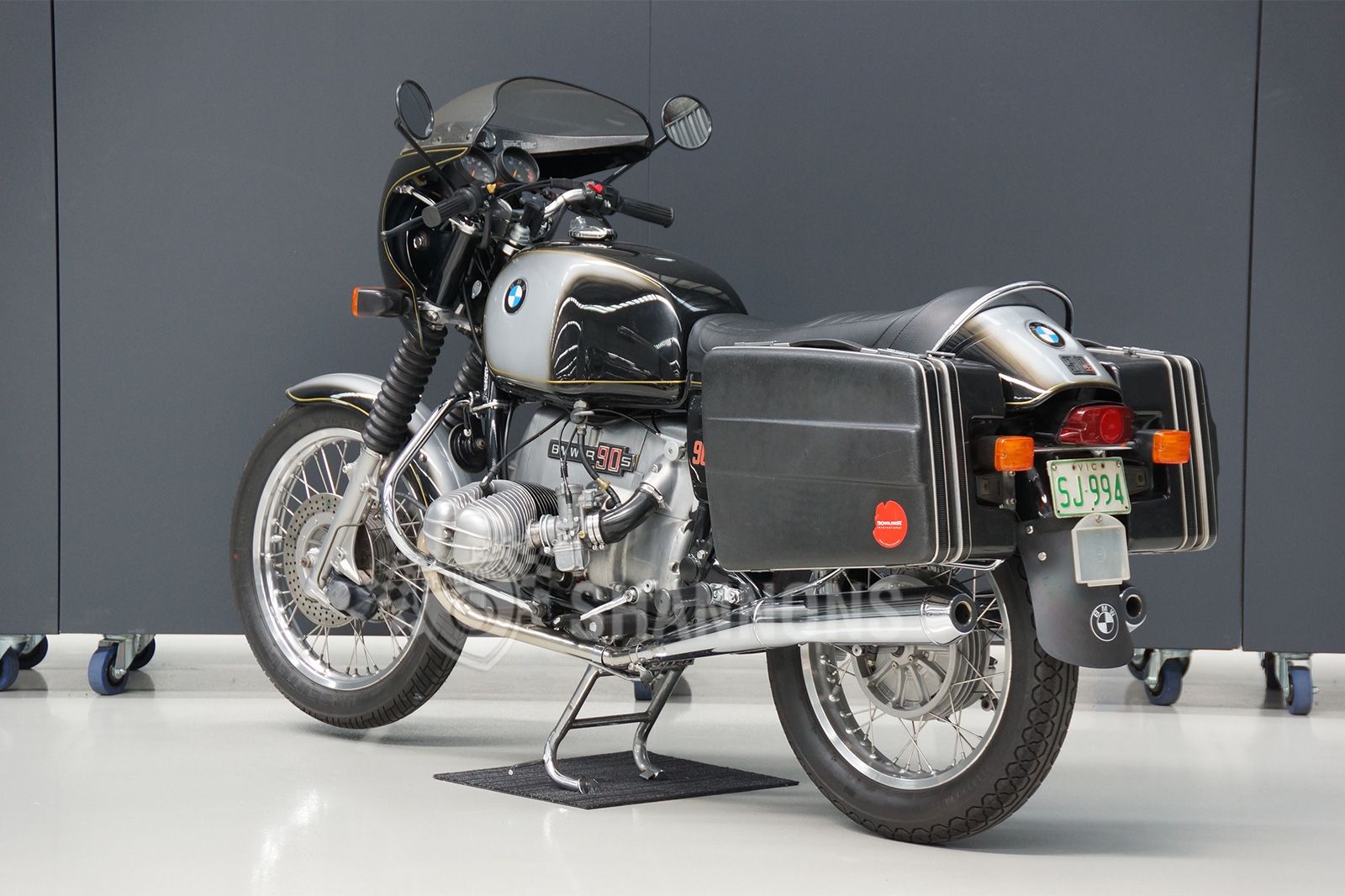 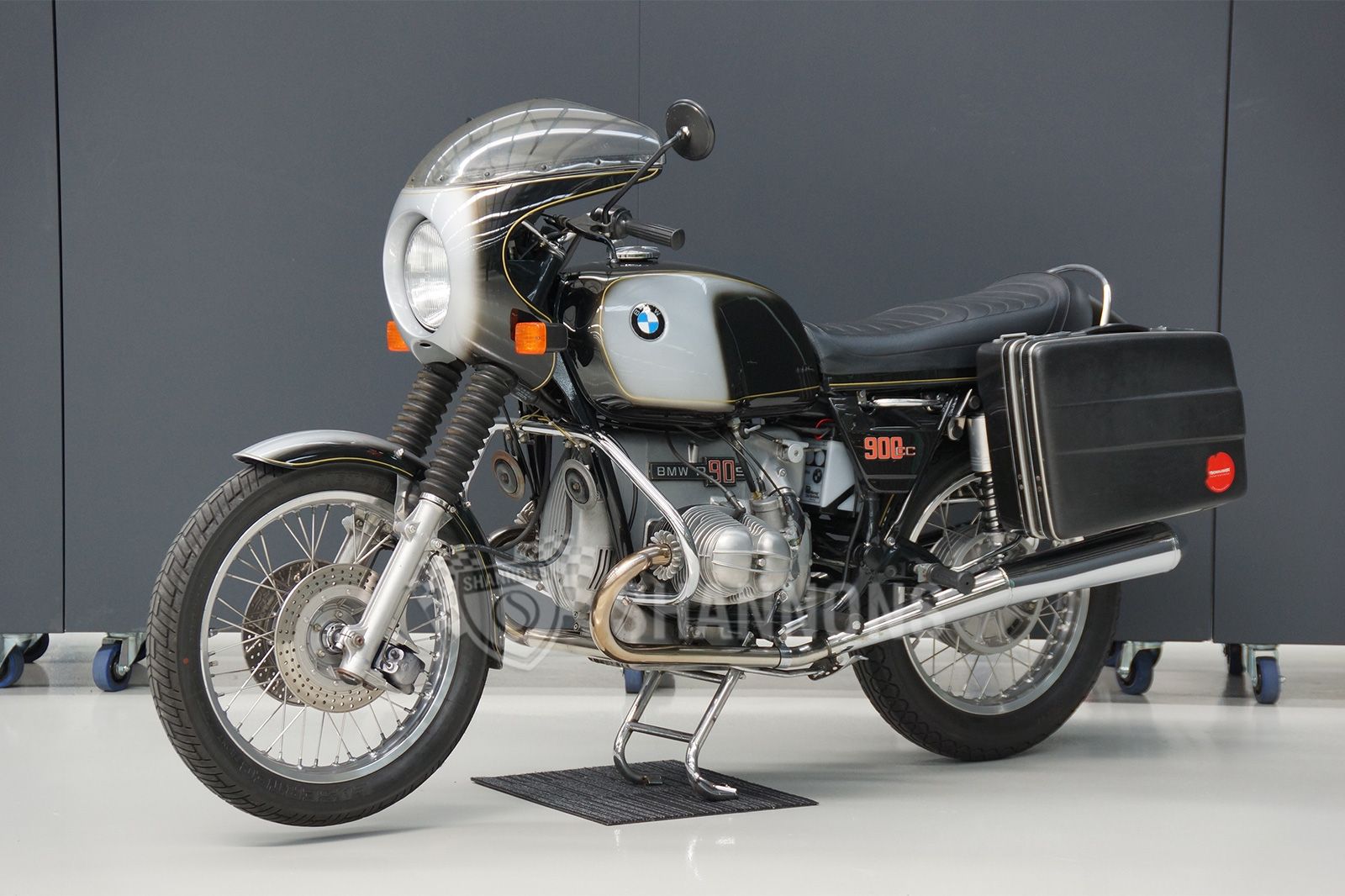 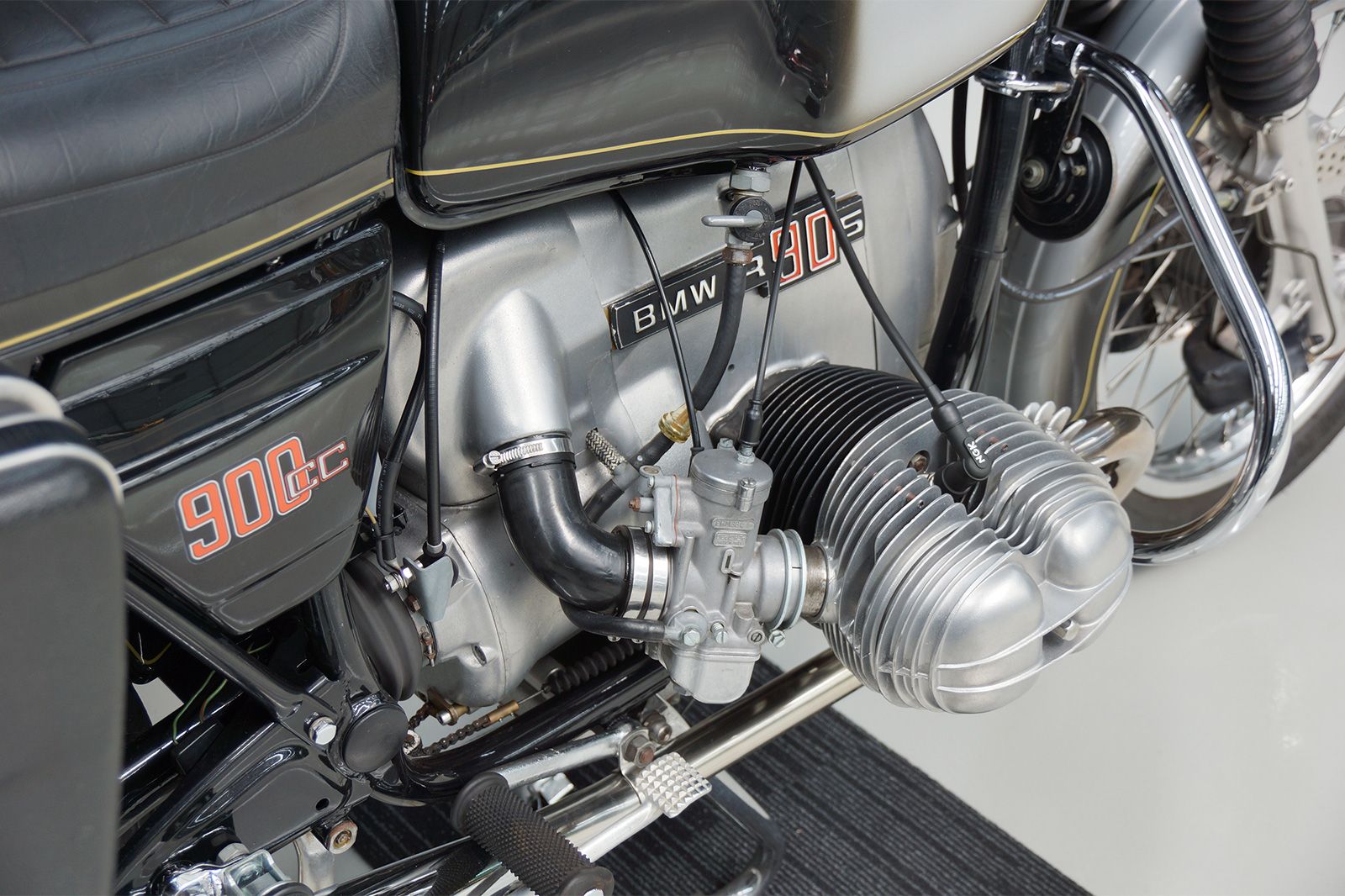 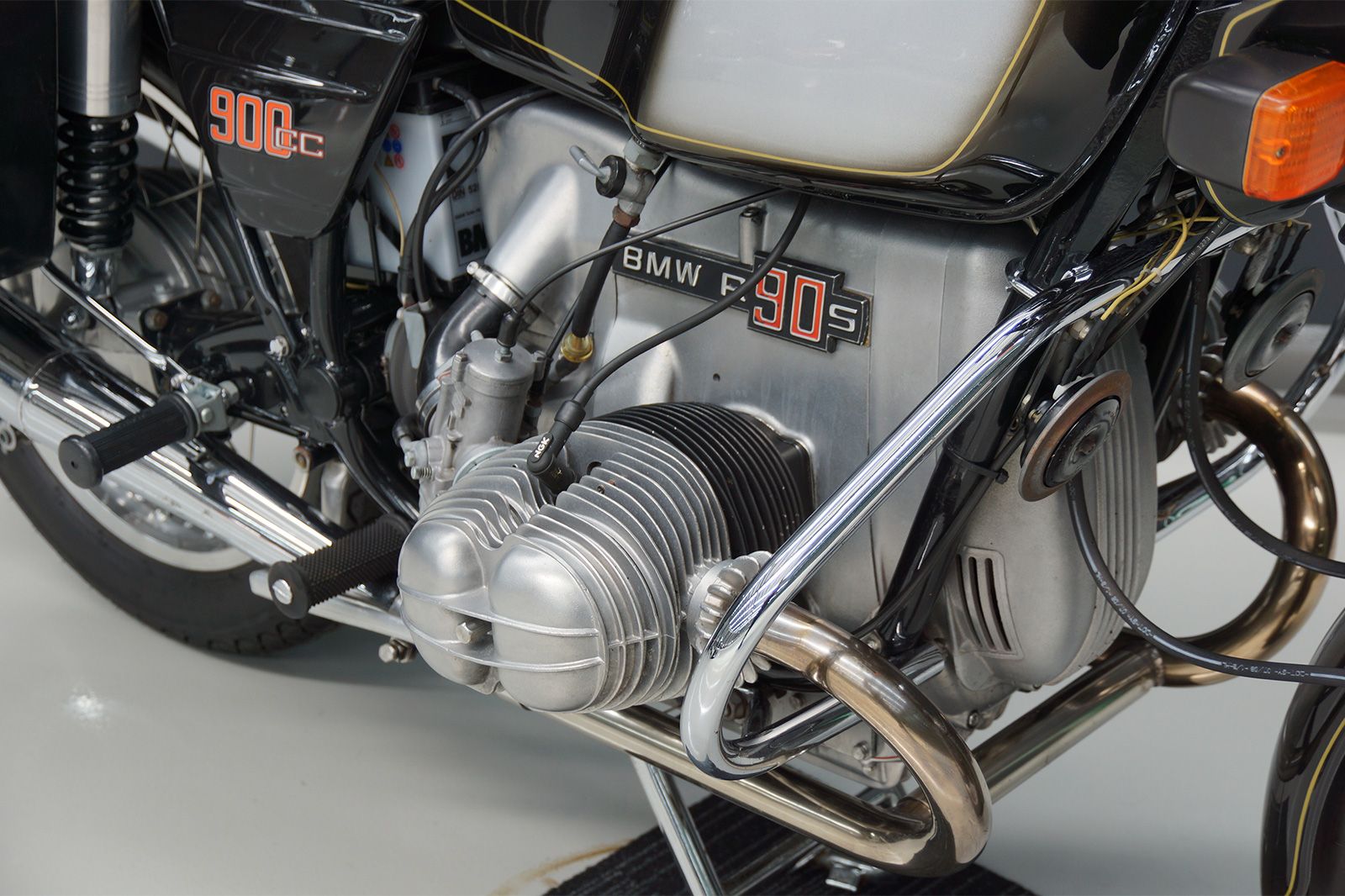 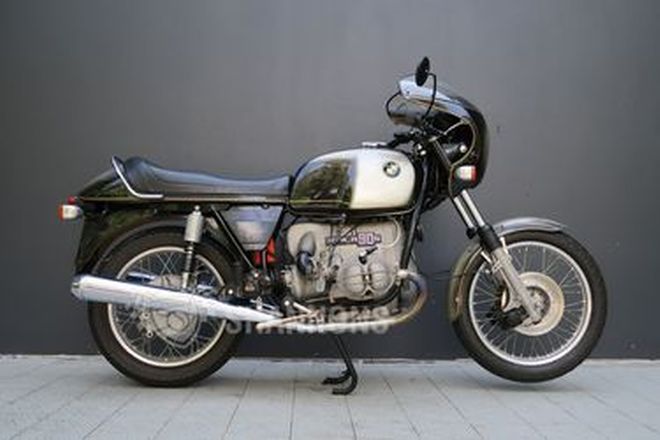