Billed as the ‘New Generation’, Holden’s HK range was launched in January 1968 on a longer, wider platform, heralding a bold new performance oriented era thanks to the introduction of a sporty two-door fastback version, badged the Monaro, six months later. The new Monaro’s purpose was twofold – firstly to appeal to a younger demographic influenced by the burgeoning muscle car trend in America and secondly to provide General Motors with a frontline weapon on the racetrack. Designed by GM-H’s own design studio, the Monaro was Australia’s first – and for some time only - fastback coupe of a style already wildly popular in America, with Ford resolutely sticking to the four-door concept for the GT and Chrysler’s challenger, the Charger, still some way over the horizon. In addition to the standard 186 and higher compression 186S sixes, Holden offered a choice of two Chevrolet-sourced V8s, the mainstream 307-cid motor sold alongside a special 327-cid unit homologated for Bathurst. Transmission options included the basic three-speed column shift, a four-speed manual or the optional Powerglide automatic, resulting in a vast array of drivetrain combinations. All Monaros received special Griffins grain vinyl trim inserts and reclining bucket seats, while those equipped with the optional GTS dress-up package also got special rally stripes, a blacked-out grille, front guard flutes, full instrumentation (including a console-mounted tacho) and a sports steering wheel. As Holden’s first real hero model, the Monaro admirably achieved its goal of winning Bathurst on debut in 1968 and – more importantly – created a halo affect for the rest of the HK range. As the first of the breed, the HK Monaro remains one of the most collectible Holdens ever made, with good examples always in demand. 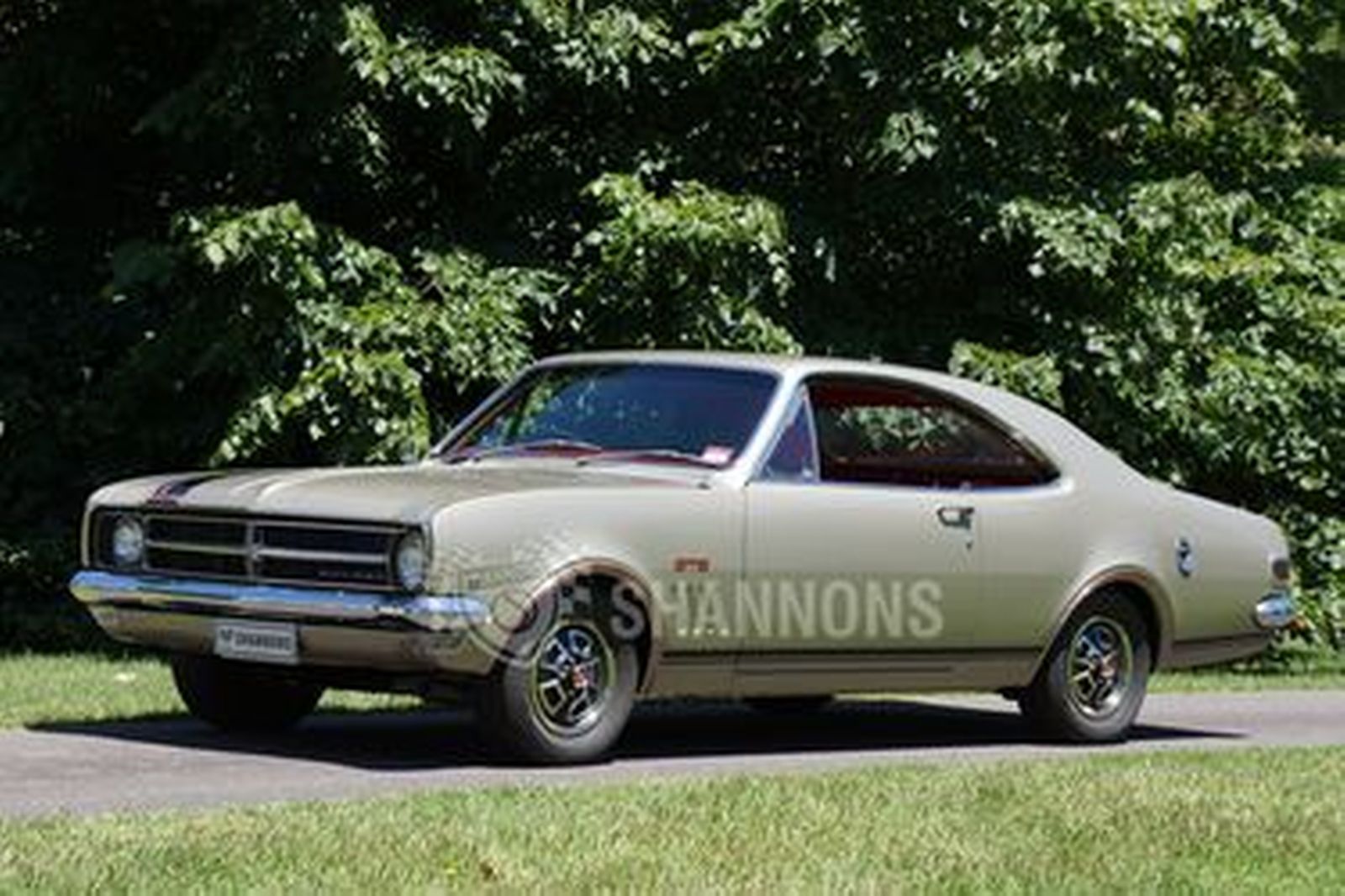