4264 people have viewed this lot

A relative latecomer to the motorcycle market, Yamaha’s first motorcycle – the YA-1 – was launched in 1955 and the company quickly established itself through competition success, both at home and abroad. The first four-stroke Yamaha, the XS-1, arrived in 1970 and the company gained a reputation for technical innovation through bikes like the RZ500, the world’s first production bike to feature a liquid-cooled two-stroke V-4 engine. Derived from Kenny Roberts’ 1983 championship winning YZR500 factory racer, the RZ500’s motor boasted a twin-crankshaft arrangement with separate induction for both front and rear banks of cylinders, while the racer’s rotary valves were ditched, making the street bike a lot more tractable. The gearbox was a close-ratio six-speed unit with wet multi-plate clutch, while the brakes consisted of twin ventilated discs at the front and a single ventilated disc at the rear. The RZ500 was only sold for a brief two-year period from 1984 to 1986 and at the time was the closet thing you could get to riding a Grand Prix bike on the road. Yamaha developed an even more extreme version, the RZV500R(this bike being one) built around a lightweight hand-welded alloy frame, adjustable front shocks, alloy handlebars and levers, resulting in a significant weight saving of 9.1 kg. Never exported, the RZV500R’s engine was detuned to 64 horsepower to meet local regulations, primarily by changing the carburettor jetting and restricting the exhaust. Special gauges were also fitted, including a temperature gauge that doubles as a fuel gauge at the touch of a lever, while production was strictly limited to just 1,600 units. The RZ500 has acquired legendary status over the years and these race replicas are now cherished by collectors around the world, with the RZV500R rarely seen outside its native country. 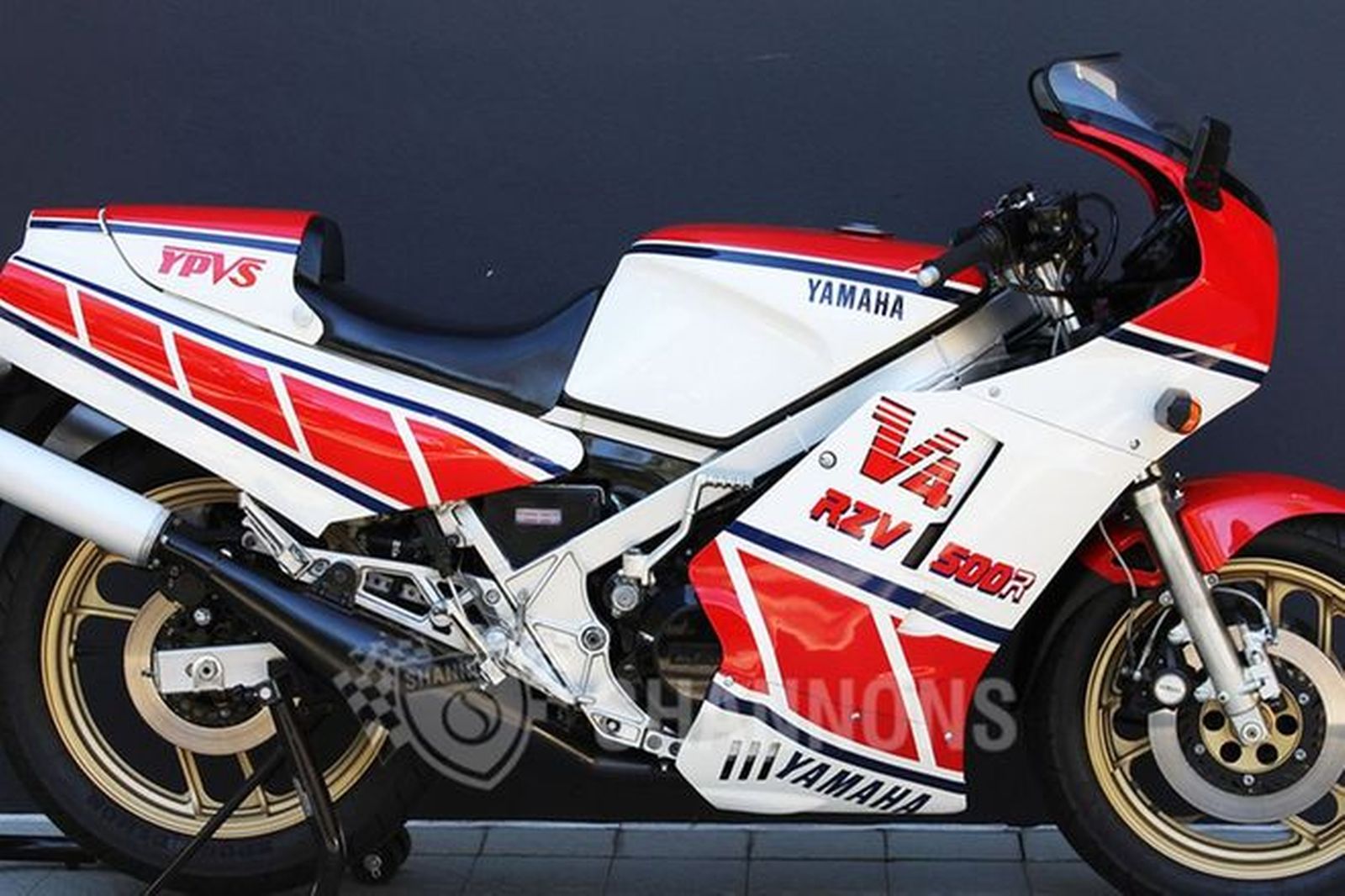