9921 people have viewed this lot

An Aussie legend on two and four wheels, Wayne Gardner’s career highlights include no less than 18 Grand Prix wins from a decade long partnership with Honda, along with becoming the first Australian to take the coveted 500cc Motorcycle World Championship title. Of all the Wollongong Whizz’s wins, none was more popular than at the inaugural Phillip Island Grand Prix, a race his popularity helped secure. Following his retirement from front-line motorcycle racing at the end of 1992, Gardner made a much publicised switch to touring cars, lining up for his Bathurst debut at the wheel of the Bob Forbes Racing VN Commodore Group A that year. A fiery season with the Holden Racing Team, in which he earned the new nickname of “Captain Chaos”, saw the formation of Wayne Gardner Racing in 1994, with a hefty sponsorship package from Coca-Cola and fellow driver Neil Crompton. This in turn led to Gardner’s foray into the world of road cars, in the form of the Wayne Gardner Racing Road Division’s Group A Commodore. Sensing a gap in the market between the increasingly expensive HSV products and the regular Commodore line-up, Gardner’s outfit planned to offer a wide range of engine, suspension and bodywork modifications at relatively affordable prices. Tapping into the expertise available via his racing team (or “Taking it to the streets” as the press release proclaimed), WGR’s upgrades included a cold-air induction system, re-profiled camshafts, revised computer settings and intake and exhaust modifications to raise power to 195 kW. Based on the then contemporary VR/VS Commodore, with its slippery ‘aero’ styling, WGR’s Group A body package was the work of Sydney design studio Talon and included a deep front spoiler with integrated driving lights, side skirts and a boot-mounted rear wing complete with carbon-fibre end plates. Unique 18-inch alloy wheels and the custom Recaro seats were both supplied by Autotek, while other neat touches included the Momo steering wheel and carbon fibre centre console. The emphasis was only quality, with Gardner keen to avoid the usual “kit car” dramas of backyard specials and each car was to be tailored to the customer’s specific requirements. Although exact production figures remain unknown, very few complete cars were ever made, each with an individual build number and plate. 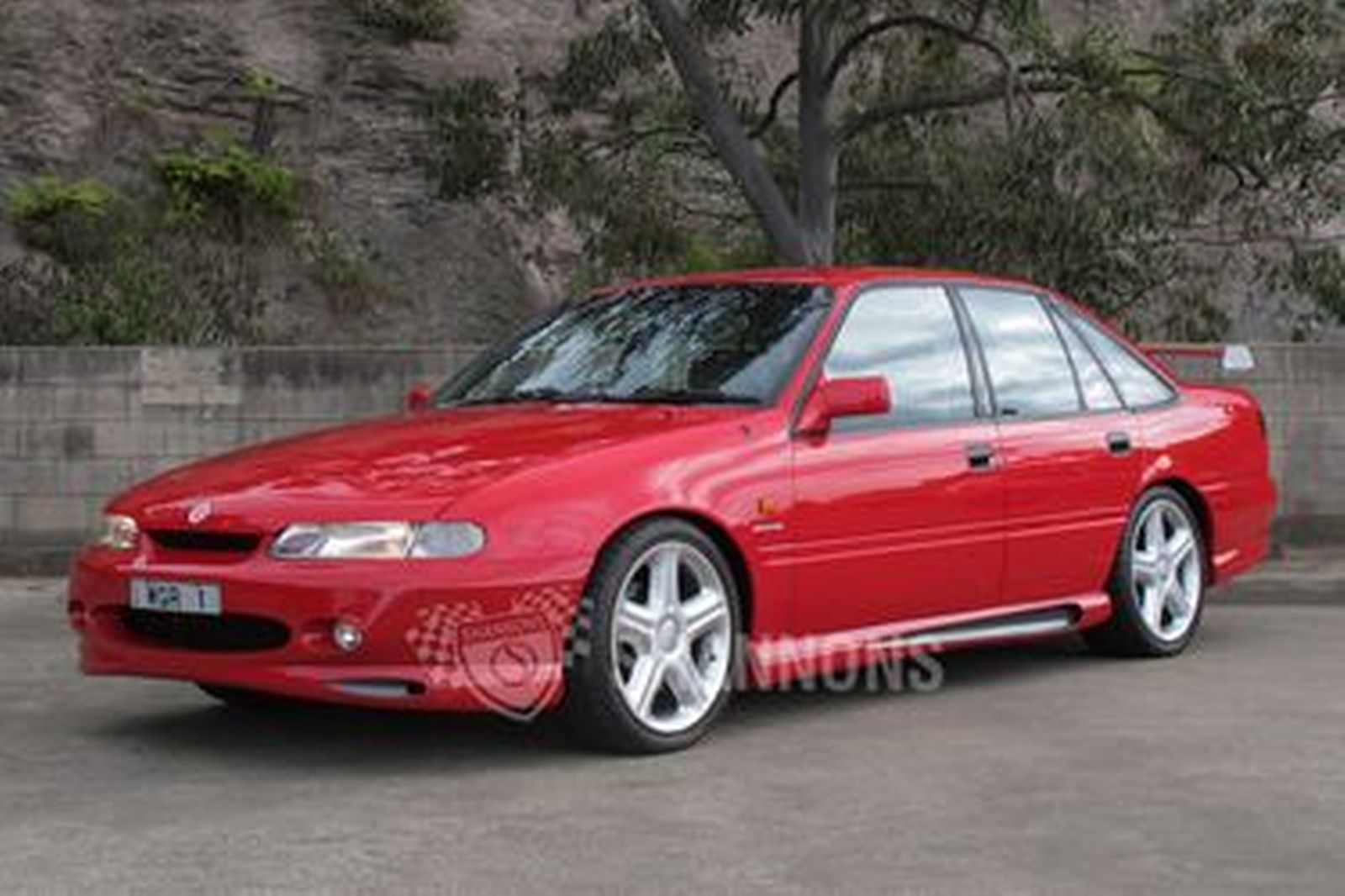