5418 people have viewed this lot

Along with Pierce-Arrow and Peerless, Packard earned a reputation as one of America’s finest car makers in the Brass Era and, unlike those two marques, survived the lean years of The Depression, building a series of straight-eight and 12-cylinder luxury cars now revered as being amongst the greatest classics of the 1920s and ’30s. With the luxury car market in general decline by the mid-’30s, Packard began a programme of diversification, one that saw the model range expand to include a number of cheaper, mid-range sixes, that helped boost sales in the years leading up to the Second World War. However the urge to modernise saw the introduction of an all-new, clean-sheet design in 1941 known as the Clipper, arguably the most significant new Packard in years. With bold styling - initially by the talented Dutch Darrin with input from Packard’s in-house design team - the Clipper was wider, longer and lower thanks to its radical new double-drop frame, without sacrificing any interior space. An immediate sales success, production was on target to exceed 80,000 units in its first full year, but Pearl Harbor put paid to that. Along with the rest of the American car industry, Packard resumed production in October 1945, the Clippers rolling off the production line virtually unchanged from those made when war broke out. The model range consisted of a the Series 2100 Clipper Six, Series 2101/2111 Clipper Eight (in either Standard or Deluxe versions) and Series 2106/2126 Custom Super Eight, the Packard was sold in both two-door fastback Club Sedan and four-door Touring Sedan configurations. An extended version of the Super Clipper, riding on a massive 148-inch wheelbase, was built in limited numbers and used for airport taxis or limousines. Packard once again offered two engines; the smaller six being an L-head unit displacing 245-cid with a compression ratio of 6.7:1 and fed by a Carter single-barrel carburettor. The six was rated at 105 horsepower, while the eight developed 125 horsepower (282-cid) or 165 horsepower (356-cid). Despite being four years old, the Clipper still looked fresh and modern, with elegant curves set off by the two-tone roof treatment found on many cars, while the interior was superbly detailed, with woodgrain finish on the dash and lovely Art Deco touches everywhere. Due to the shortage of raw materials and industrial unrest, Packard’s production was limited to 30,793 units in 1946, with around half of these six-cylinder Clippers. Early post-war Packards have been unfairly overlooked by the collector car market for many years and represent excellent value for money, offering superb build quality, luxury features and style for less money than an equivalent Holden of the period. 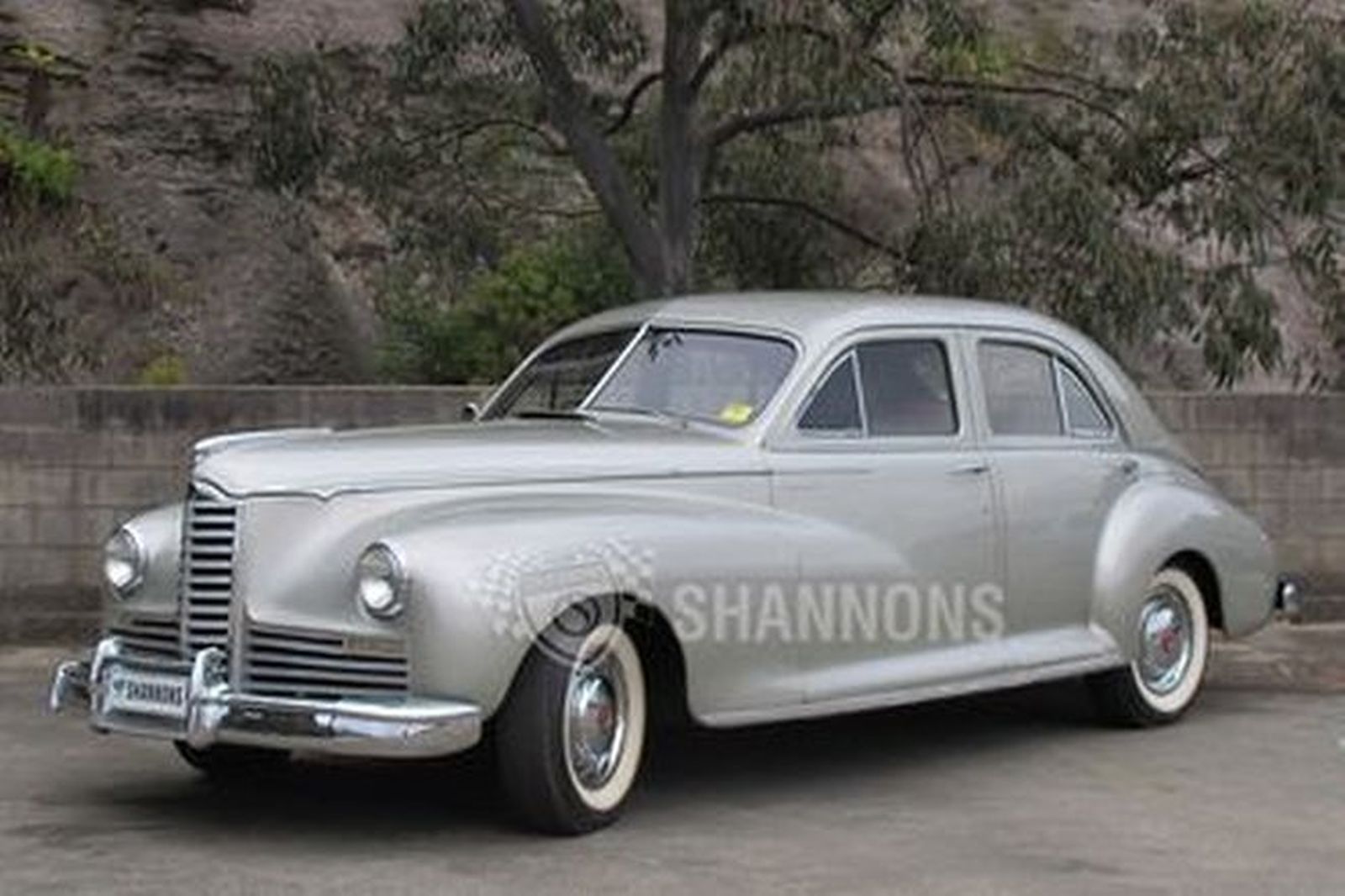