7385 people have viewed this lot

Maserati’s Khamsin was the last of a long and noble line of front-engined supercars cars from the trident-sporting marque, one that included such automotive legends as the 3500 GT, Mistral and Ghibli. Less overtly exotic than its contemporary Modenese rivals, Maseratis appealed to an altogether more sophisticated clientele, who appreciated the finer things in life. Named after an Egyptian desert wind, the Khamsin was unveiled as a successor to the mighty Ghibli at the Paris Salon in 1972. With modern, square-cut styling by Bertone’s legendary designer Marcello Gandini, the newest Trident featured a fashionable wedge-shaped profile and some quirky details, including a unique glass panel set between the tail lights and asymmetric bonnet vent. The Khamsin employed Maserati’s venerable quad-cam V8, extracting 320 horses from its 4.9-litres, fed by four Weber 42 DCNF6 carburettors and driving the rear wheels via a ZF five-speed transmission (a Borg-Warner automatic remained an option for all markets). The Khamsin also benefited from Maserati’s new relationship with parent company Citroën, incorporating a hydraulic system that included speed-variable power steering, along with the clutch and dual circuit brakes. The rest of the Khamsin’s specification was largely conventional – for a 1970s Italian exotic at any rate – with ventilated disc brakes all ’round, rack and pinion steering and independent suspension (doing away with the Ghibli’s much-criticised live rear axle), with wishbones, coil springs and anti-roll bars at both ends. The Khamsin’s cabin was beautifully appointed in the finest Maserati tradition, with sumptuous hand-stitched leather upholstery, full instrumentation and even occasional rear seats, albeit with extremely limited legroom. Although contemporary claims of a top speed in excess of 280km/h may have been slightly exaggerated, there is no doubting the Khamsin’s performance, with Motor magazine recording a 0-60mph time of 6.6 seconds and a quarter-mile time of 14.7 seconds. When production finally commenced in 1974, the fuel crisis - coupled with a massive list price - saw cars trickle off the production line, with just 64 delivered in the first year and a total of just 430 examples built by the time production came to a halt eight years later. The Khamsin was described by the respected American journal Road & Track as “an ego trip on wheels, but… it’s a trip most enthusiasts wouldn’t mind taking”, while Autocar conducted a test of an auto and concluded “… it tries to provide Porsche practicality with Italian style and glamour and it succeeds in no small measure.” 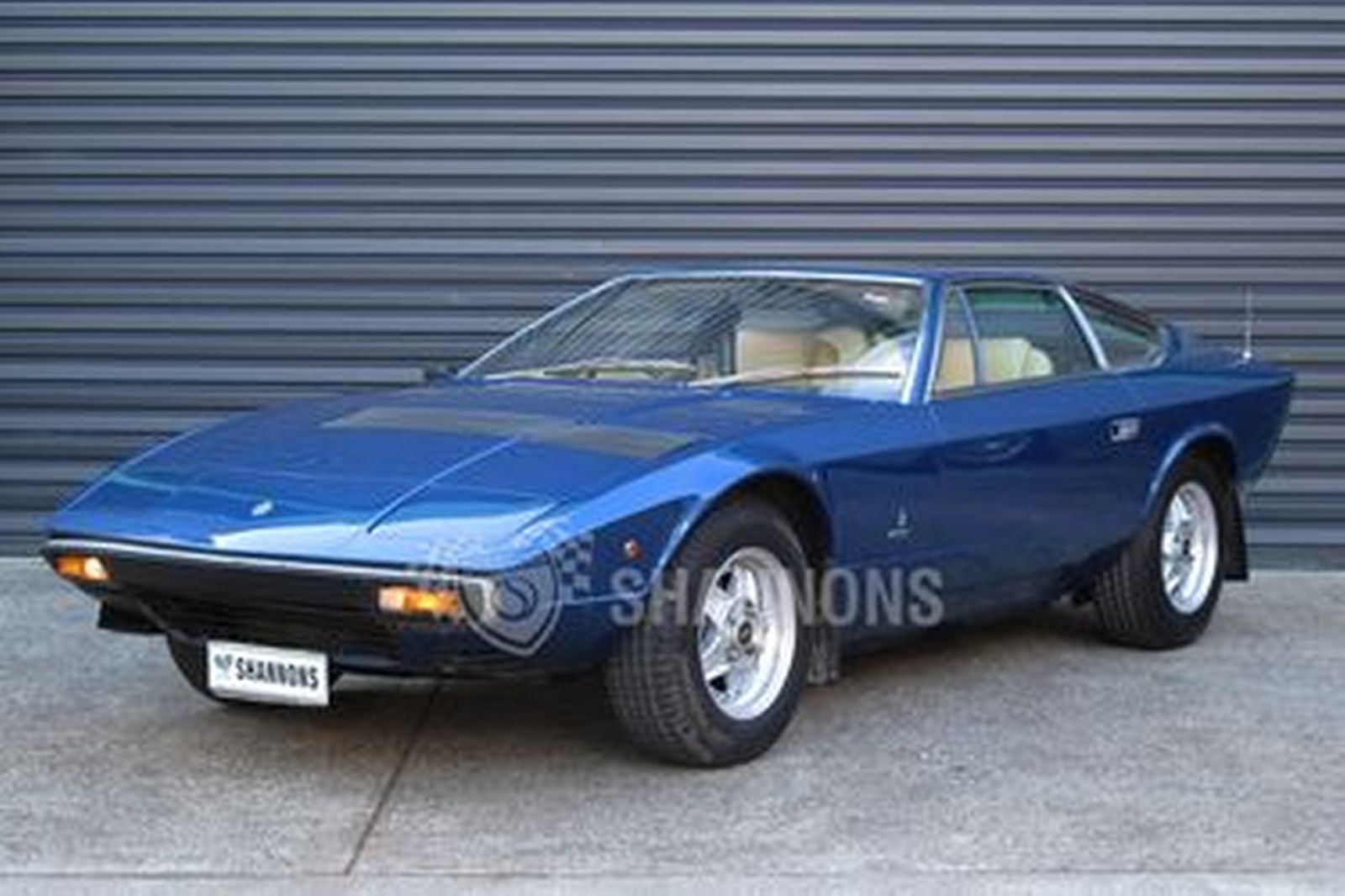