4413 people have viewed this lot

Founded in Detroit, Michigan in 1909 by two former employees of the Olds Motor Works, Roy D Chapin and Howard E Coffin, the Hudson Motor Car Company  was financed by Joseph L Hudson. The original Model Twenty was introduced as a 1910 model, offering sophisticated engineering at an affordable price, including sliding gear transmission, a feature normally reserved for much more expensive automobiles. A move to a new factory in June 1912 heralded another major advance, namely the switch to six-cylinder production and by 1914 all Hudsons were powered by sixes. The legendary Super Six, boasting an all-new L-head unit, first appeared in 1916, becoming the mainstay of Hudson’s production for the next decade. The powerful new 289-cid motor boasted a four-bearing crankshaft balanced with eight counterweights and a relatively high compression ratio of 5.0:1, resulting in the outstanding output of 76 horsepower, way ahead of the competition. Ralph Mulford set records at Daytona Beach, Sheepshead Bay and Pikes Peak in 1916 that stood for years, proving just how advanced Hudson’s motor really was. The Hudson was a success by any measure, with sales doubling that year and rising steadily thereafter. By 1934 the Hudson was powered exclusively by straight eight engines, a configuration first used in 1930. Characterised by aerodynamic styling billed as “Streamlined in Wind - Sculptured Steel”, the 1934 model line-up consisted of both Standard and Deluxe models, offered on two wheelbase lengths (116-inch or 123-inch). All were powered by engines displacing 254-cid, with a chrome aluminium cylinder block, five main bearings and mechanical valve lifters, rated at three different output levels. The more expensive Deluxe offerings came with dual sidelamps mounted on the front guards, a pair of chromed tail lights, twin windscreen wipers and horns, while some models also benefited from Broadcloth upholstery and additional brightwork. Three beam headlamps were a novel feature, as was the option of the so-called “AxleFlex” semi-independent front suspension. 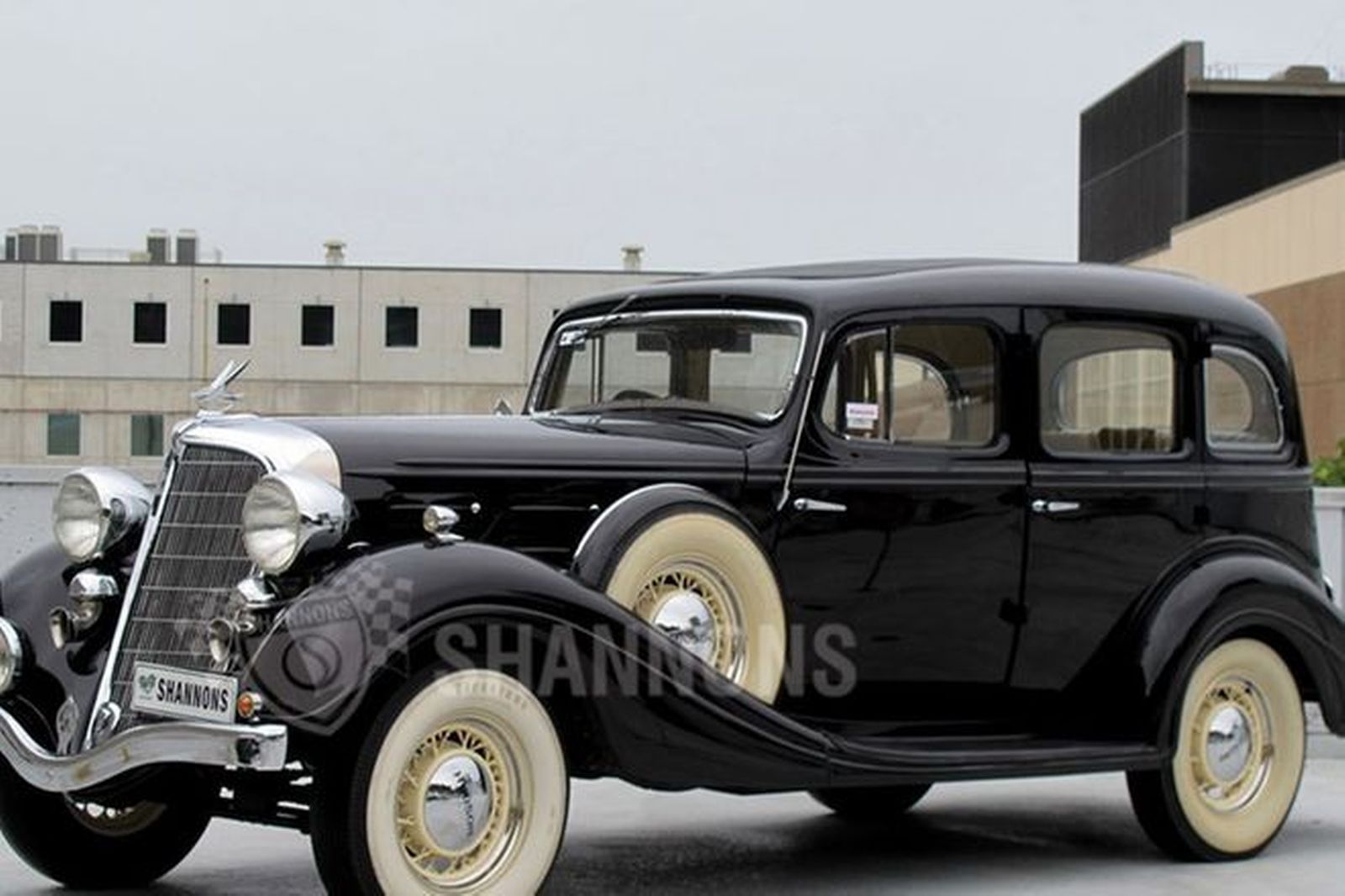