5227 people have viewed this lot

Launched in mid-1964, Ford hit on a winning formula with the first generation Mustang and it was soon selling like hot cakes, becoming one of the most successful model launches in American automotive history. Based on the compact Falcon platform, the Mustang featured a sexy new body and a vast array of engine and transmission options, giving birth to a whole new market segment known as ‘pony cars’. Facing stiff competition from a new generation of rivals from Chevrolet and Plymouth in 1967, Ford stuck to its winning formula, making only evolutionary changes to the original design. In 1969 the styling underwent the most comprehensive overhaul yet, reflecting the trend towards larger cars across the board. Once again sold as a two-door hardtop coupe, convertible or fastback, the latter was restyled under Larry Shinoda’s direction and billed as the ‘Sportsroof’. In 1970, the Mustang’s styling saw the return to single headlight treatment, with the lights mounted inside a wider grille and complemented by simulated air intakes. The rear end styling also came in for some revision, while the other major news in 1970 was the introduction of the 351-cid Cleveland V8, available in two-barrel (rated at 250 horsepower) or four-barrel (300 horsepower) versions. Introduced in 1969 and based on the Sportsroof, the Mach 1 package had effectively taken the place of the GT, adding a long list of exterior and interior upgrades to the Mustang. For 1970 a revised grille with twin driving lights, aluminium rocker moldings and new paintwork and graphics were amongst the new features added to the Mach 1, with the 351-cid V8 as standard. For many pundits the 1970 cars represent the final year of performance Mustangs, with a gradual decline thereafter thanks to emissions and the Fuel Crisis. A quick glance through the options list saw plenty to make speed freaks smile while the Mustang proved its mettle on the racetrack, with Bud Moore’s thundering Boss 302s capturing the 1970 Trans-Am title. 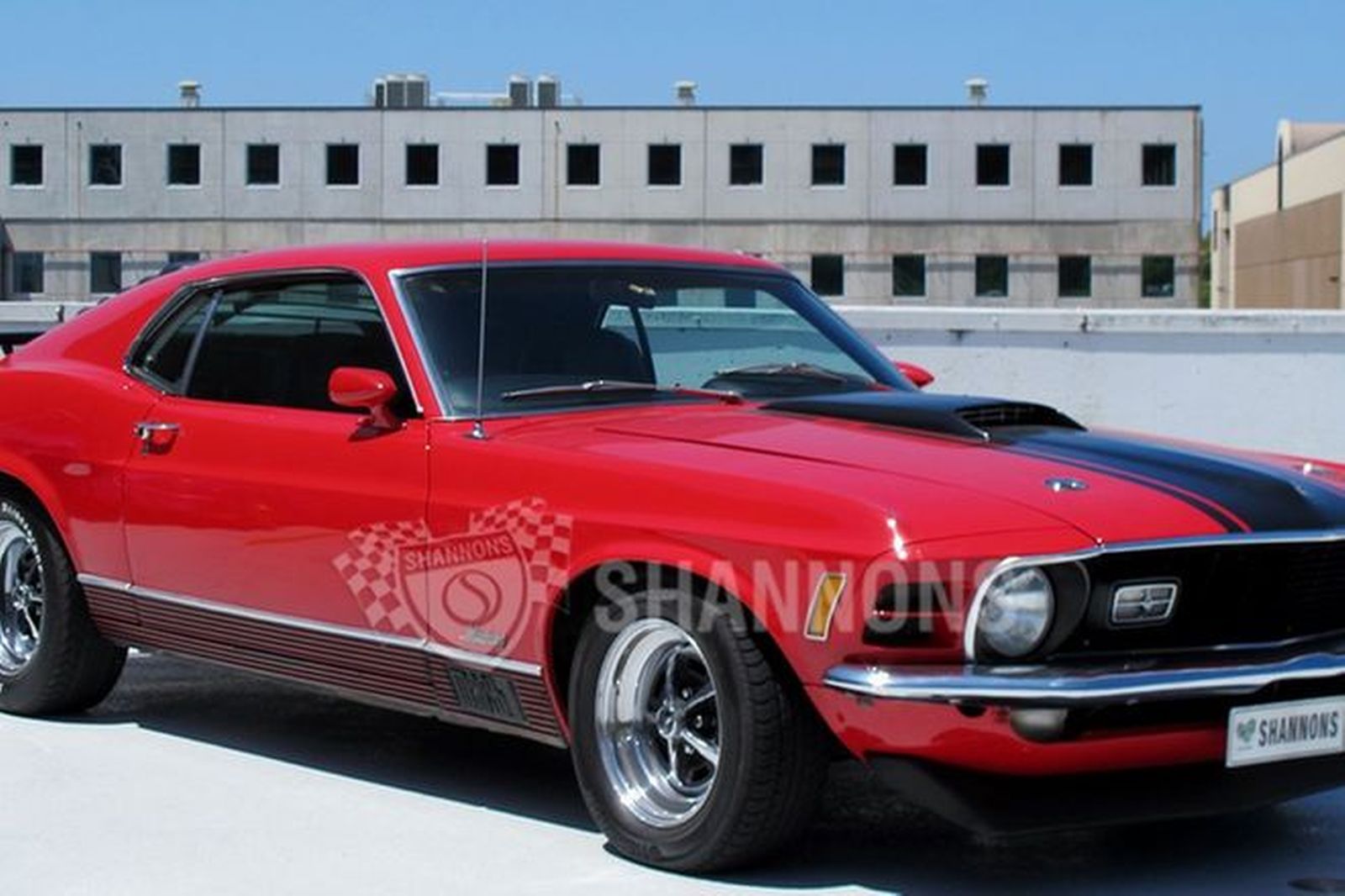 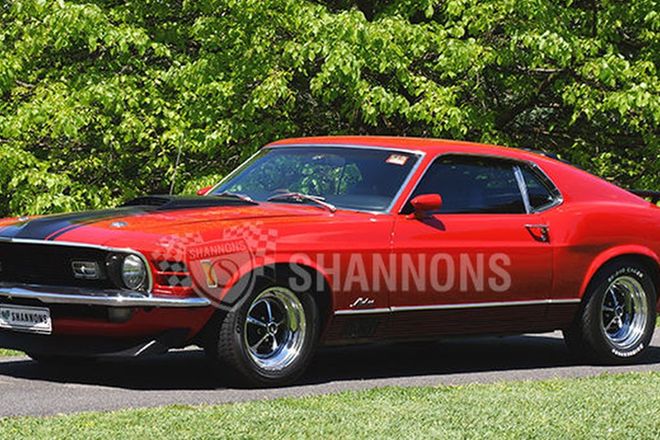