2956 people have viewed this lot

In a genuine “rags to riches” story, Charles W Nash rose from humble beginnings as an orphan working on a farm in Michigan to become the President of General Motors by 1912. Following his resignation due to a dispute with GM boss William C Durant, Nash formed his eponymous company in 1916 and began producing cars in Kenosha, Wisconsin just two years later. Nash merged with the giant Kelvinator Corporation in 1936 and refused to follow prevailing styling trends, remaining steadfastly independent and always unconventional. Alongside the Ambassador and Rambler family sedans and wagons, Nash offered a number of British imports in the early post-war period, including the stylish Nash-Healey sports car and the quirky Metropolitan. Nash’s Statesman family dates back to 1950, although the 1954 model was based on the so-called “Golden Airflytes”, a series of cars built to commemorate the company’s Golden Anniversary in 1952. Styled by the Italian design studio Pinin Farina, the 1952 Nash Statesman (and larger Ambassador model) family traded the fastback look of earlier models for a more conventional – and most agreed prettier – notchback shape, albeit retaining Nash’s signature semi-enclosed fenders. The 1952 Statesman was built on a slightly longer (114.25-inch wheelbase) chassis frame, while the in-line six was stroked to 195.6-cid, raising total horsepower to 88 at 3800rpm. Few changes were made for the model’s second season but a minor facelift took place in 1954, a significant year for Nash, as it merged with Hudson to form the American Motors Corporation on April 22. Changes including a concave grille and chrome headlamp bezels, while the interior came in for a refresh, featuring a new dash panel. Nash offered the Statesman in two different lines, the cheaper Super and more upmarket Custom, the latter distinguished by the Continental tyre kit. Both were sold in two-door and four-door sedan guises, but the Custom was also available as a stylish two-door hardtop coupe. By raising compression to 8.5:1 and installing a two-barrel Carter carburettor, the Statesman’s power output rose to a healthy 110 horsepower in 1954. Nash also became the first American manufacturer to introduce a properly integrated, affordable air conditioning system on a mass-produced car in 1954. 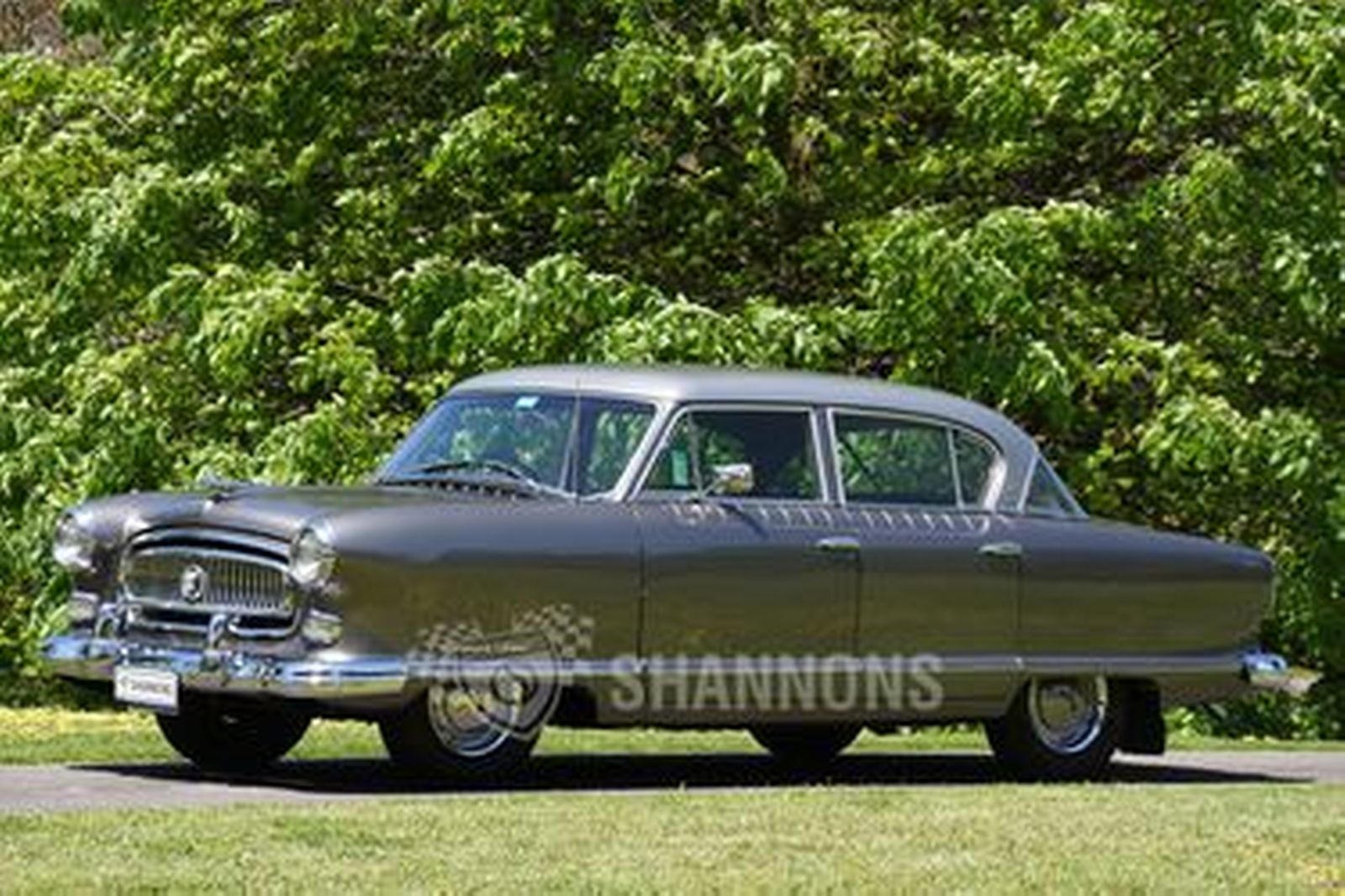