3224 people have viewed this lot

The sensational Sting Ray of 1963 represented a quantum leap for America’s favourite sports car, both in technological terms and looks; the latest Corvette featuring a new ladder-type chassis designed by Zora Arkus-Duntov combined with stunning bodywork penned by Larry Shinoda for Bill Mitchell’s GM Styling team. Initially sold only with the classic small-block 327-cid V8 under its stylish hood, the Sting Ray was a big improvement on the road thanks to independent suspension all round, vastly stiffer box-section frame and – from 1965 – the addition of Delco disc brakes on all four wheels. The list of drivetrain choices available for the Sting Ray expanded to include a 396-cid big block V8 in 1965, followed by the mighty 427-cid unit the following year, along with an array of manual or automatic transmissions to suit. Cosmetic changes were remarkably few, testimony to the success of Larry Shinoda’s original concept and only minor alterations were made for the 1966 season, including a new egg-crate grille, new rocker panel moldings, chrome-plated exhaust bezels and “Corvette Sting Ray” script added to the bonnet, plus a new wheel cover design. By 1966, the entry-level 327-cid V8 breathed through a Holley four-barrel carburettor and was putting out an honest 300 horsepower at 5000rpm, the vast majority equipped with a four-speed manual transmission, while popular options included power brakes, power steering and air conditioning. Sold in both convertible and coupe versions, the 1966 Corvette was available in a choice of ten exterior colours and sales peaked that year, with 9,958 coupes and 17,762 ragtops made. Although later generations of Corvettes became more technologically advanced and are now the equal of the best Europe has to offer, none has quite managed to capture the style, presence and driving pleasure of the original 1963-67 Sting Rays. 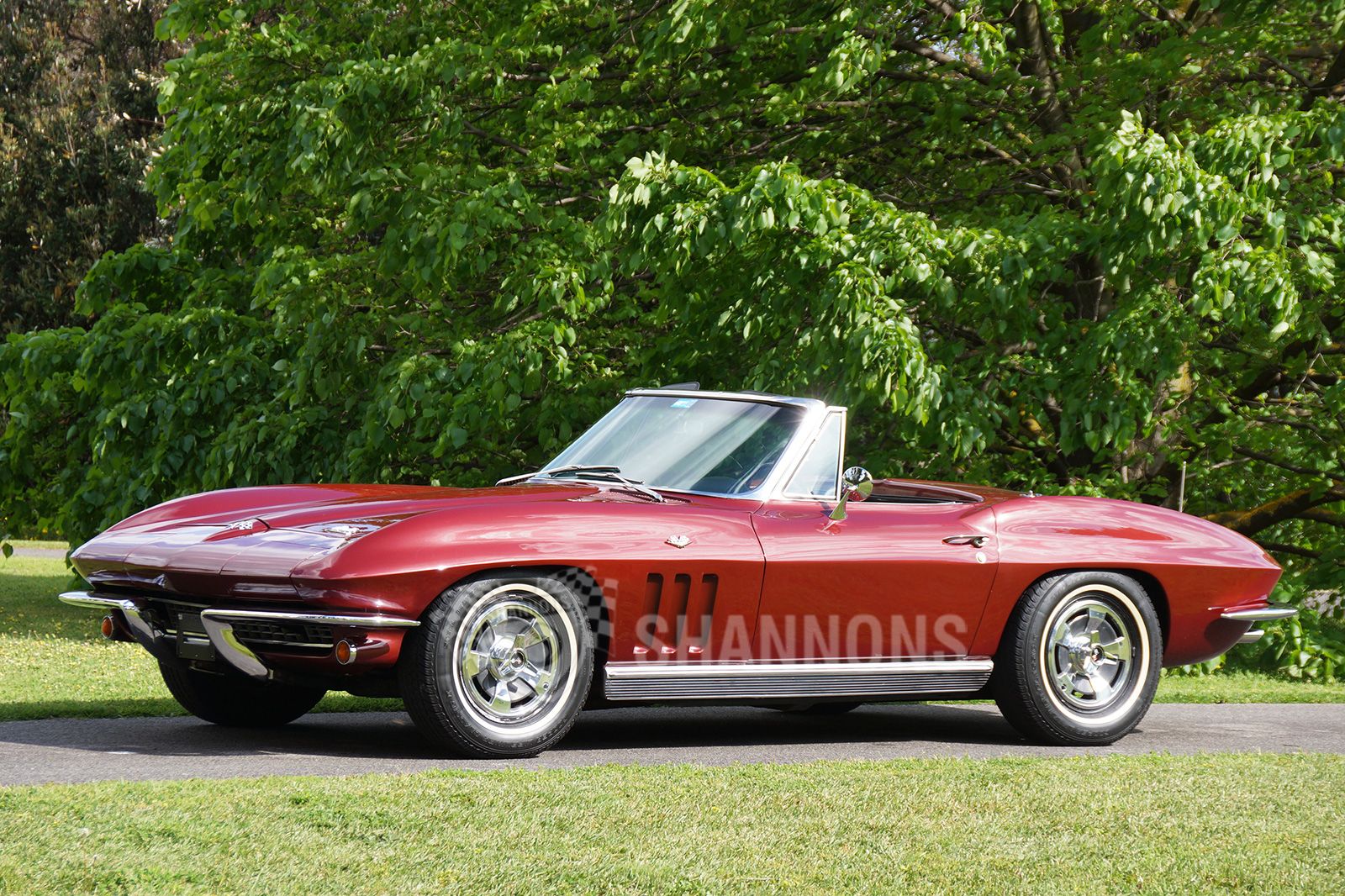 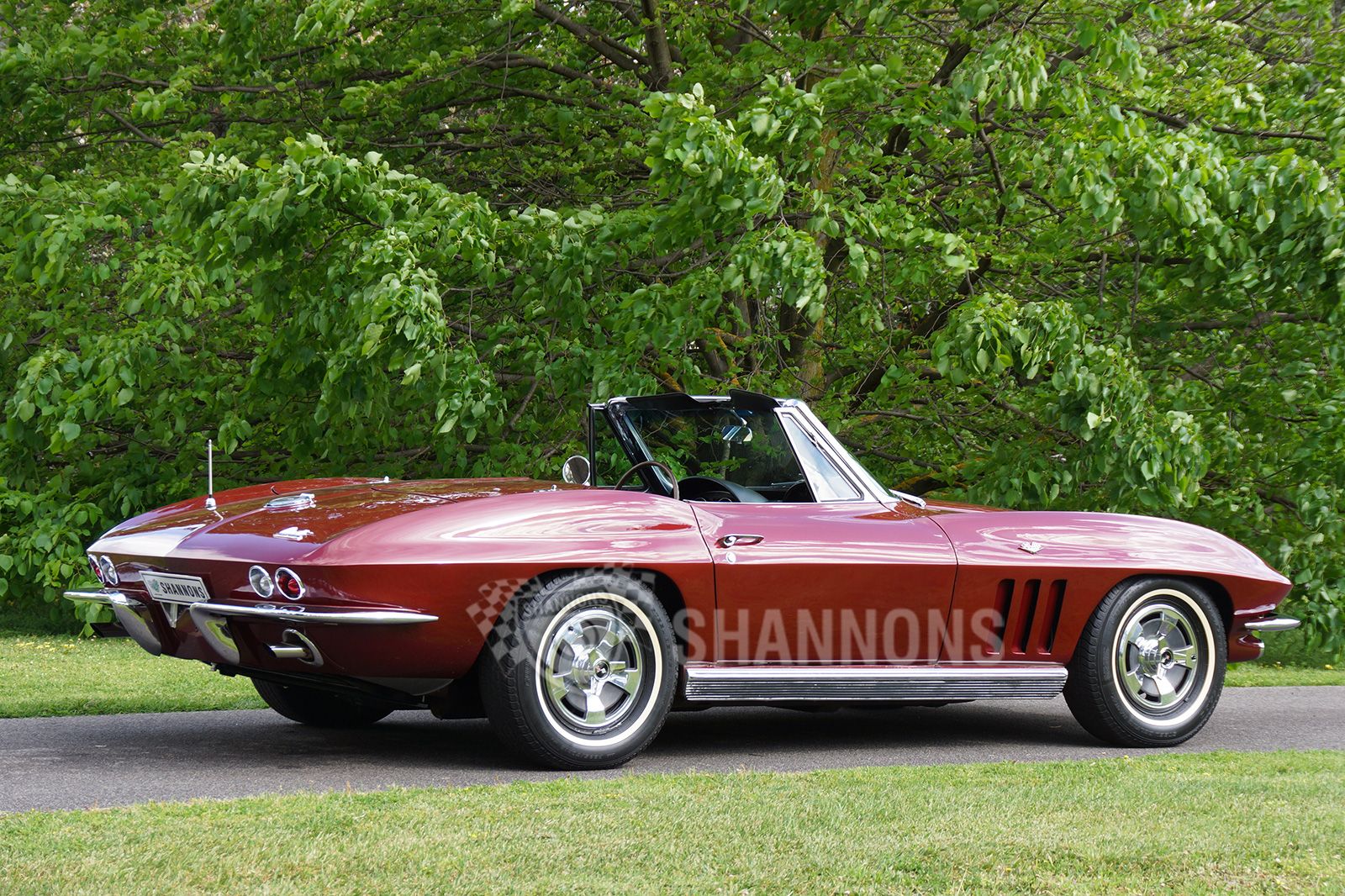 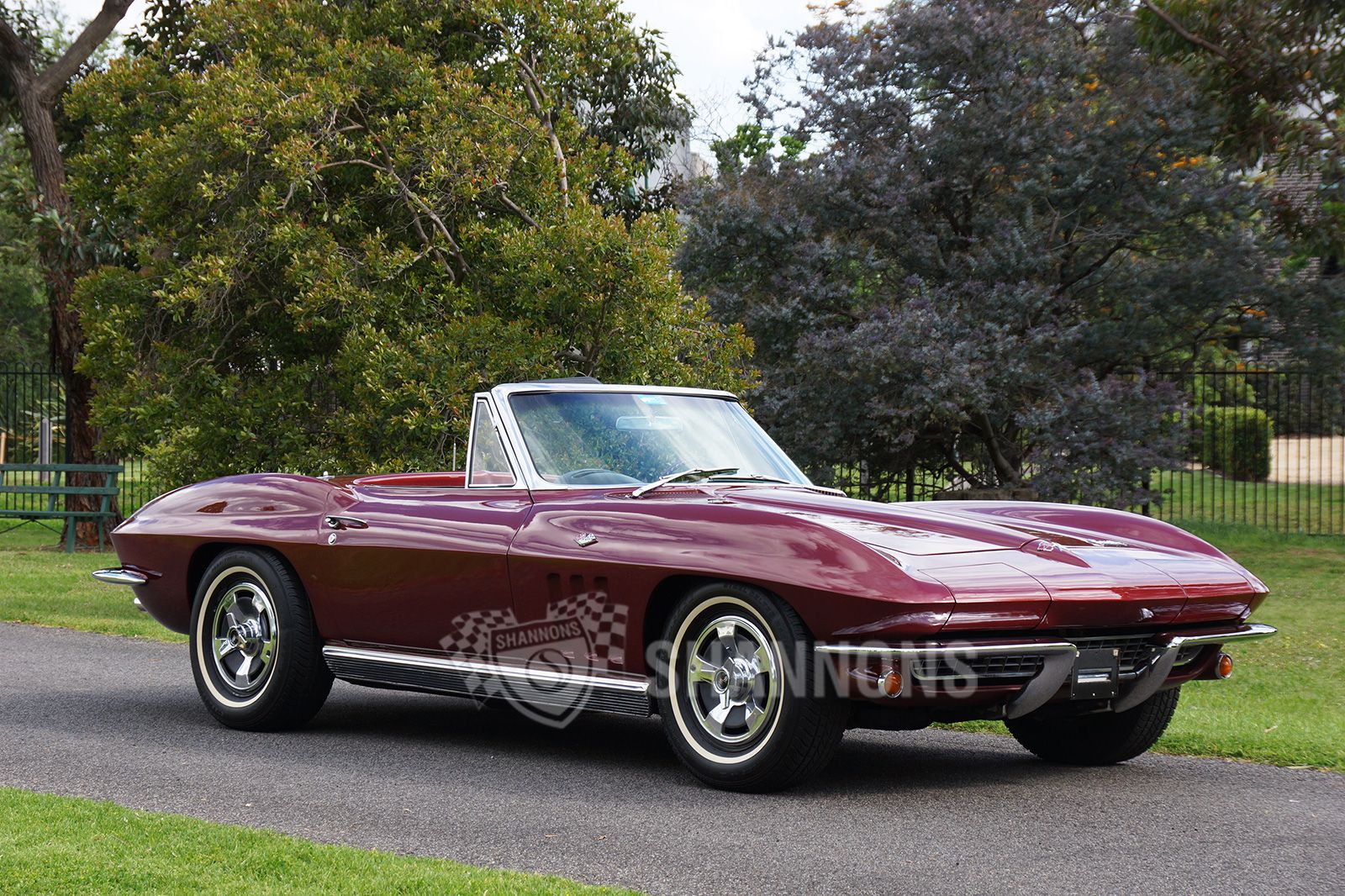 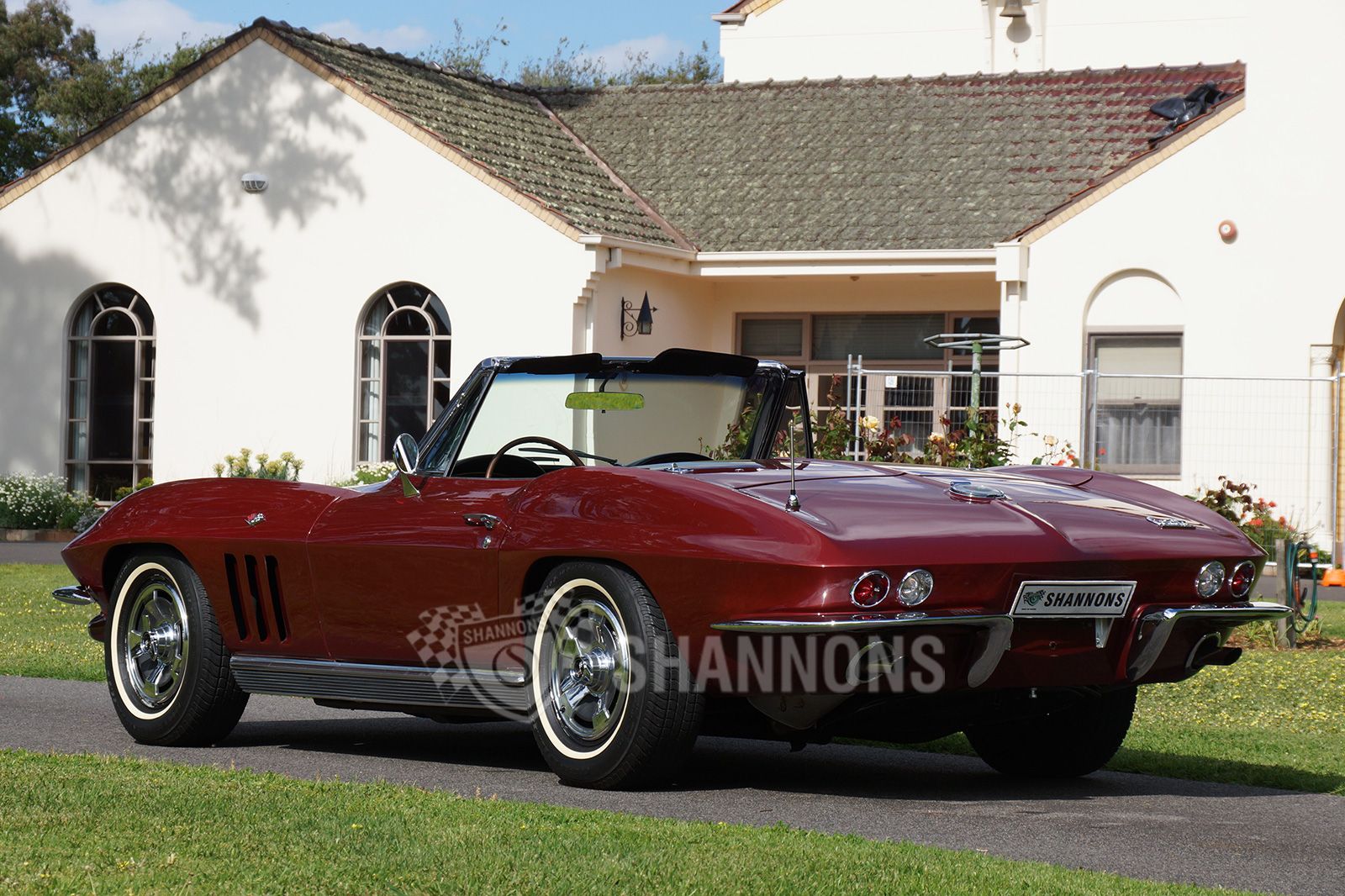 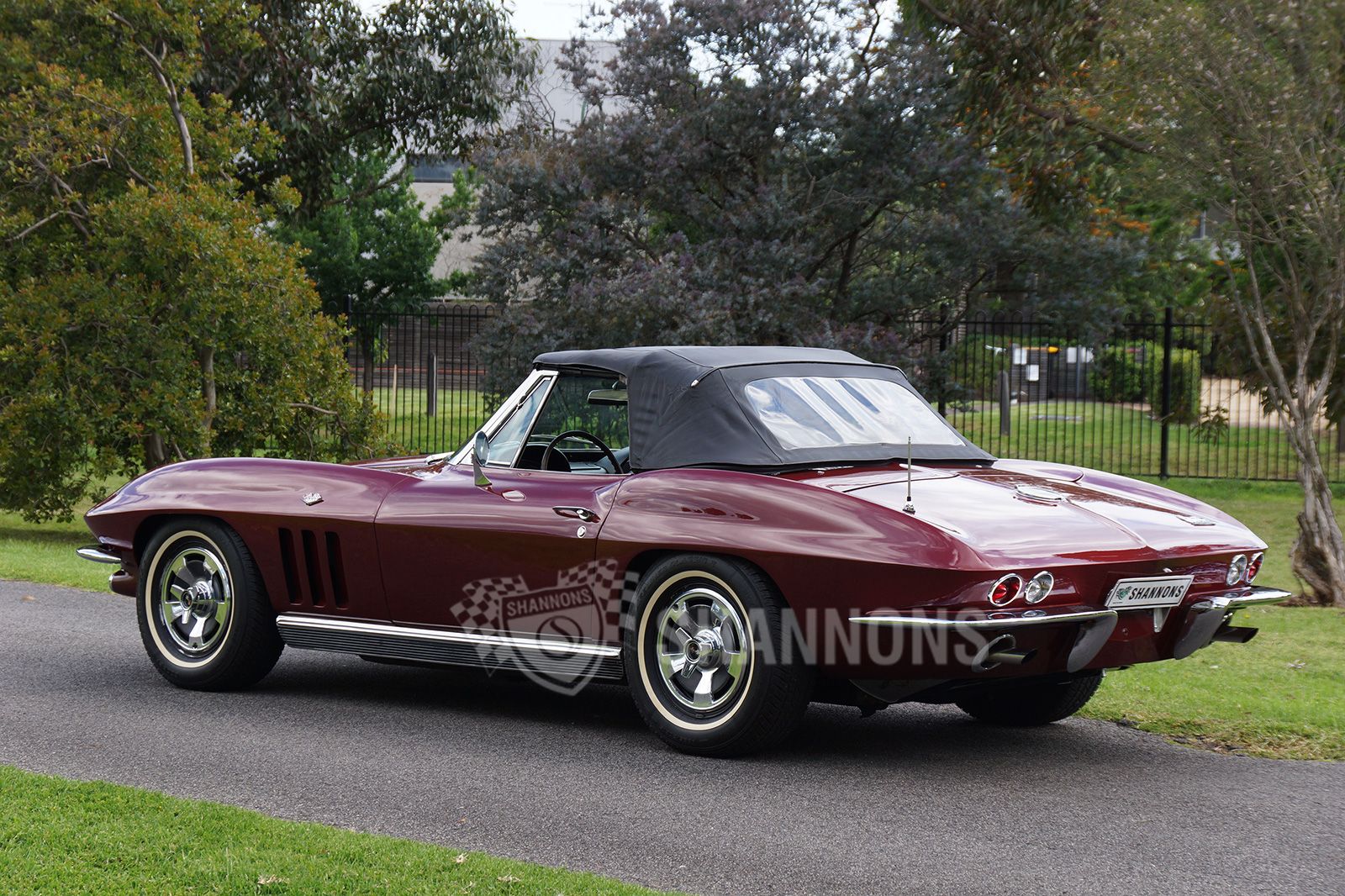 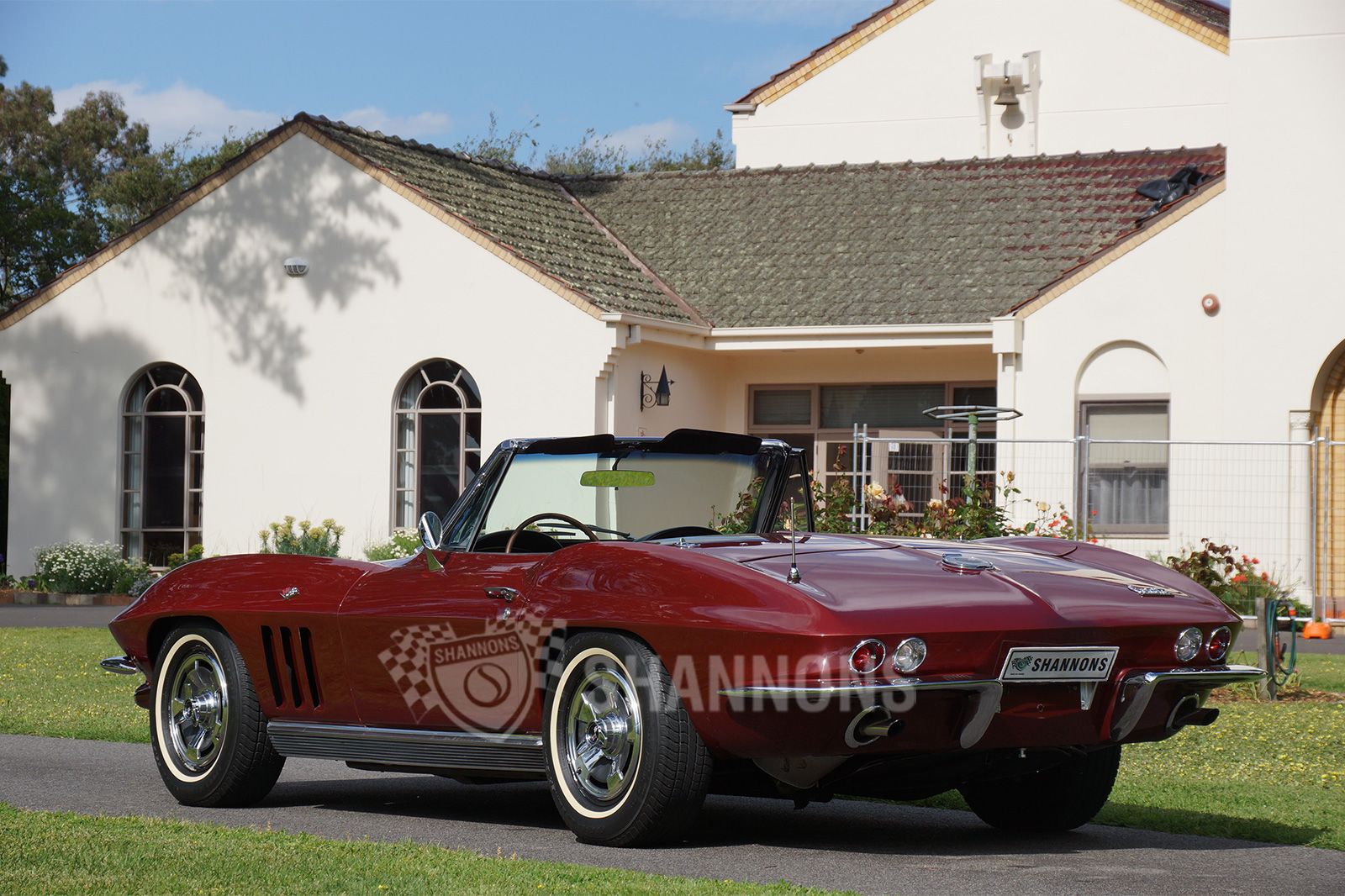 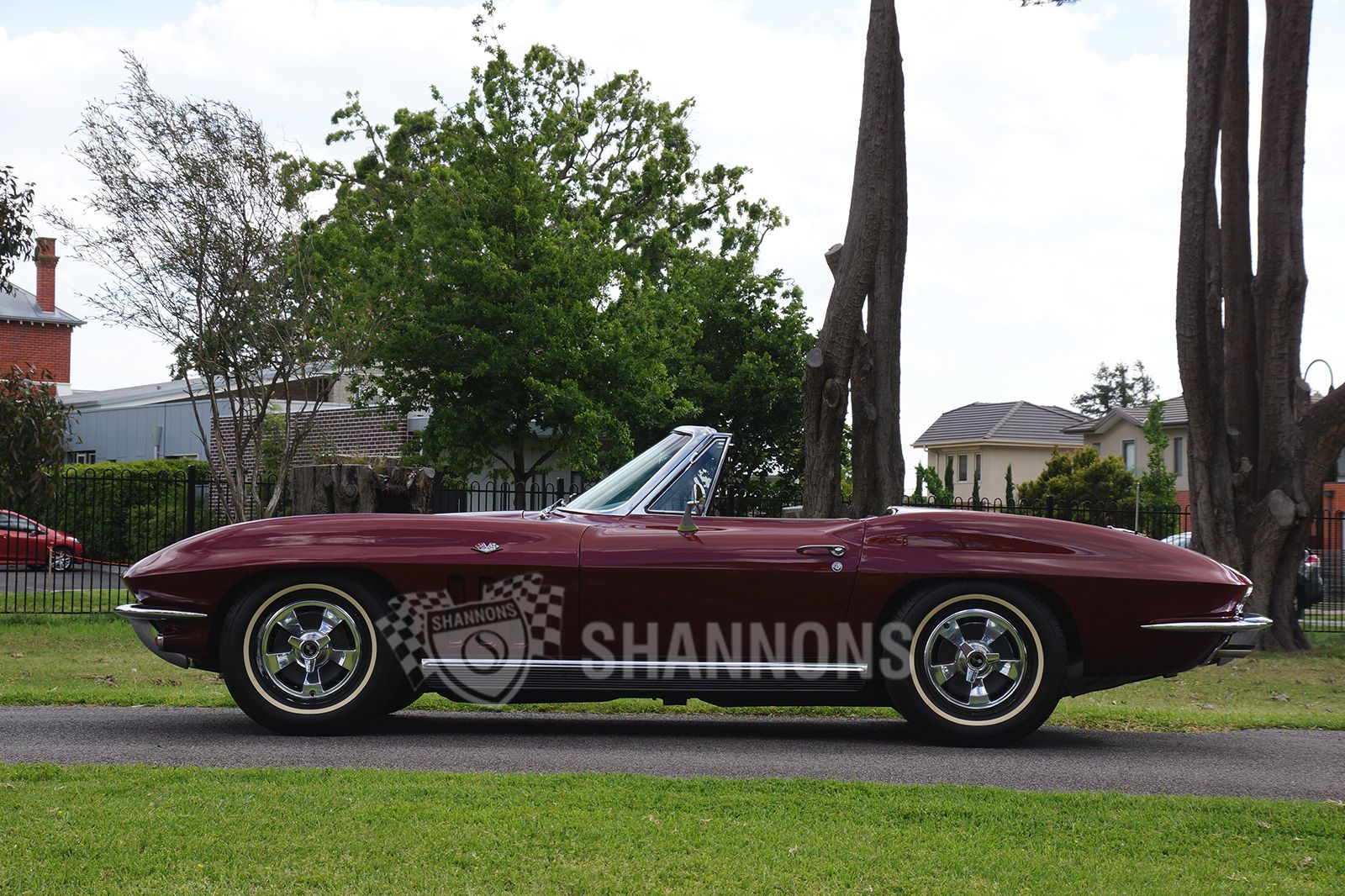 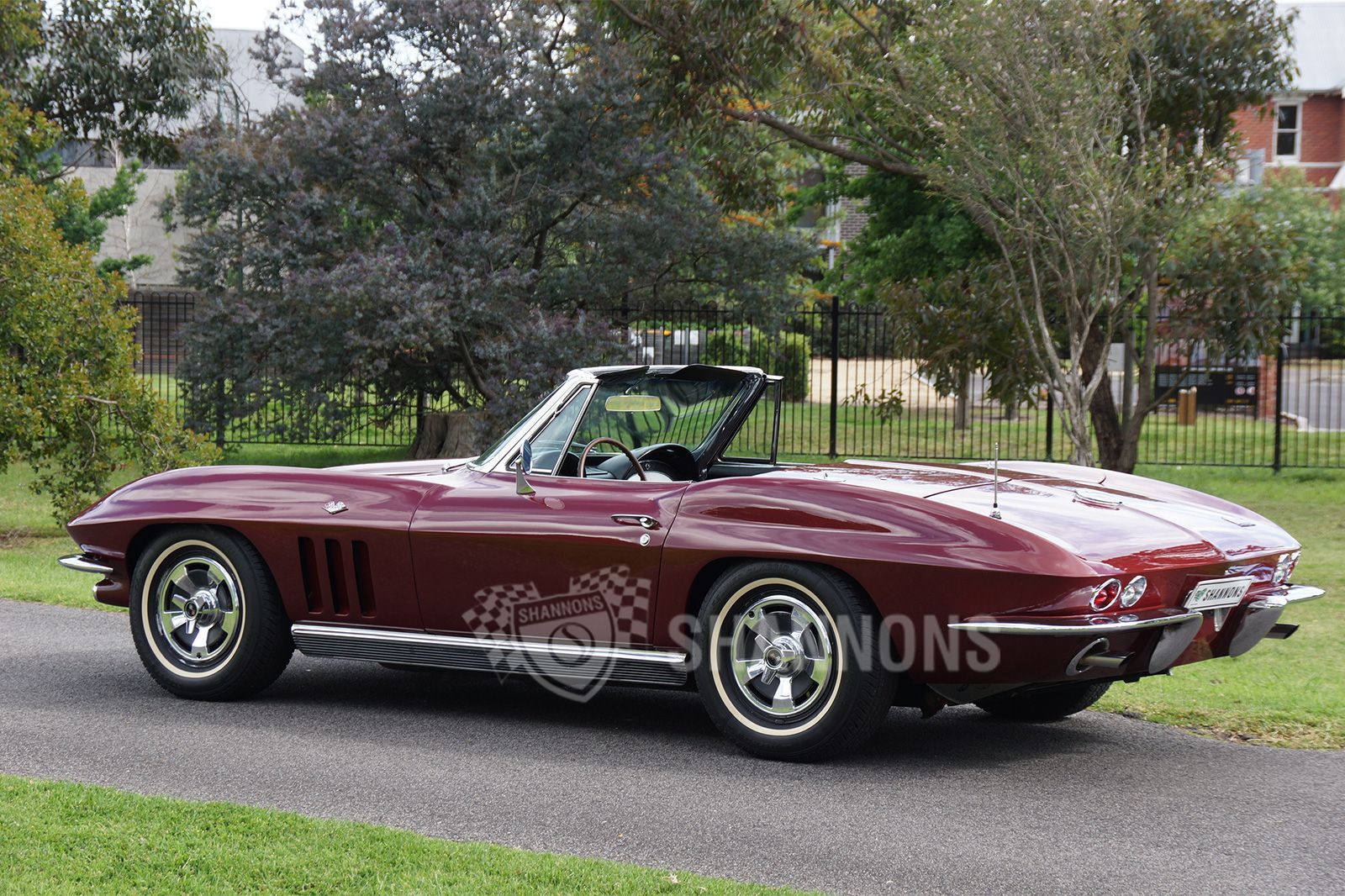 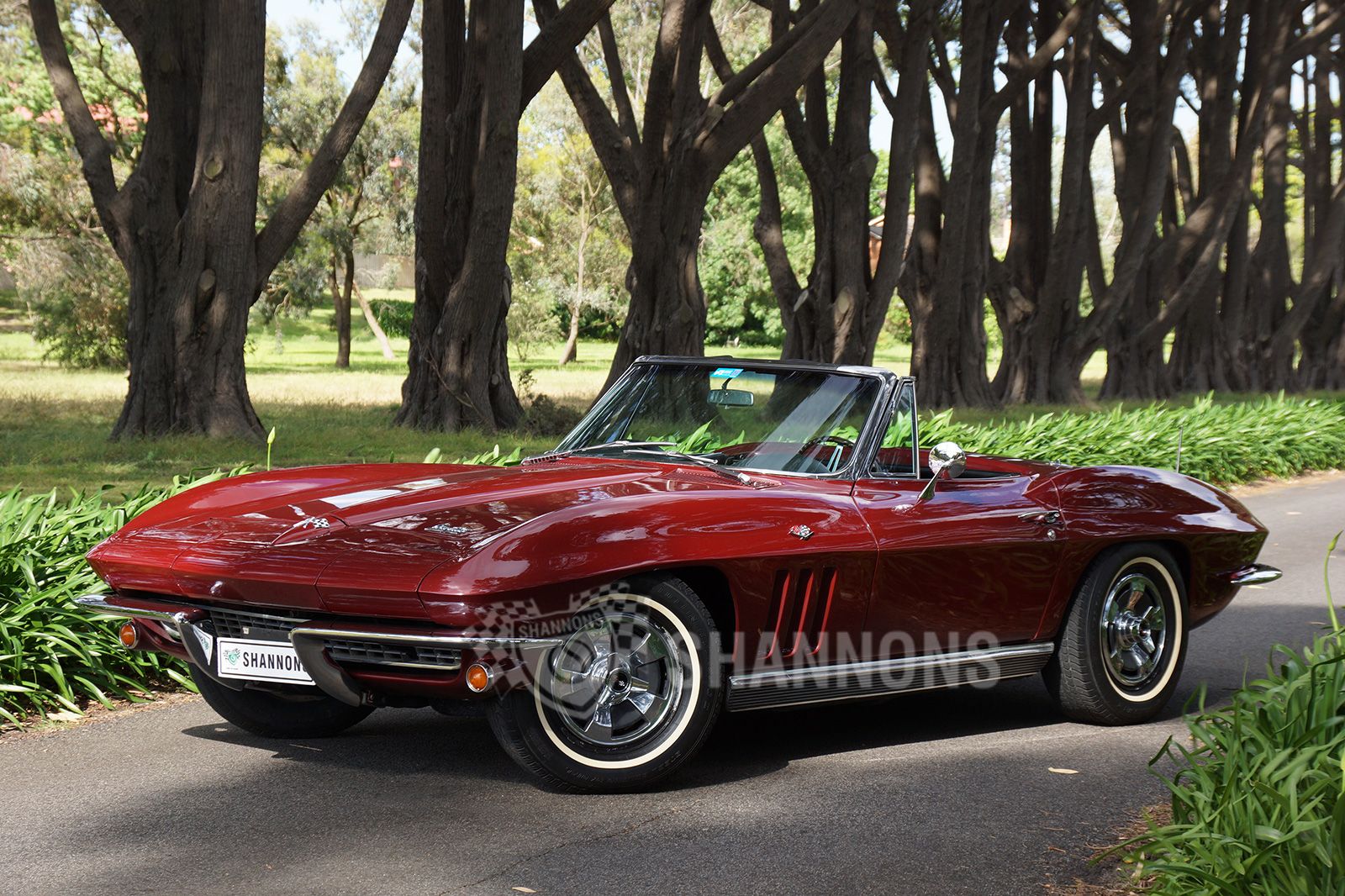 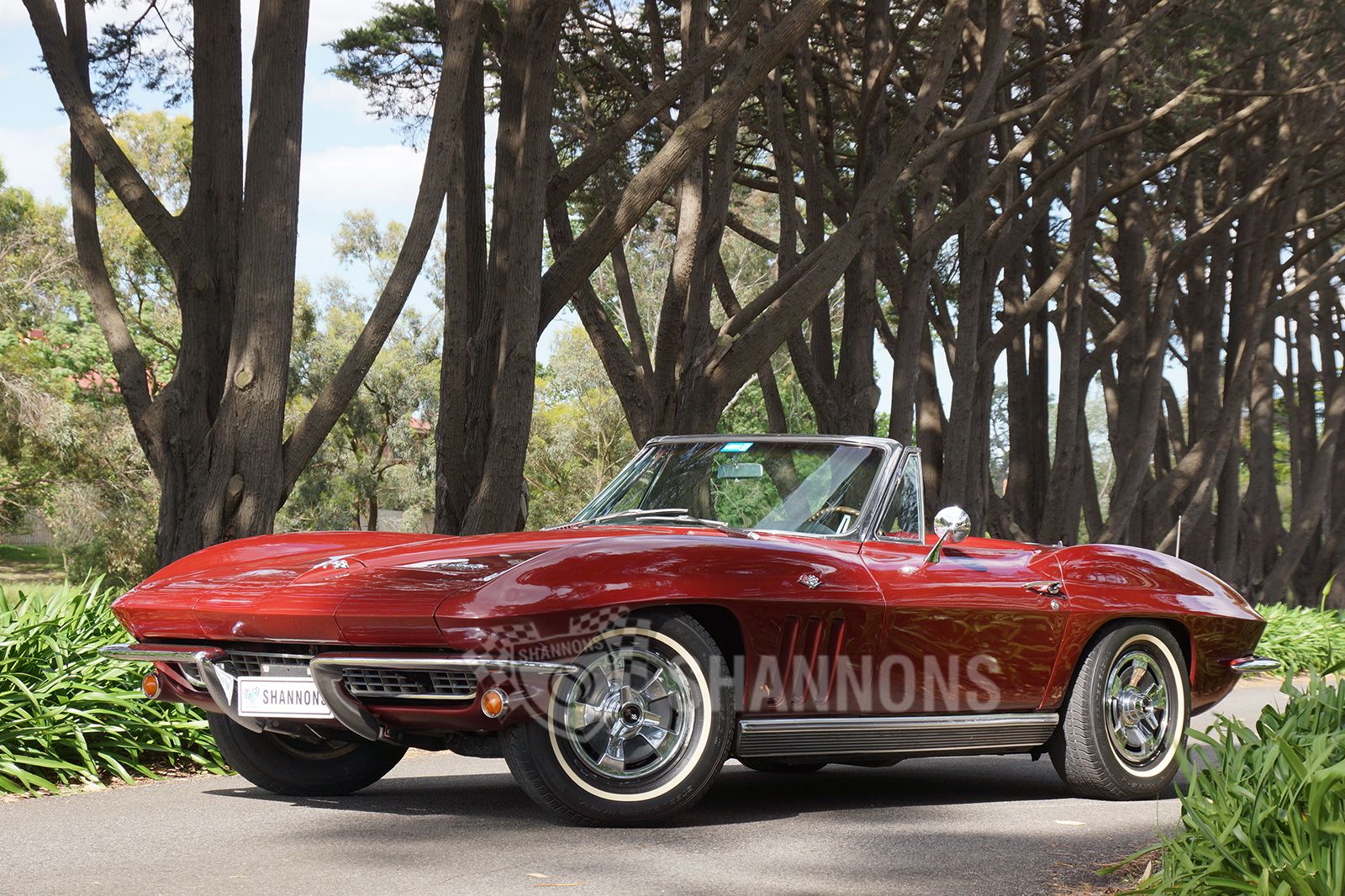 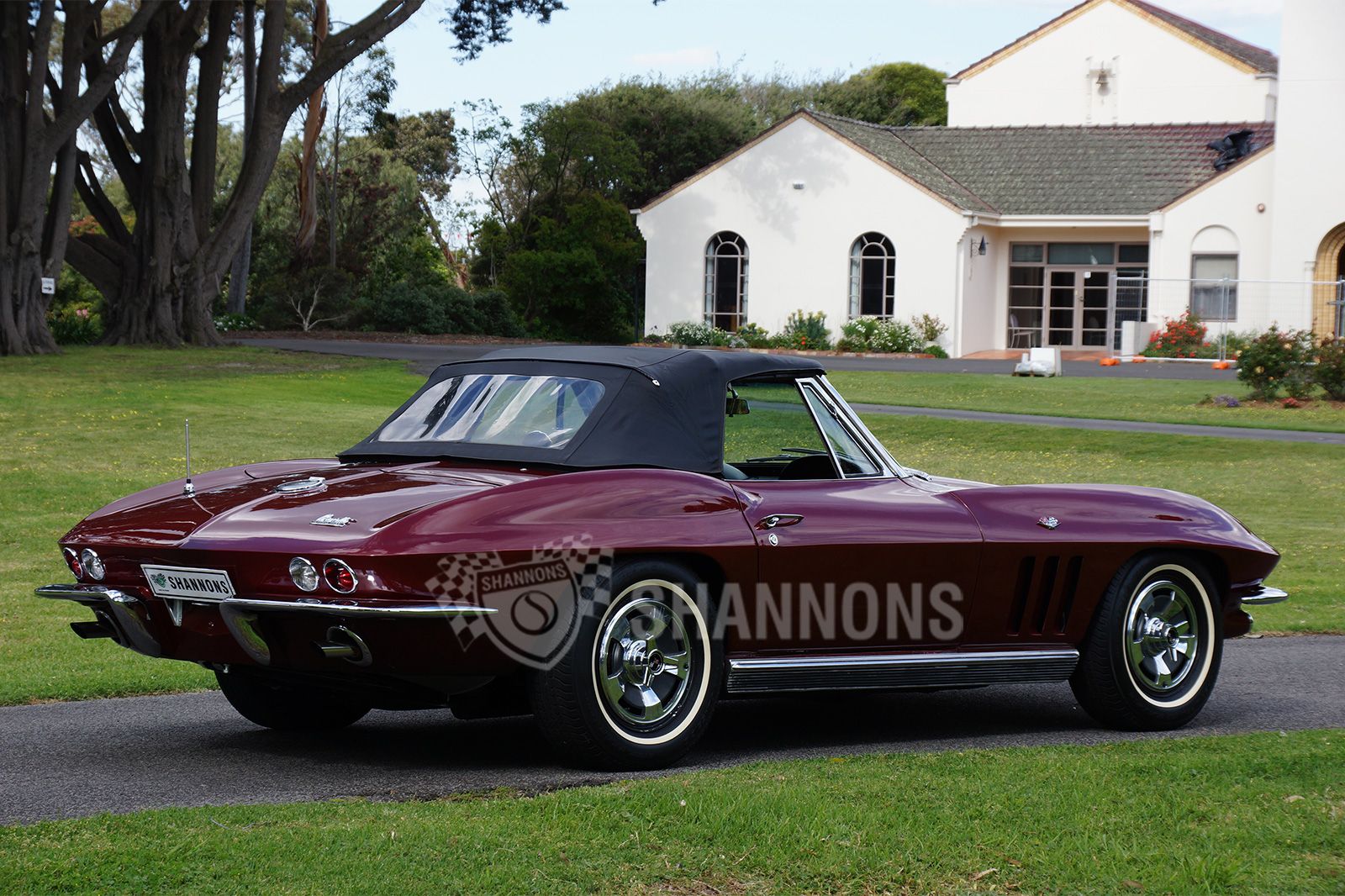 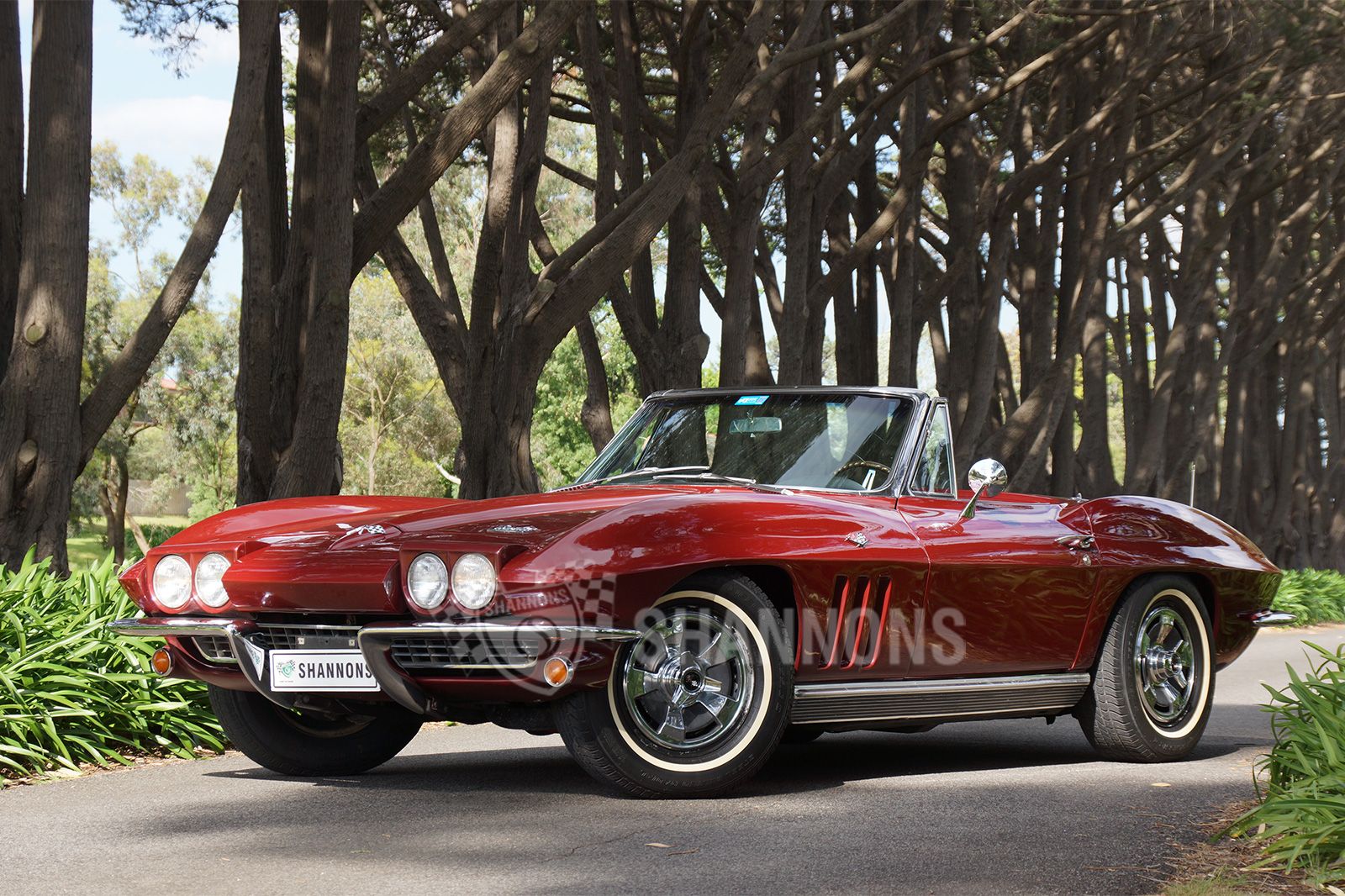 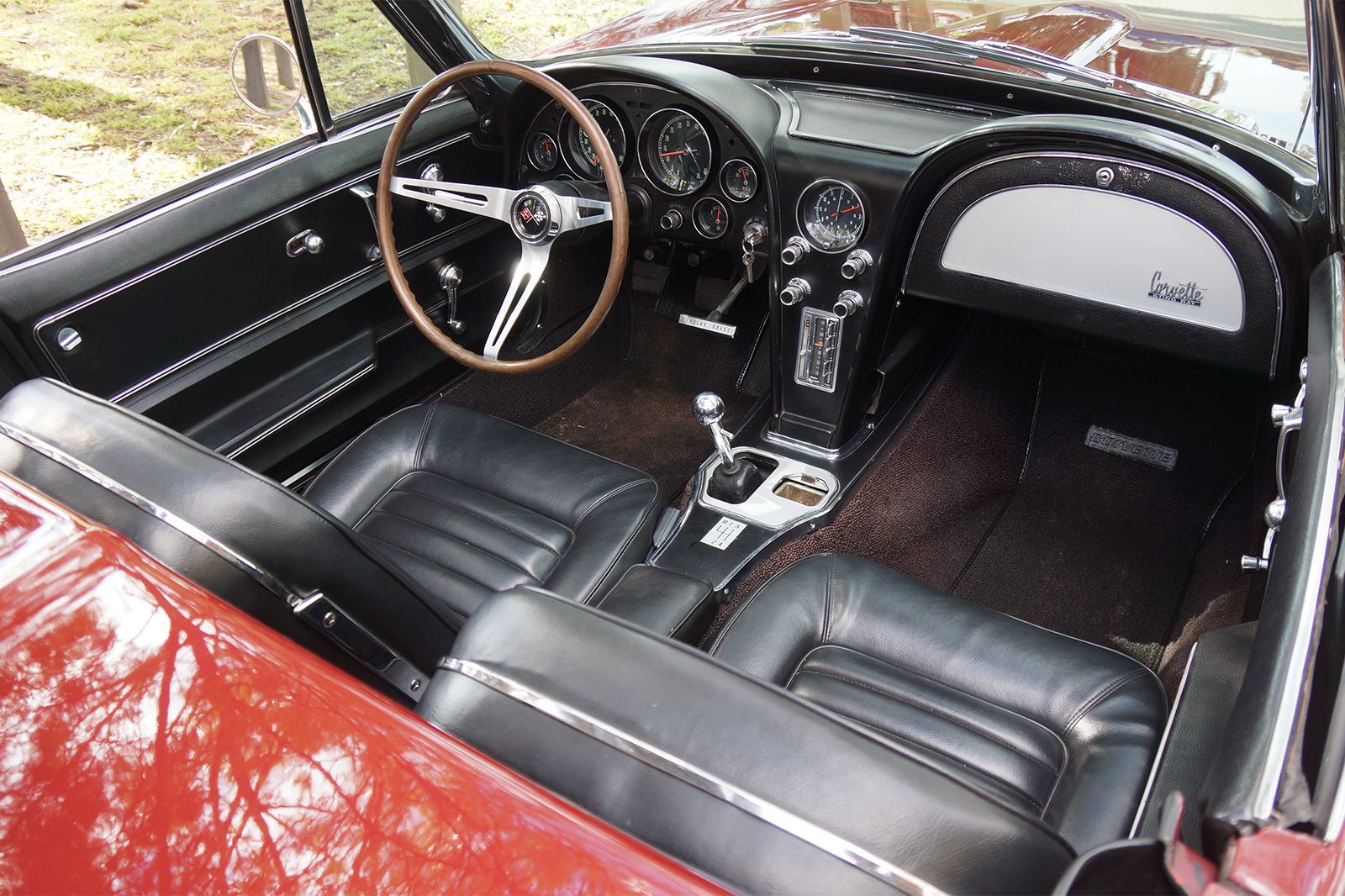 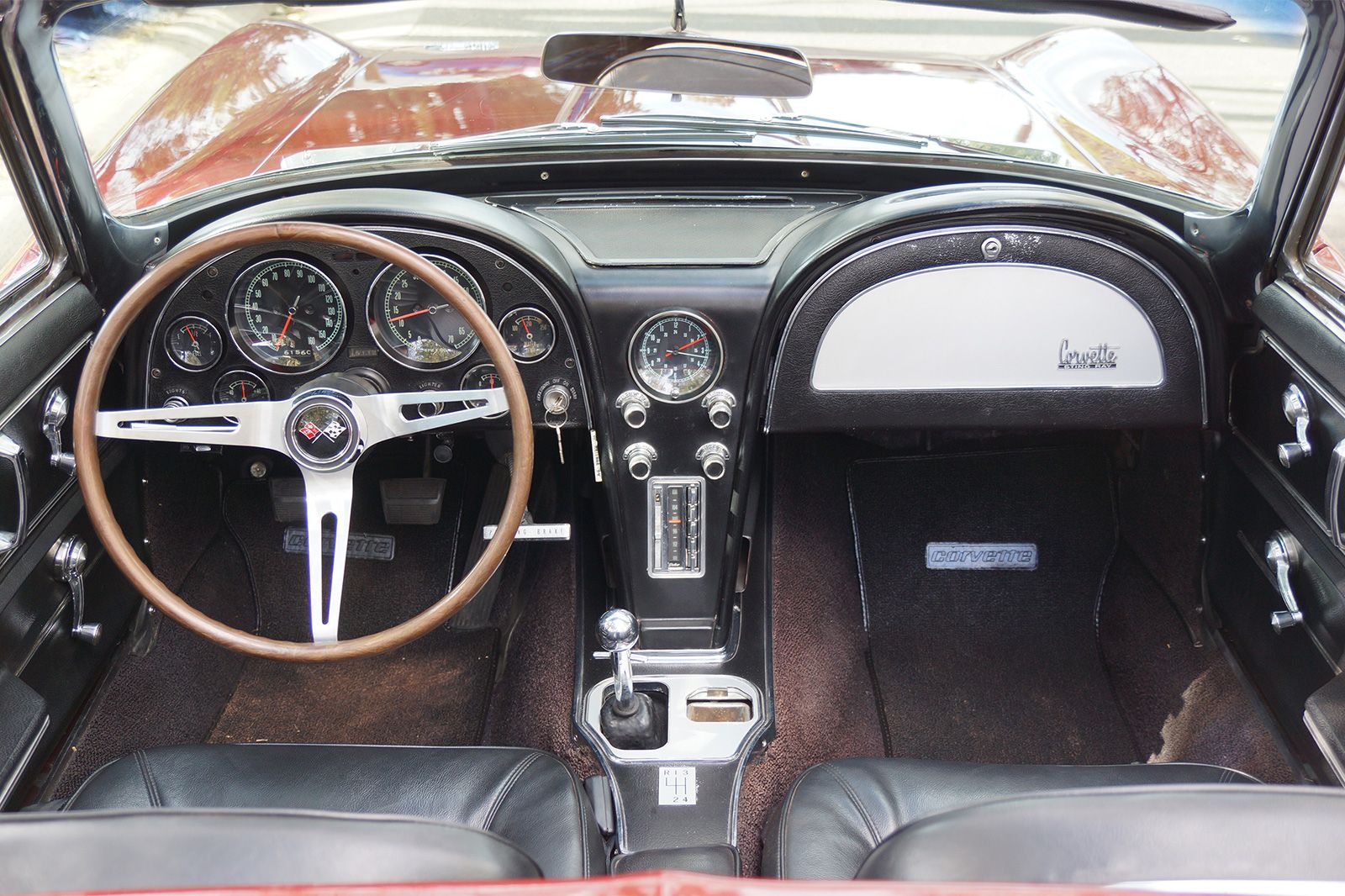 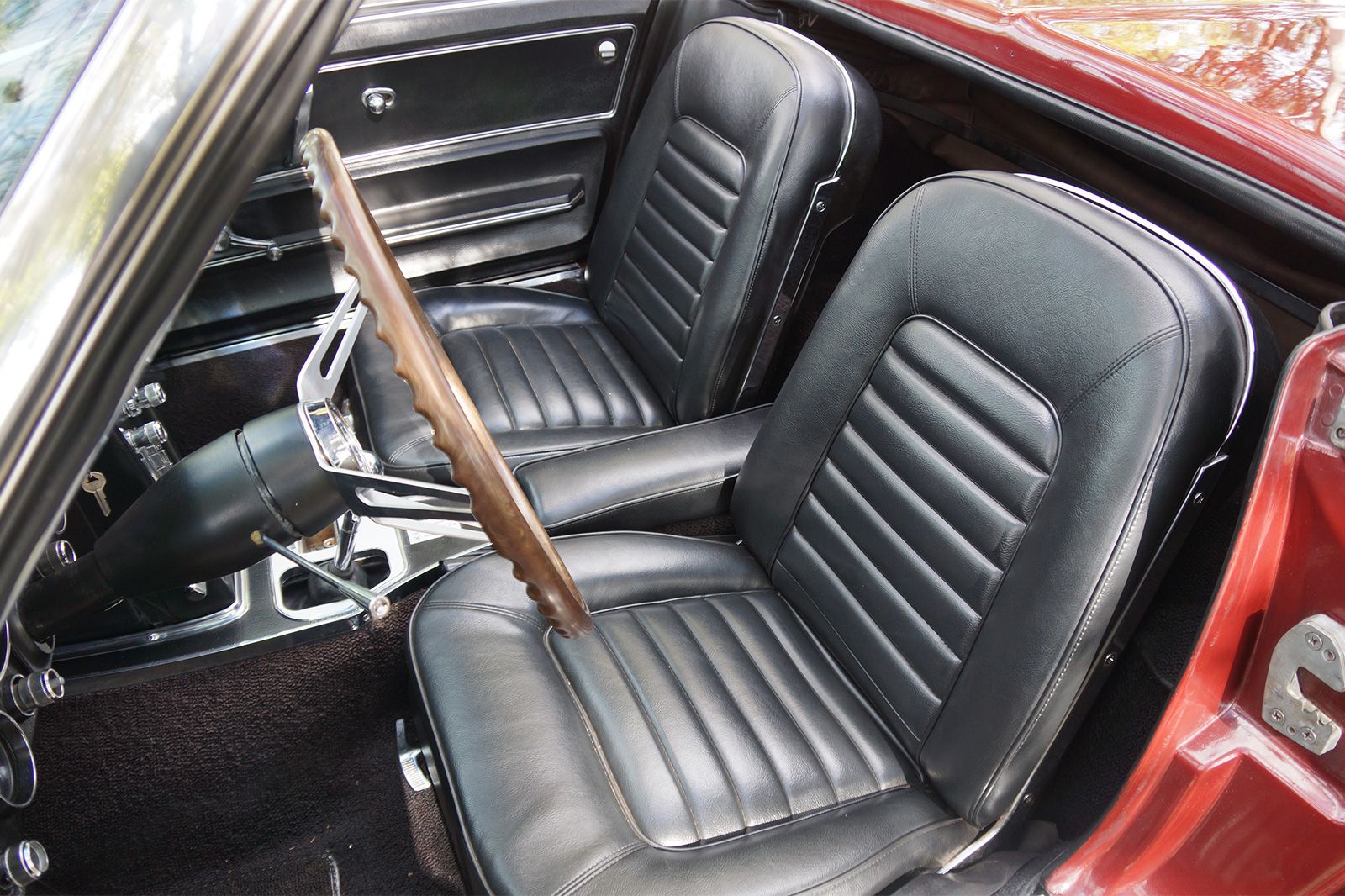 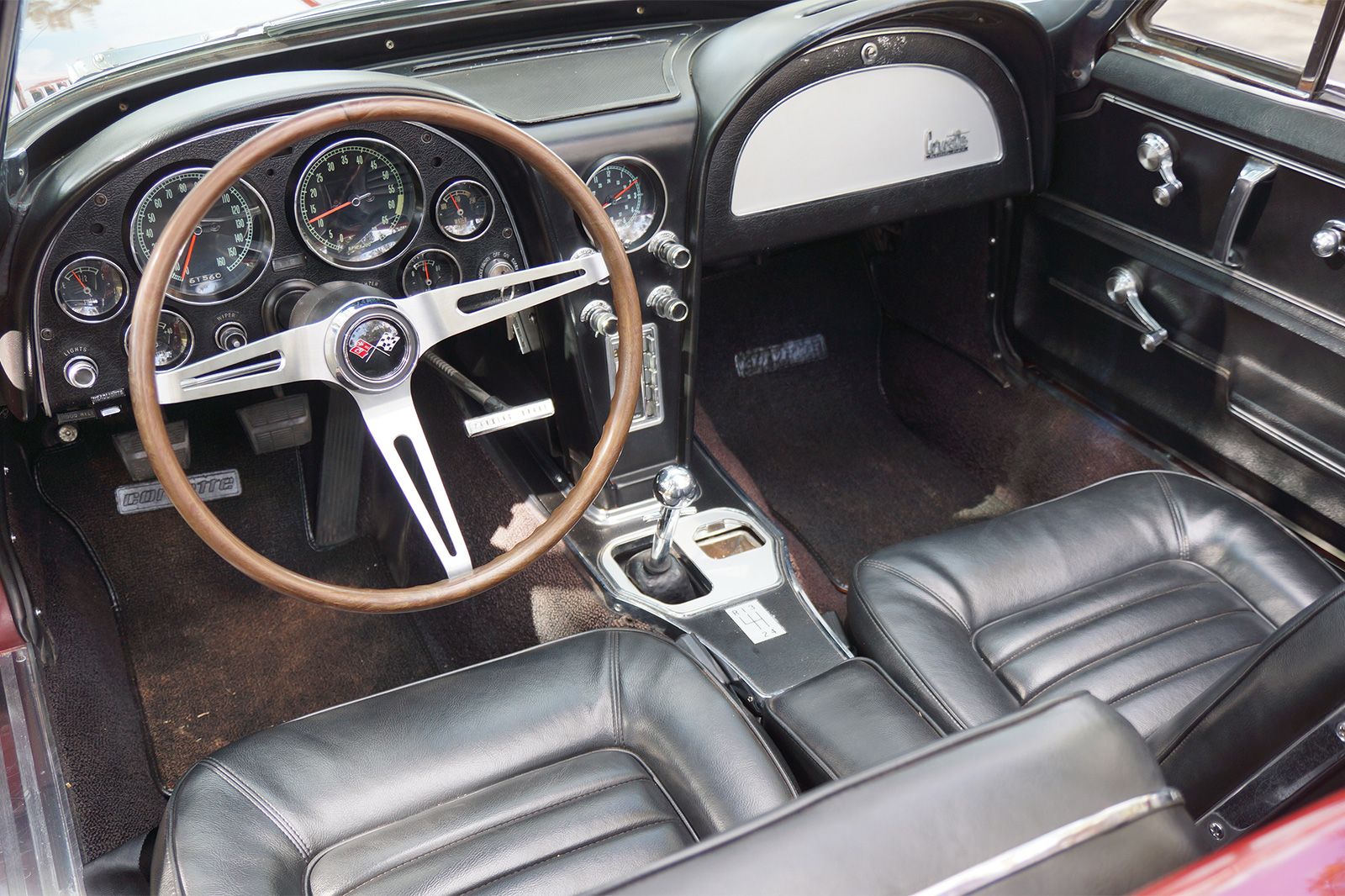 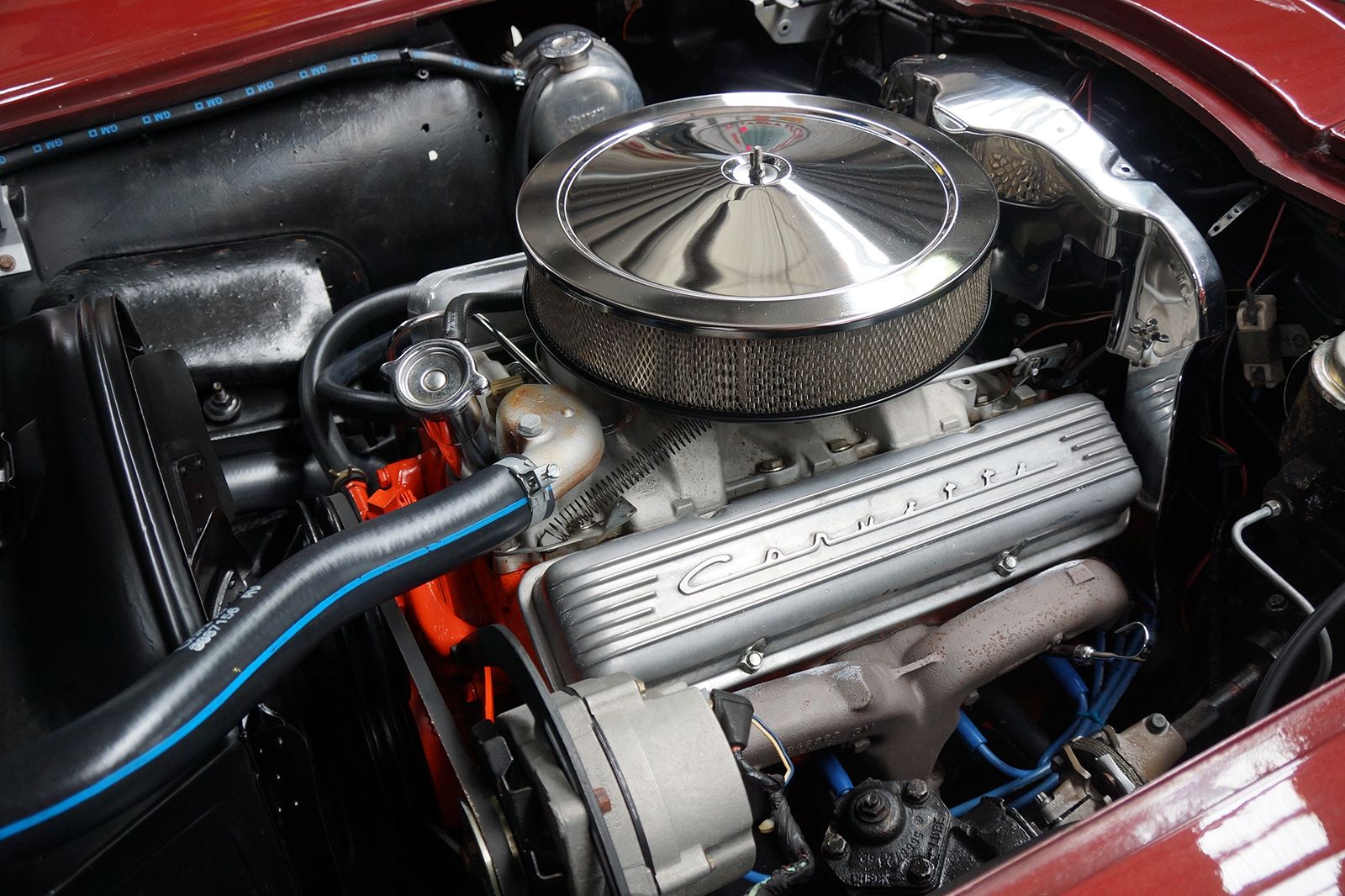 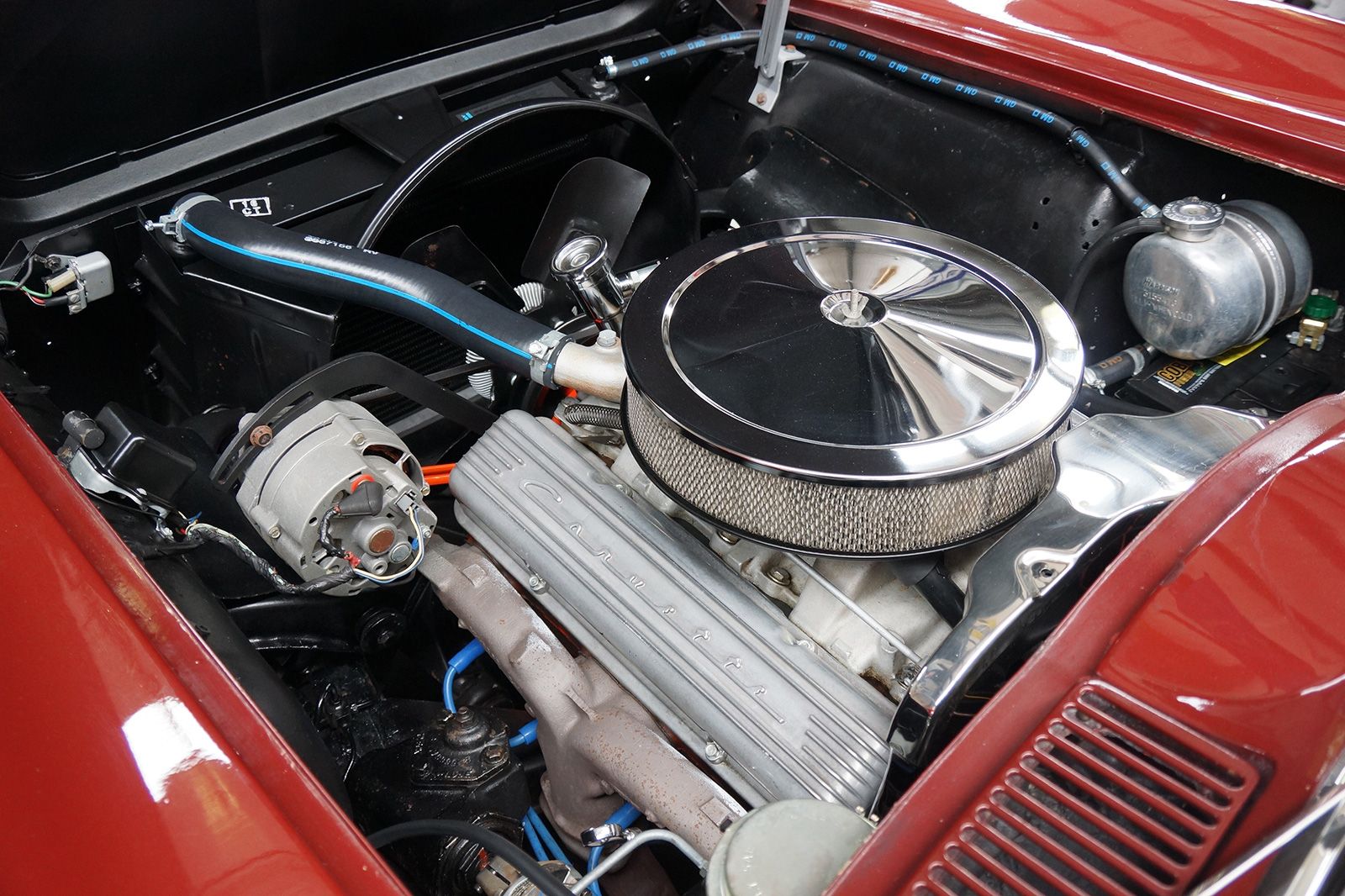 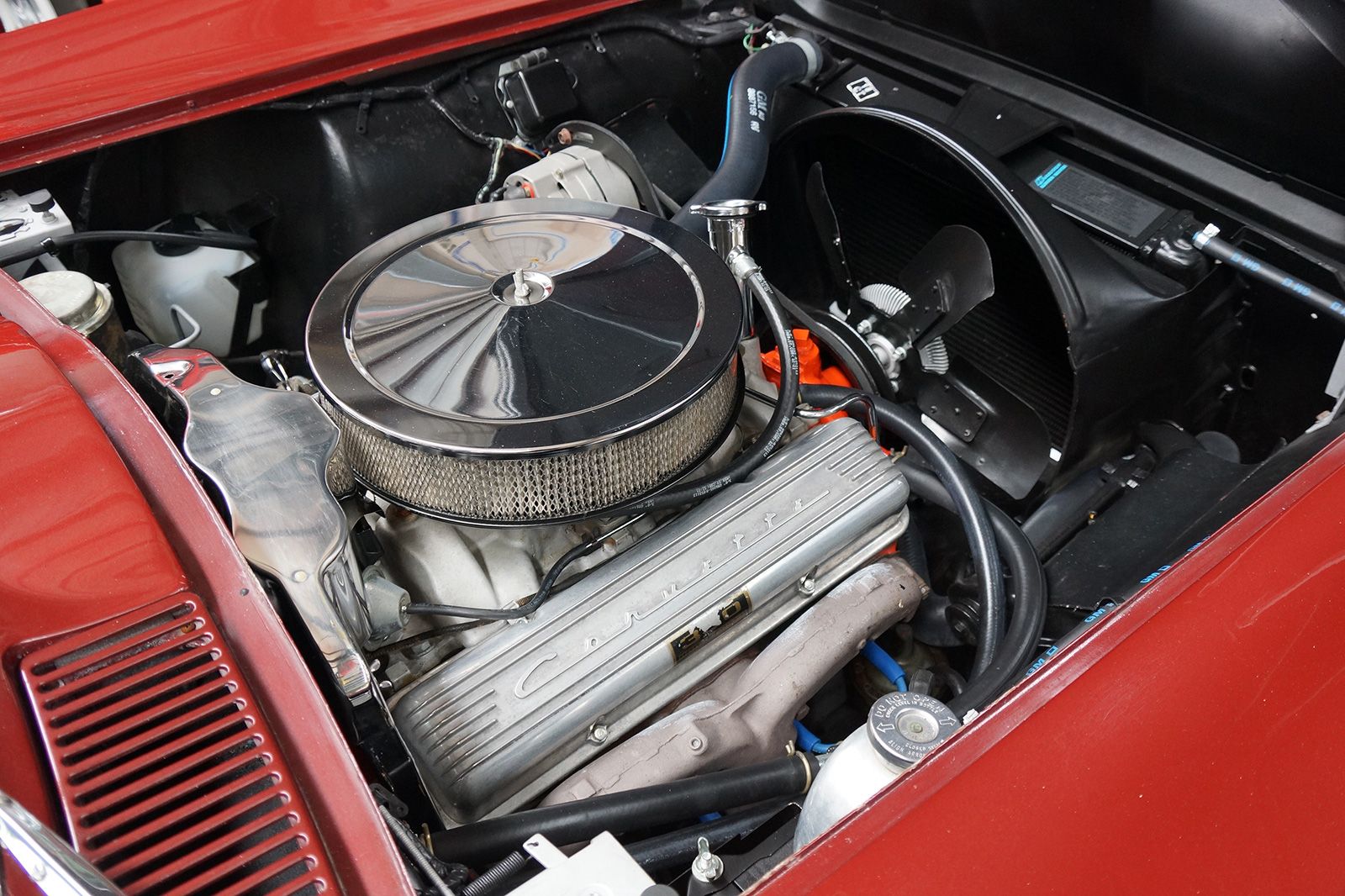 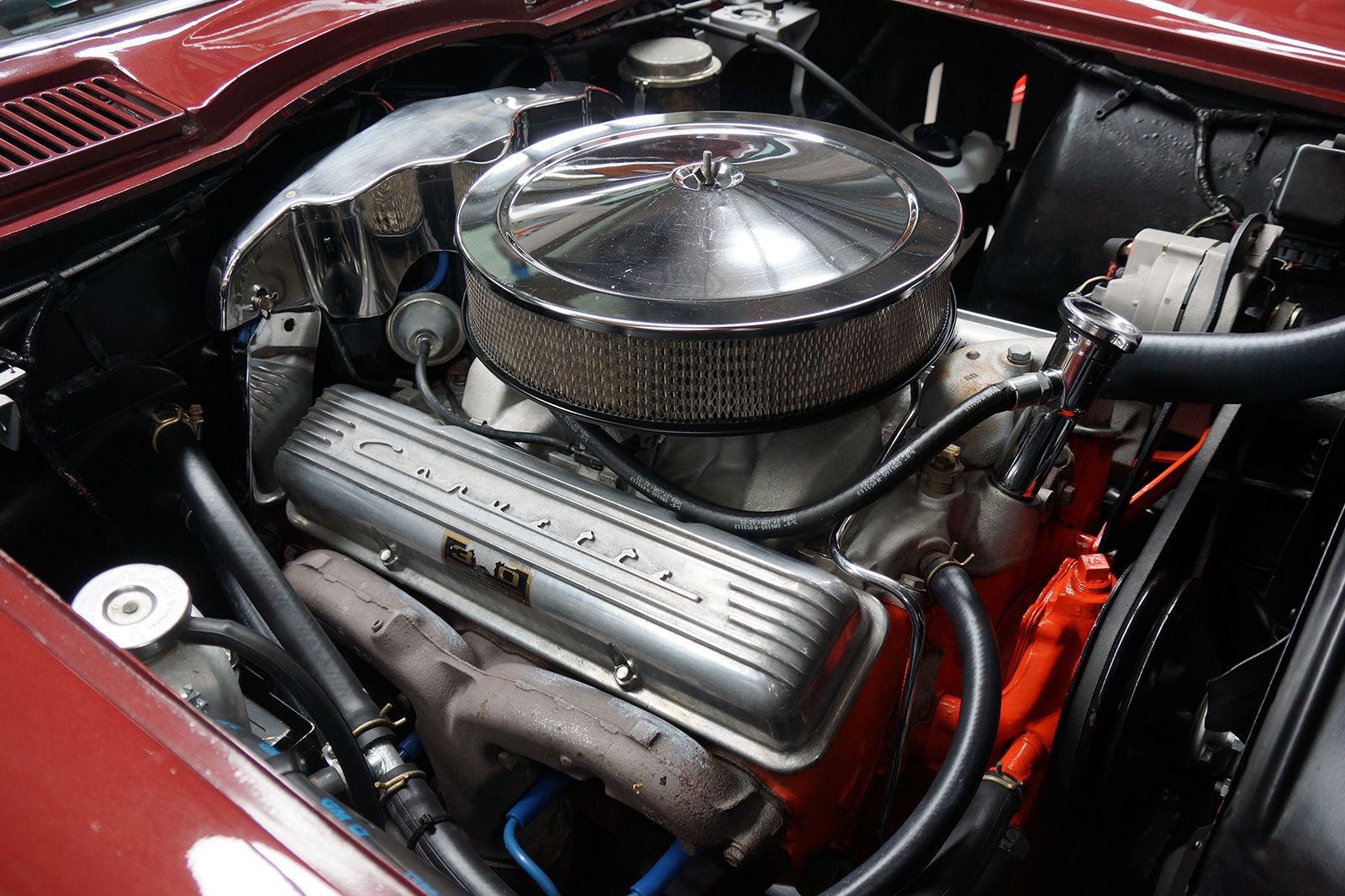 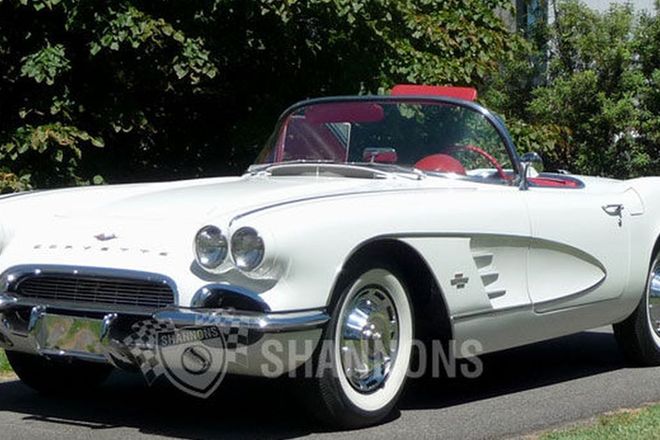 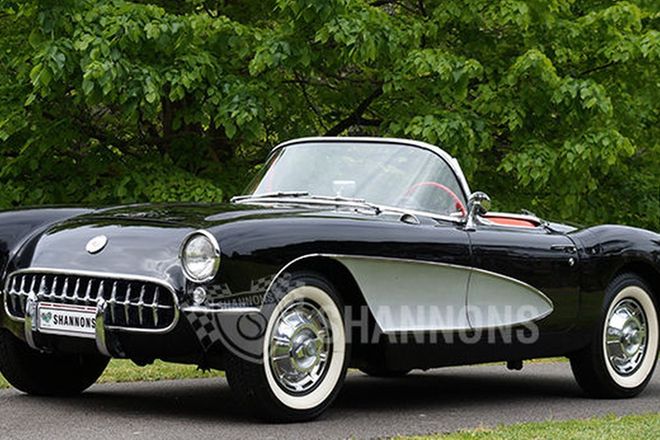 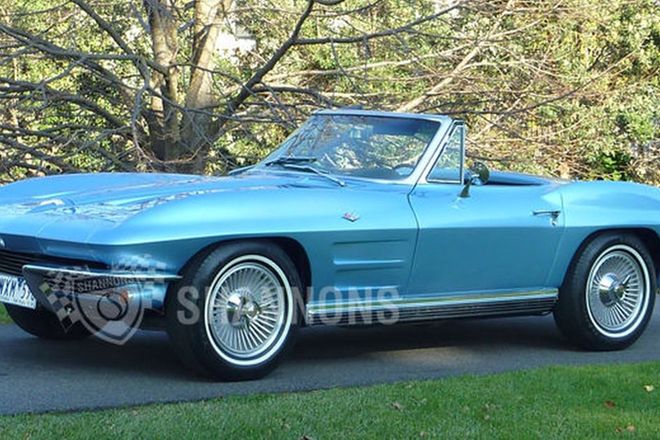 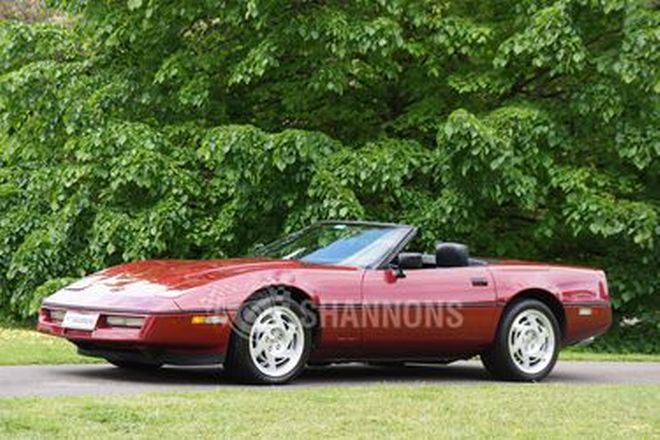