3249 people have viewed this lot

Pontiac’s unveiled its stunning third generation Firebird to rave reviews in 1982, sharing GM’s new F-body with the Chevrolet Camaro. Retaining the traditional front engine/rear drive layout of its predecessor, the new Firebird looked sensational, with modern, aerodynamic styling and unibody construction for the first time, making it both stronger and lighter. Notable features included the frameless rear hatchback and halogen headlamps hidden in the chiselled nose, while the aircraft-inspired interior featured a cockpit-like dashboard and some welcome improvements, including the adoption of adjustable seatbacks. Powering the new Firebird were engines ranging from the 2.5-litre four-cylinder, a 2.8-litre V6 and a 5-litre V8 and buyers had a seemingly endless choice of handling, trim and performance options. The high-tech image of the new Firebird was enhanced by KITT (Knight Industries Two Thousand), which co-starred alongside David Hasselhoff in the hit series “Knight Rider” for much of the early 1980s and – like the DeLorean – the Firebird remains one of the most instantly recognisable cars of the period. Pontiac progressively refined the Firebird over the course of the next decade, upgrading the powertrain, extending the list of available options and refining the styling. For the final two seasons of production, the F-body underwent a radical makeover, with bold new front and rear end styling. By 1991 the model line-up have been revised to include the Firebird, intermediate Formula and Trans-Am variants and saw the return of the convertible after a long absence. Pushing the Firebird further upmarket, the Trans-Am GTA (which stood for Gran Turismo Americano) was almost twice the price of a base V6, with a long list of standard equipment including the WS6 Sports suspension package, four-wheel disc brakes, Performance Enhancement Group (an engine oil cooler, dual converters and performance axle), special 16-inch diamond-spoke alloy wheels and aerodynamic body enhancements. Inside the GTA boasted leather appointments, four-way adjustable driver’s seat, air conditioning, a premium stereo, cruise control, power windows and mirrors. Under the bonnet, the GTA was available with a range of engine and transmission options, including both the 5.0-litre and 5.7-litre Tuned Port Injection V8s, the latter standard when ordered with the four-speed automatic transmission. Pontiac’s third generation Firebird is a rare sight on Australian roads, particularly the later restyled models and now represent exceptional value for money, being one of the most affordable American muscle cars money can buy. 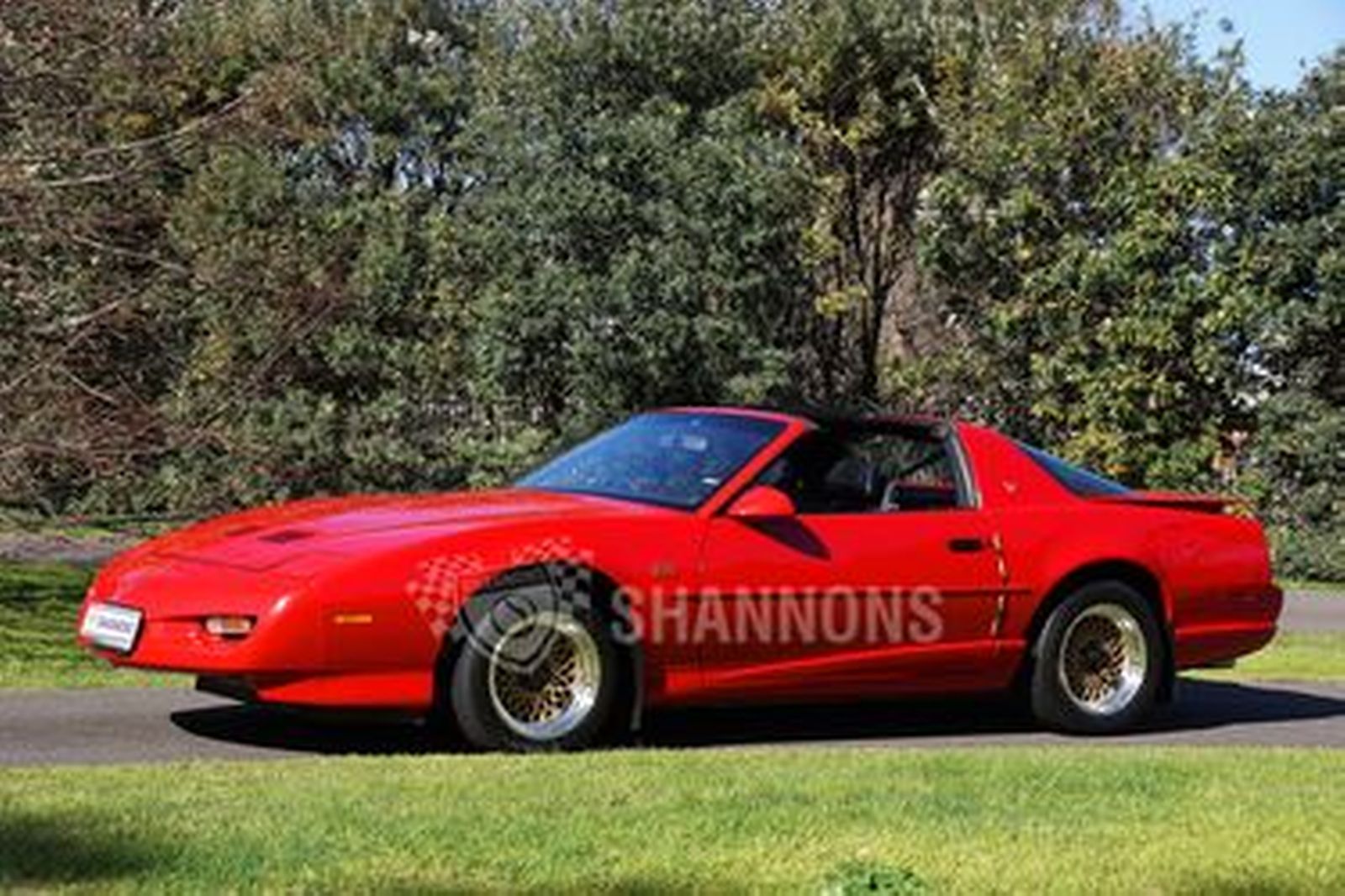