2592 people have viewed this lot

Initially used to denote hardtop versions of the Chieftan and Star Chief models in the 1950s, Pontiac adopted the Catalina name for its entry-level full-size model in 1959, a more upscale offering than Chevrolet’s equivalent Impala. By 1975 the B-body Catalina was riding on a 123.4-inch wheelbase platform with four-wheel coil spring suspension, front and rear stabilizer bars and power front disc brakes. There was a choice of four-door sedan or hardtop coupé body styles, along with the Safari wagon in either six or nine-passenger configurations, the convertible having been dropped in 1973. The Catalina was extensively restyled for 1975, with revised rooflines (the hardtop now with opera windows in the rear pillar), new front end styling featuring quad headlamps either side of the rectangular grille and triple stacked tail lights. Catalina buyers had the choice of either a 400-cid or optional 455-cid V8s under bonnet, both using GM’s three-speed Turbo Hydra-matic 400 automatic transmission as standard. Pontiac’s novel powered ventilation system and variable ratio power steering remained standard across the range, while new features for 1975 included electronic ignition and the Maximum Mileage System (a fancy name for catalytic converters and an improved torque converter). Radial Tuned Suspension, introduced the previous season as an option, was standardised, with steel belted radials improving handling and ride. Inside the Catalina was trimmed in Morrokide or tweed cloth upholstery, with chestnut woodgrain used on the instrument panel. A new fuel economy gauge was a nod to the increasing awareness of fuel consumption and the long list of available options included air conditioning, power windows, cruise control, six-way power seat and adjustable pedals, along with the Cordova roof treatment. In what proved to be the penultimate year for the four-generation Catalina, production of the hardtop just eclipsed the four-door sedan, with 40,657 assembled for the 1975 model year. 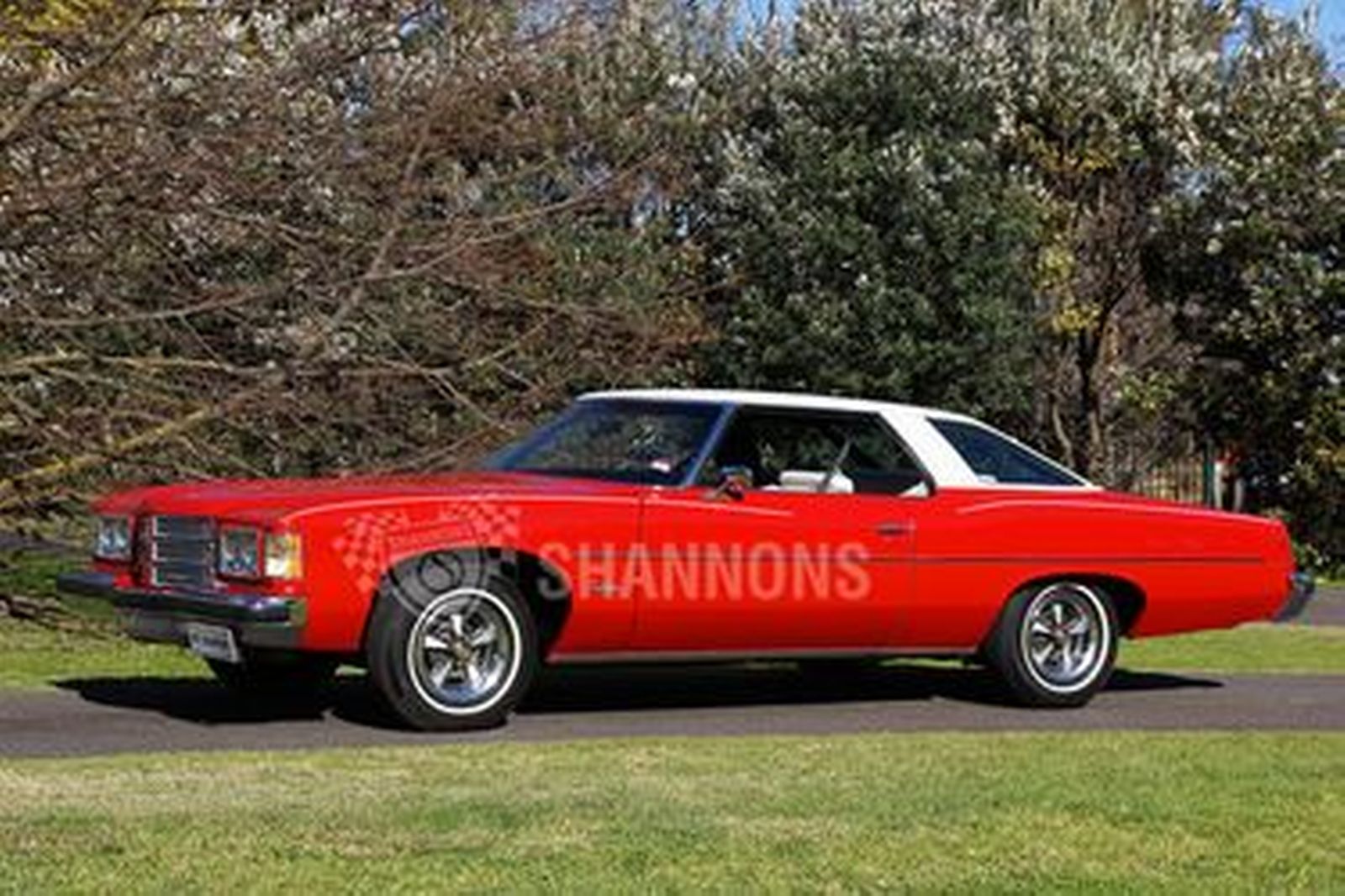